Welcoming Another New Micro-Brewery in Okinawa. Ukishima Beer is Brewed in the Nostalgic Market Area (in Naha) 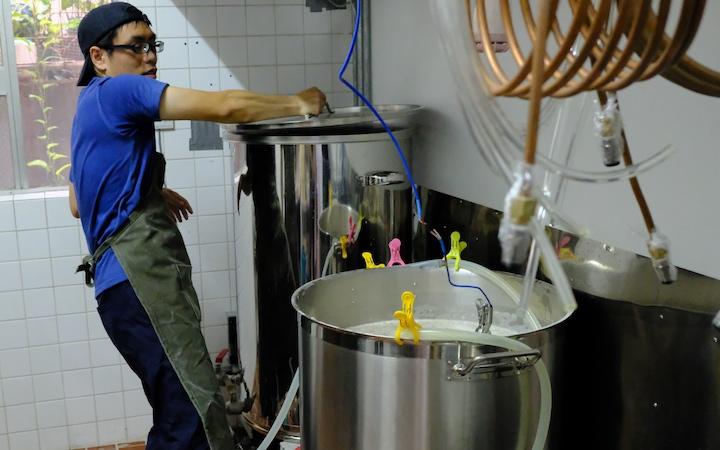 In the heart of Naha City, where locals and visitors from mainland Japan and overseas gather, is Ukishima Brewing. This little brewery opened in late 2017, right in the middle of the triangle of Kokusai, Ichiba Hondori, and Ukishima Dori Streets. It’s located only meters away from Naha’s unchanging landmark, the Daiichi Makishi Public Market. In an old building at a corner of an alleyway reminiscent of those you might find in Taipei, a group of friends gathered to renovate and create a brewery, literally from scratch. 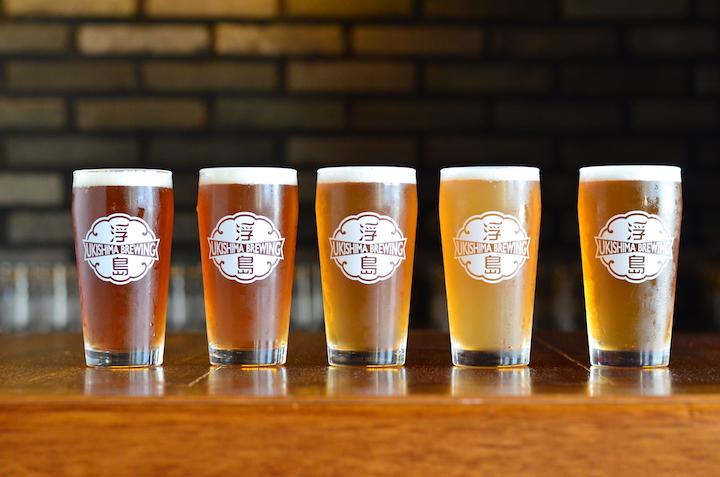 Presently, they have four main varieties of beer. They have the Weizen Beer brewed from the weizen yeast which has a banana-like fruitiness to the aroma. Because there is a good amount of wheat in the ingredient, the frothy collar is fine and it’s very easy to drink. The IPA, which was exported to India from England during the colonial period, uses a large amount of hops and gives it that sophisticated bitter taste and a heavier impression. For those who may not be big beer fans, I recommend the Golden Ale. It has a very clean taste and as you nurse it, it gives off a sweet, honey scent. With the Belgian IPA, you can enjoy a complex and classy taste. This IPA is brewed with Belgian yeast and has a higher alcohol content of 8%, and it has a melon-like fruity flavor together with a touch of floral. 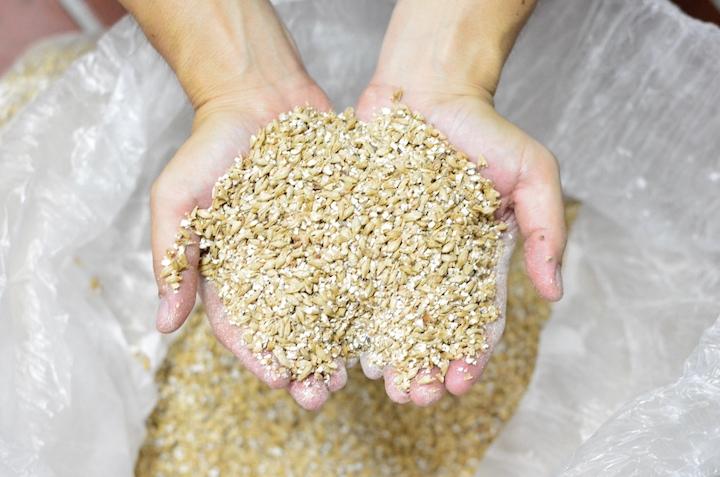 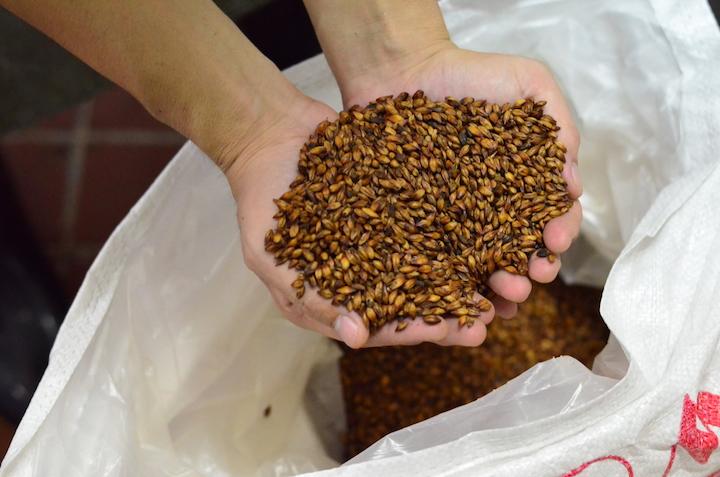 At Ukishima Brewing, they use barley malt as their base, caramel malt which give a reddish coloring and sweet scent, and wheat to maintain a good beer head. Depending on the type, they adjust the amounts and varieties and brew over 100 liters per lot. 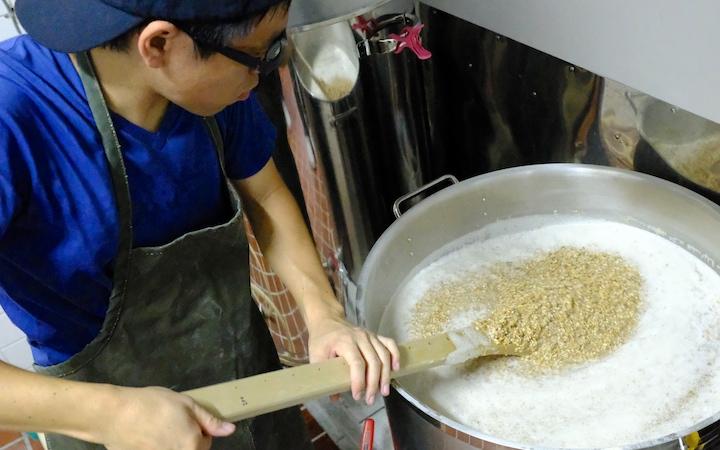 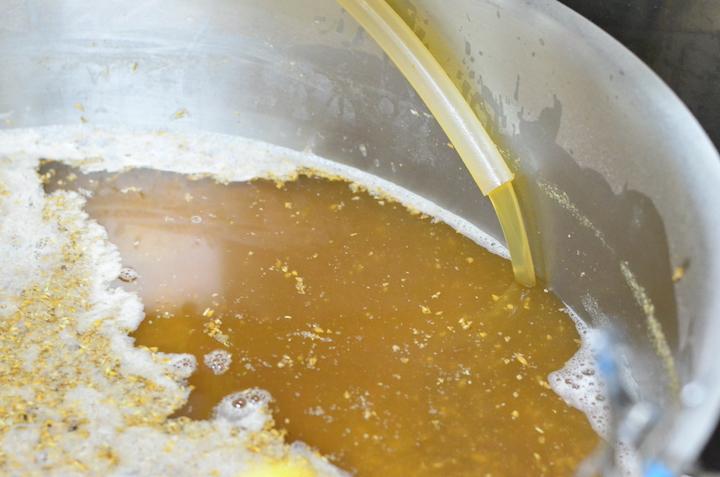 For this article, they kindly gave me a tour and showed me a part of the brewing process. When I arrived there at 8:00 in the morning, they were getting ready to start the glycation process. After adding malt into a pot, for about 90 minutes, they were rhythmically mixing a mixture using what looked like a paddle used in the Harii dragon boats. The temperature was maintained during the process for the glycation enzymes in the malt to do their work. Because the appropriate temperature varies for different enzymes, they adjust it according to the characteristics of the beer they’re brewing. 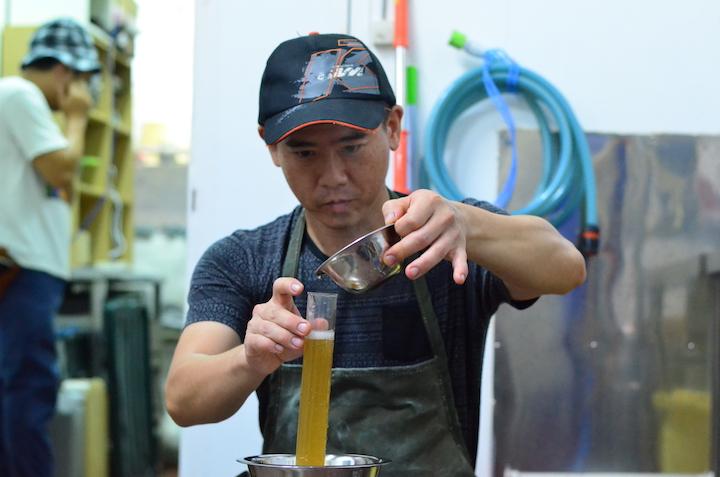 After the glycation, the malt mixture is poured into a different pot for the boiling process. This step is important, as it rids the excess protein in the malt mixture and the hops is added to balance the bitterness and aroma.

The brewer said, “As we brew, we find ways to adjust. We may want more bitterness next time, or whatever it may be, and the next batch, we adjust the amount of hops, the time of the boiling, or the amount of the base malt and caramel malt. Our fundamental method is to create good beer as we go along.” They are strictly hands-on, and they improve their products through practice, and are not afraid to try different ways. Through their process and results, they get various feedback which makes way for “the future”. They place importance on getting feedback, information and feel from the locals, and this is how they brew their local beer.

After the aroma of the hops settles in the malt mixture, the next process is the chilling. They try to cool the mixture in a short time, and prepare for the next step, which is the alcohol fermentation. The mixture is left for a week after the yeast is added, and the malt mixture full of sugars is reborn into a young beer. After another two to four weeks, the beer is matured and ready to be enjoyed. 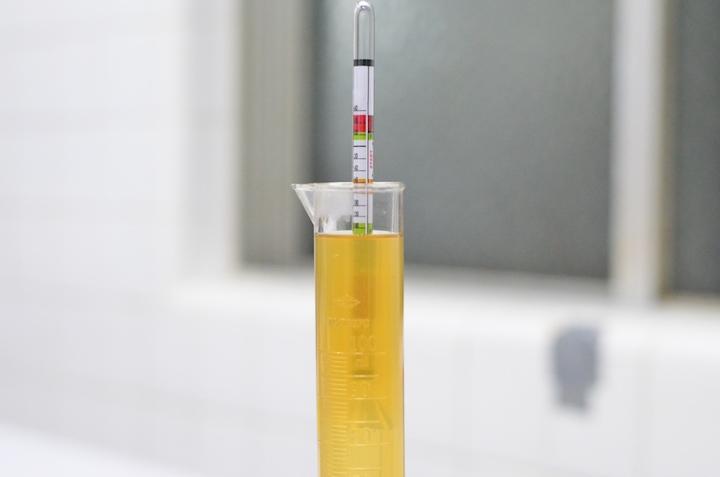 The people that run Ukishima Brewing are Mitsuaki Yuri, the representative, Kota Miyazato who is in charge of the brewing, and Shintaro Iizuka, who is the craftsman. The three are known as the three musketeers who just love craft beer. Take Miyazato-san, for example, who chose to go to the Czech Republic for his honeymoon because it’s world renown for their beer, and needless to say, he enjoyed the beer while there. He said he always loved beer but he was hooked after reading the manga, Moyashimon, which depicted the allure of microorganisms and fermentation. It was when he first encountered Belgian beer when he was truly awakened to craft beer.

Iizuka-san, who relocated to Okinawa from Tochigi to start Ukishima Brewing, says, “It’s great that you can enjoy so many different kinds of tastes.” He says it was love at first sight when he encountered craft beer in Kitami City in Hokkaido, known to be the location of Japan’s first microbrewery. 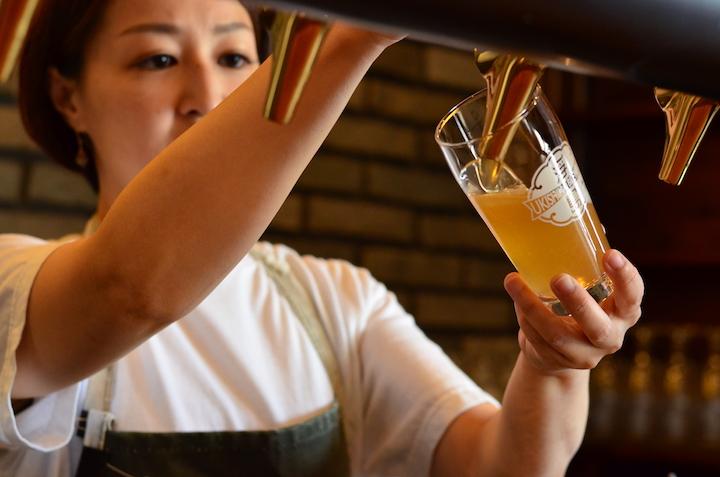 Yuri-san shares, “I was surprised with all the differences I found compared to the beer varieties we drink regularly. The characteristics and tastes that vary by brand are interesting as ‘research material’. I was very intrigued, from a crafting point of view, too.” Yuri-san, like Miyazato-san has also been involved for many years in community efforts, and that remains unchanged. He says, “Beer is widely popular and it’s a type of beverage where the maker can really make unique statements. Craft beer here at this location, in Ukishima in Naha, was also another great way to add to the interesting community here.” Yuri-san has been involved in the revitalization efforts in the shopping arcades where tenancy has declined over the years, and he is working hard still to attract people to the Public Market area. He believes that being one of the constituent in the makeup of the community allows him to offer better and more realistic advice, feedback, and suggestions to the shop owners and the shopping area as a whole. 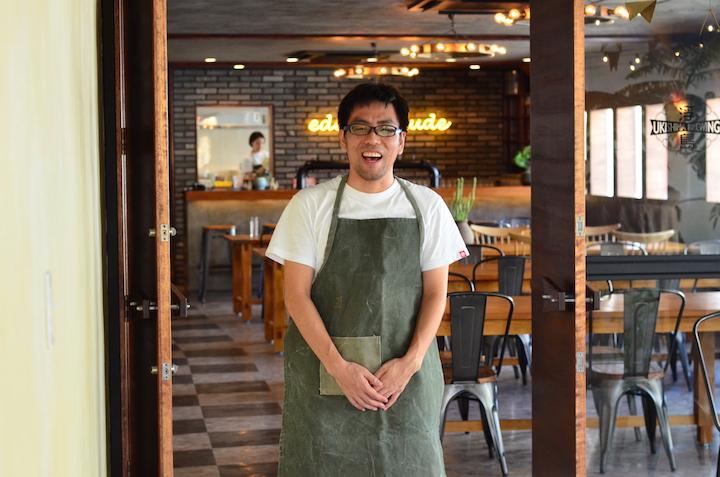 Delicious tastes can change a community. With that belief, they opened a delightful shop on July 13 (2018), for people to enjoy freshly brewed beer from Ukishima Brewing. They named it Ukishima Brewing Taproom. There, you can enjoy the great beer they create, together with wonderful dishes inspired from port towns in Okinawa and around the world, created by Chef Sergio, who is third-generation Okinawan-Argentinian. From the heart of Okinawa to the world, they introduced Ukishima Beer, which is still a newly born beer, but its presence is strong and the taste is world-class. When you find yourself in Naha, I highly recommend you stop by. 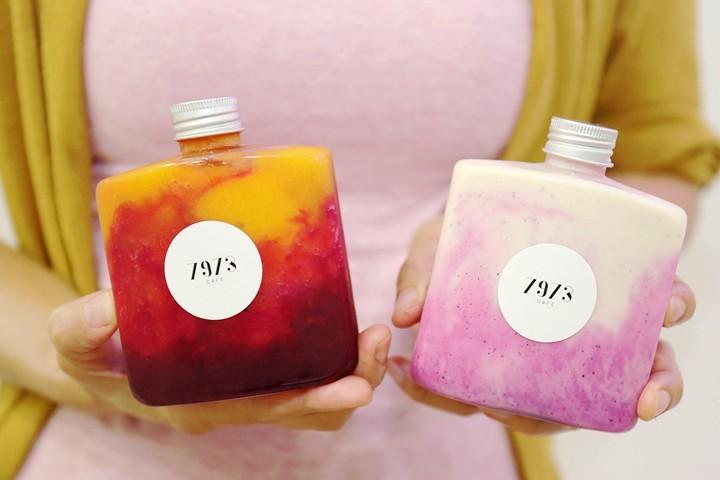 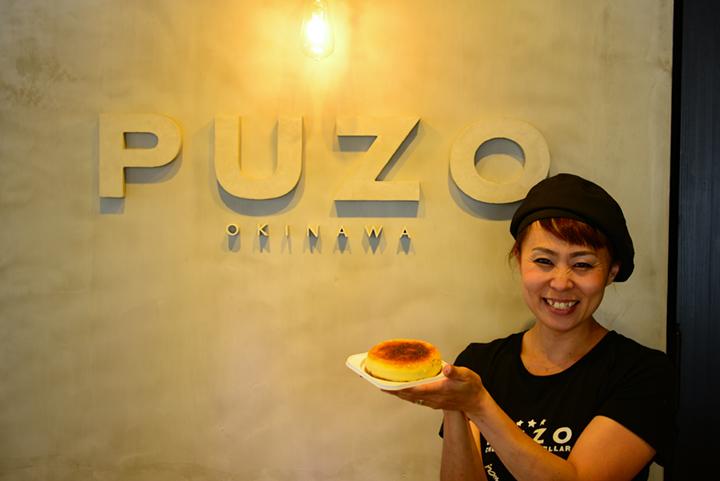 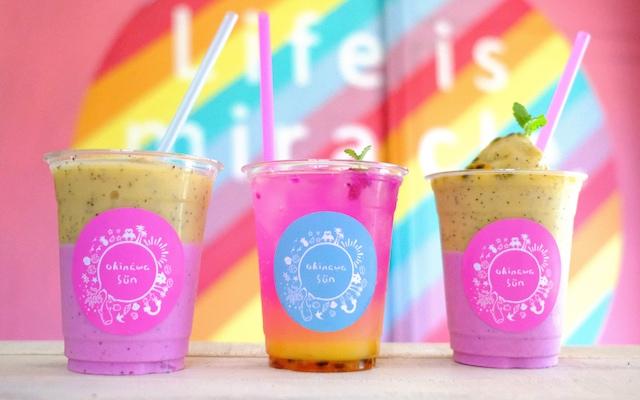 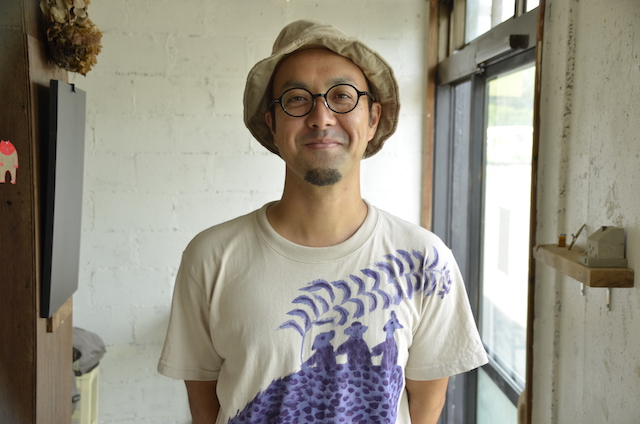