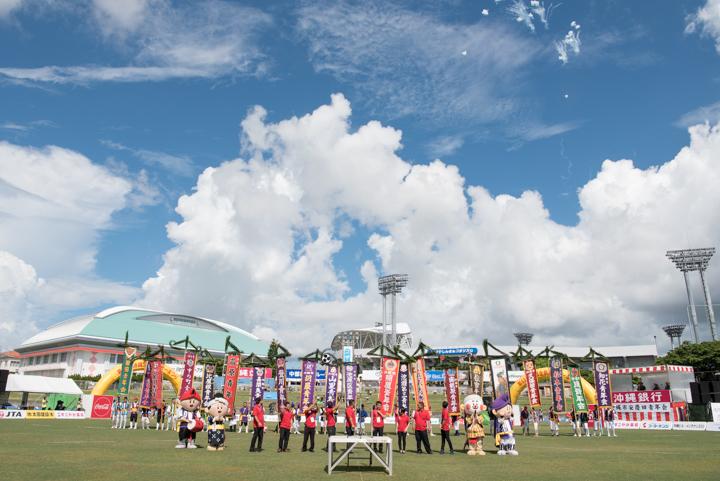 The second and middle day of the Okinawa Zento Eisa Matsuri last year was the 40th Okinawa City Seinen Matsuri, a festival that saw various Seinenkai or youth groups from each of the communities in Okinawa City, putting on great Eisa performances. (The festival started at 15:00 on the second and third days at the athletic field in the Okinawa City Koza Athletic Park.) For all the fans of Okinawa City’s Koza Eisa, it was a great event! There were also guest performances by groups from Uruma and Ginowan, cities that are also known for their lively Eisa activities. Every group was very enthusiastic and pumped to perform. At the opening ceremony, 21 flags of the Seinenkai groups in the Okinawa City Youth Group Association were held up high. 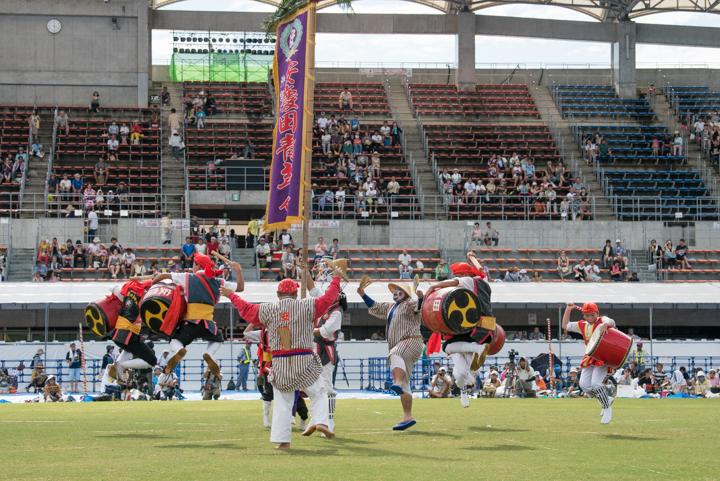 On the second day and the third day (third day being the last day), there were free areas (near the performances and on the grass) as well as a paid admission area where you could sit back and enjoy the view of the whole performance area from the elevated seats (S, A, and B seats). The best thing about seeing the performances from these seats was that it offered a great view of the various dance formation. Now, on with the performances! The first group was Ageda Seinenkai (of Ageda, Okinawa City), and their powerful swings were exciting to see! 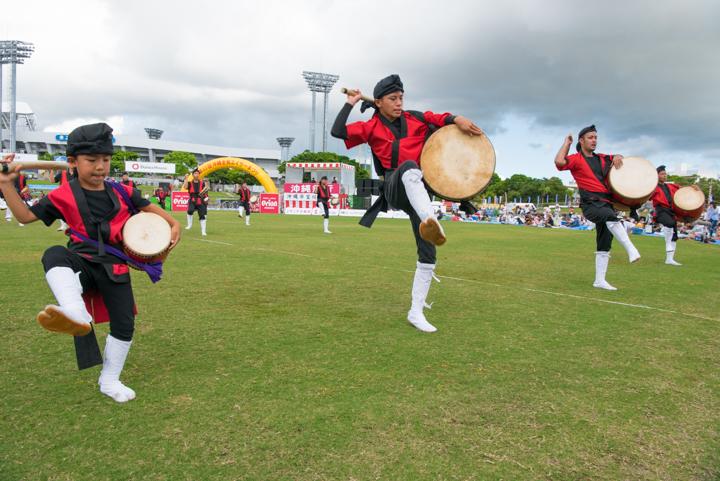 Next came Murokawa Seinenkai (Murokawa, Okinawa City). One of the songs they danced to was the Yutaka Bushi, a song written by one of the legends of Okinawan folk music, the late Mr. Seijin Noborikawa, who was originally from Murokawa. 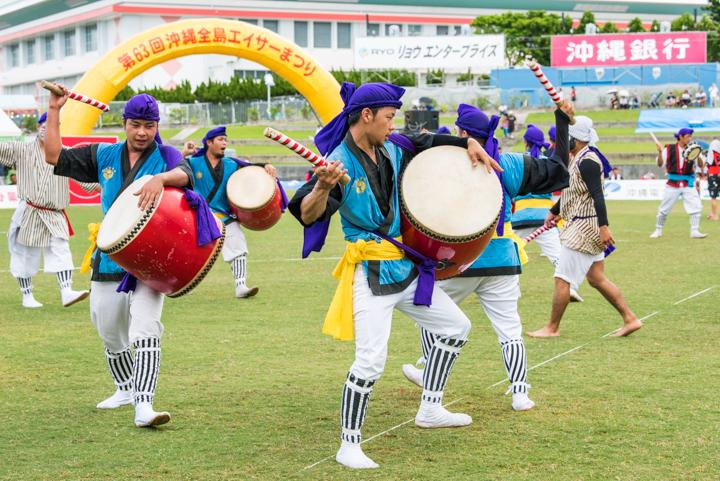 Up next was Chibana Seinenkai (Chibana, Okinawa City). What made this group unique was that the tempo of the songs were generally more relaxed. There were also dance moves that were very distinctive, like in one of the songs, Tanchame, the performers struck the drums of those beside them. Also notable was that the Teodori dancers wore kimonos with traditional patterns of Chibana Ori textiles. 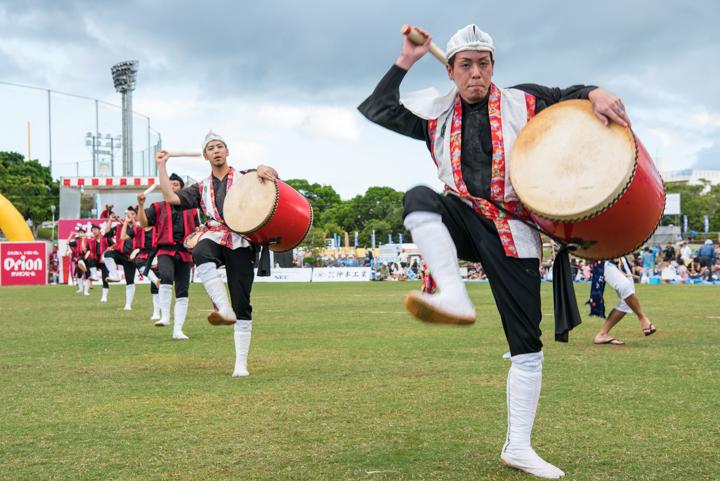 Next was Teruya Seinenkai (from Teruya, Okinawa City). In one of the songs, Toshindoi, they displayed both vigorous movements and graceful slow dance moves and showed their unique style. 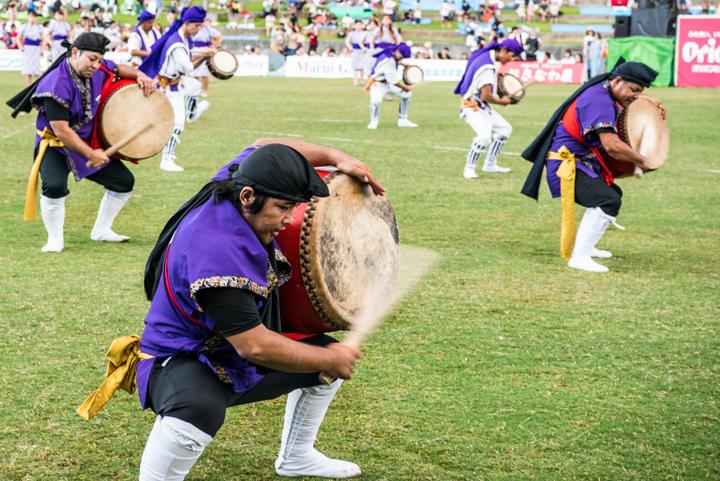 The fifth group to perform was Kamara Seinenkai (of Kamara, Okinawa City). The formation changes and the vigorous dance moves in the last half of their performance was exciting and entertaining. 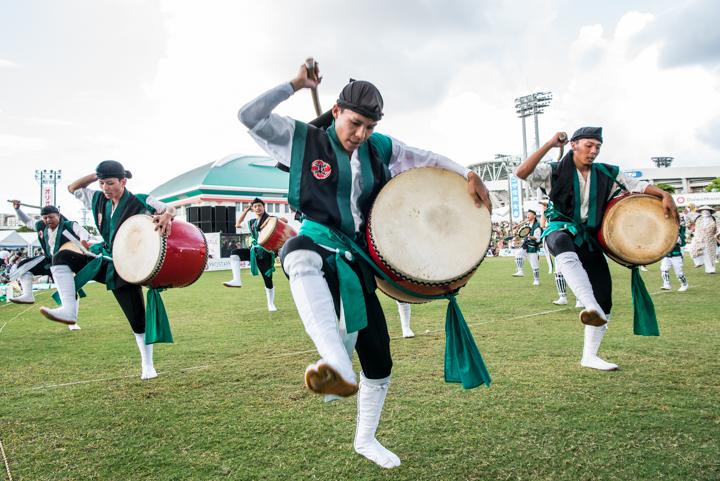 Next came Higashi Seinenkai (from Higashi, Okinawa City). The powerful performances by the men with their large Odaiko and smaller Shimedaiko drums were fantastic, as well as the graceful Teodori hand dances by the women using Yotsudake clappers and fans. 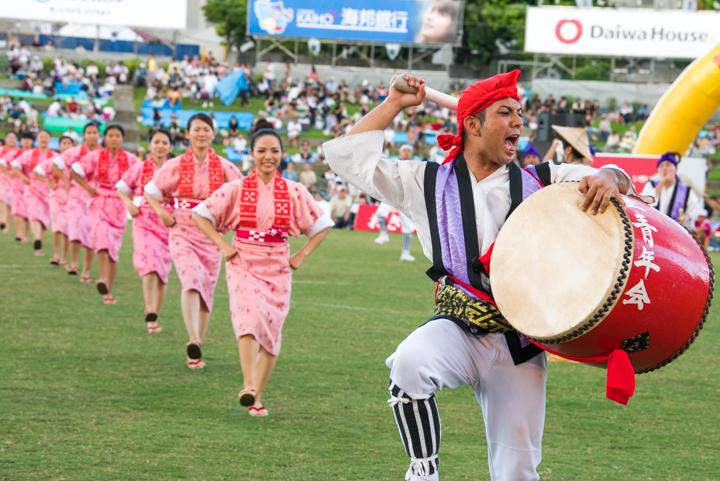 The costumes and Teodori by the female dancers in Goya Seinenkai (of Goya, Okinawa City) were beautiful, too. Above all, though, the fast-paced drum dancing was a great performance! They also had their own original accompanying song, Goya Kouta. 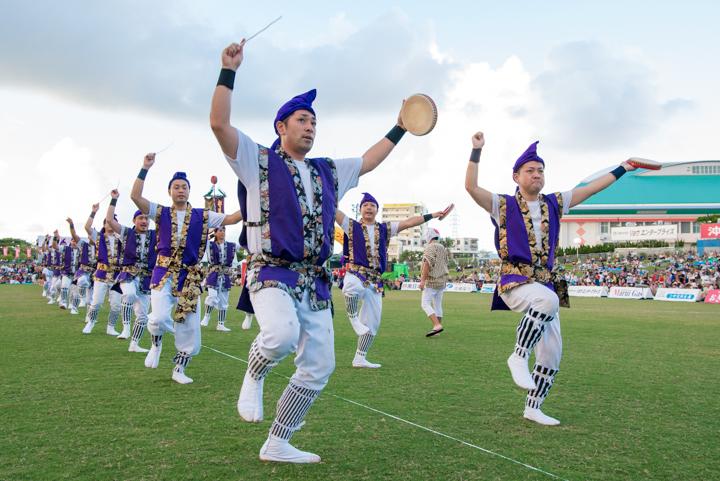 Next, hailing from Uruma City where Eisa is just as popular as it is in Okinawa City, the Gushikawa Seinenkai were the guest performers. One of the features of Uruma City’s traditional Eisa is their use of the handheld Paranku drums which displays the beautiful Eisa performance style from long ago. This is the oldest Seinenkai in the former Gushikawa area, and it was their first participation in the Okinawa City Seinen Matsuri in over ten years! 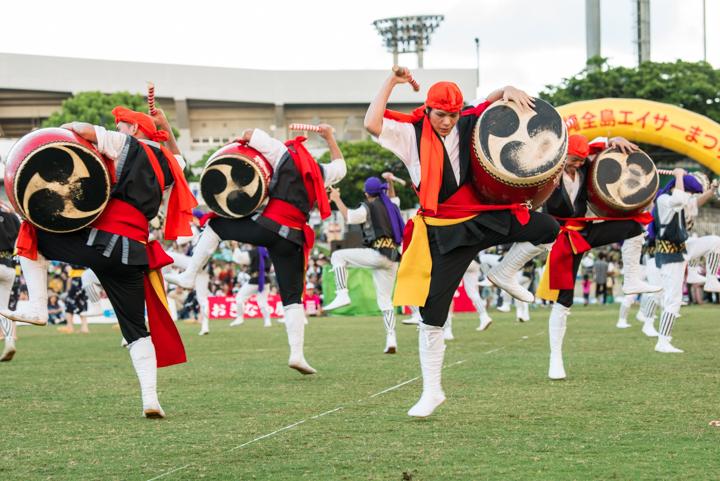 Next came this popular group, the Moromizato Seinenkai (of Moromizato, Okinawa City). Their sharp and well-defined movements with their drumsticks were magnificent to see. In the Moromizato community, a traditional event called Hata Sugashi is still held on the day after Ukui of Kyu-Bon, and they used one of these flags as a Hata Gashira flag during their performance at the Eisa Festival. 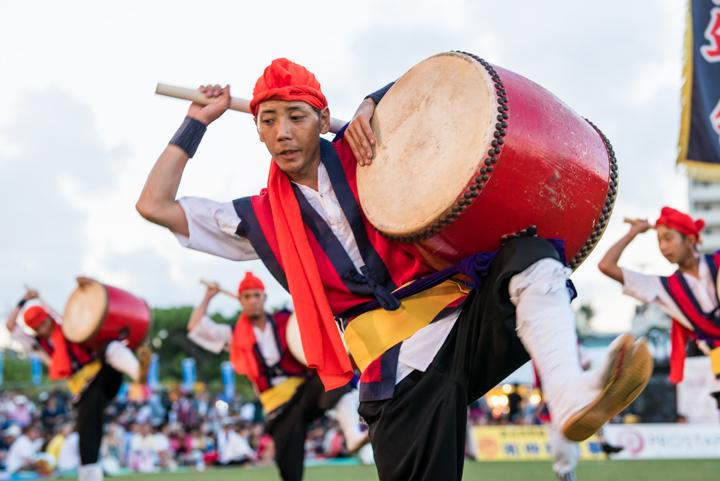 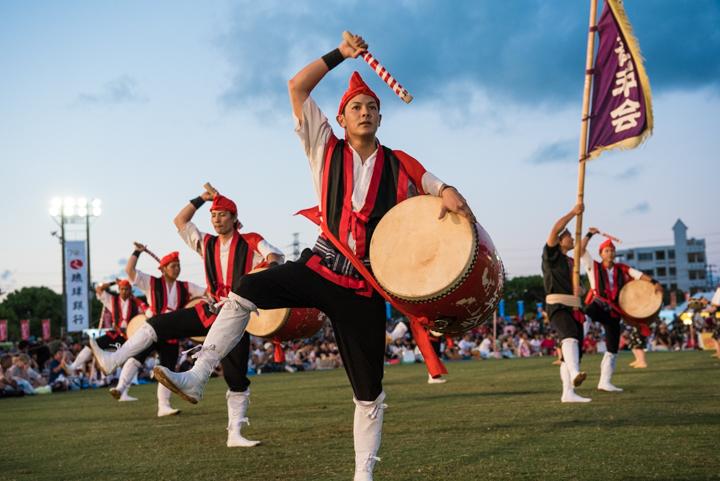 Around sunset came Ikehara Seinenkai (of Ikehara, Okinawa City). Their dance features a bell called Kenkena (which is made by reusing ammunition shells from the Battle of Okinawa), which they ring as they performed their dances. The bell chimed from behind the Teodori dancers, so the whole formation was interesting to see. 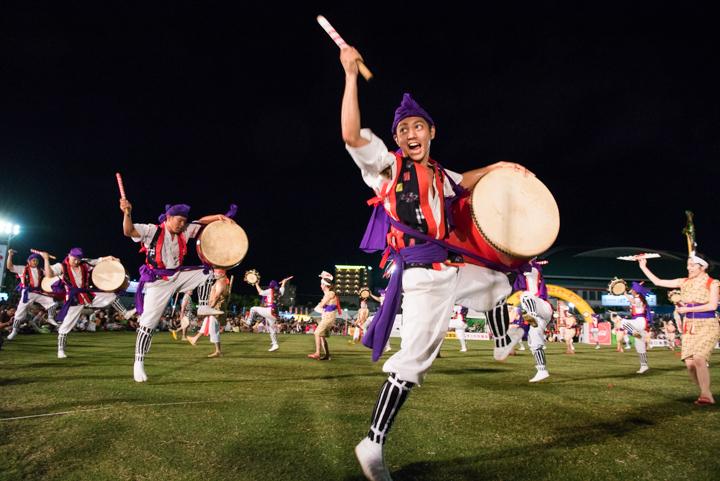 Another group of guest performers was the Isa Seinenkai from Ginowan City. Every year, it’s exciting to see which group will be there to perform. The Isa Seinenkai has a unique performance of Sanda Odori before their Eisa performance. Sanda is also known as Chondara in Okinawa City, and they’re the comedic performers that lead the formation of Eisa drummers. What was most impressive about the Isa Seinenkai performance was how the big Odaiko drummers were very enthusiastic in their performances. For the Nisei-ta, or the young men, it’s a great honor to perform at the Okinawa Zento Eisa Matsuri, and also a fun treat after finishing their three-day Eisa performances in their communities during the Kyu-Bon period. The smile of the performer above says it all! 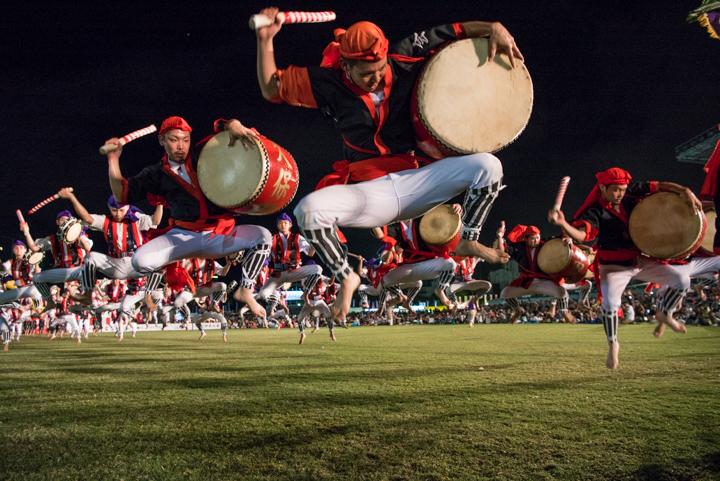 The powerful and energetic performance captured above is by Kubota Seinenkai (from Kubota, Okinawa City). One of their Hata Gashira flags read Kubota Seinenkai, and another said Higa Seinenkai. This is because when their Seinenkai was first established, they were representing the Higa district. The Kubota Seinenkai has taken great care in preserving their traditions from that time, and also have introduced new aspects to continue evolving. Their dynamic Eisa performance was greatly entertaining. They are also unique in their musical selections, too, using the classical song Tachi Utushi, and another, a Kubota original, the Kubota Nisei-ta. 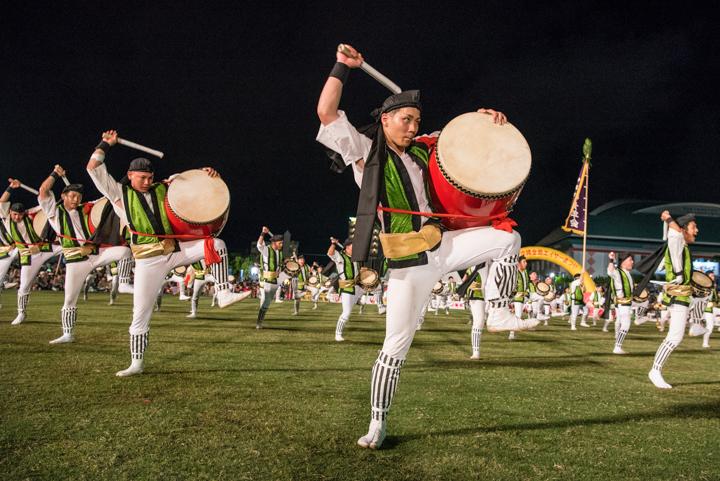 The last performance on the second day of the Festival was by Nakanomachi Seinenkai (of Nakanomachi, Okinawa City). Their group had over 100 dancers and was very exciting to see! Their enthusiasm for Eisa spread throughout the whole venue and the audience cheered them on. After all the performances were complete, next came the Kachashi, and the laser show. The Kachashi was fun to see all the members from all the Seinenkai dancing their hearts out and having a great time. For them, Zento Eisa is a festival for the performers to have fun, too.

(*Next article will be on the 40th Okinawa City Senenkai Matsuri.) 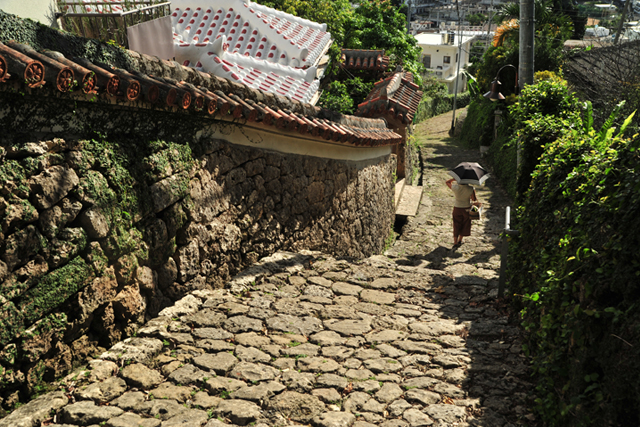 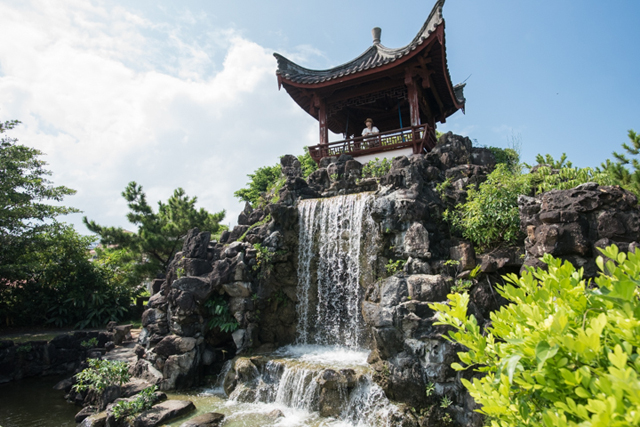 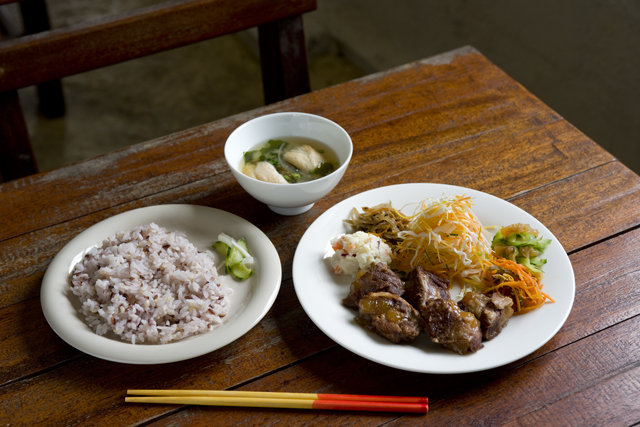 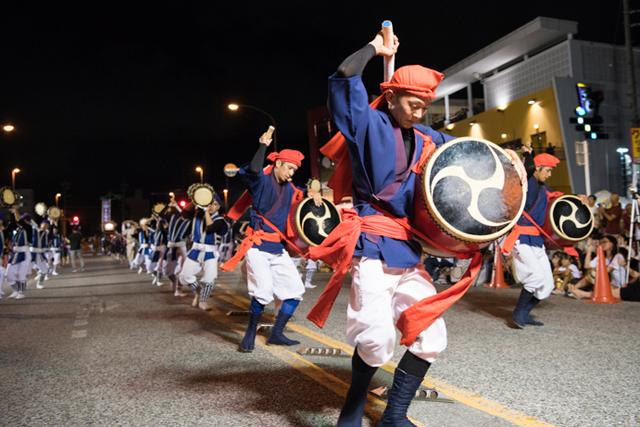 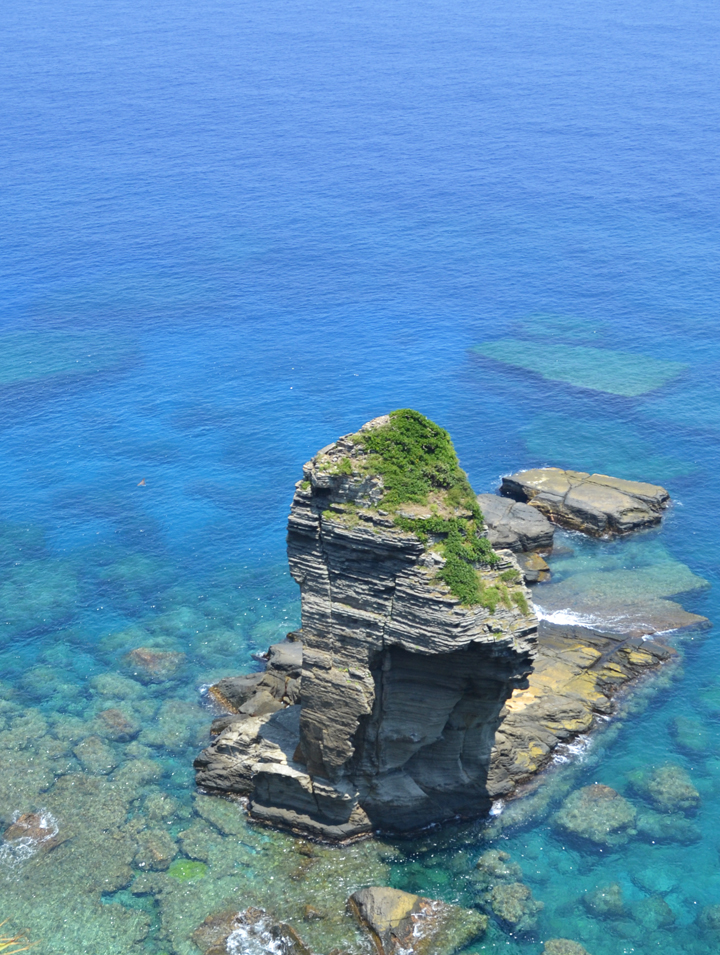 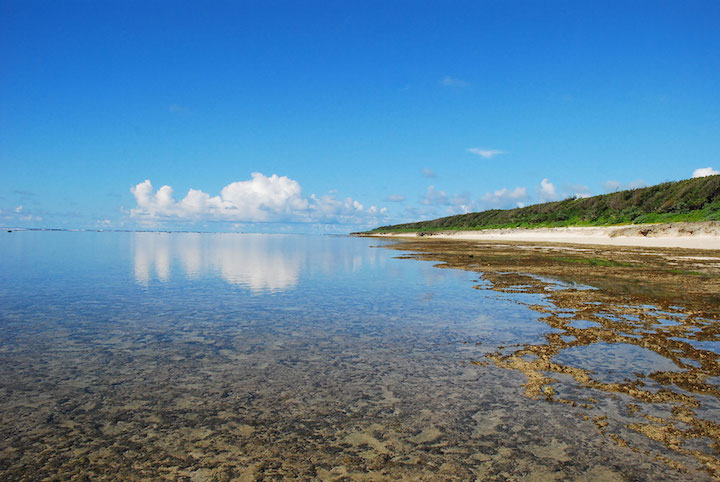 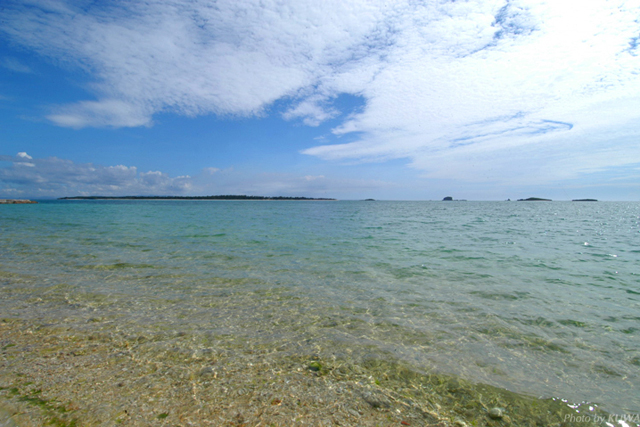