“Gusuyo Chuuganabira” (“Greetings” in the Okinawan language). Kyu-Shogatsu, or the New Year’s according to the lunar calendar this year was on January 25 (it was on February 8 when the original Japanese article was written in 2016), and here in Okinawa, celebrating lunar New Year’s is still deeply rooted into the communities. In places like Itoman City and the Katsuren area, known as Uminchu (fishermen) towns, the Kyu-Shogatsu is a very important celebration. There are many events held for lunar New Year’s in Okinawa, and among them, I’d like to introduce the Okinawa Wakamizu Legend in this article. 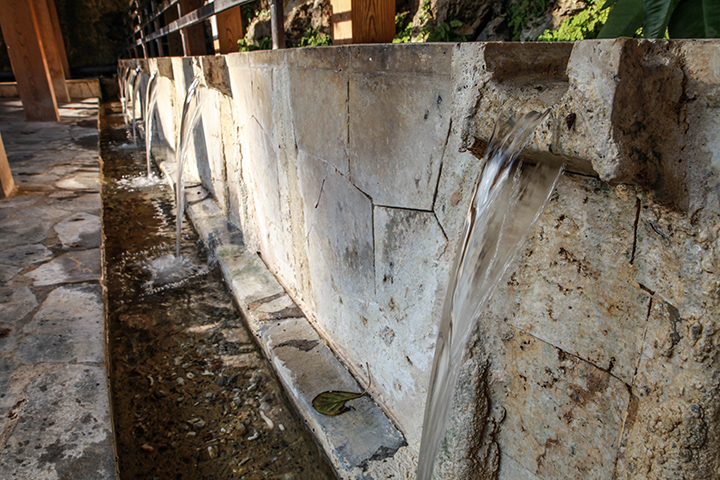 Wakamizu is the first drawing of water in the New Year, and it is a custom observed across Japan. The custom of Wakamizu in Okinawa can be traced back to the period when Okinawa was still the Kingdom of the Ryukyus, when Wakamizu began to be presented to Shurijo Castle during the rule of the then King Sho Shin (1477 to 1526). According to legend, in the ancient past, the Moon tried to let humans become younger and drew water from heaven for the people, but accidently spilt it on Earth. Where the spilt water fell was a serpent, and as the heavenly water fell on it, it shed its skin and became younger. It is said people saw what happened to the snake and washed their hands and legs with the same water and restored their youth. Since then, people believed that those who woke early on New Year’s Day and collected the first water or Wakamizu, and splashed it on to themselves (known as Omizunade in Japanese), were able to restore their youth and spend the next year in good health. Up until the beginning of the Japanese Show Era (1926-1989), voices of vendors could be heard in the residential areas in the morning of New Year’s Day, calling out’ “Wakamizu Debiru, Wakamizu Usagiyabira (Wakamizu for sale, Wakamizu for your offerings)”.

During the period of the Ryukyu Dynasty, Noro priestesses were dispatched at the end of the year from Shurijo Castle to Hedo in the northern region of Okinawa Island in order to draw sacred water from the area.

There are a number of locations throughout Okinawa Prefecture where water flows from springs, and among them, I recommend Ukkaga in Kin Town, situated on the eastern coast of Okinawa Island. 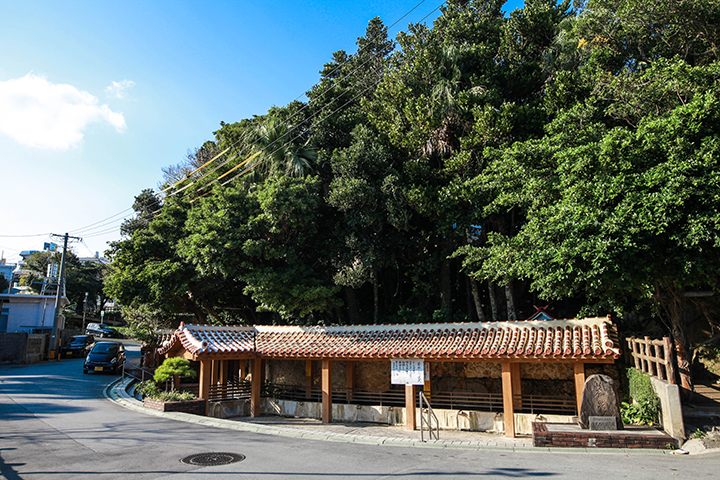 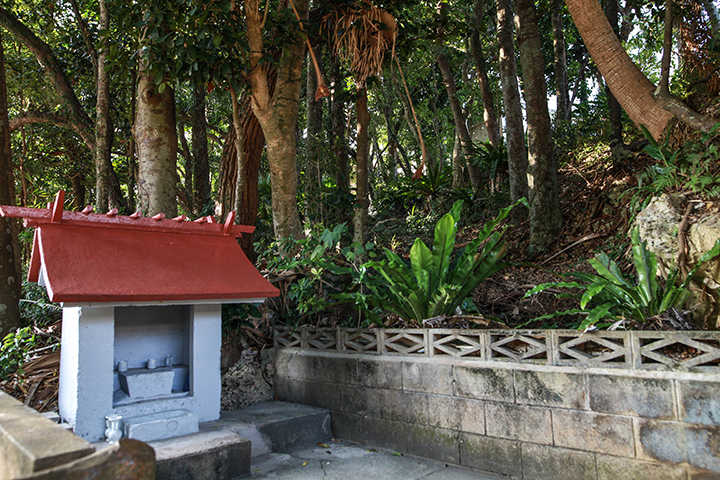 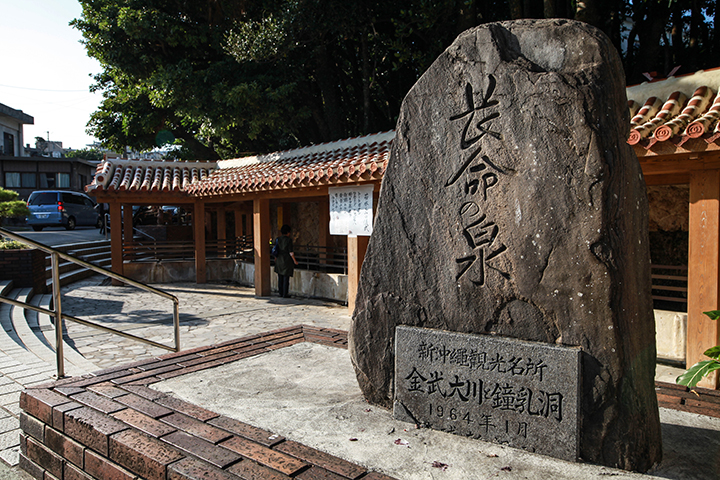 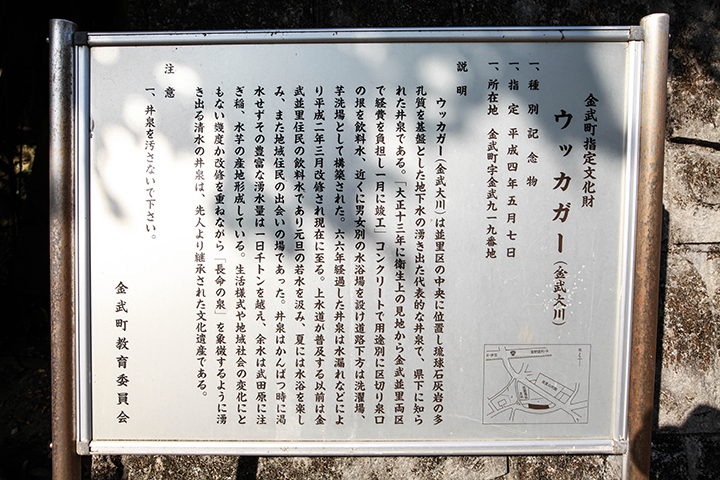 With the Kayama in the background, the pure, clear water that flows at the communal water spring at the center of the Namisato community in Kin Town boasts one of the most abundant flow of water in Okinawa! At the foot of the community is a vast field of taro potatoes and you can enjoy the beautiful scenery that’s rich with greenery. 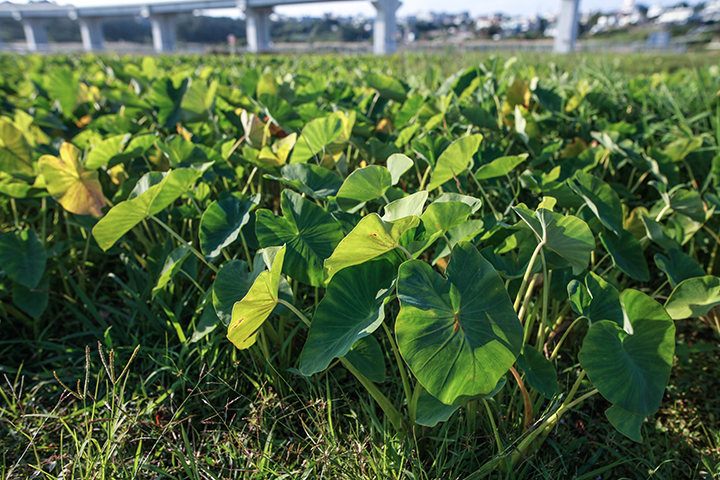 Found throughout Okinawa are natural springs that flow through the underground limestone caves formed by what is known as Ryukyu limestone. Even then, Okinawa doesn’t have large mountains and rivers, and so water source was always very precious. Nowadays, all we have to do is turn the faucet, but not so long ago, these springs were important to support the lives of the people to bathe, drink, wash, grow food, tend to domestic animals, and various other needs.

Naturally, people gathered at the springs, enjoyed conversations with others, and these places were always full of smiling faces. Gazing at the water that continued to flow, I couldn’t help but think about people of the modern world, how our ties and bonds with others may have dwindled since those days in the past, and about our communication skills, and the nature of regional societies.

One of the reasons why I decided to focus on the Ukkaga in Kin Town for this article was because when I went there to take photographs, I happened to come across local children and elders of the neighborhood gathered at the spring and enjoying a pleasant conversation. I felt that there was something here that has been lost or is lacking in the modern societies. Ukkaga is an irreplaceable part of the lives of the locals, and it is also designated as a cultural property by the Town of Kin.

When children respect their parents and the parents care for the elderly. When the weak are assisted and the strong are defeated, and when we are able to raise our children as a society and support each other with wisdom or Munu-narashi (teaching of truth, reason and justice). Then, we can perhaps make the world a better place.

How about a visit to Kin Town to cleanse your body and mind with the Wakamizu of the New Year, as you enjoy the sights of the traditional scenes of Okinawa still found in Kin, and take the time to spend a little time with yourself? 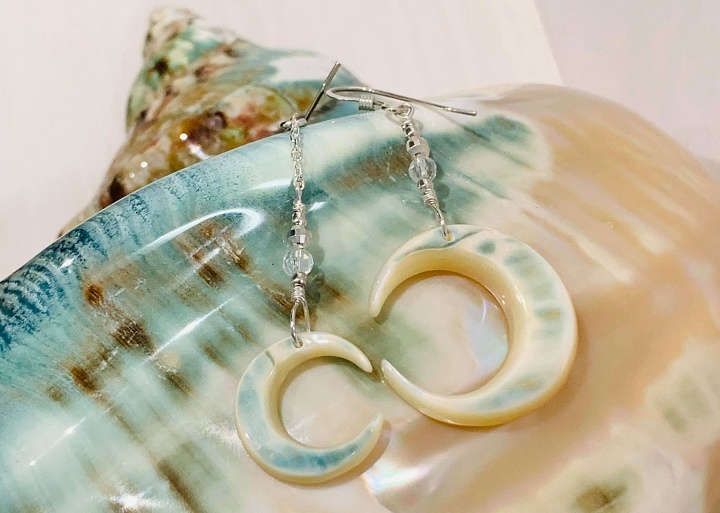 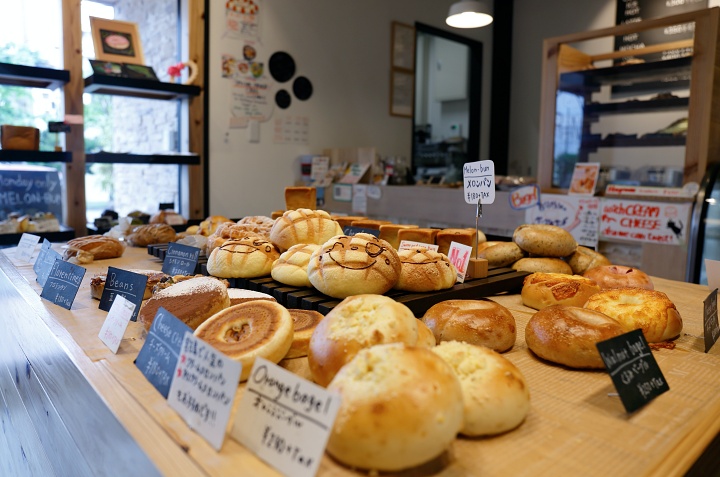 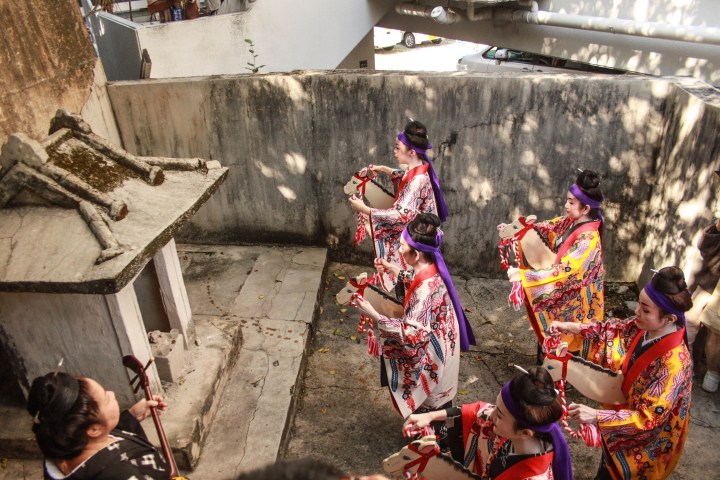