"Shichi festival was held for 3 days of Nov 19th to 21st, which has 500 years of history and disignated an important intangible cultural heritage at Sonai and Hoshitate area. Sonai and Hoshitate are next-door neighbor and oldest area on Iriomote island. The festival is considered new year's day for farmers and the biggest traditional event prayed for the productiveness of grain and state of perfect health. The first day is called "Tushi no yu". Traditional ceremonies and dedication traditional arts are shown on second day called "Yu-kui", and gratitude ceremony as well on third day called "Tsuzumi". On 20th at Hoshitate, Yu-kui ceremony started when high tide. 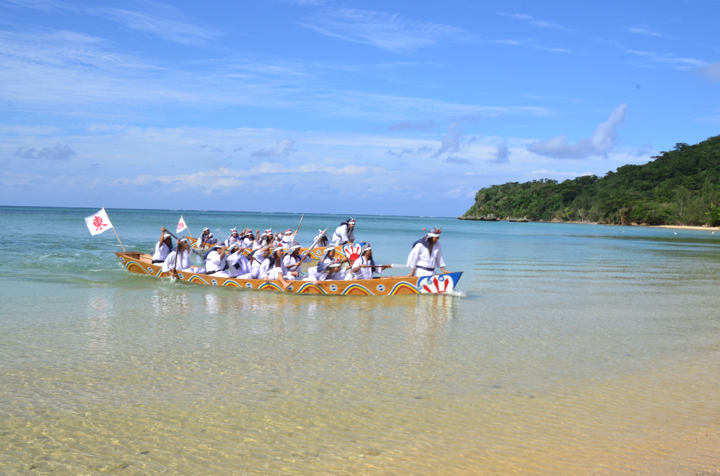 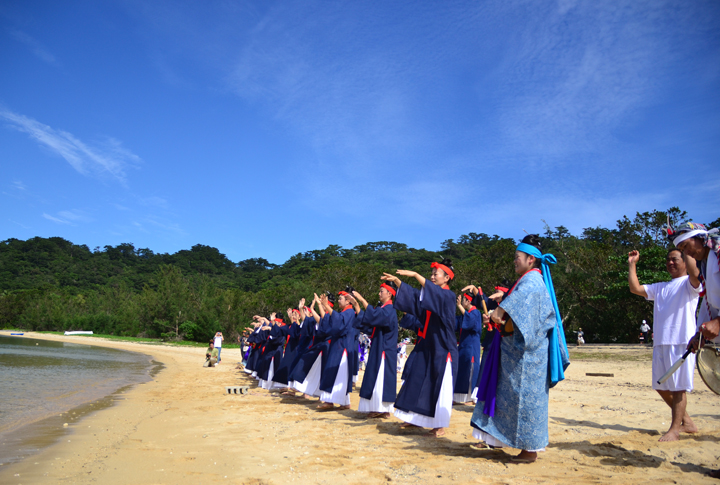 "Pa-rya", rowing and pray ceremony. Men are rowing boat and women are hand-beckoning on tough condition as temperature of 29 degree celsius. All ceremonies done at the beach, and moving to Hoshitate Utaki(sacred place) nearby to dedicate traditional art performance such as Kyogen, Bojyutsu(stick fighting), and Shishimai(lion dance). "Anga dance" that women dance making a circle and 4 of "Tu-chi" considered as main characters dance in the circle. 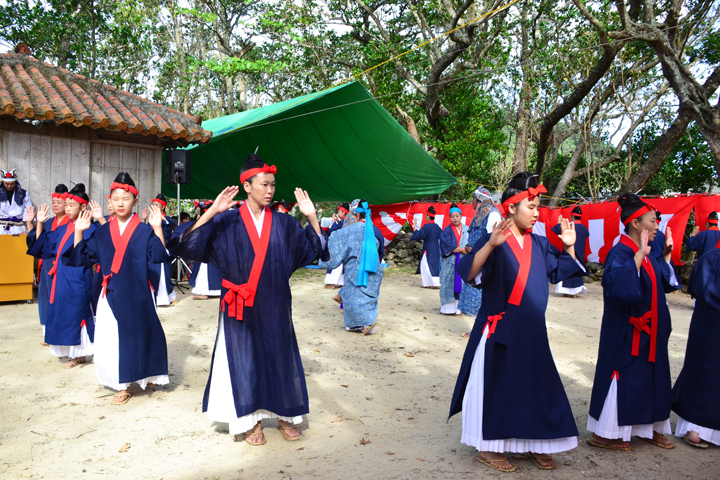 Sanshin which is used most traditional events in Yaeyama area, is not used for Shichi festival. Only songs and drums. The songs are older than the songs with sanshin. 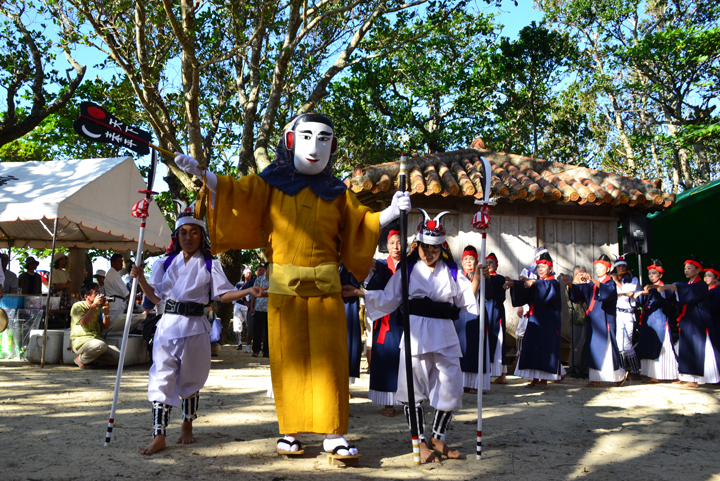 At stately atmosphere of the ceremony, he laughs "Ohohohohohoho" spreading at Hoshidate area. "Ohoho" shows up. 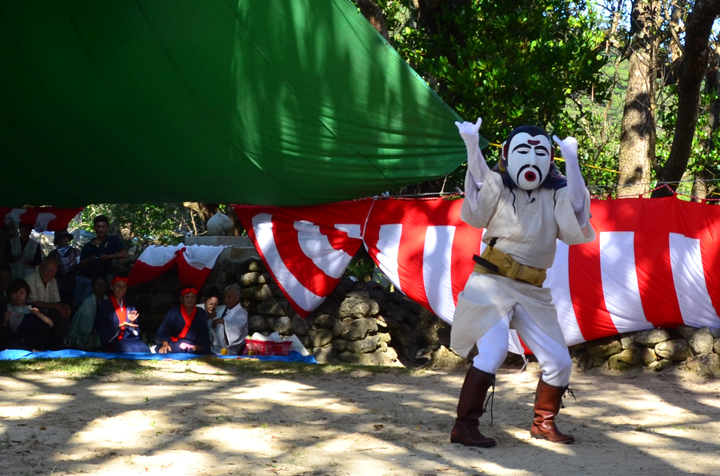 Apeeared with strange laugh and showing money to tempt chindren and women, but no one is interested in. Ohoho is considered a god from overseas because wearing boots and has a language barrier. The reason that a god like Ohoho shows up is unknown. 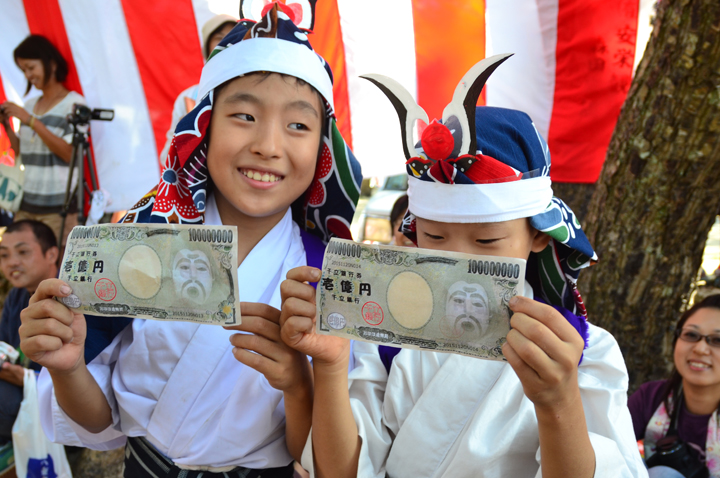 Money that Ohoho threw around. 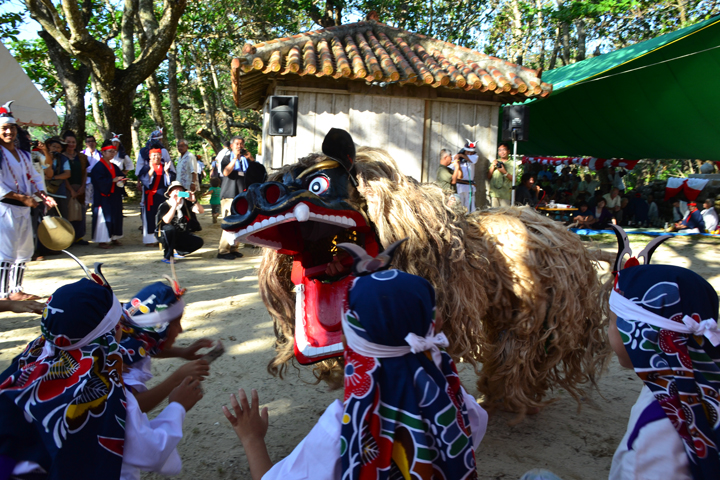 For Shishimai, kids try to get bitten. Dedication and praying ceremonies have been held at local traditional event since 500 years ago. It will be held on Nov 13th to 15th, 2016 this year. Let's go to see the holly traditional event in Iriomote. 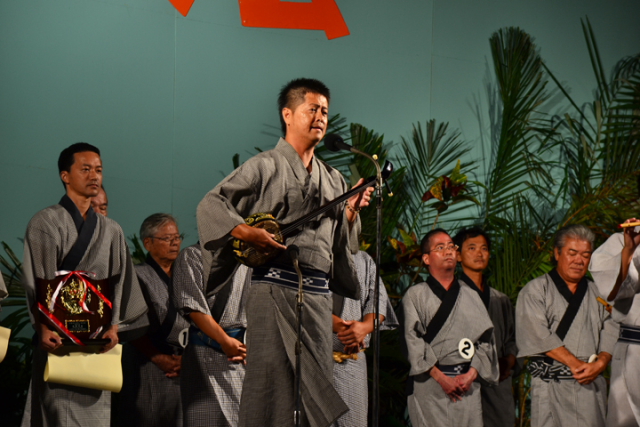 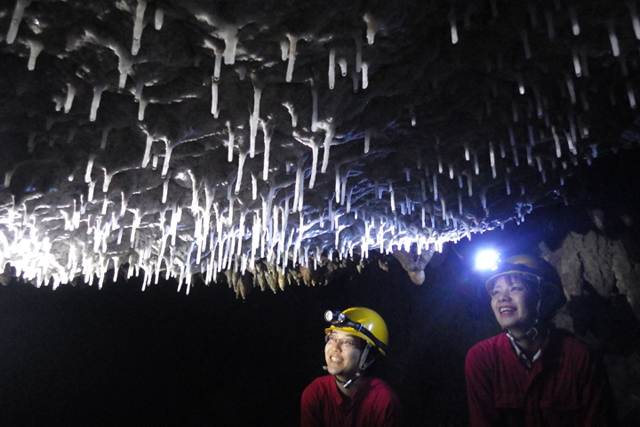 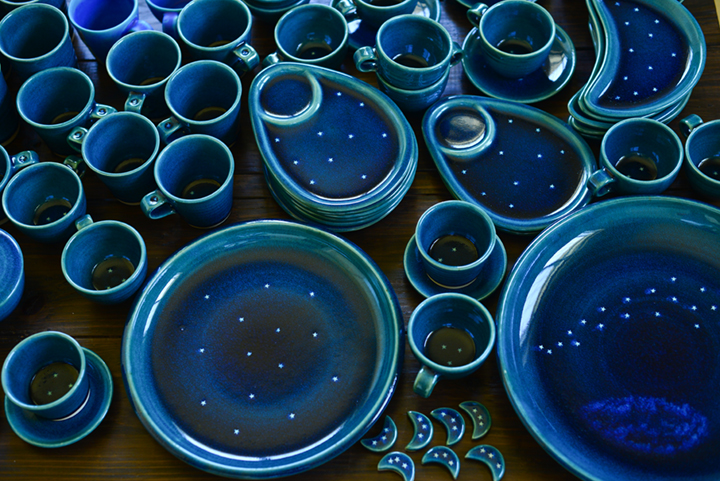 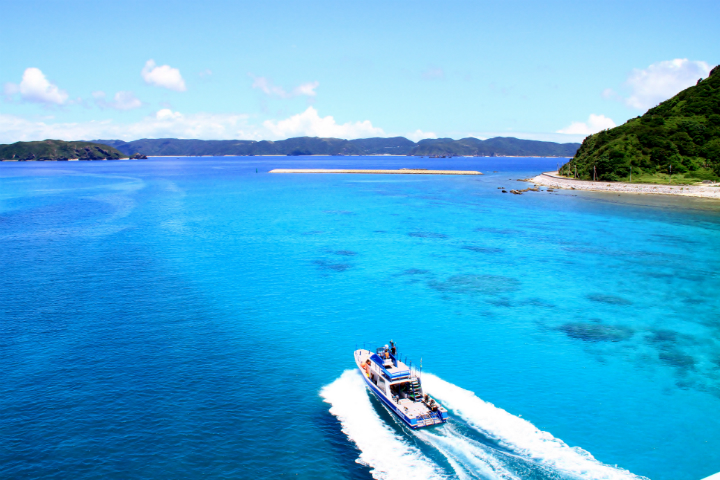 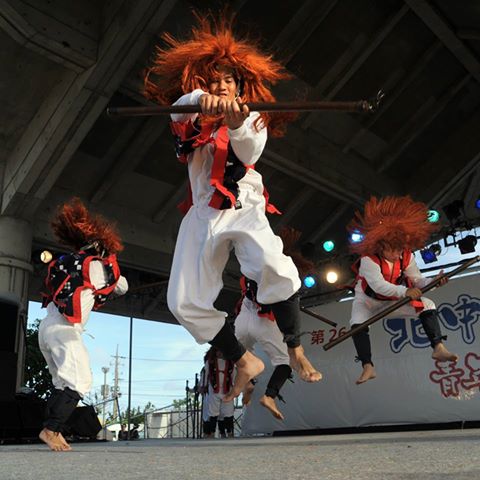