Once spring training is underway, pro baseball fans flock to their favorite teams’ training ground to look at the training conditions.

At the training ground of each first string team, Okinawa Baseball Expo 2014 (a site that releases event plans and training camp information not only for fans to enjoy but also for tourists) sets up satellite bases where you can get information for those training grounds such as the training schedule of the day, scrimmage schedule and events, and there is also stamp collecting to enjoy. 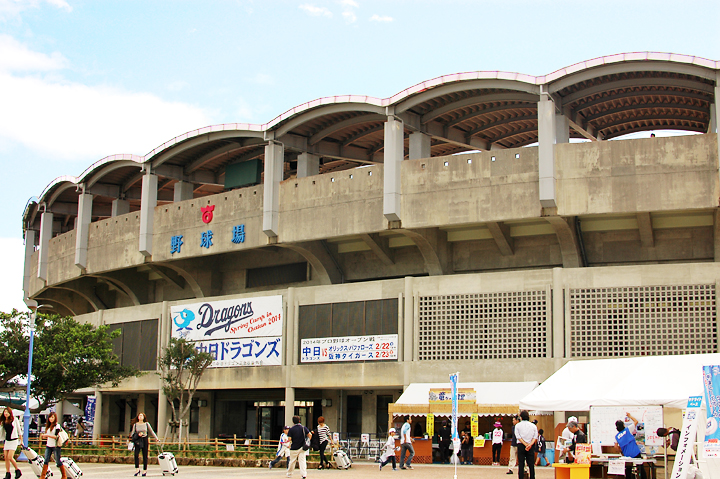 Outside of the stadium goods from autographed balls to t-shirts, team jerseys and towels are tightly crammed together, so I recommend buying beforehand. 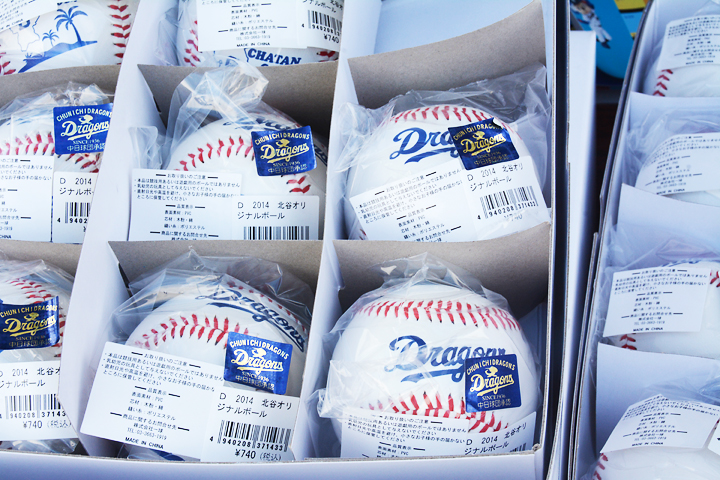 At the bullpen (the place were the pitchers practice), families with children and fans wearing the jersey of their favorite players grab the net in a fervor as they watch over the training. 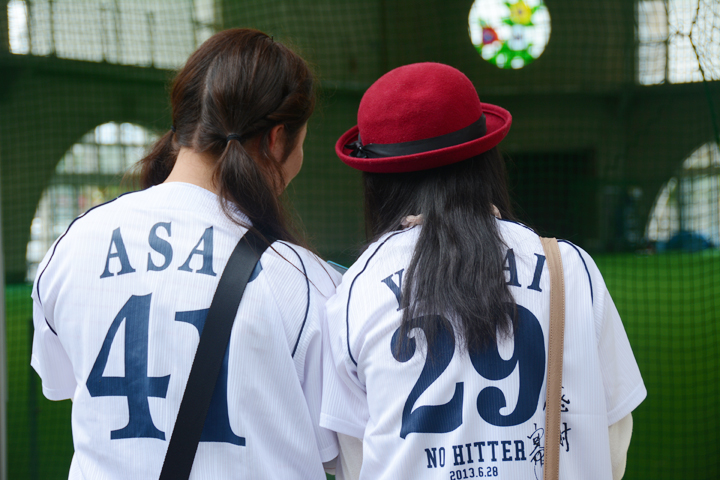 For boys that dream of becoming a baseball player, there are some players that may talk to them between training. 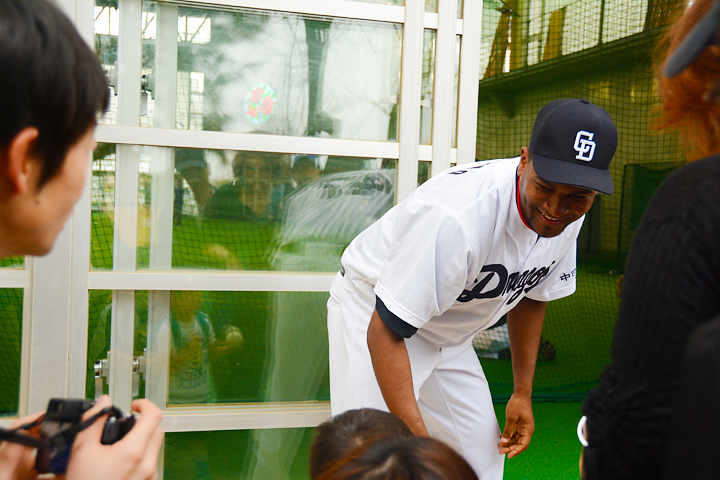 Then, suddenly a player took a ball and a magic marker 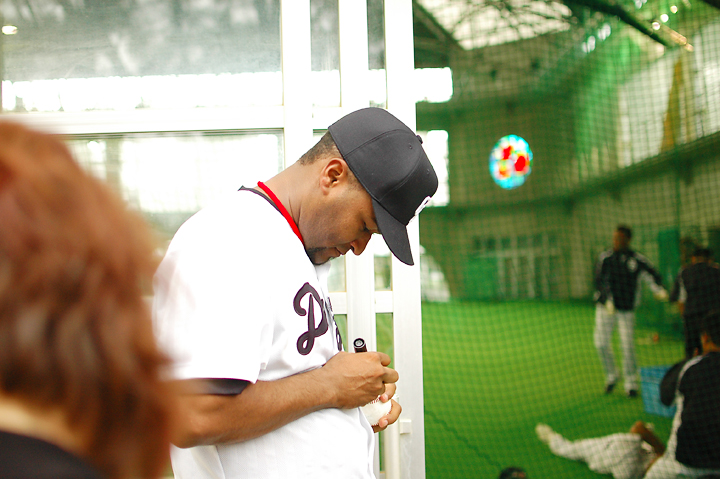 And signed the ball for an elementary schooler!

Essentially, during practice or on the move players won’t autograph anything but there are a lot of people with a ball and magic marker that through this miracle realize their dream.

When going from the bullpen to the main stadium you often run into players. 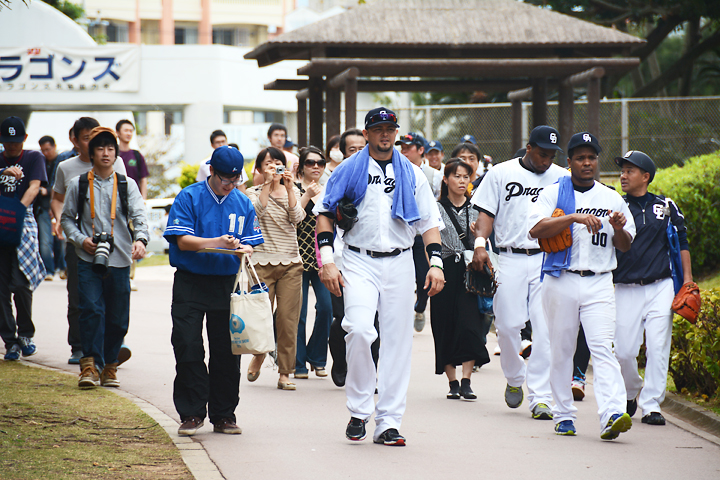 I will continue with fans who want to take a picture and hope for an autograph later.
In the main stadium the players are working hard on their batting and pitching. 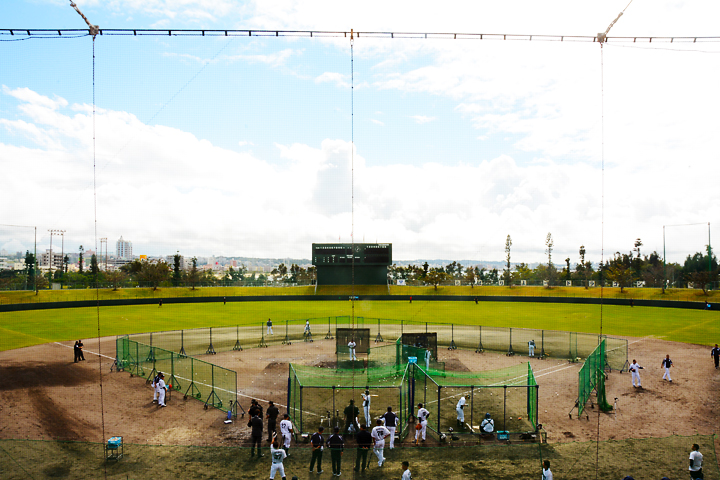 In the stands, the young women while talking about the players practice 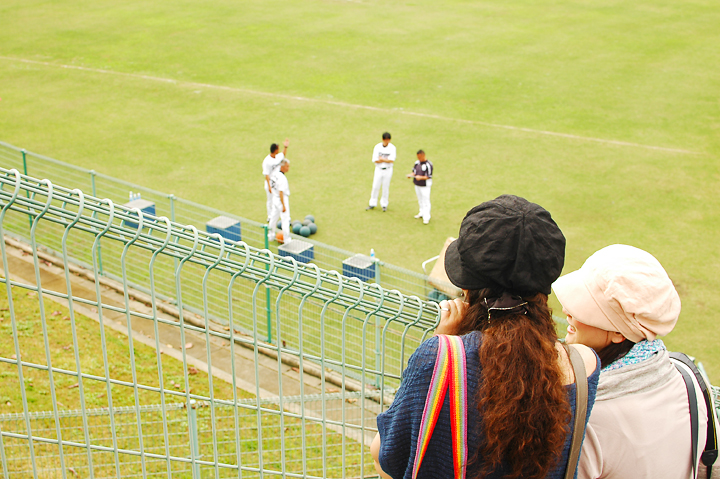 People passionately take notes and study with friends while observing things.
It feels like they want to be baseball players in the future. 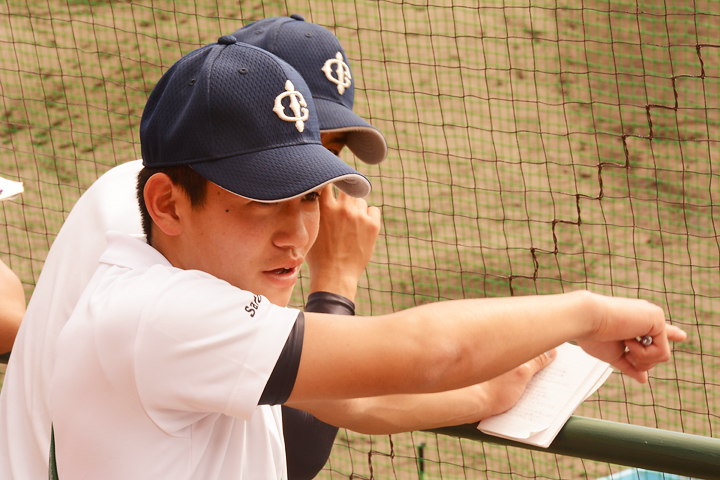 Pro baseball training camps are not only fun for fans but are a place for people with hopes and dreams to gather and have fun. 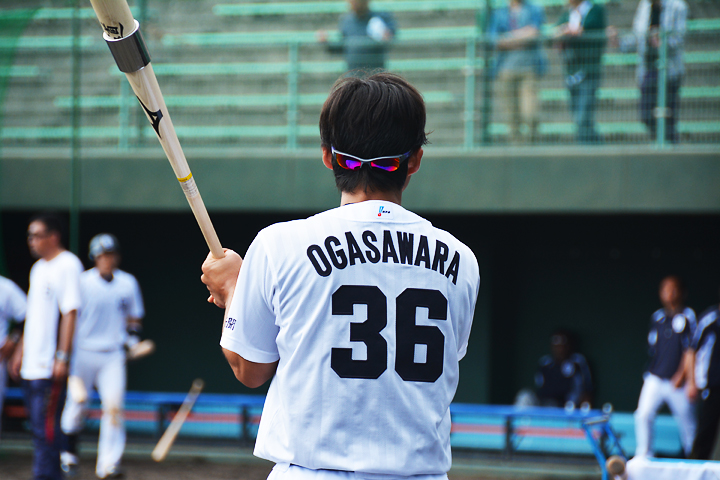 You can see rookie players working hard as well as fondly watch over veteran players.
When you see a high school baseball player gazing from far away deciding their future, strangely, you naturally start feeling better.

Why not go to the spring training camp of the team you are interested in? 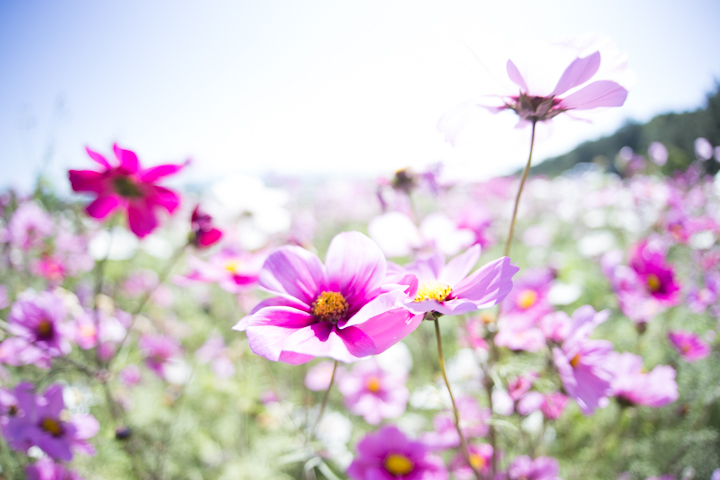 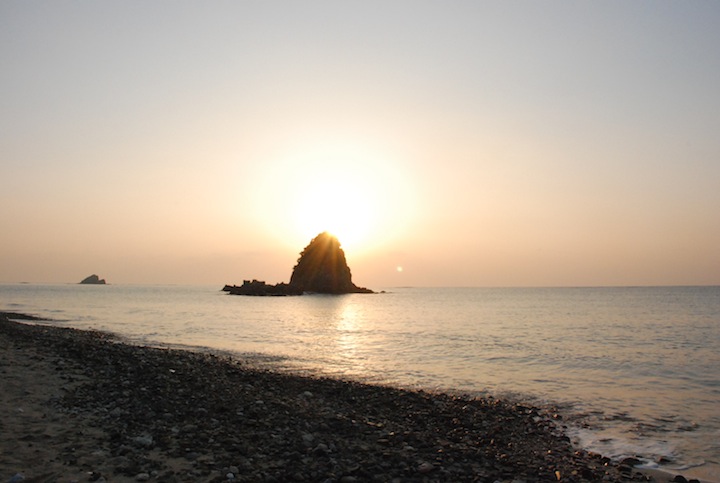 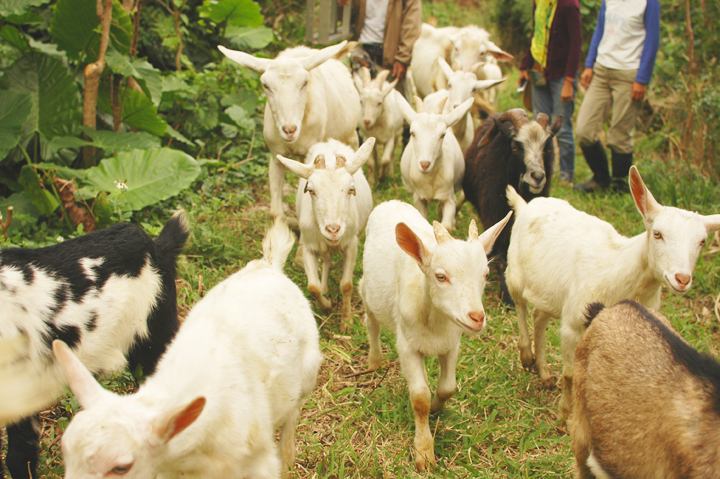 At the Churaumi Farm, the Goat Pasture Landscape Looks Just Like a Sight from the Alps 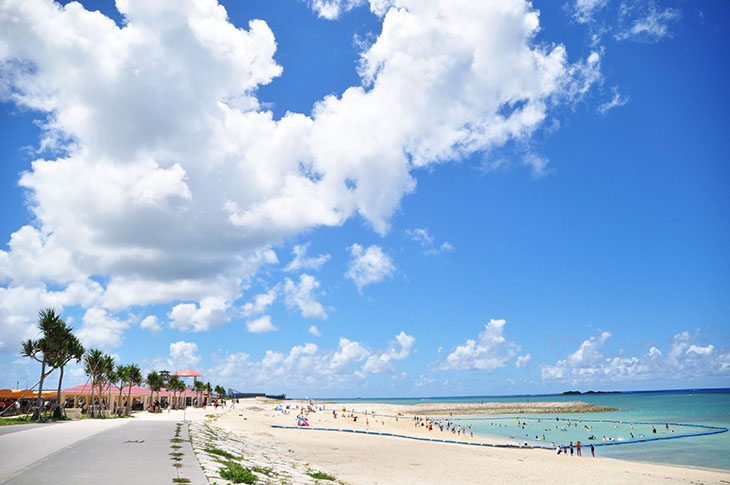 The nearest beach from Naha Airport