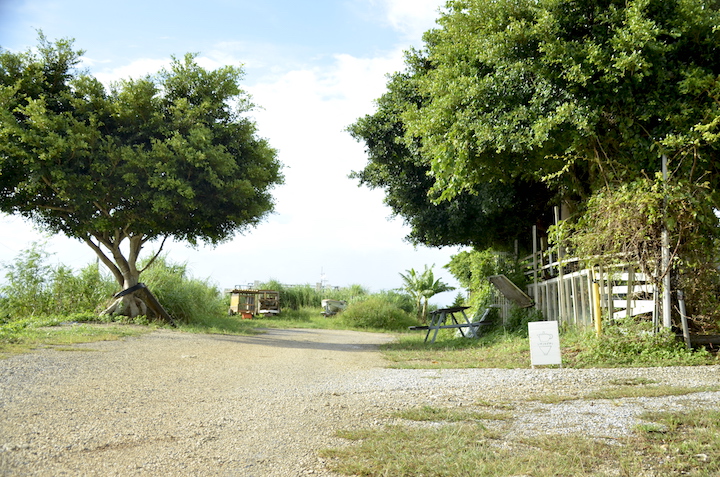 There is a pottery studio in Yomitan Village, probably the one of the most popular places to live in Okinawa. The studio is located behind two large banyan trees and a wide open space where you can see the blue sky. 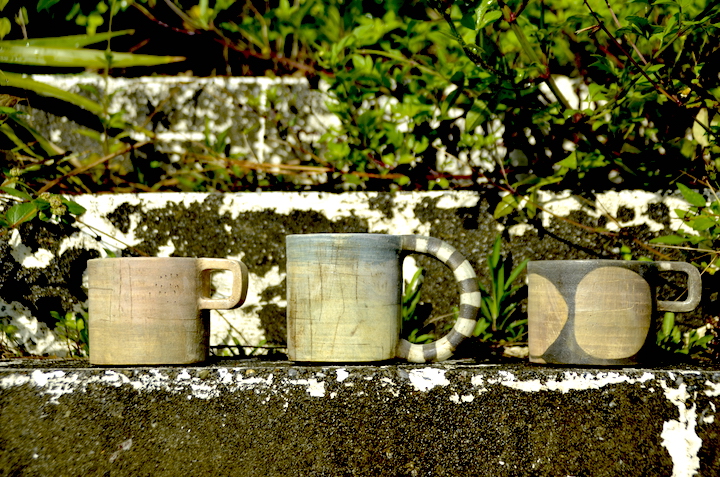 The pieces from Shimashima Potari are distinctive for their colors, which are soft and light but at the same time, deep and aged in appearance. The varied colors combine to express the artist’s original view of the world. 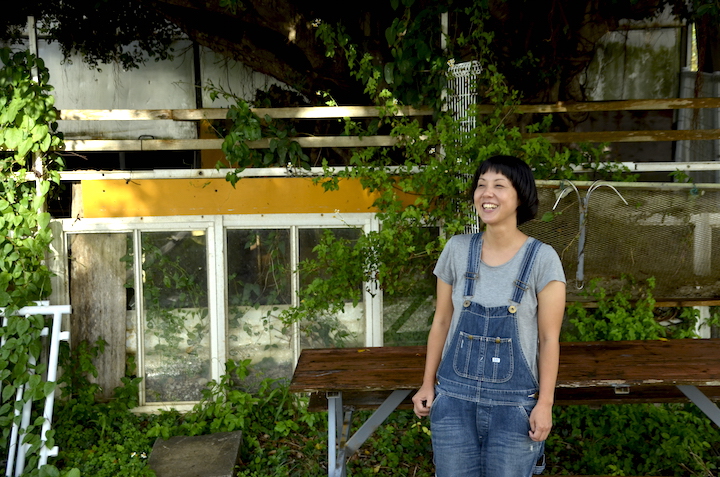 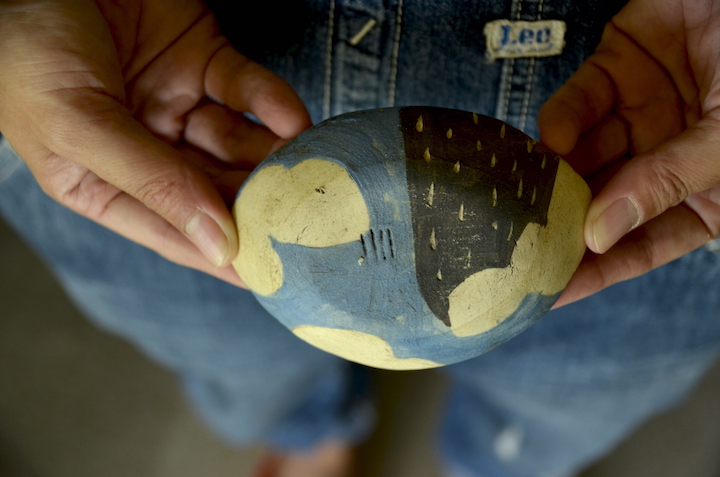 Mari Yamashiro is originally from Kyoto. She, her husband and two children are the artists in the studio. Four lines are engraved on the back of each piece, one line for each member of the family. 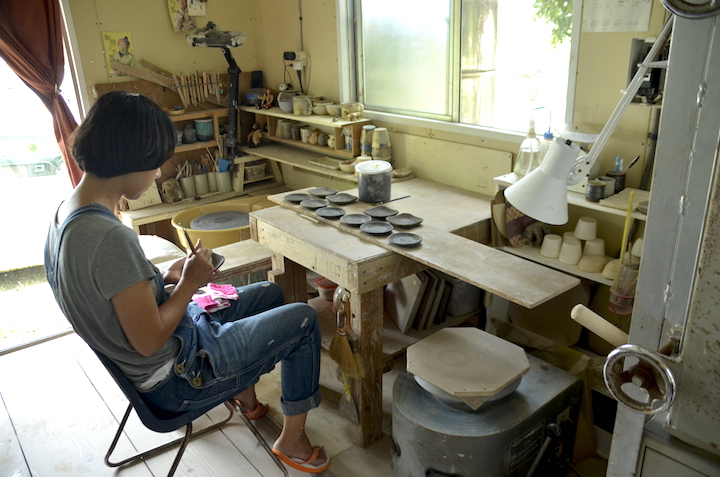 Mari studied textiles in college, then pottery design at a technical school for a year. After that she worked as an art designer for a manufacturer of tea ceremony implements for a year. It was a challenging job for her, but she wanted to make more daily use. She decided to study a variety of different arts and came to Okinawa. Once she experienced life in Okinawa, she felt so comfortable she decided to stay. 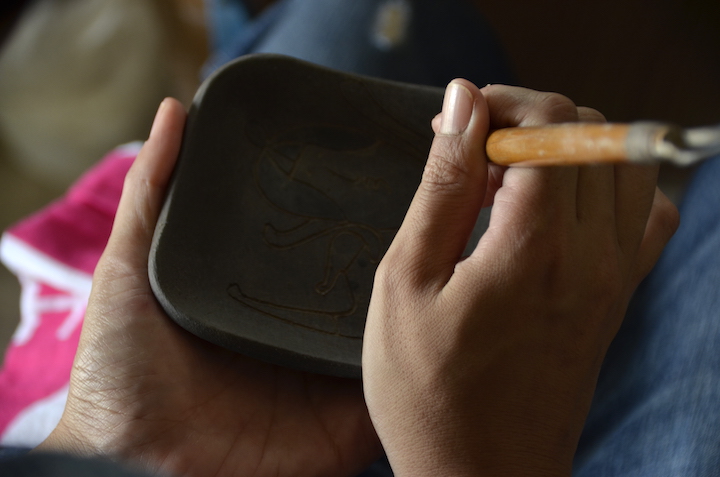 “People in Okinawa are not restless and that suits me,” Mari said. She studied potting at Shinsei Toubou which is known for the blue arabesque patterns. After ten years of study, she decided to start her own business. She always bases designs on her daily use pieces, such as cups and dishes things having to do to with life in Okinawa. 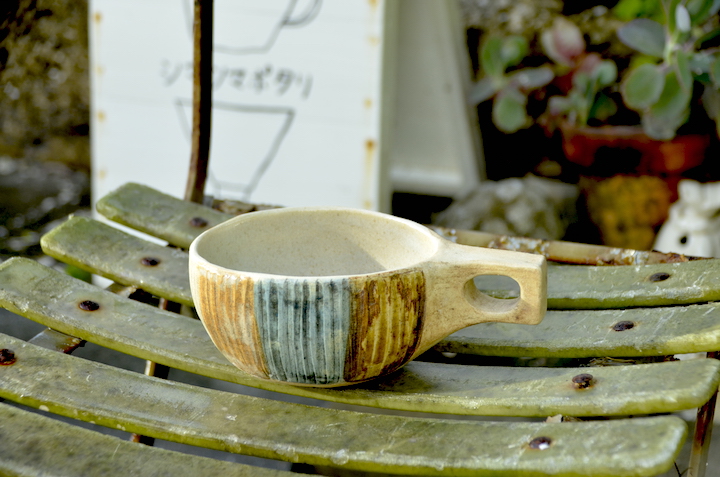 For example, the design of one of her large coffee & soup cup was inspired by papaya. It can be held with both hands so kids or elderly people can hold easily. Another original design called “totan” was created in the image of old a small shack.
“When I was driving down a farm road one day,” Mari said.  “I came across a small shack made by an old man.  I thought it had nice combination of colors and it was one of the Okinawan things that I take notice of. So, I decided to use the colors in one of my designs, “ Mari said.
Mari hopes to bring happiness to people through her pottery. She often comes up with ideas for designs through observations that come up in family conversations, like “don’t you think the cup looks like a blowfish?” Or, “what do those round designs mean?” 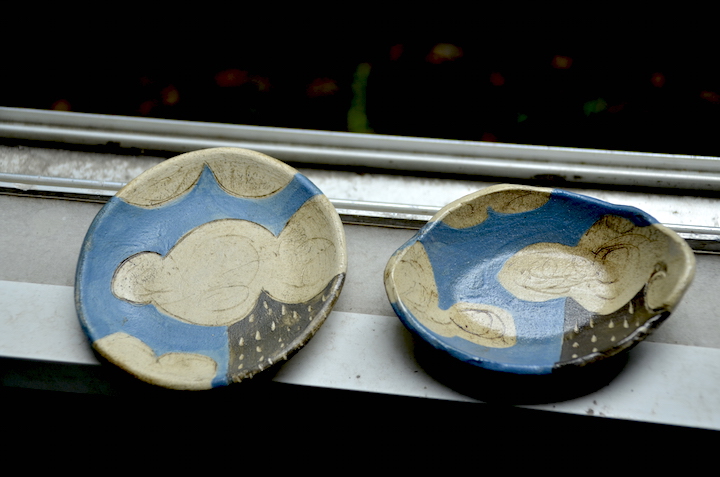 Her pottery lines are named, Denshogiku, Kachaashii, Ishigantou, Foreigners’ Homes, Katabui and so on. All of them were inspired by and created in Okinawa. 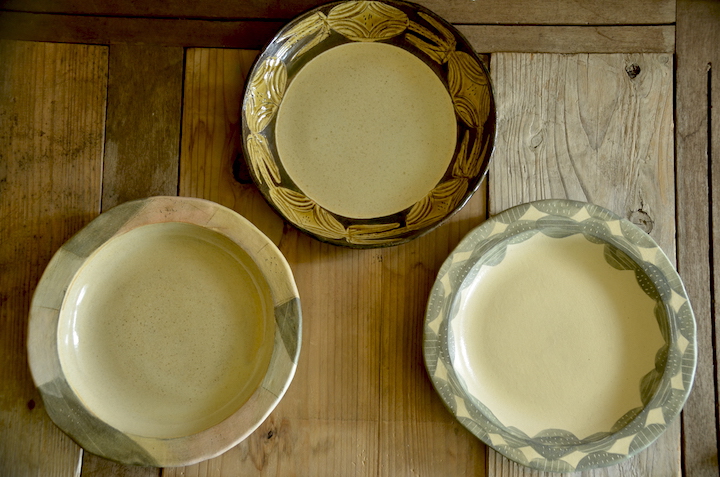 Denshogiku – Mari got the idea from the local flower called “taiyo-no-hana”.  When she saw the name on cardboard boxes, she was excited to imagine what kind of cut flowers were in the box. She found out Denshogiku (chrysanthemums) were in the box and decided to add them to her repertoire. 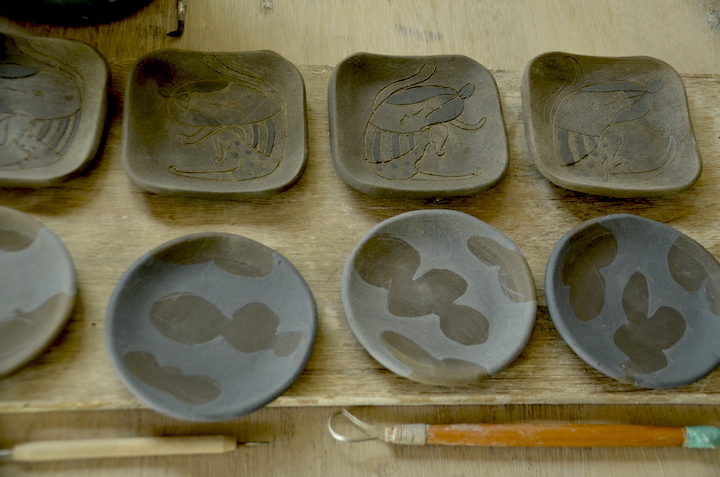 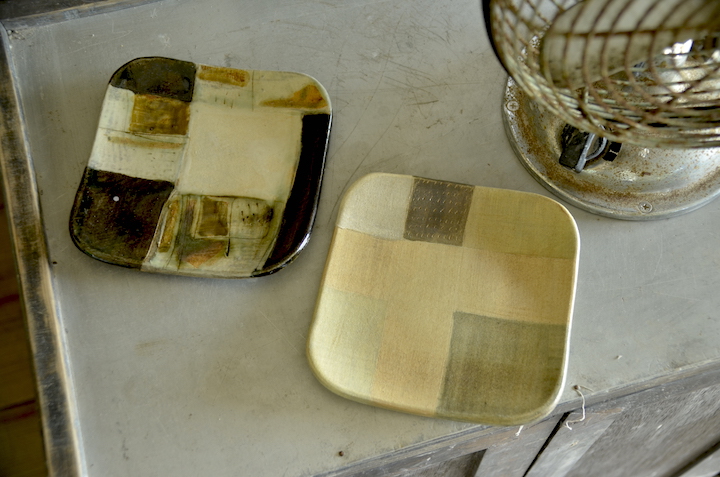 Kachaashii – This is a traditional dance accompanied by the three-stringed sanshin in Okinawa
Ishigantou – These are talismans placed at T-intersections and are supposed to protect people from evil. Evils can go no further when they see the charm. She likes the theory that scary things can’t continue beyond certain points.
Foreigners’ Homes – She brought the texture of the many repainted layers on walls to her designs. 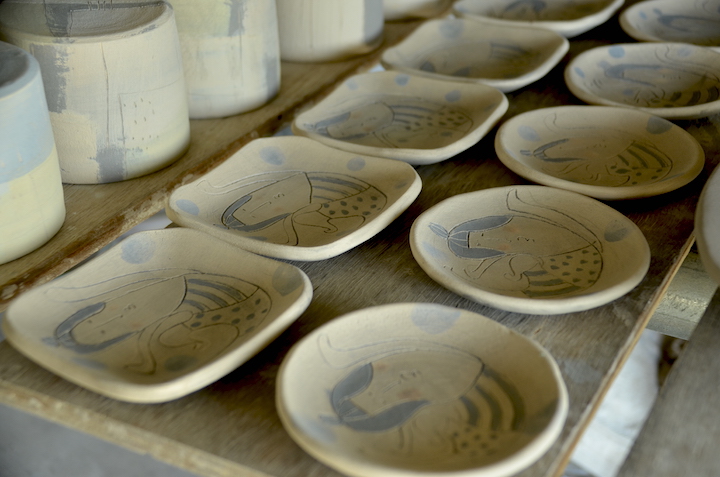 Some of Mari’s lines sometimes get discontinued and colors may vary. She takes pictures of buildings, plants or whatever she finds charming. And later, she uses those images in her designs. That’s how her wares are created.
You won’t be able to find exactly matching items at Shimashima Potari  because everything is handmade so if a certain item catches your eye, you probably shouldn’t wait to buy it.
Shimashima Potari
Address: 1048-1 Senaha, Yomitan Village, Okinawa
Hours: 9:00–17:00
Closed: Irregularly
URL: https://www.facebook.com/shimashima.pottery/
FB: https://www.facebook.com/shimashima.pottery/
Okinawa CLIP photo writer: Noriya Fukuda 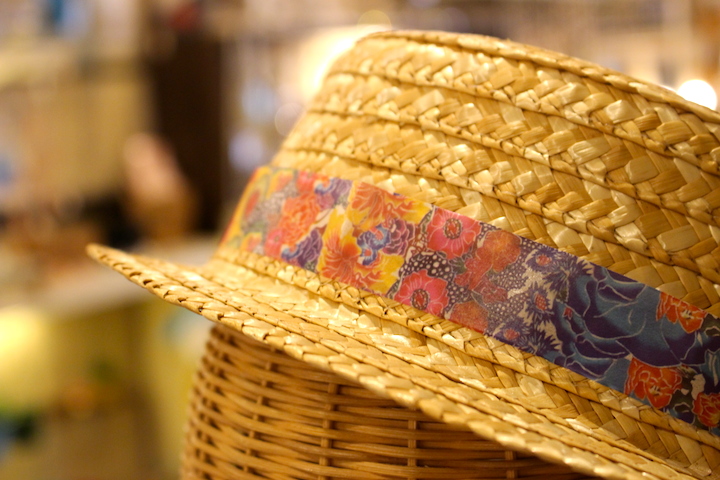 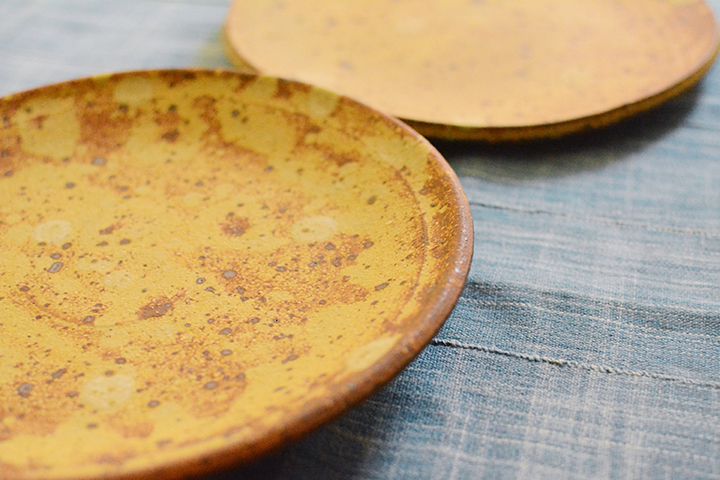 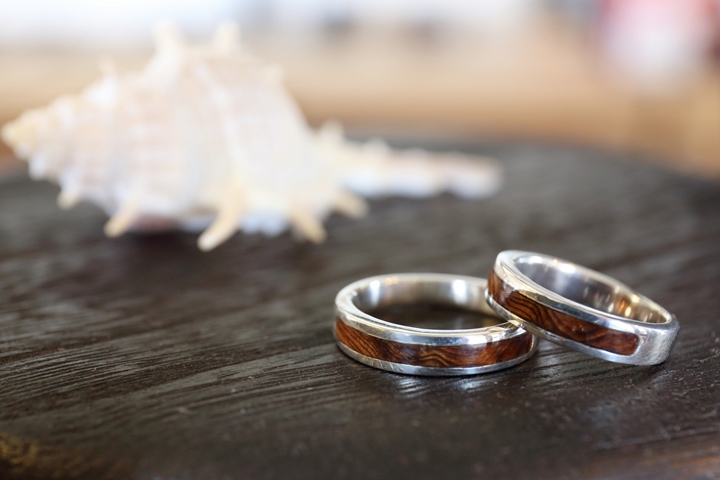 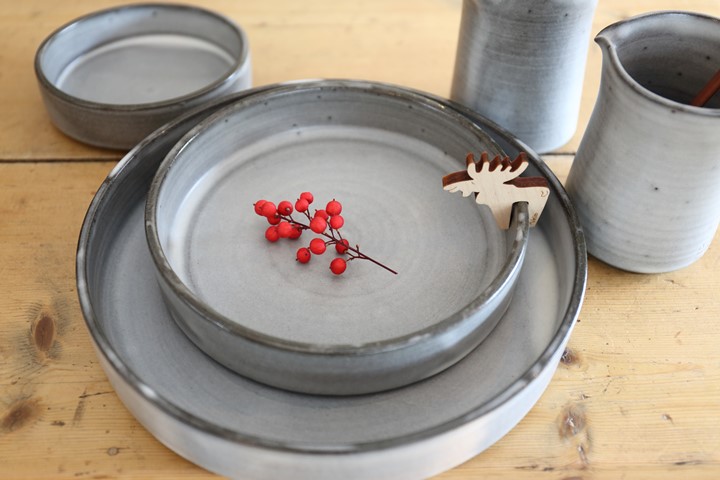 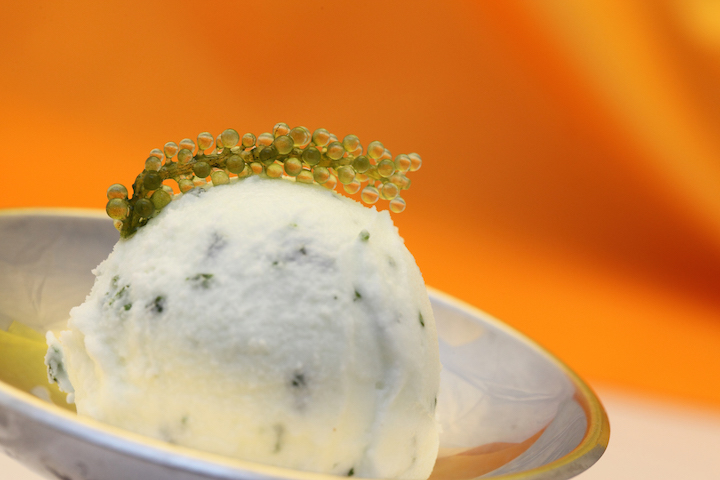