Aguni Island has located 61.2 km away, northwest from Tomari Seaport in Naha. The island was made by million years after years of volcano activities.

We can feel and touch the ancient volcano activities in the southwest of the Aguni Island. 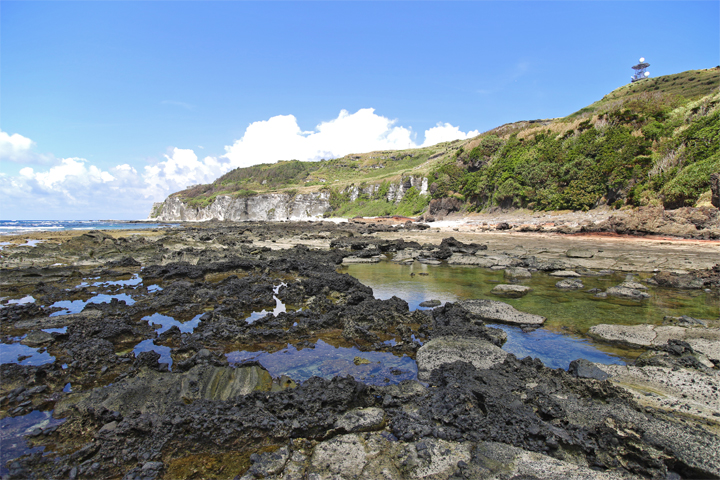 As if a big giant split the large rock into the half, Higashi Yamatugaa is one of the most sacred places on the island.

There is only enough room for a person to go through the rock. As soon as you pass through the narrow space, you see the amazing beach and ocean in front of you. Coming from the narrow and dark passage to the open and bright area, the contrast is something you must experience. 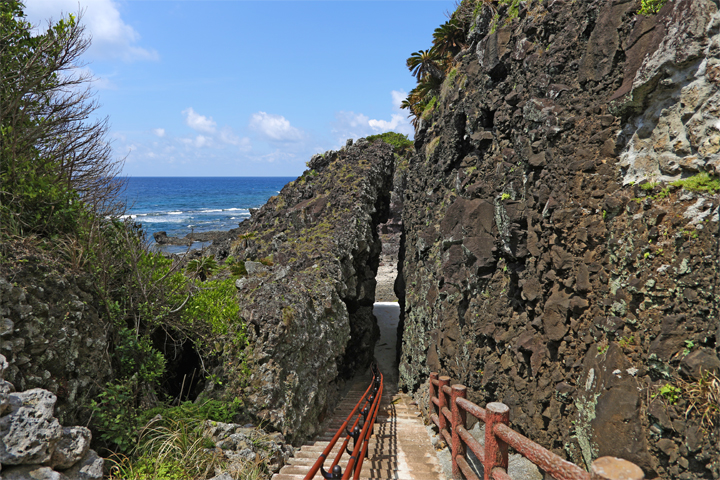 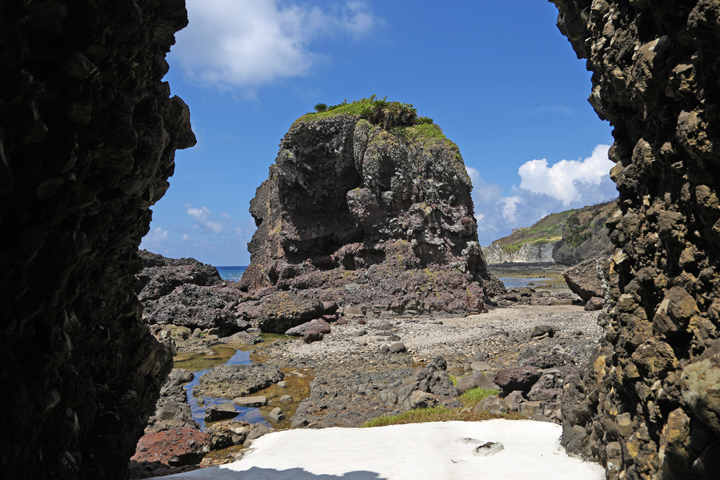 There is a natural spring on the west side of the rock, it was highly valued by locals as one of the water resources on the island.

After the war, the locals built a water reservoir then built a temporary waterworks to deliver the water to the local communities.  You still get to see the remaining at there. 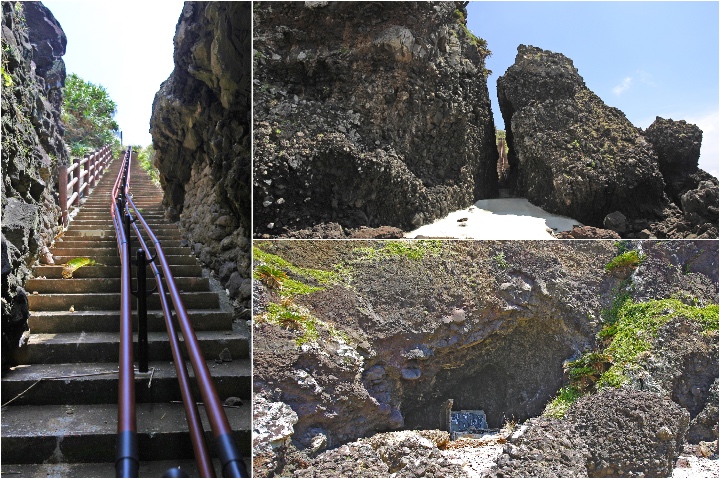 About 300m west from Higashi Yamatugaa, you can find Nishi Yamatugaa, also known as Yahija Coast.  This place is one of the island's scenic points. You can take a staircase to go down. 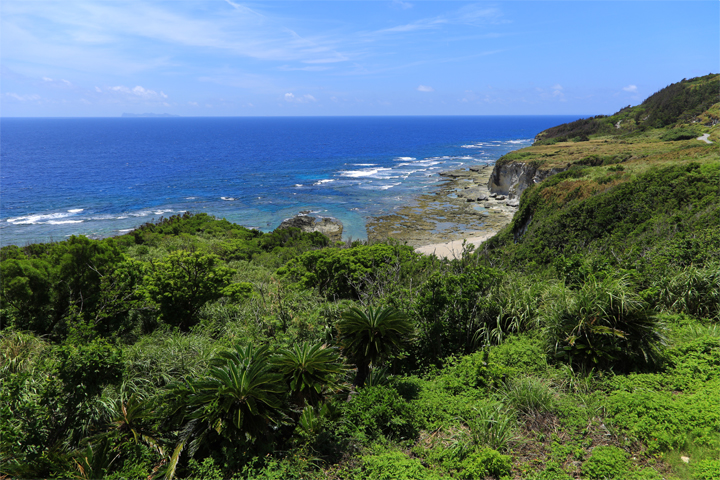 You will be amazed to see the colorful layers. The black layer is basaltic lava, white and gray are tuff from volcanic ash, then the hot lava oxidized the volcano ash and it led the color into the reddish tuff. As you can see, it is quite complicated structures here. 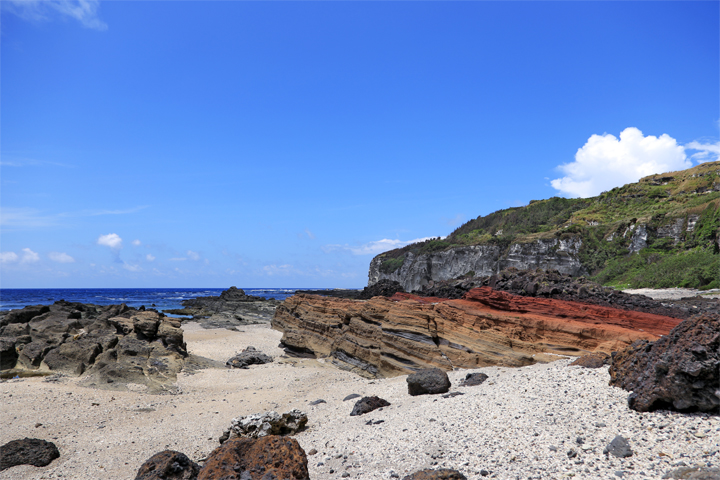 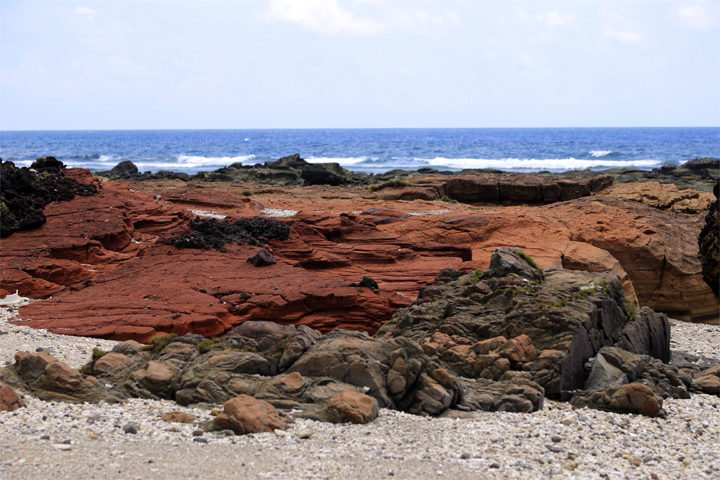 You only can find it in here in Okinawa to see such a large scale of tuff layers-basalt, tuff, granite, andesite and more. You can find so many layers that you wish you'd studied geology harder in college to appreciate it even more. 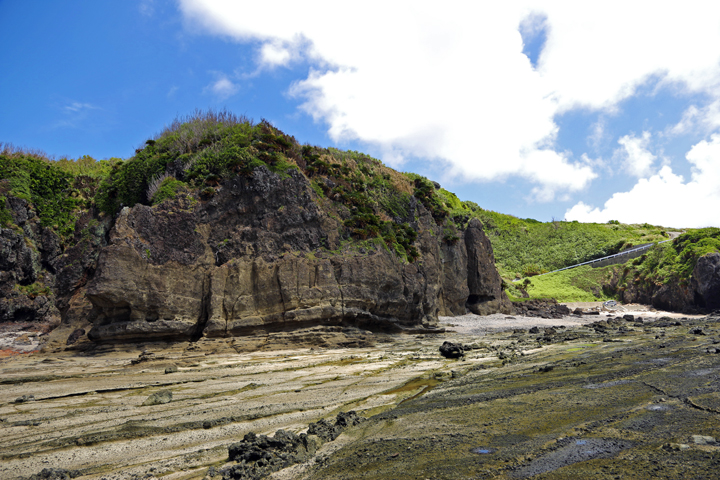 There is an open area on top of the cliff and it is called "Mahana" meaning the most far, and you can enjoy the beautiful view from the observatory. Here is also one of the island's selected scenic points. 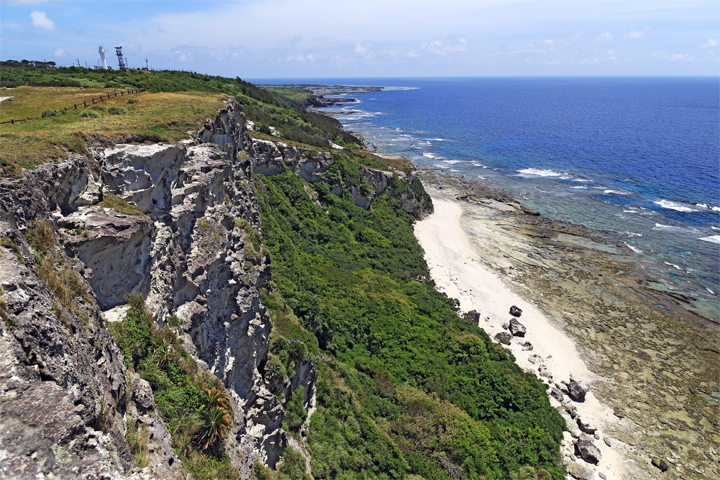 The "white" precipitous cliff is almost like sculpted in vertically and it is somewhat unreal but it sure tells that this island was a part of Kirishima Volcanic Belt several tens of thousands of years ago.  This sea cliff is a very valuable finding in Japan; however, the researcher says it is collapsing slowly. 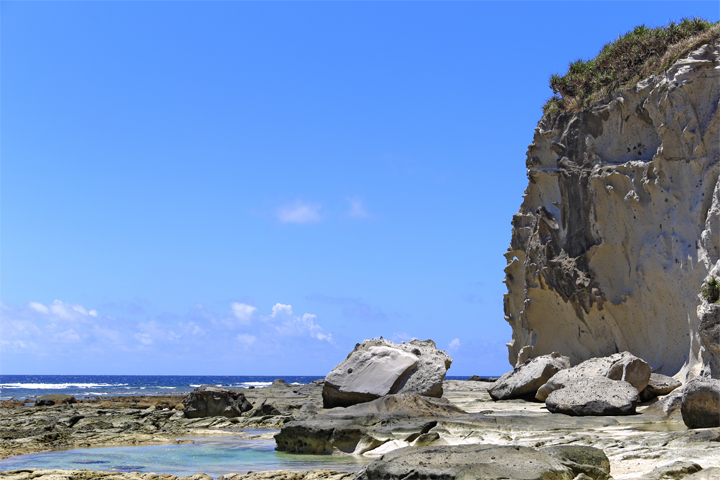 Fudenzaki looks magnificent by looking from the side but I'd recommend to see it from the front.  It is not easy to see it front as you only can approach during a low tide with decent sea condition, it takes 20 to 30 minutes’ walk to get there.

Please accompany a local guide if you would like to try to approach to see it from the front as it can be quite dangerous. 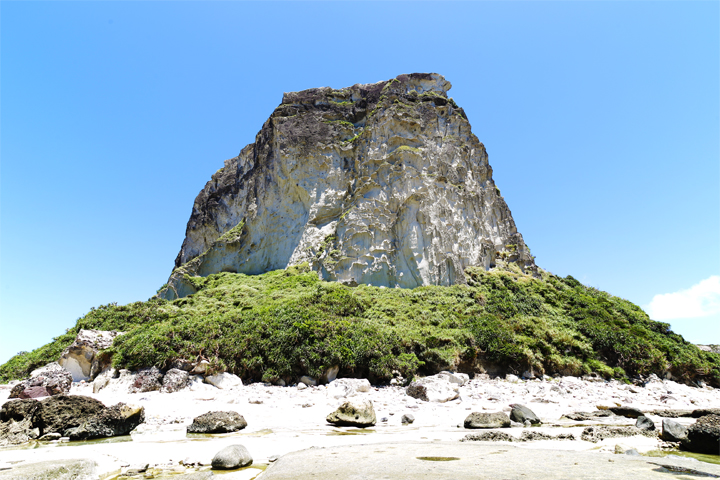 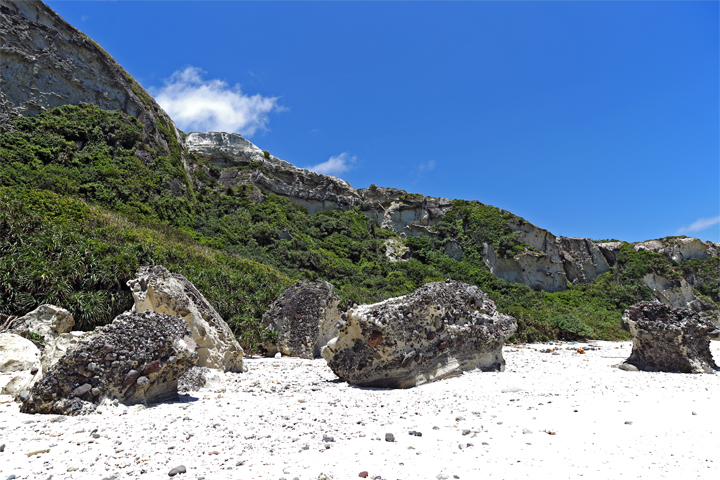 Offshore from Fudenzaki, there is a huge school of bigeye trevallies, it is also known as "bigeye trevally tornado" and it is very popular amongst divers. 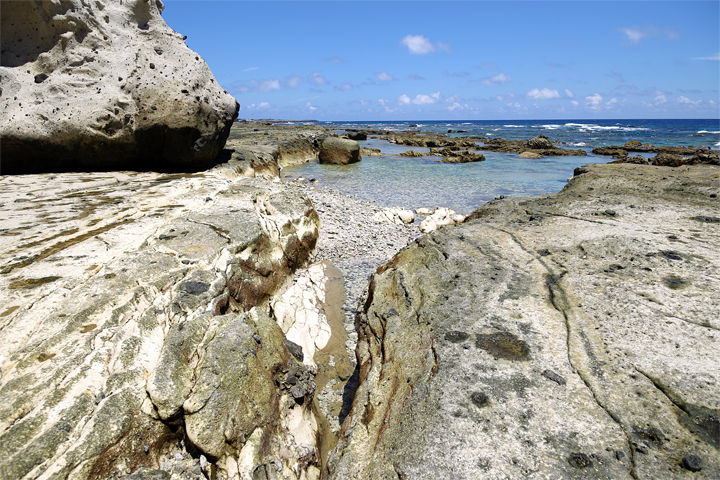 Nishi and Higashi Yanatugaas and Fudenzaki, the time and nature crafted the natural arts and magnificent landscapes--- you can feel and touch the ancient wind here at Aguni Island. 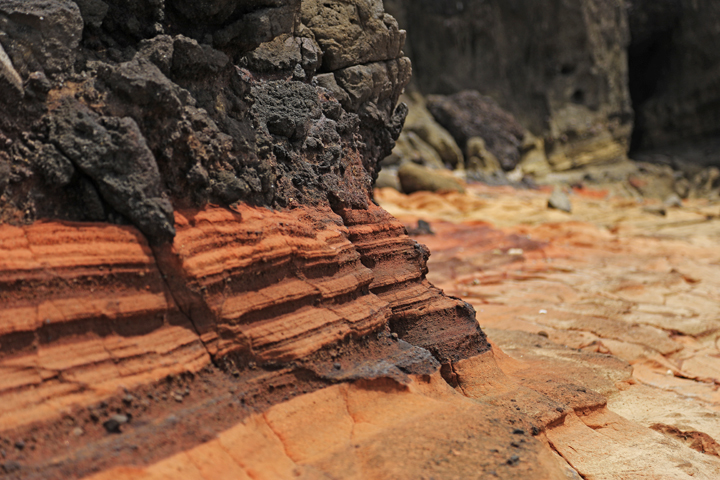 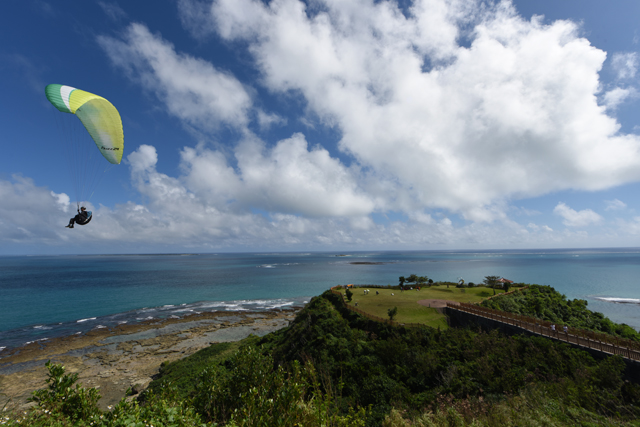 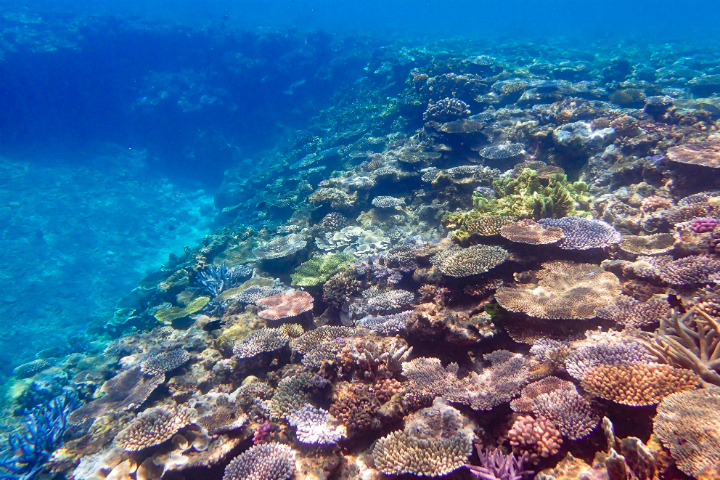 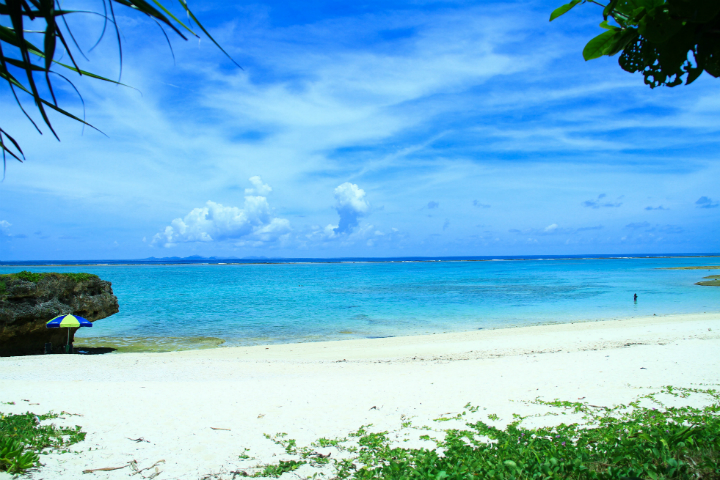 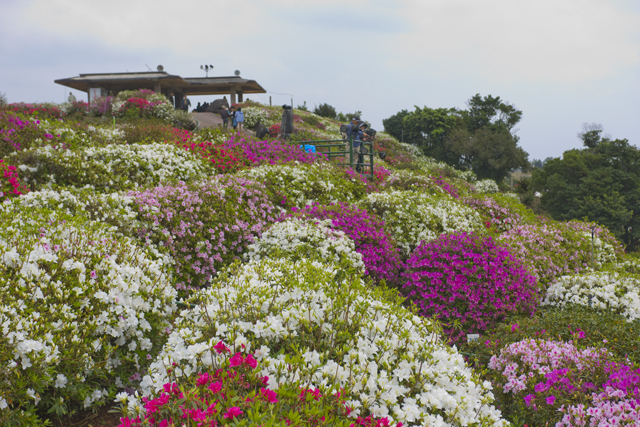 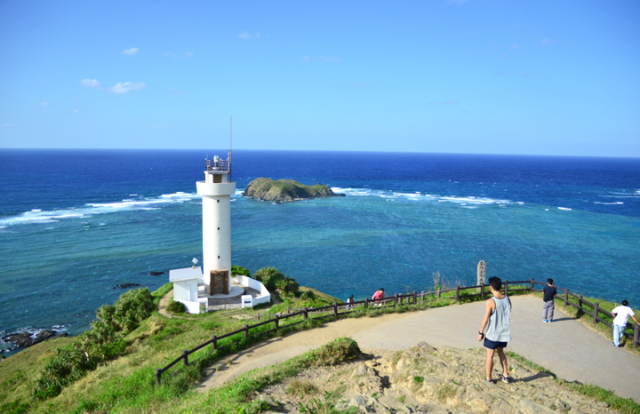