Due to its central location, Kohama Island is known as “the navel" of the Yaeyama island group. In 2007, the island’s Kichiigan Festival was designated a National Important Intangible Folk Cultural Property. The festival is an observance to show thanks for the past year's rich harvest, health and prayer fulfillment, and to pray for a bountiful crop, health and good fortune for the coming year. The main part of the festival is called shounitsu on the second day. A variety of performances – 20 in all – are dedicated by the priestess called a Zaa. 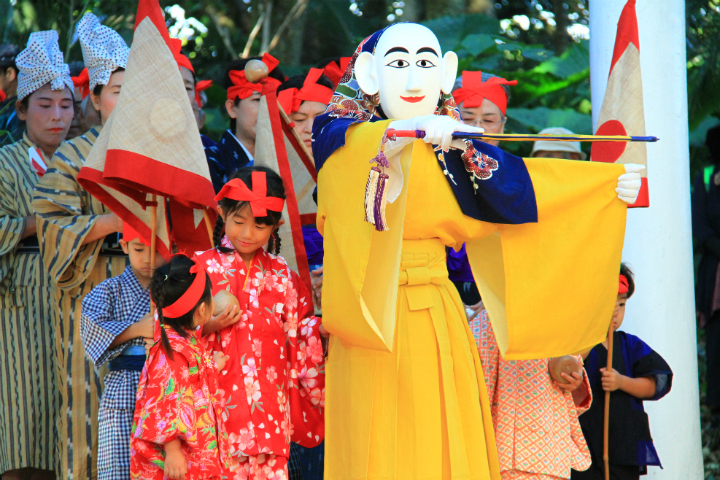 The procession starts from where the Mirako stands beneath the Gate of the Kaoro Utaki (holy place).

The festival is held according to the lunar calendar with 2015 Shounitsu happening on the 25th day of the 11th month. The utaki, which is usually fairly restricted to visitors was crowded on this day with people anxiously waiting for the zaamarii to begin. There is a restless mood among the tourists, film crews, and others. From the midst of the noise, I felt a tranquility spread like a ripple through the crowds as a figure clad in a gold kimono, Miroku, appeared under the gate signaling the start. From the rear of the gate, came the faint sounds of shanshin (shamisen). Girls and their flowing sleeves, boys carrying flags and beautifully costumed and made up islanders, all walked in step toward me. As the line advanced, the voice of "Miroku (Milkukubushi)" and the sound of the sanshin grew steadily. 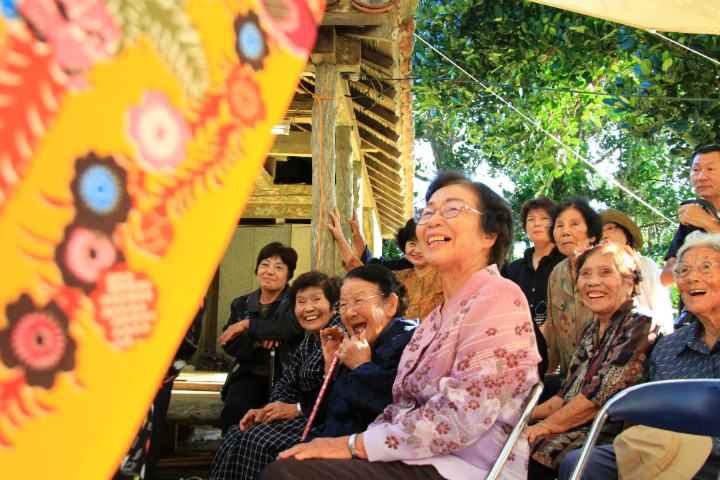 Performers pass right in front of seated spectators in this zamaarii. Grandmothers of performers, KBG84 are delighted.

In the Kohama Festival, no microphones are used by performers, even for the national anthem. (Jijakata), they do it all by natural voice. Nowadays, it is very rare for people to imagine any sort of event with no sound system. The delicate, unwired singing and tones of the sanshin grow gradually as the musicians approach, and fade as they pass by. In the God’s Troupe performance, the music comes with perspective as well as sound. Although the festival going on before me hundreds of years old, the simplicity of the songs and sanshin felt fresh and new. 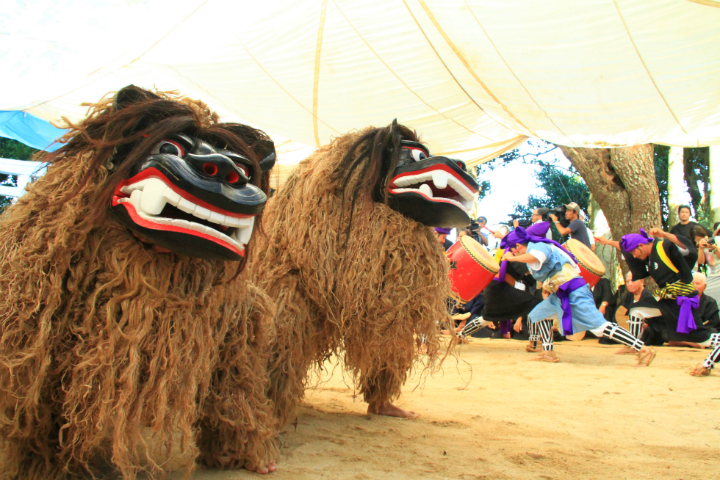 Zamaarii Two-Lion Dance - There are not many opportunities to see a lion dance so closely. The effect is like a powerful heartbeat. 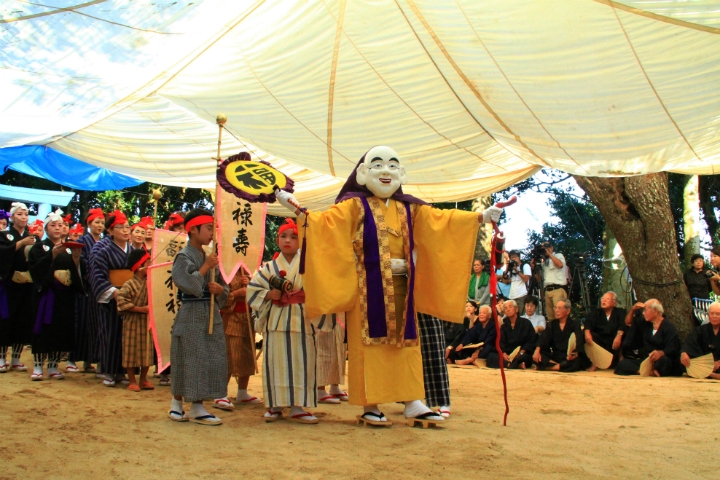 Zamaarii by the Fukujuku Troupe - A tent covers the stage and helps to keep off the sun and the rain.

Following a demonstration of bo staff techniques, the men take about 40 minutes to set up a splendid stage and reposition the spectator seating so that the audience faces the god of the Utaki and the symbol of the island -- respecting not only Tsukasa (goddes) but also all the gods of the Ryukyu islands. 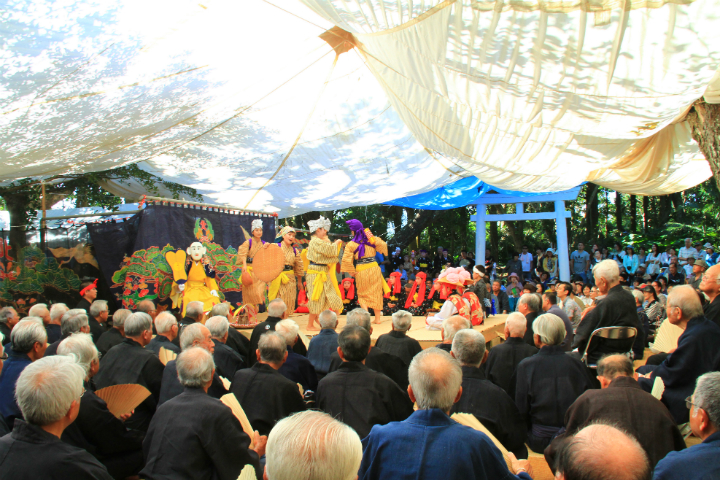 Performances take place one after another on the newly set up stage. The island men surrounding the stage are wearing Kunzun (traditional kimono), which are made by the mothers and wives of the village

Performances include lovely dances by children, rhythmic dances, comic performances by men, women's dances, and humorous dances. When standing from a kneeling (seiza) position for a long time on the stage, you cannot walk properly, and laughter will spring up as you try to leave. The atmosphere is peaceful and very much an enjoyable a village festival. 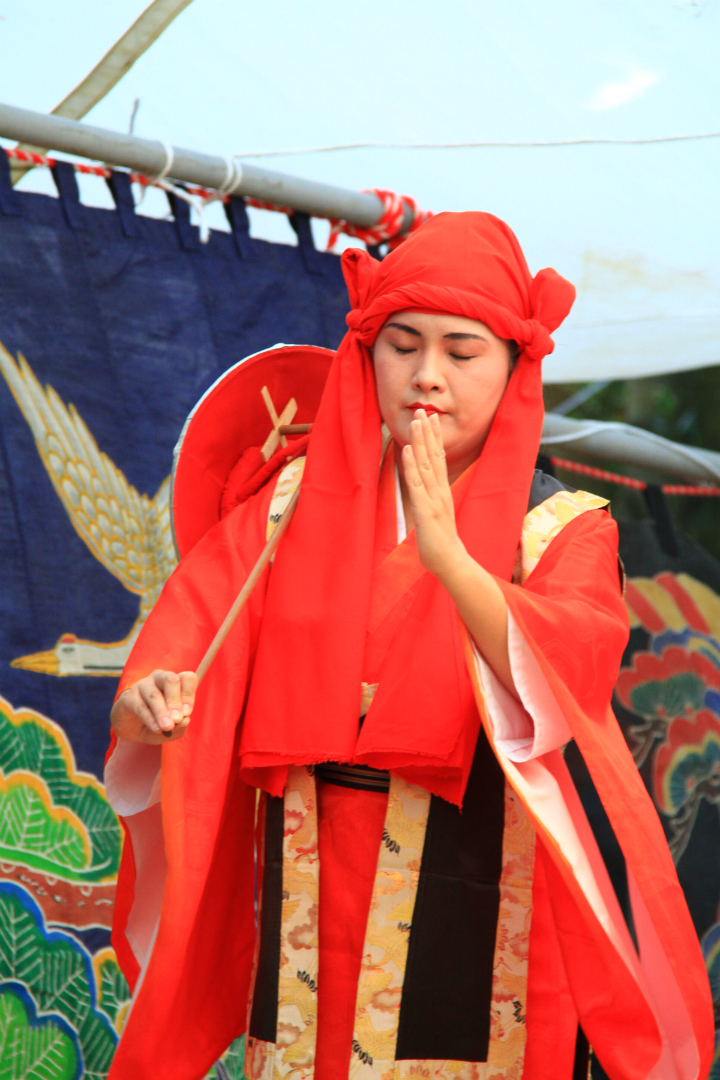 "Hapira" - A popular dance performed only on Kohama Island. The beautiful vermillion costume is stunning.

Kohama Island is home to the Kohama Group who perform Kohama Island’s exclusive hapira and, of course other dances of Okinawa’s main island. 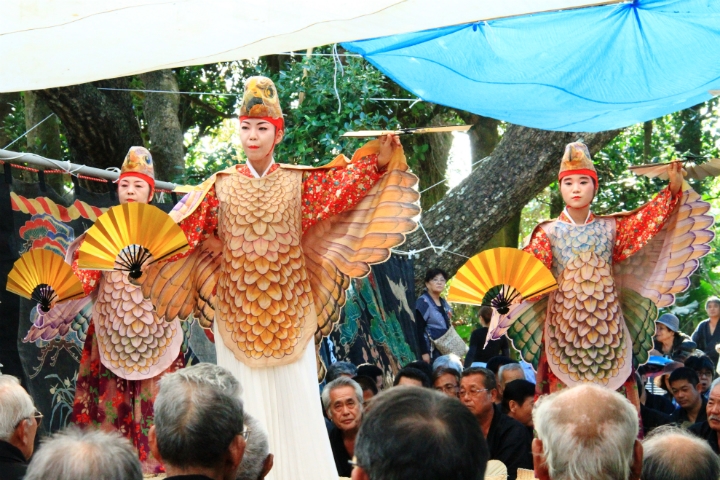 The Yaeyama Bashii Nutori Bussi (Eagle Dance) - The parent eagles raised two youngsters, teach them how to fly, and depict the way two birds nest safely. This elegant dance with rich sanshin music is a mean feature of the event.

"Every year the cicadas in the utaki make a tremendous sound,” explained Eisari Saito, 58th president of the Okiwatomo Group whose task it is to arrange the songs of the southern village. “So, we must also sing our own songs louder,” he continued. “It’s almost like a battle of songs.  Cicada song is a feature of the festival. If there are no cicadas on a recording of the festival, people would say, ‘what?!, this can’t be from the Kohama Festival! It must be a fake!’” I had noticed that there was a lack of cicada song and wondered, with no robust buzzing to be heard this year, what this would mean.  But, I was told it happens. 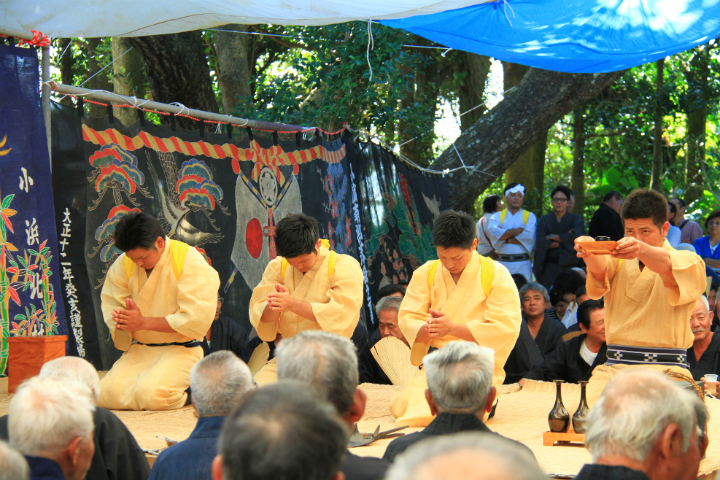 Kanzaku Kyongin - From the words in the Kohama Island dialect, the culture and arts of the island are passed down.

Toward the conclusion of Kanzaku Kyongin (“Blacksmith Kyongin”) Kyongin is hammering out a plow to be pulled by an ox. As two young people begin singing as they steal the ox, everyone in the audience responds, singing out a musical accompaniment that shakes the venue. I was really surprised at this unrehearsed participation but realized that this story has been performed for many, many years and so of course the local residents knew exactly what to do. The song, which I heard for the first time was "Uuron Tunu Jiraama (Early Summer Work Song).” Since the song was sung in the Kohama Island dialect, I did not understand the content at all, but the young man singing strongly and the powerful answer echoing from the audience was something special.

I kept thinking that these days, mostly noisy machines do farm work and so people don’t bother trying to sing over them, whereas in the past, the “machines” were oxen or horses and so it was more natural for people to sing while they prodded their beasts of burden. With the awning stretched tightly overhead, the sound did not just disappear into the sky but was contained among us in the audience. The combined voices brought us all together as though we were all part of some gigantic living creature that has been coming to life at this festival year after year for such a long time. This feeling added still more to the power of the festival for me. 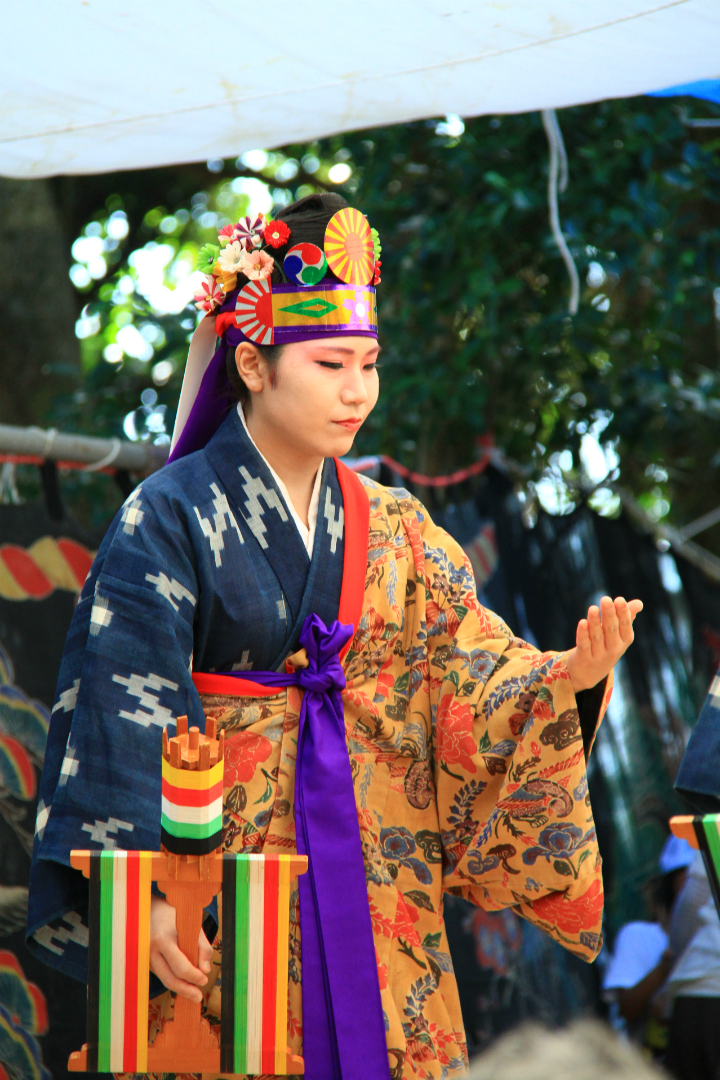 I am fixated on the eyes of Ms. Odoriko and her precise movements. Everyone should enjoy this festival with all of their senses.

The entertainment unfolds on the stage with sanshin reverberating from the back of the curtain and beautifully costumed dancers. A dancer finishes without any problem has relaxation written on his body and face. Looking at the audience seating, you can see young women looking for the satisfied expression of friends and elders watching carefully. In the zamaarii, the expressions of people on the island when the gods appear cannot be described. I can see the local deities in the ecstatic expressions, both in Meiraku and Fukujuku. Some of their faces are running with tears.

In whatever forms the entertainment takes, the Ketsugansai Festival of Kohama Island is an enduring tradition. Why not experience it once? 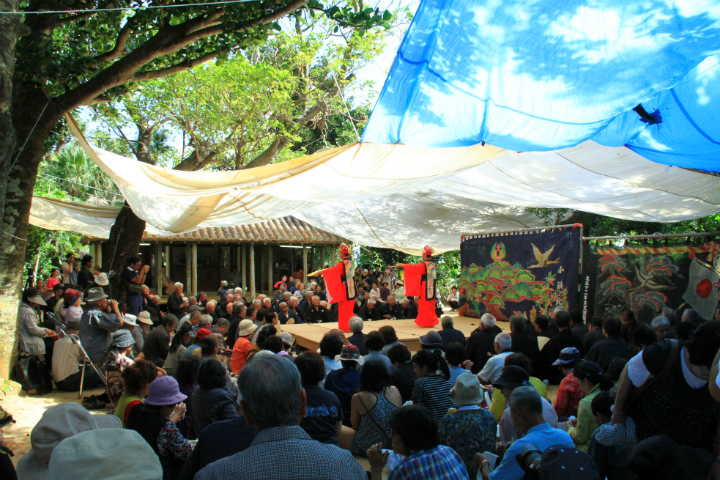 Please let us know the charm of Okinawa in your own unique vision. Information about travel in Okinawa is posted here.

~ You’ll find more to like about Okinawa. Okinawa CLIP ~ 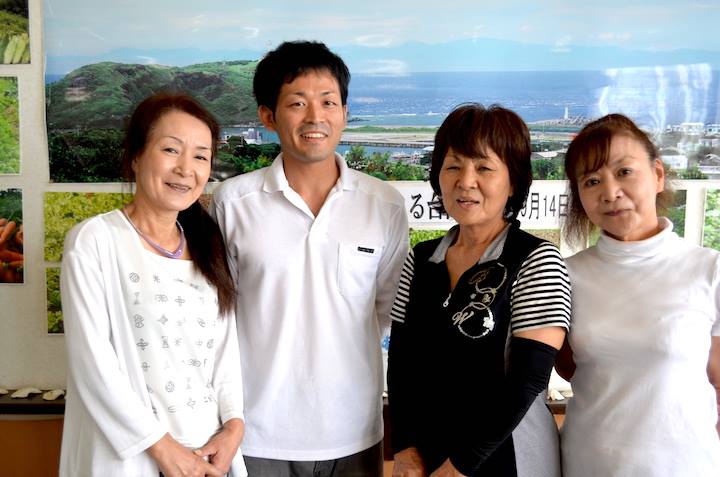 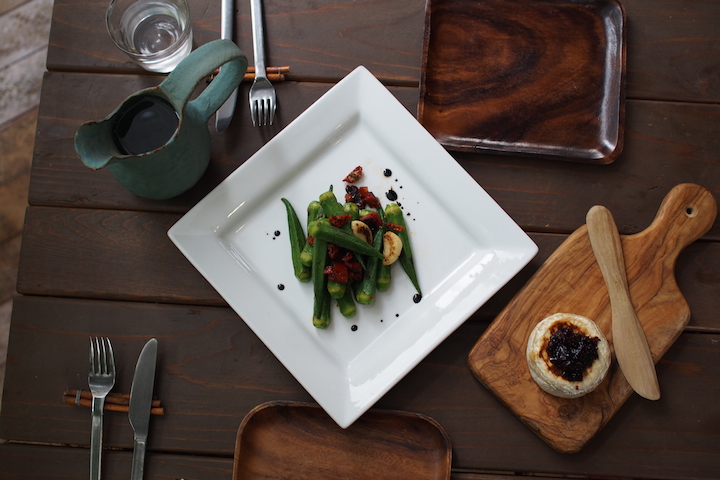 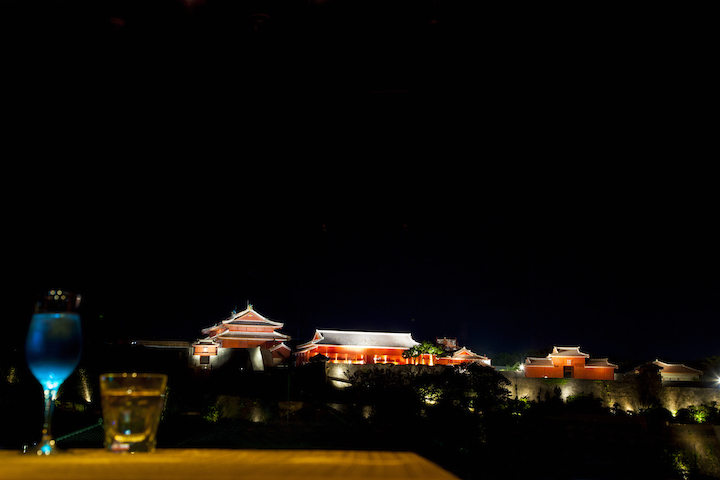 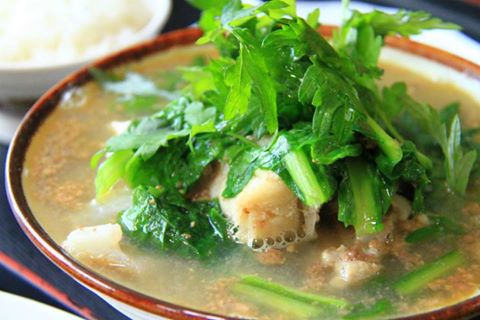 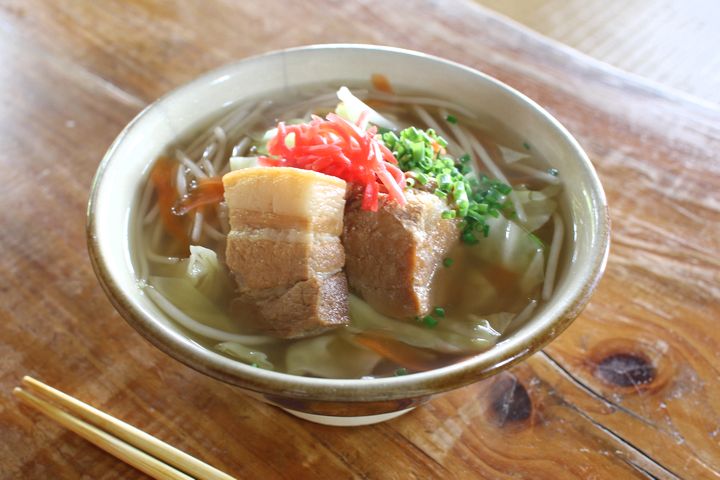