Even in the tropical island of Okinawa, the temperature reaches below 10C / 50F when chilly and strong north wind blows… This is the best time to cook hot pot and eat it with your family and friends! Speaking of hot pot, is there any hot pot dish in Okinawa? Shabu-shabu or seafood hot pot are classic, but don’t you want to try something new? If so, how about trying soft-shelled turtle in Okinawa? It might not sound familiar to each of you, but I heard information that “Okinawa Ham (OKIHAM),” a major meat-packing company, has started producing soft-shelled turtle products. So why don’t I get more information on it? 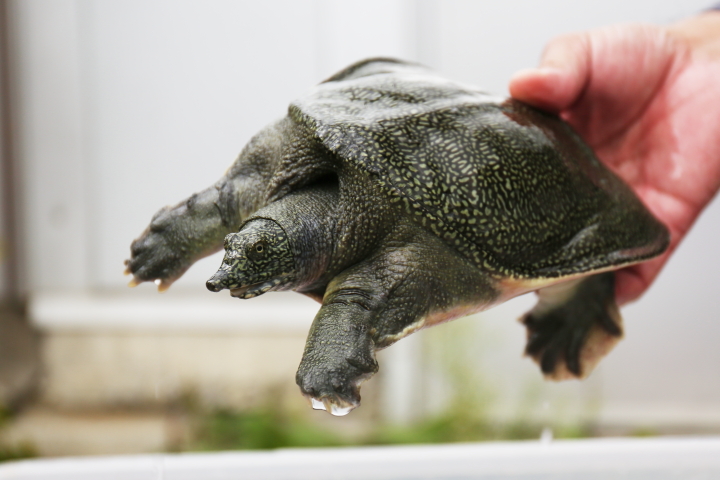 The product is called “Okinawa Suppon Nabe (Okinawa Soft-shelled Turtle Hot Pot).” It is a processed soft-shelled turtle product (frozen product), and it is a farmed turtle in Okinawa. A soup (700g) comes with meat of turtle (100g), and costs 3,980 yen (incl. tax) for 1 serving. 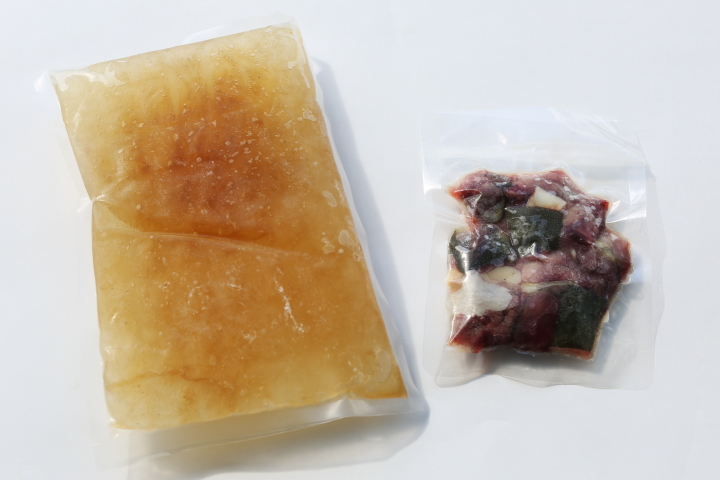 You can cook it as you like, but it is good to cook with Chinese cabbage, green onion, carrot, crown daisy, tofu, enoki mushroom, and brown beech mushroom. Or you can add soki (pork ribs), so it might look like an Okinawan hot pot. When the hot pot gets boiled and turtle meat started moving by itself, it is time to eat! 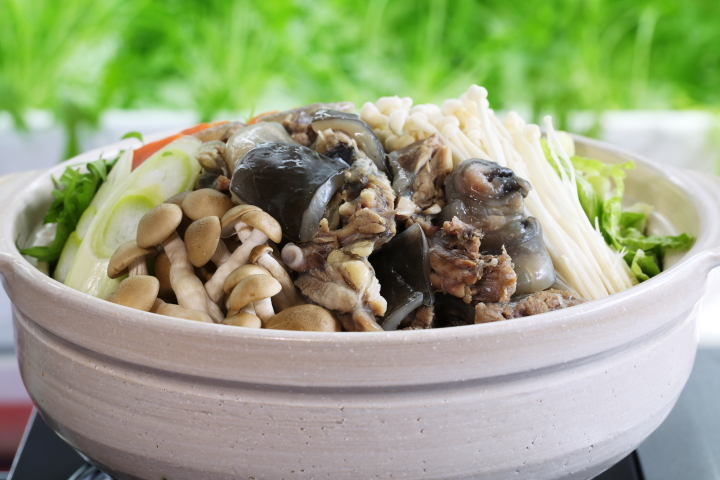 First, let’s check the turtle meat. Its surface is wobbly, and its texture is chewy. It is like between chicken and fish. It has moderate elasticity and meaty, so it will make you satisfied. It tastes simple but also rich, and its deliciousness is condensed in it. Each part of turtle such as feet and shell tastes different, so it is fun to eat each part♪ At first, It is better to taste as it is. And then, eat it with salt, ponzu sauce, or your favorite seasoning. Also, don’t forget to add tree onion, grated ginger, or momiji oroshi (grated daikon and chili). 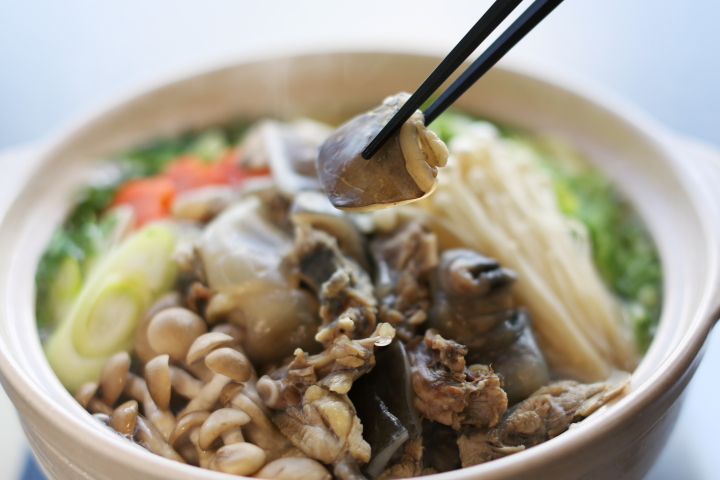 A species called “Chinese soft-shell turtle” is used for this hot pot, and it is known as a nutritious ingredient that has nutritional fortification effect. Usually soft-shelled turtle has been eating in Japan and China from long time ago. Stock with rich flavor can be extracted from soft-shelled turtle, so its soup, porridge, and special made soup made with sake are ranked as luxurious dishes among Japanese dish. The characteristic of Chinese soft-shell turtle is that every part except soft-shell, nails, and bladder are edible. Since it contains lots of vitamin A and B1, it is considered as an ingredient with nutritional fortification effect. Another characteristic of it is that it has low calorie and contains less protein and fat. Also, it has lots of amino acid and collagen, so it might have beauty effect as well. 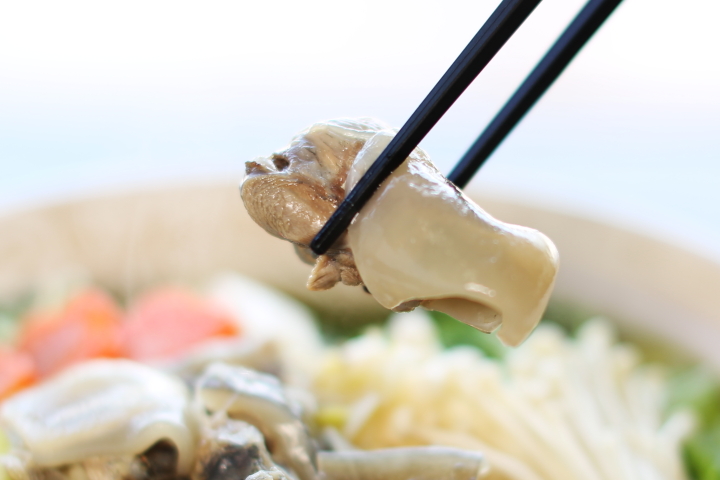 OKIHAM was checking such non-famous nutritious ingredient earlier and commercialized its processed product. OKIHAM is the only company which commercialized soft-shelled turtle, and it is ranked as the high-ranked product among other products of OKIHAM. This time, I visited the factory of OKIHAM (Yomitan Village) to research its deliciousness and secret efficiency.

Tomohiro Nohara, a manager of Fisheries Department, is in a charge of producing the product. 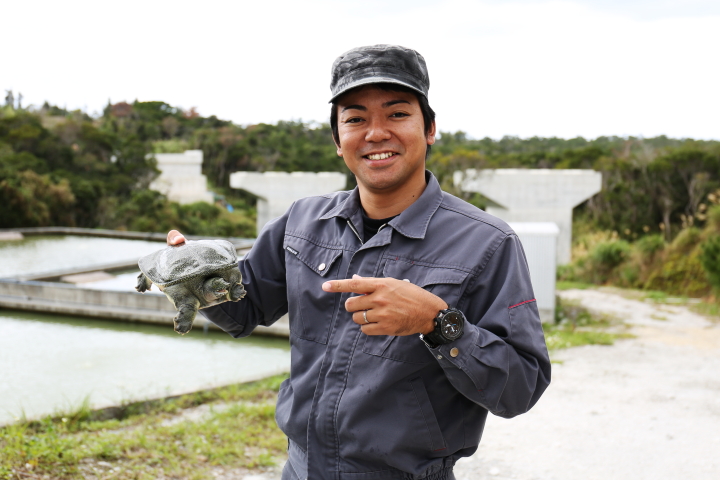 “I have fish, turtle, and others in a fish tank.” I saw a huge fish tank inside the office, and soft-shelled turtle and tropical fish were swimming in it lol. Nohara was known as a living creatures lover (especially creatures living in the water) in the company. When CEO Tokumatsu Nagahama heard about Nohara, Nagahama launched “soft-shelled turtle project” in 2011.

“After I received this mission, I visited soft-shelled turtle farms in Mainland Japan, and I was able to get a sponsorship from a company in Kyushu region. First, I built a pond and temporary tent on trial, and bought 50 turtles and kept them for 6 months. It went well, so we bought additionally 1,000 turtles and launched the project officially.”

Probably you struggled to launch this project because you had to do it from the beginning?

“Actually, no I didn’t lol Everything went smoothly. Now we are farming 20,000 turtles in Yomitan Village, and 30,000 in Motobu Town.” Currently, he is in charge of overall process from purchasing, dressing, and processing products.

“Usually, meat of soft-shelled turtle has muddy smell. But we focus on the good product management, clear groundwater, high-quality food, optimum climate, and purifying and extracting mineral of coral sand. That was why we were able to produce ideal taste of soft-shelled turtle product. If you want to know more detail on our product, please take a look at the website of ‘Suppon Yakata.'"

His experience in childhood and interest in living creatures motivated him to involve with this big project… No wonder each word that came out of his mouth was persuasive. 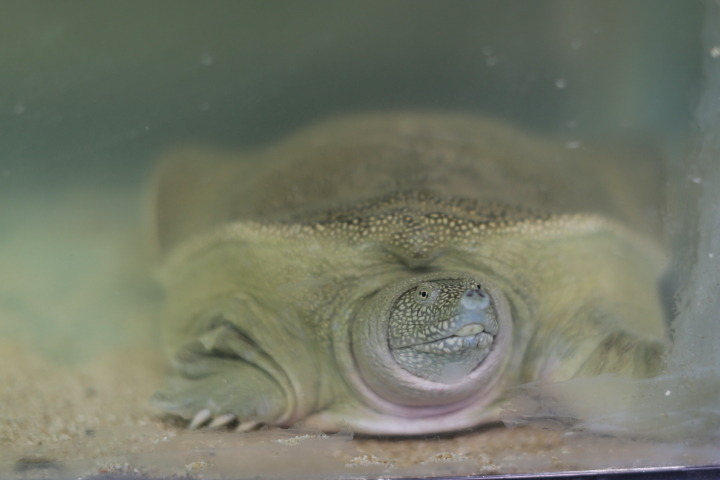 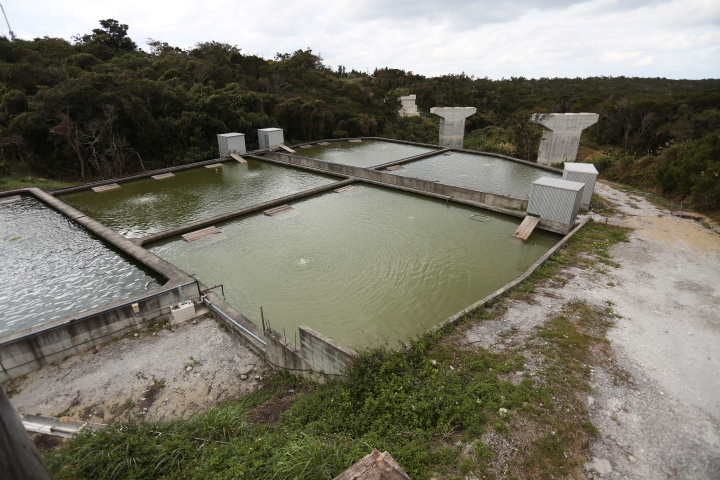 Next, I interviewed CEO Nagahama who is the founder of OKIHAM. First of all, why did a meat processor come up with an idea to produce soft-shelled turtle product? “It is because I saw a story about soft-shelled turtle on TV one day, and I thought that’s a good idea!” Well, that’s a simple reason lol

“Soft-shelled turtle has been noticed among people in Mainland Japan, but it hasn’t in Okinawa. We’ve been involved in meat from many angles, so I thought we can familiarize this ingredient based upon the know-how obtain from the experience since it has a demand for health and beauty fields. Also, I had a feeling that it could be a souvenir and helpful for the tourism industry.”

He is a former mayor / town councilperson of Motobu Town, a.k.a. a social business person. He is not just focusing on his own profits, so it is no surprise.

Also, he told me “I never caught a cold for 20 years. Health is the best thing more than anything else,” and he laughed. “Not only meat but soft-shelled turtle product and others all connect to OKIHAM’s slogan -Let’s bring back the island of longevity Okinawa-.” He is a very enthusiastic person and has ability to cope well with difficulties, so it is very hard to believe that he is 89 years old. I agree on staffs at OKIHAM secretly call him as “Health mania.” If OKIHAM proudly recommend such soft-shelled turtle product, we should expect a good result. 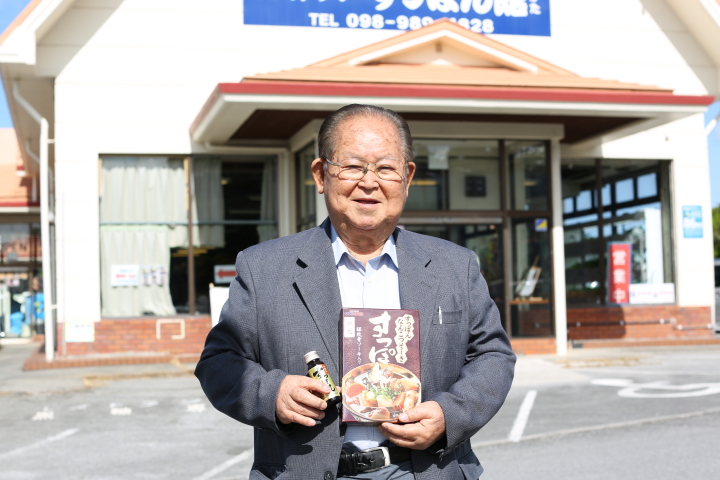 OKIHAM focused on product management, water, food, climate, and sand to produce the surprisingly delicious soft-shelled turtle product. Plus, it is equally delicious as the one in Mainland Japan. You can expect health and beauty effects from this brand new Okinawan gourmet / souvenir… It is the new ingredient which represents winter dish.

I hope you will try it someday! 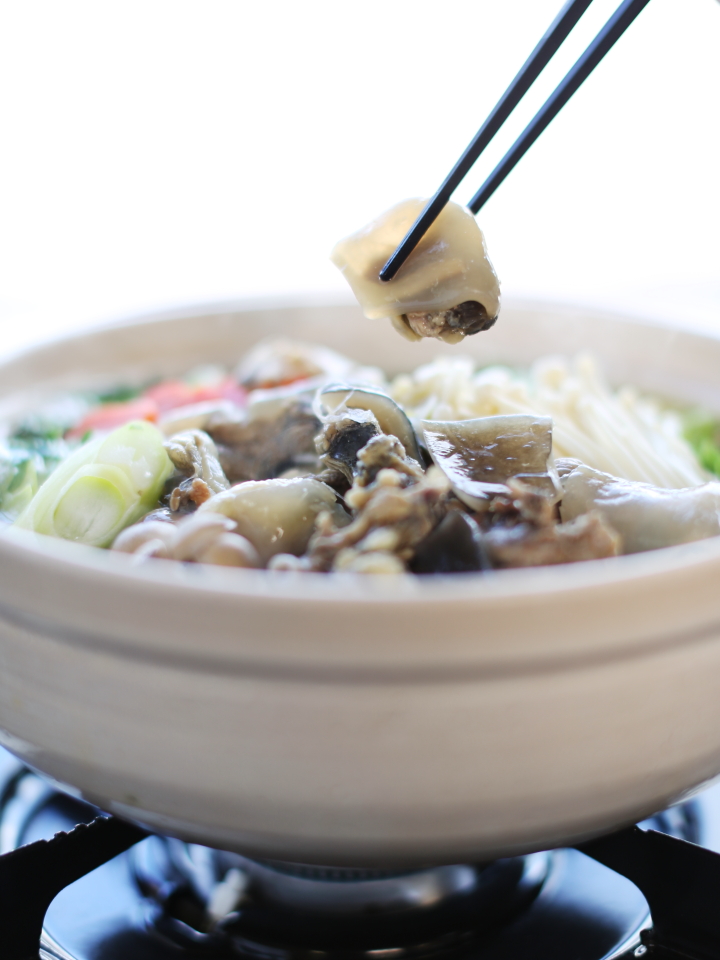 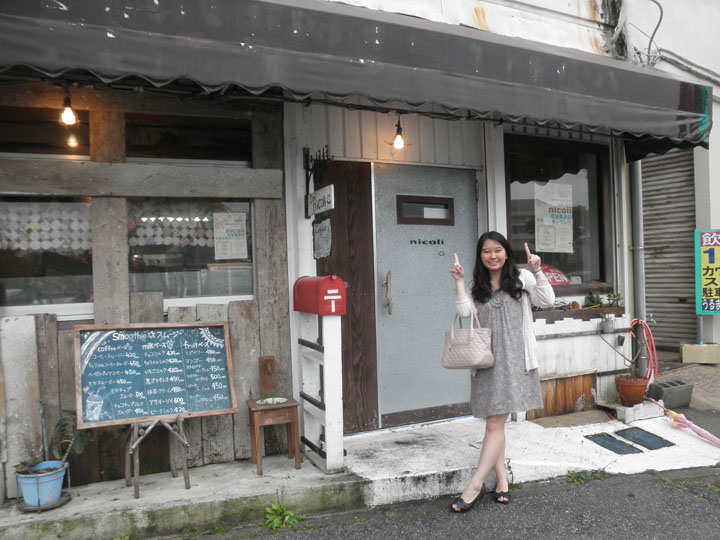 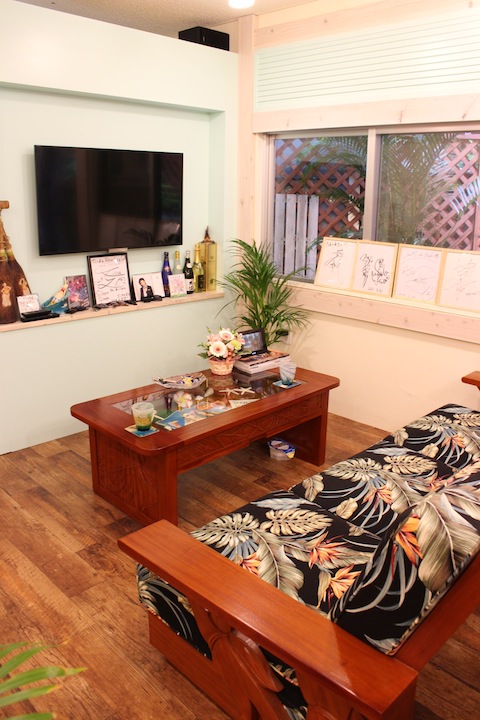 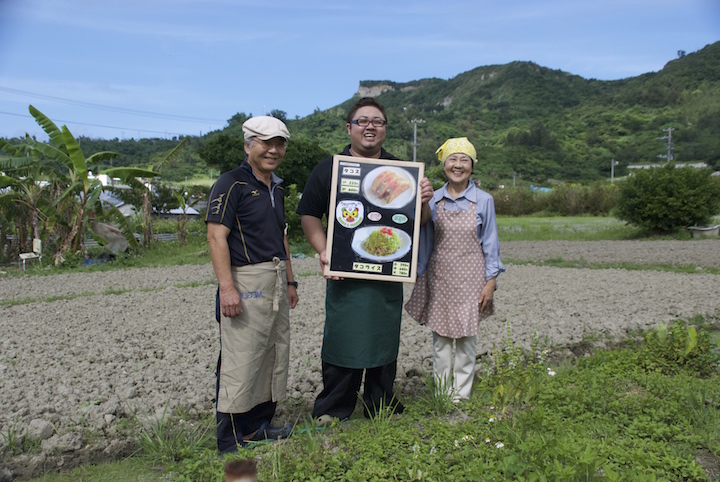 A Recommended Restaurant that is not on any Guidebooks at this Moment. “Uchinoyamachi” Serves Delicious Tacos, and Almost 100% of Customers are Local Residents (Nanjo City). 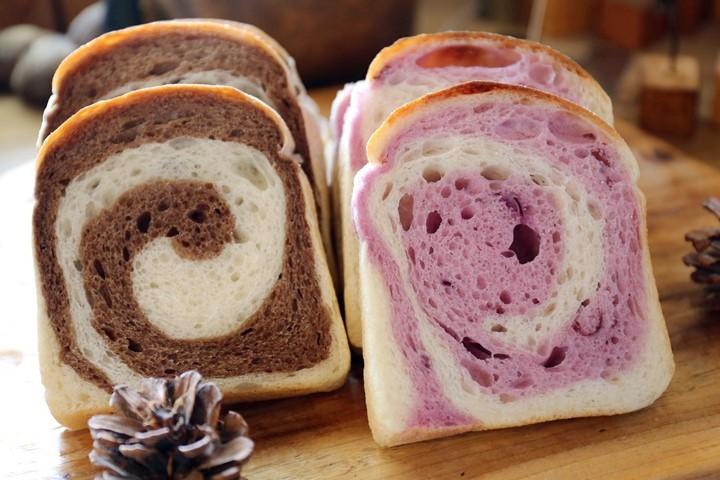 The Key to Its Deliciousness is the Ingredients They Use. A Bakery in Yomitan Village “Otonariya” Makes People’s Everyday Lives Happy 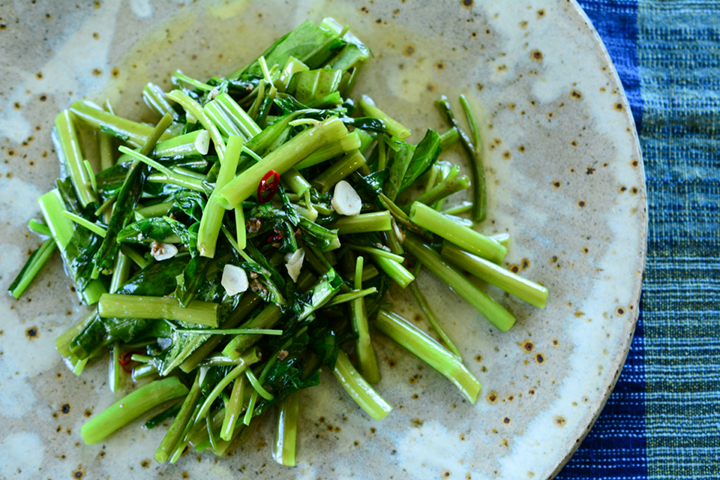