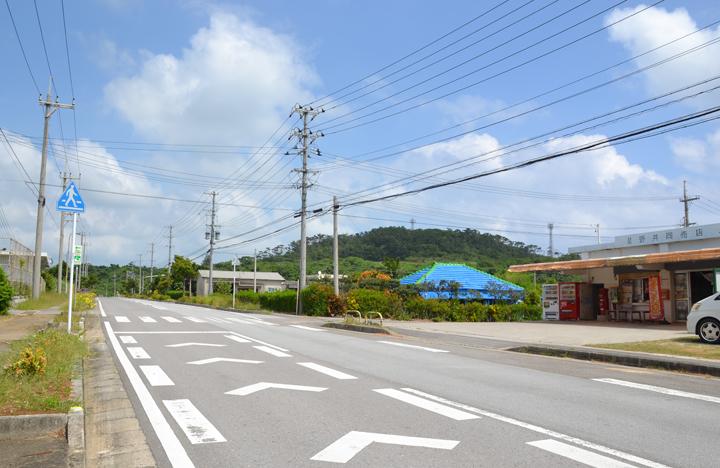 Hoshino area is 10-minute away by driving from Ishigaki Airport. A company “Umi no Mono Yama no Mono” or “Umi Yama” is sited in this quiet area. 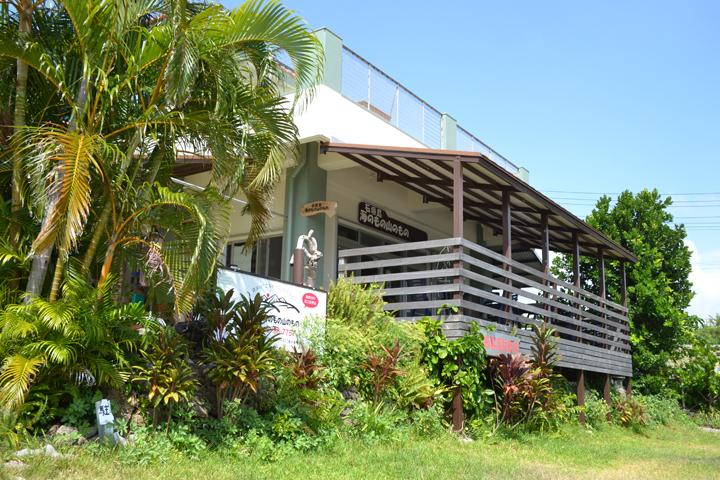 “Umi Yama” runs both shop and processing factory. The staffs have been producing wild grass, herb, spice, and fruits. Also, they produce and sell many kinds of seasonings. 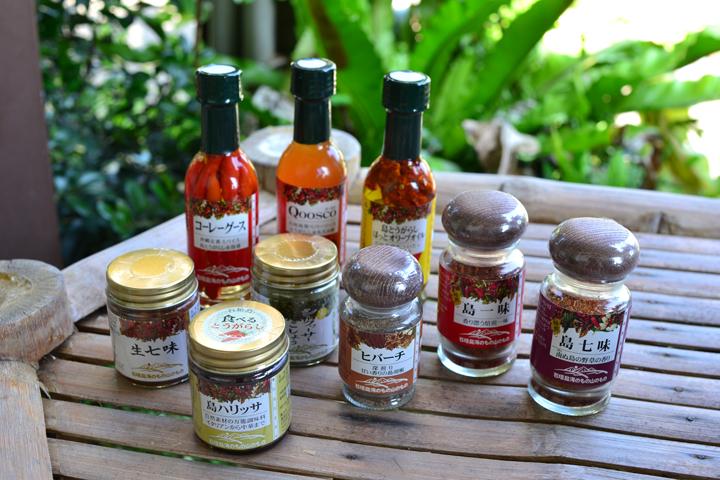 Seasonings they produce are about 30 kinds including Shichimi (seven-flavor chili pepper), shikuwasa pepper, spice, and herb tea. Also, blended natural ingredients and seaweed are contained in each seasoning. 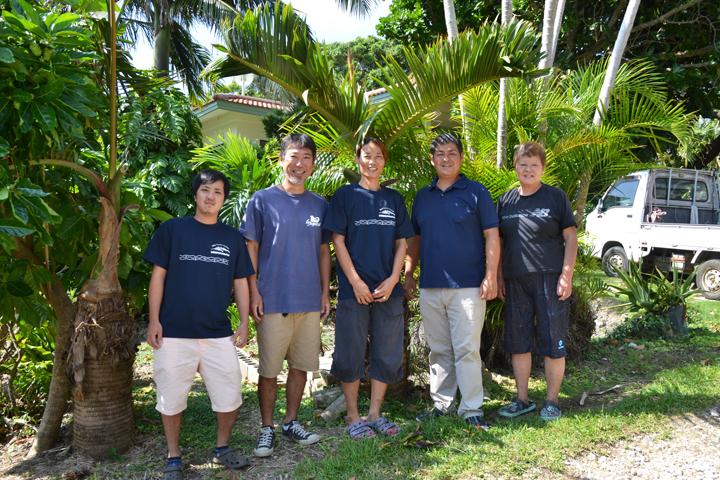 Ushiomaru Soga (second right on this photo) is the 2nd President of this company. Originally, his parents founded this company after they moved to Hoshino area from Tokyo. After they found out about ingredients of the Island that cannot be seen in Tokyo, they turned farmers, and cultivated and sold sugarcane, herb, and pumpkin. Later, they founded “Umi no Mono Yama no Mono” 23 years ago. Seasonings with ingredients of the island were not available much at the market then, and they produced the first Shichimi seasoning which includes shell ginger and turmeric. His father already retired from his job, but his mother works for processing and producing still. 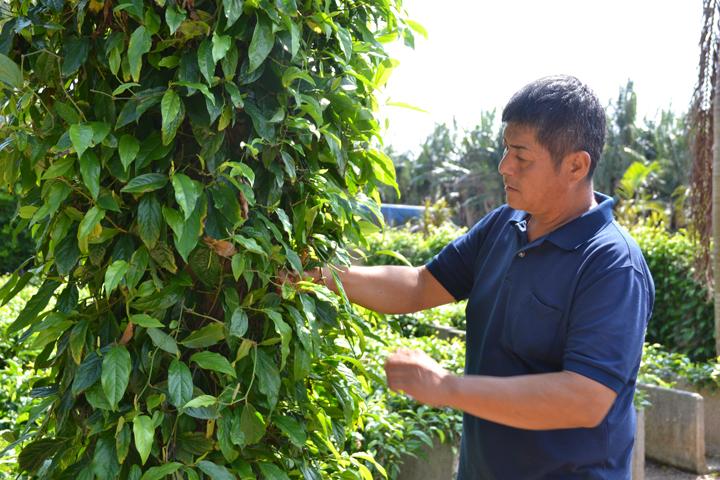 Currently, they have been focusing on cultivating “Hibachi.” It is a spice which is necessary for Yaeyama Soba, and it is also called as “Pipachi” or “Pipatsu.” 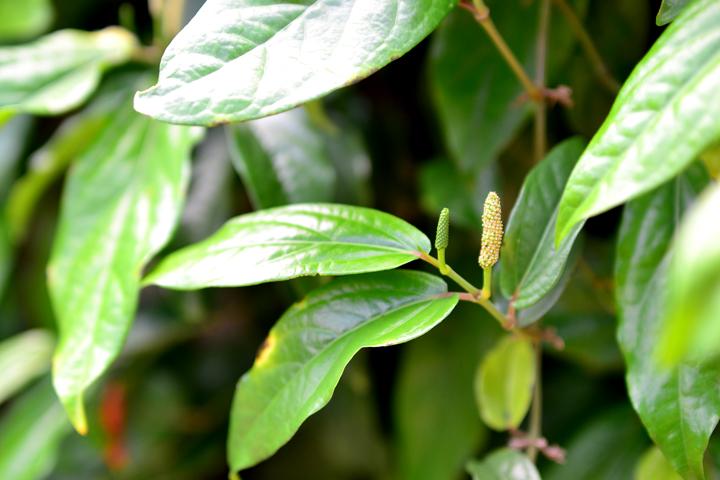 When I stopped by the Hibachi farm, I saw lovely shaped berries of Hibachi between greenery leaves. When berries get bigger, turn red, and ripen, it is time for harvesting. Later, this unique flavored Hibachi will be dried and powdered, and used as so-called island pepper. 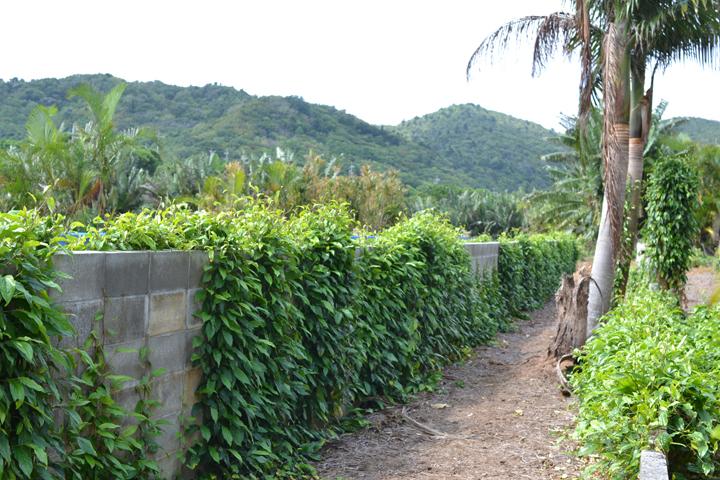 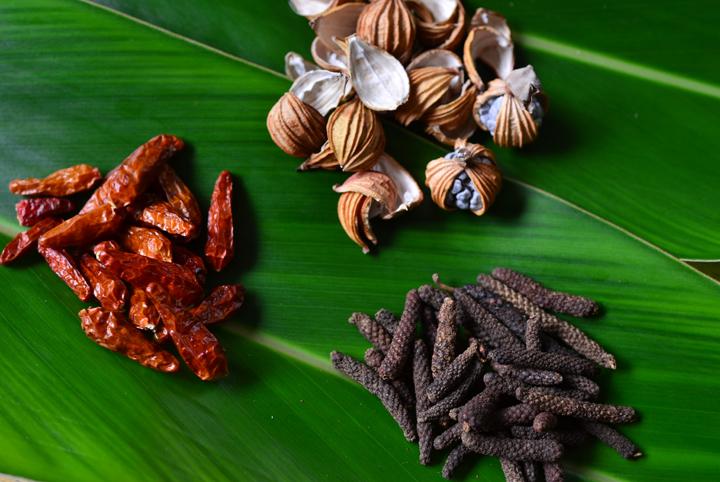 Island pepper, Hibachi (bottom right), and berries of shell ginger (top right). These are all ingredients of their produced seasonings, and they were grown up in the farms of company. I personally use their koregusu (chili pepper soaked in Awamori) and shichimi, but I tried “Shima Harissa” for the first time and got hooked immediately. Once I opened its lid, I smelled an appetizing smell of Peucedanum japonicum, herb, and cumin. It also has spiciness, so it is good enough for cooking. It goes well with any dishes, so I will definitely buy it more often. 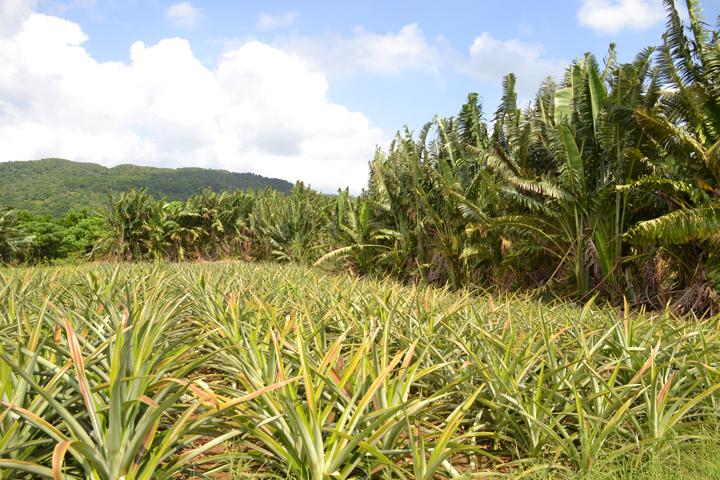 This is the pineapple farm that Ushiomaru works at. Pineapple is used as an ingredient of sauce. He recently started having goats. Goats eat grass at the farm, and their excrement is going to be used as manure for the farm from now on. It might be a small thing, but he wants to do it to promote the delicious ingredients on this island. That is why he produces seasonings diligently. So, would you like to try these nutritious seasonings that are produced at this small factory? 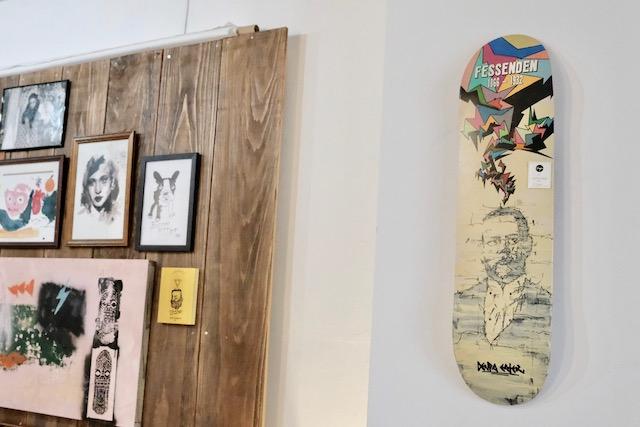 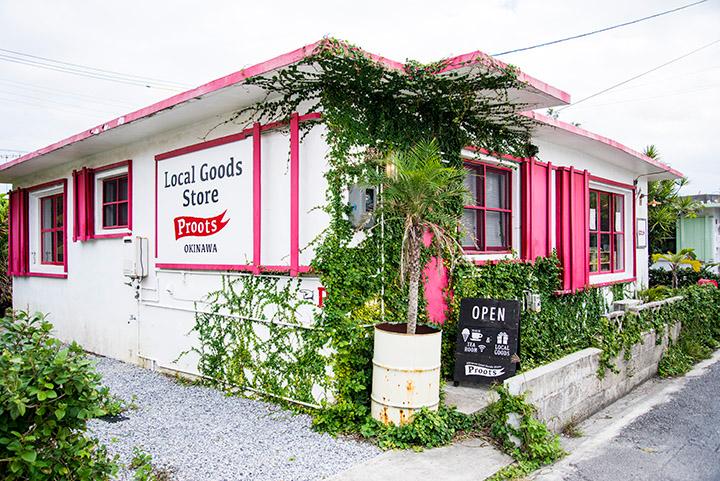 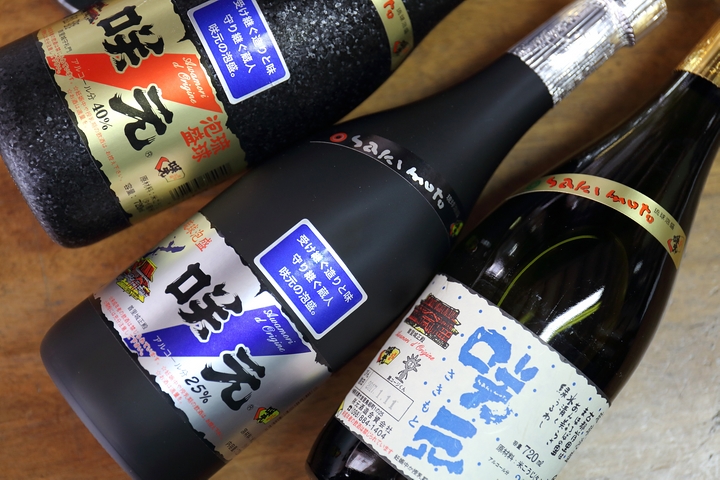 Founded in 1902! “Sakimoto Shuzo,” a Historic Distillery in Shuri, Continues to Produce Awamori with Unchanged Flavor 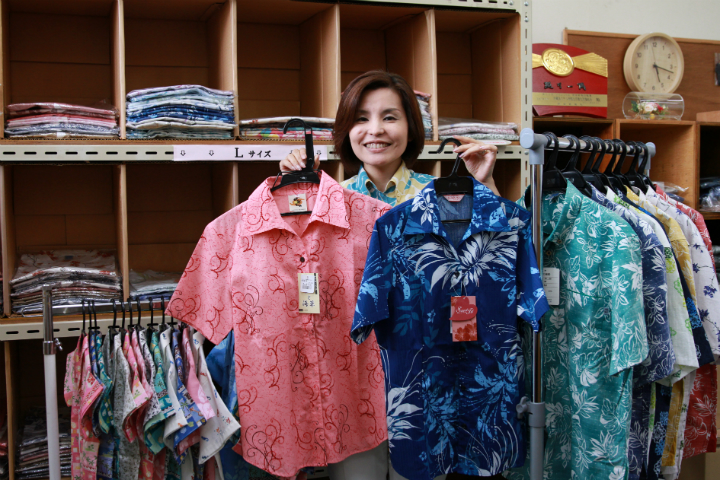 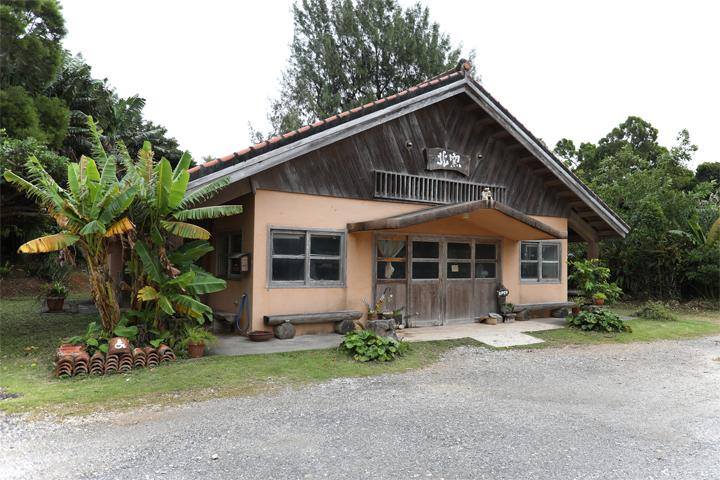