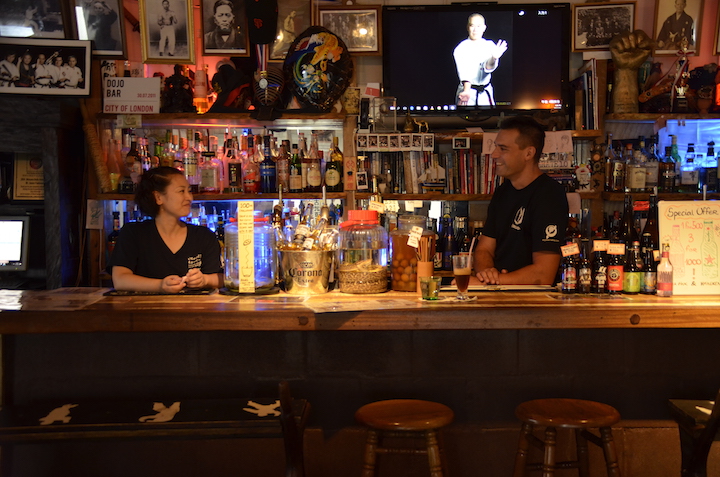 With its glorious past as a Kingdom that flourished in international trading, and also with the western influences from the military base presence, Okinawa has a remarkable international character. The central region of Okinawa Island like Okinawa City and Chatan Town are more commonly known to be the areas to enjoy an international atmosphere, but actually, in Naha too, there is a special place where travelers from abroad and those who have relocated and made Okinawa their homes gather nightly. That special place is the DOJO BAR, located just between Shintoshin and Kokusai Street. This international bar is owned and operated by a karate-ka who is originally from England. 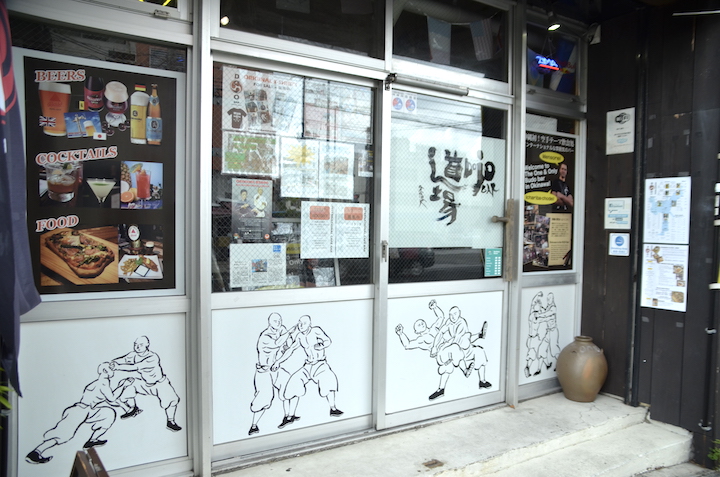 The name and the exterior may be a little intimidating to some people, but once you open the door and take a step into the bar, you’ll quickly change your mind. James Pankiewicz, the owner, takes pride in the comfortable atmosphere of the bar and that comes from “the laid back feeling” that he believes is important. James and his staff are very friendly, and just like at the pubs in England, you can enjoy a fun and relaxed time at this laid back establishment.

To add to the great times is the diversity of the customers. There are locals, travelers, and people from around the globe who have come to live in Okinawa. There are also many customers not related to the world of karate who come to brush up on their English, get to know other cultures, and to generally have a good time at the unique bar. 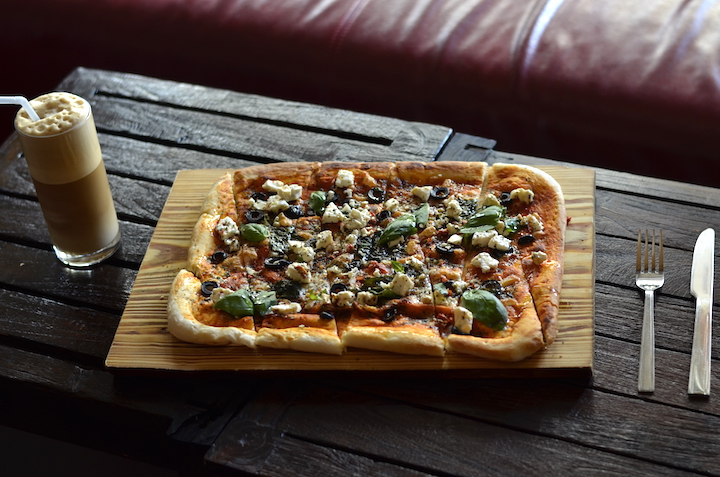 Recommended foods on the menu are their original pizza and of course, the fish and chips. The pizza is carefully made from scratch every day and they have a great selection, too. Their selection of pizza is diverse, too, from Greek-style pizza to those with jalapeno peppers that add an extra karate kick to the palate. 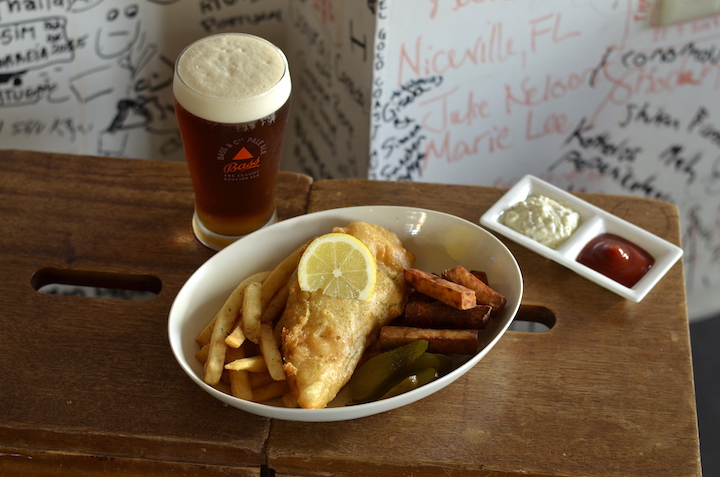 As for fish and chips, we all love that crispy batter and Dojo Bar doesn’t disappoint. The beer batter is crispy on the outside and the inside is fluffy, and the fritter texture is something they are pride of. There’s no way James is going to take shortcuts in serving the delicious soul food of his home country. The fish and chips is always delicious whenever you go, and is a must try. 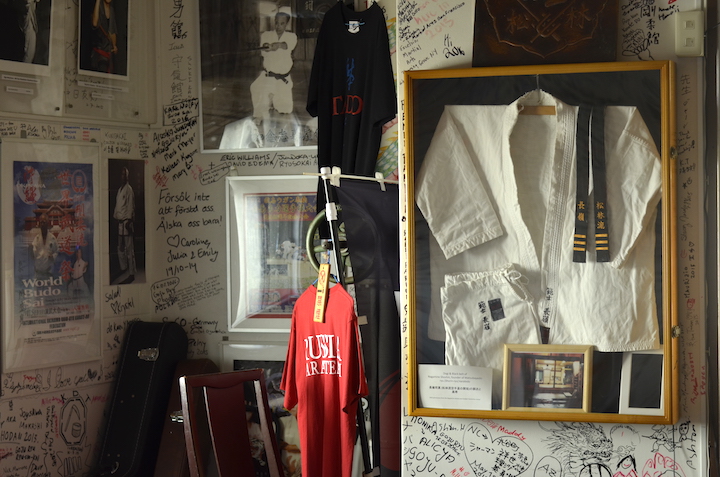 Just as you would imagine at an establishment with a name like DOJO in Okinawa, the birthplace of karate, there are various items on display in the bar. There’s a karate-gi wear that a traditional karate-ka wore, an autograph of an active karate-ka, kobudo weapons and many others. Stocked in James’ mind are knowledge of not just karate and kobudo, but also in martial arts from around the world. Many of his customers from overseas enjoy these items on display, saying “This is truly like a karate museum!” Through word of mouth, there are more and more visitors from overseas stopping by his bar. 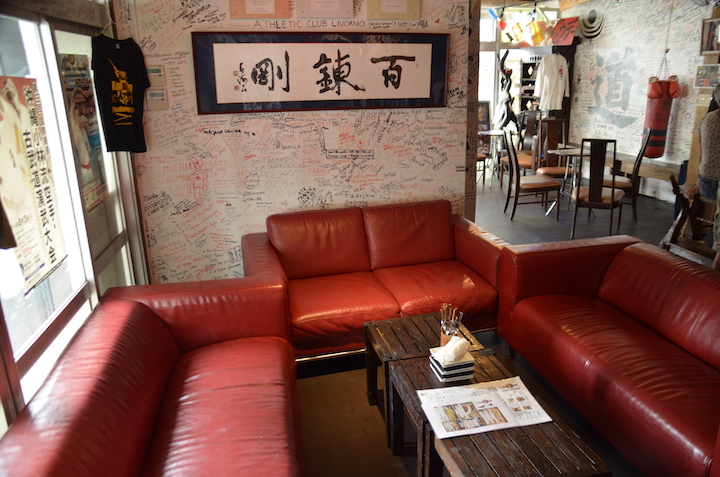 James talked about travelers coming to his bar wanting to experience Okinawa’s traditional cultures, and how he introduces them to karate dojos in the prefecture. Before he entered the world of karate at age 18, he says he was into kung fu and samurai movies. I was surprised to hear that he read Gorinsho by Miyamoto Musashi when he was in high school. I asked him what it is about karate that attracted him. 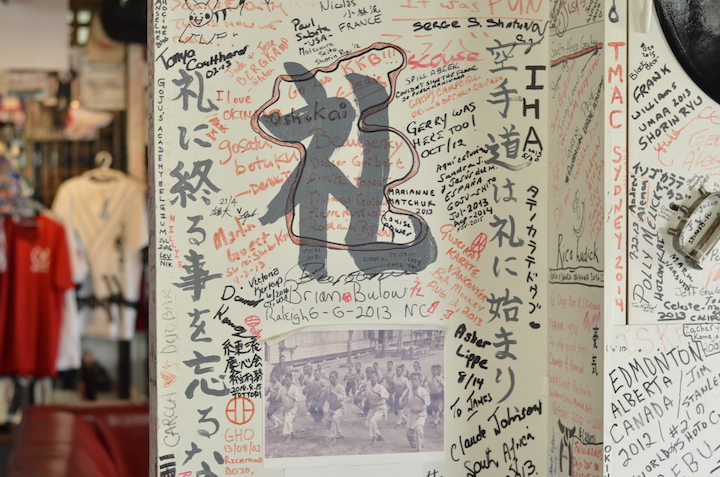 “The basics of karate is the unambiguousness of strength and grace, to clear the mind and not hew to anything. That allows you to swiftly and accurately move to handle any circumstances. Okinawa has maintained its stance well through its history while surrounded by bigger countries like Japan and China. It has passed on the generations an original and unique culture. I think that was done through flexibility and adaptability which are seen in the basics of karate, in the clarity of goju (hardness and softness) and to not be caught up or persist on things,” says James.

His response was that of someone who understood and loved Okinawa deeper than some who were born on these islands, and his words delivered his sincerity. He continued to share his respect and admiration of Okinawa. 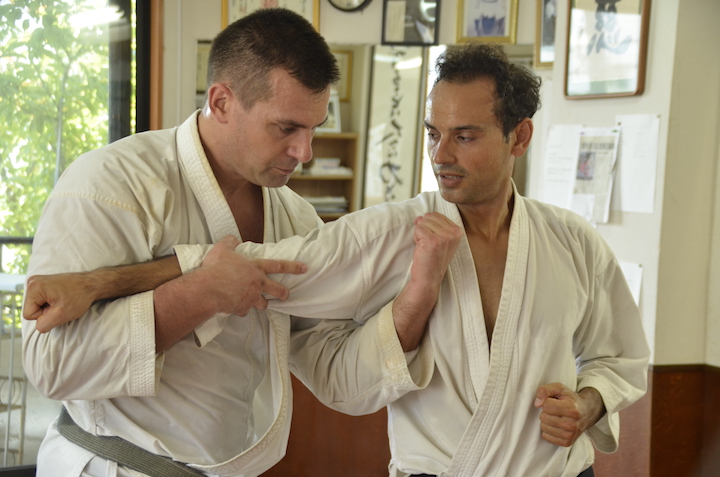 “Life on an island is great. The winds from the seas, life near the ocean, the Uminchu (people who live closely to the seas, in Okinawan language). I’ve lived in Greece where the seas was also close, and England is also an island nation. Uminchu are everywhere around the world, and many are “good people”. Many are thoughtful of others around them, and those who help each other out like its second nature. As you see, I have many customers from overseas, and many of them say how Okinawa is a very friendly and safe place.”

James believes that the responsibility of a karate-ka is to protect the people around them. He says, “To ‘protect’ doesn’t mean to do so through waza techniques or physical strength.” It’s the skill to maintain a safe state of being. The strength and skill to live our lives so that there will be no conflicts. “Half of the reason why conflicts occur is ego; we all have it. Conflicts don’t just happen. There are steps that lead up to any conflict. There may be differences in opinions or a misunderstanding, and people let their emotions flood them and then comes course language, etc. Deciding our course of action at each of those steps will bring completely different results. What we need during those times is the strength to control ourselves,” James shares.

Controlling emotions, and soothing the ego effectively. Those strengths were likely built in his years of karate training. The wise words from James had a lot of weight. It felt like the same mix of strength and kindness that I often feel from the Oji and Oba (grandpa and grandma) of Okinawa. It’s perhaps the love and affection nurtured within their souls from the hardships in life. 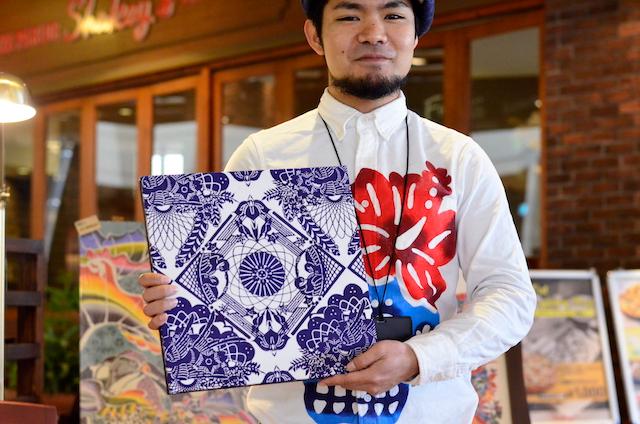 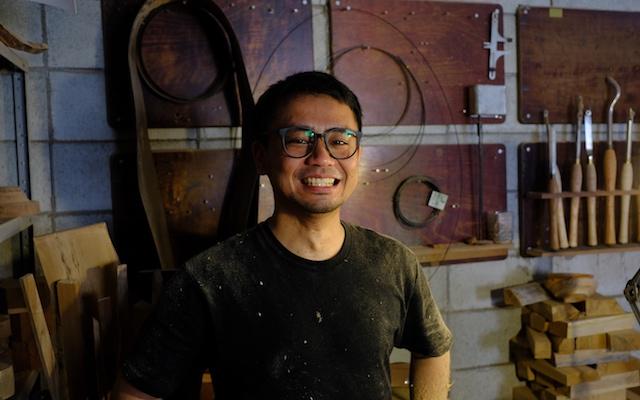 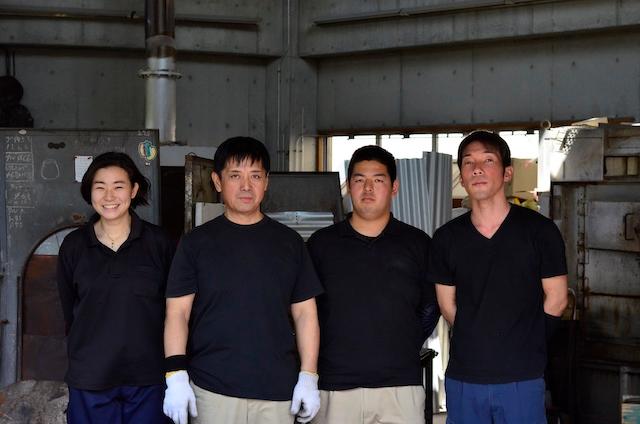 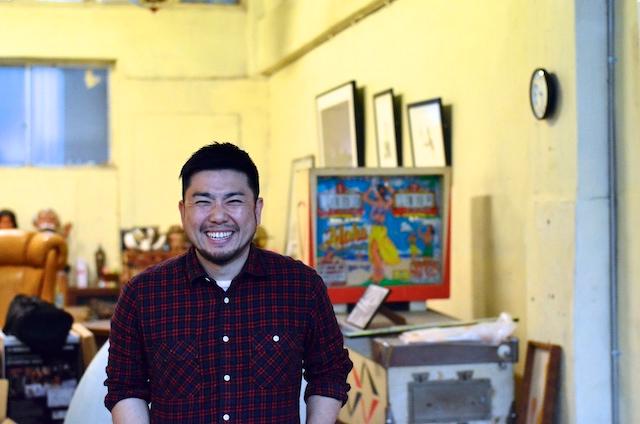 Kajiku Bingata (Naha City), Bridging the Past & Future through Bingata