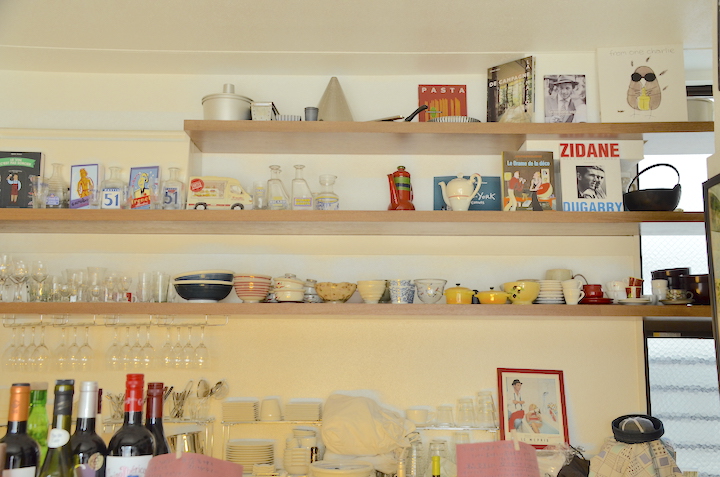 Along the tree-lined street toward Himeyuri Street (Route 330) from Makishi Station on Kokusai Street, is a hidden gem of an establishment. The comfortable little restaurant is called Lion Midori, and they serve friendly French dishes and casual pastas that go so well with wine. 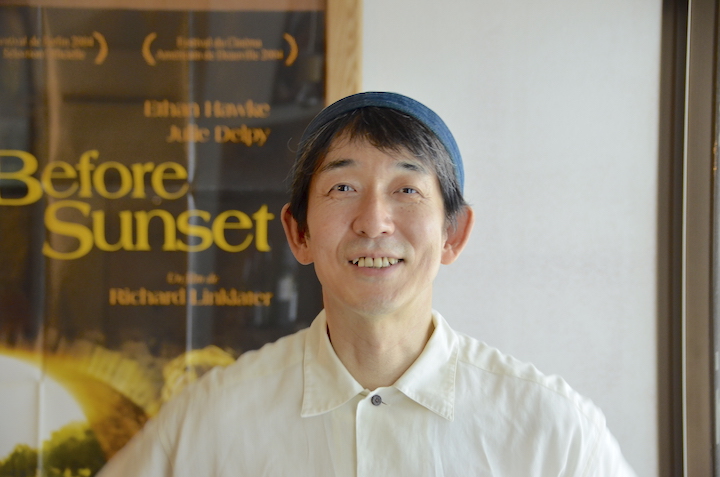 Delicious dishes prepared with care, using all the “good things” from Okinawa and the rest of the world. With over 100 varieties of natural wines selected by the owner, Izumi Nogushi, who tasted all of them and found them quite satisfactory. It’s a cozy atmosphere inside, with two tables and counter seats. 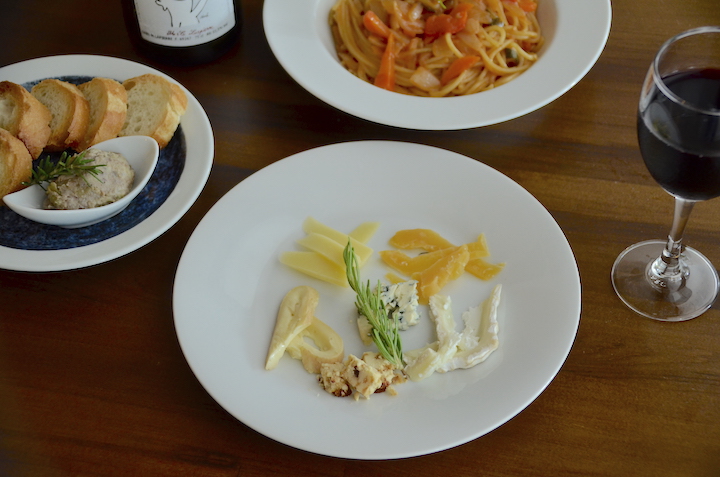 Today, I was delighted to feast on their Assorted Cheese (1,280 yen), Rillettes with Island Eggplants and Guinea Fowl (680 yen), and Honki-de Tsukuru (made with all seriousness) Napolitan (1,000 yen). The vegetables and herbs in the dishes served at Lion Midori are procured in Okinawa as much as possible. 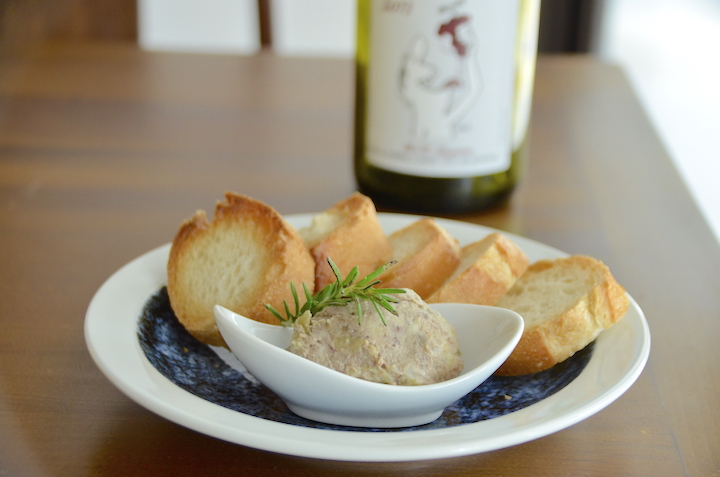 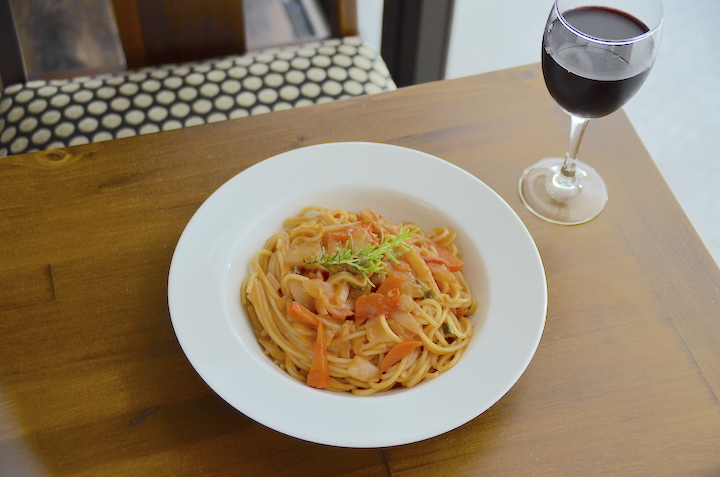 At Lion Midori, they do their best to only use vegetables that are organic and grown without any chemical fertilizers, getting their produce from suppliers like Yasaiya Hajime and others who are very particular about good quality vegetables. Their herbs are grown by the father of Noguchi-san’s partner, Miwako-san (who was on childcare leave when I visited), who has a garden in Okinawa City. Every day, before coming to his shop to start the day, he stops by his father-in-law’s field and harvests fresh herbs. “During the mid-summers in Okinawa, we can only harvest goya (bitter melons) and togan (wax gourds) and other types of squash, along with the herbs. So we sometimes have no choice but to use vegetables from other parts of Japan,” says Noguchi-san, apologetically. That’s the laws of nature in this area, so there’s not much we can do about that. 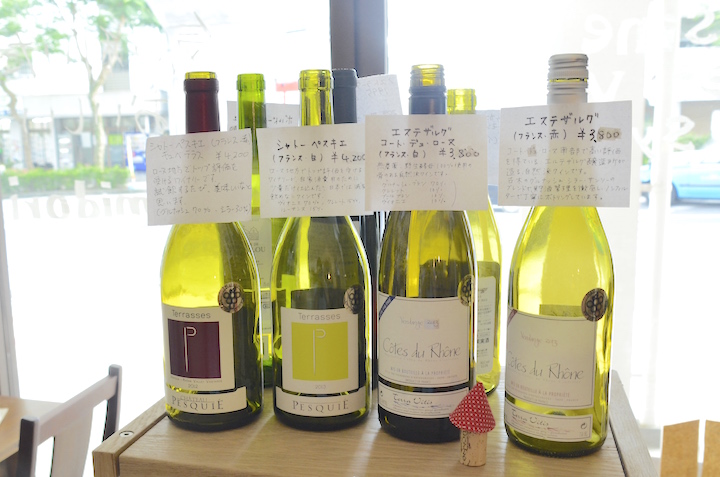 The selection of cheese offered at Lion Midori are just like the wine. The chef tries them himself, and chooses those he strongly feels, “I want people to try this.” All the cheese are made by known producers in Europe. For example, the Gouda cheese, rich in amino acids and aged over 36 months; the Fourme d’Ambert, a wonderful blue cheese to satisfy blue cheese lovers and non-lovers; and Buche de Lucay, a goat milk cheese that brings out the wonderful taste of goat’s milk so perfectly. You can enjoy the wonderful selection of their cheese which are described as, “high grade, equivalent to A5 rank of Wagyu Beef”. 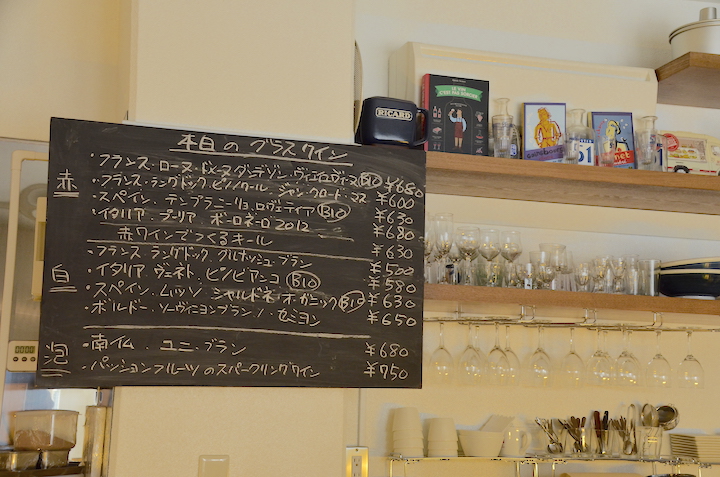 All of the dishes created by Noguchi-san also go perfectly with wine. The authentic dishes with bruschetta, foie gras mousse, dips and other side dishes come with baguettes. If you’re feeling hungry, I highly recommend you try their spaghetti. Their spaghetti dishes have been their most popular since they had their shop in Koza, in Okinawa City, with many customers who say, “If you’re going to have spaghetti, this is the place to have it!” Their Napolitan brings out the best in tomatoes, and their other spaghetti dishes like Cream Spaghetti with Gorgonzola Cheese, Mushroom Spaghetti with Melted Butter Seasoning, Sardegna Squid Ink Spaghetti, and others, are simply mouthwatering. 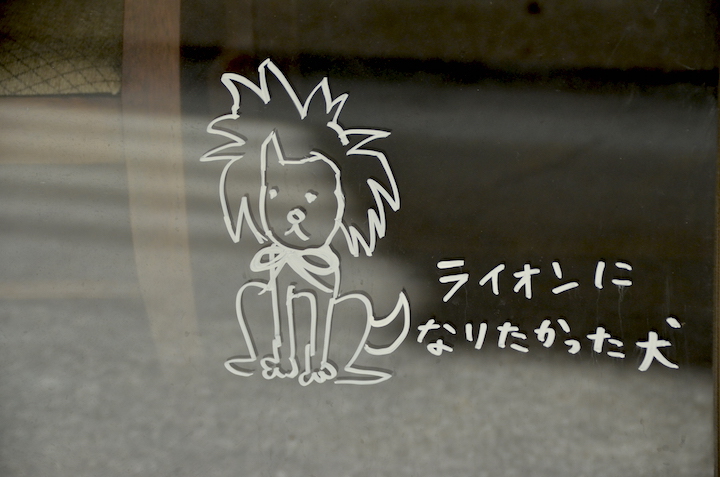 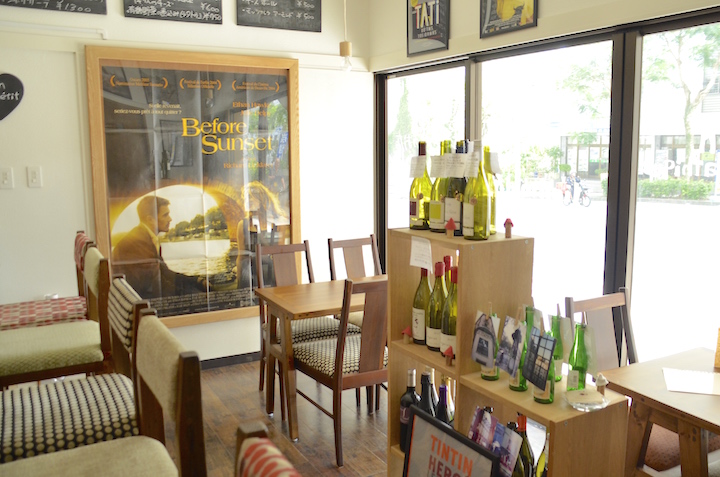 “Each and every step in the processing of the ingredients, and all the way to decorating the dishes, all of that, is what makes French cuisine so interesting,” says Noguchi-san. He aimed to be a studio musician in his high school days, but realized that his skills were not at the required level, so he chose the path of a photographer, hoping to capture musicians on film.

Eventually, his work introduced him to the attractive world of cooking and he began his journey in this field. He gained experience in his home prefecture of Gunma, then Tokyo, before he went on to France to learn the real thing. The restaurant he worked at in France was fortunately a small establishment owned by a lovely older lady who loved him, and he was put in charge of everything, from appetizers to desserts. He was met by great fortune that rarely comes by for aspiring chefs. 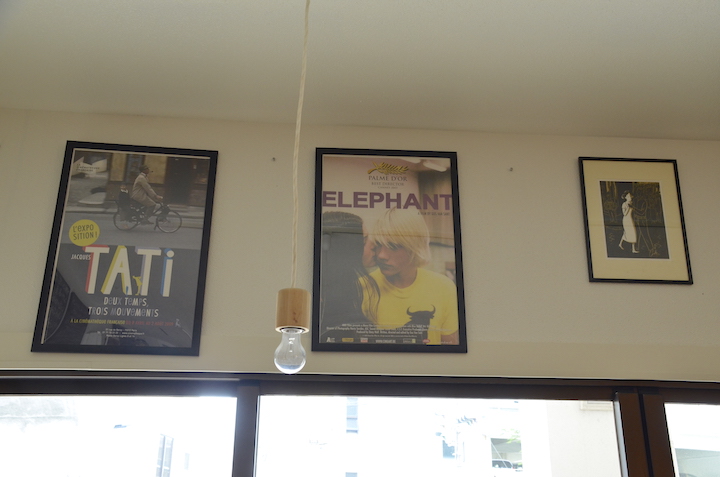 Every year, Noguchi-san closes his restaurant for a short while to travel to France. He goes restaurant hopping, strolls the streets, stops by antique shops to pick up old movie posters. He says by feeling the atmosphere of France keeps his senses sharp. His trips to France aren’t limited to this, though. His main purpose of his trips are to go see and visit the graves of all the people that supported him while he lived, worked, and learned there, like the lovely old lady who owned the restaurant, and other chefs. 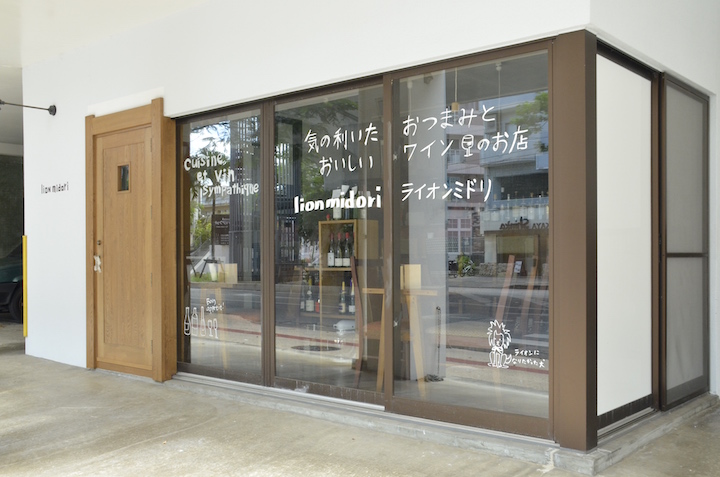 “They were all so very good to me,” says Noguchi-san quietly and shyly. This interview made me realize that the reason behind the heartwarming feeling I get after eating the dishes there was because of Noguchi-san and Miwako-san, who was currently busy with childcare. Next time, I want to take my in-laws for a nice meal together. 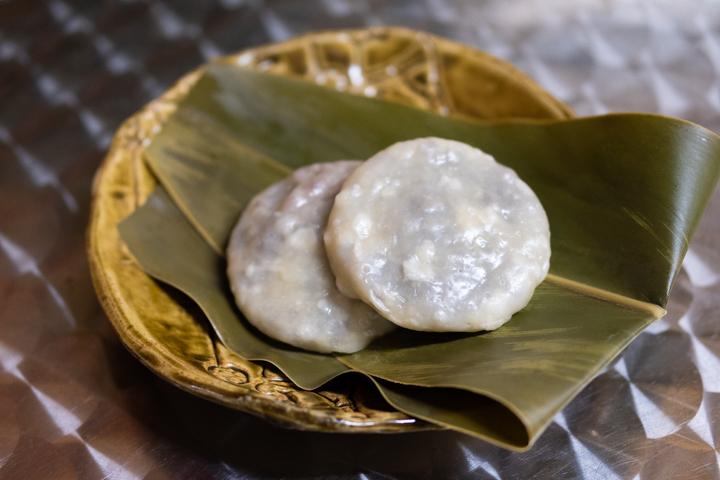 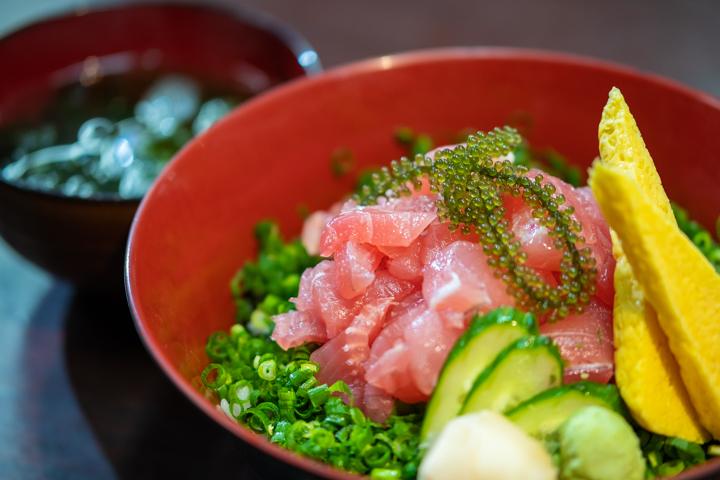 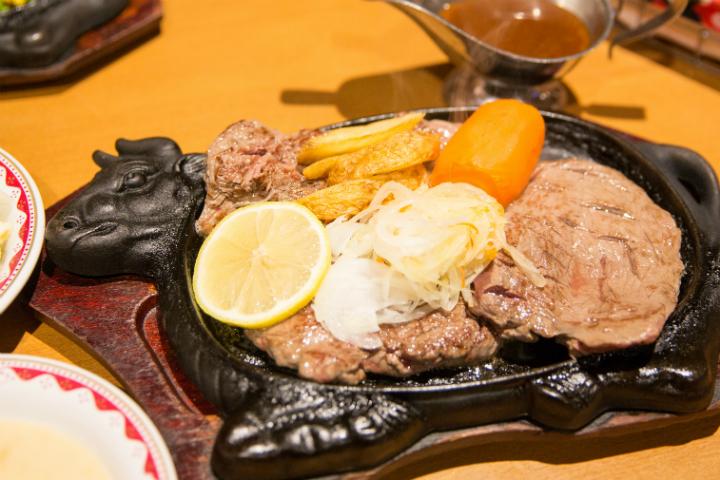 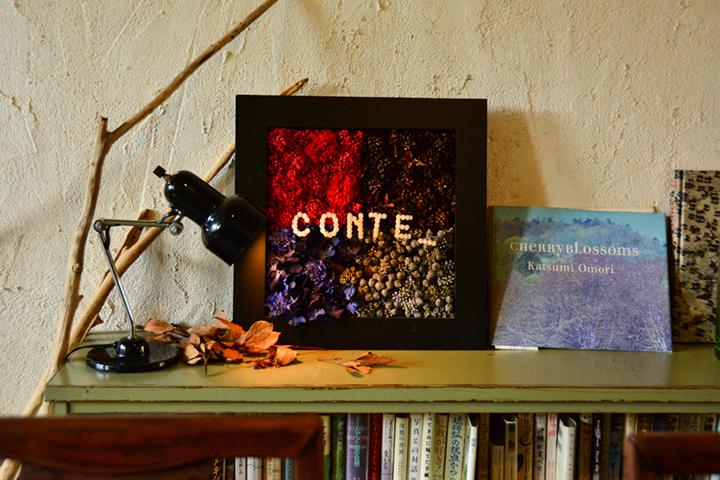 Dining Space, CONTE_ (Naha City), Where Stories are Weaved by People and Encounters 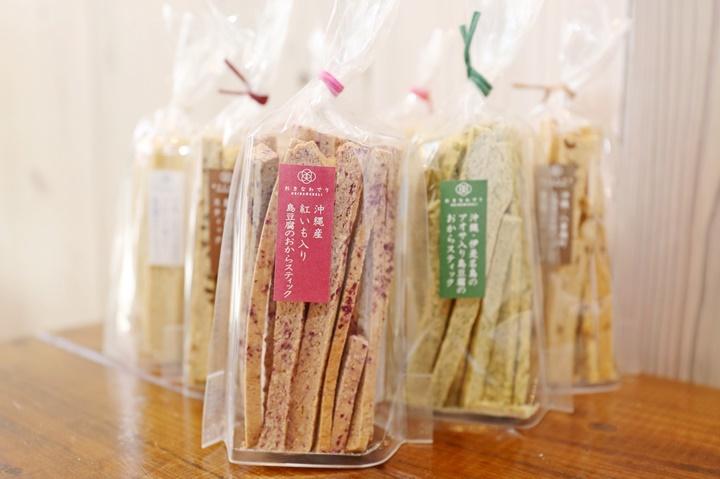 You Can Snack and Still Be Healthy! Guilt-Free, Healthy Sweets from Satomiya in Naha City