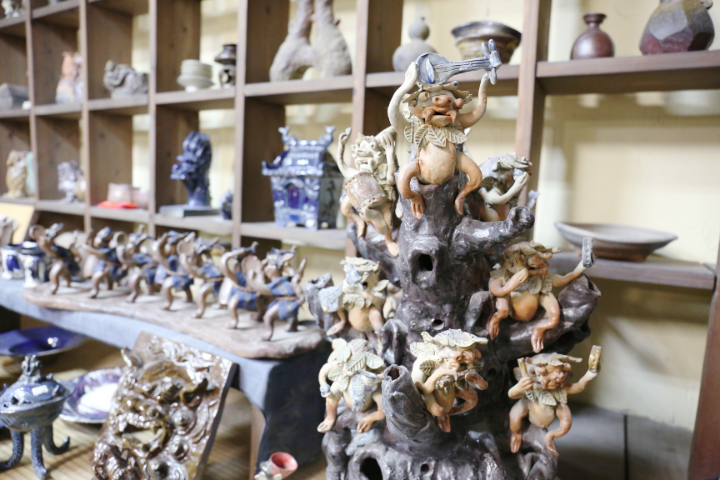 What’s important is to not turn away difficult tasks simply by saying, “that’s not possible,” or “that’s not feasible,” but to take on the challenge head on. That’s exactly what Masakazu Soma, the proprietor of Toshin Gama has always done. Soma-san, who runs a pottery studio in Yomitan Village, has never turned away requests even if they’re unprecedented and seemingly impossible. For example, the Tsuboya Ufu Shisa placed at Tsuboya in Naha which is 3.6 meters in size, and also the Saion Ufu Shisa, another large Shisa lion placed by the Makishi Station, were such great challenges. Toshin Gama was one of the first to tackle this challenge, and did so eagerly.

“To create works that no one has ever even tried to, is what propelled Toshin Gama and gave us confidence,” says Taisaku Soma, the manager and the first son of Masakazu. He says Masakazu’s spirit of challenge and enthusiasm to take on any task is a great source of motivation for all the craftsmen that work at Toshin Gama. 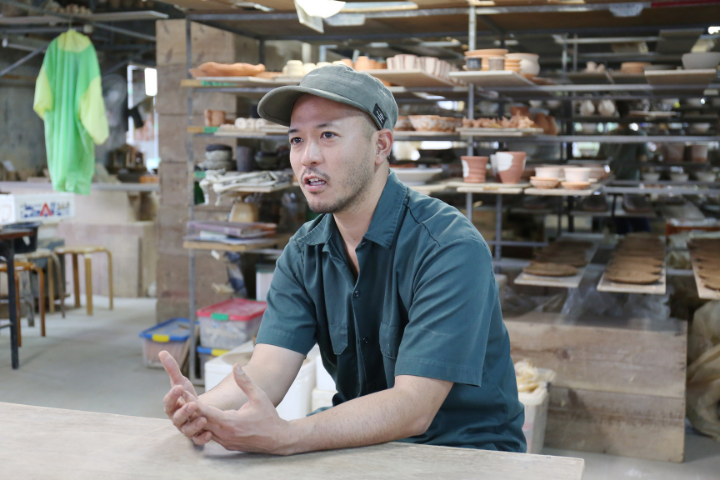 The Toshin Gama studio is vast, at 1652 square meters, and this is where about 15 craftsmen and apprentices conduct their work. Tasks are categorized into clay making, glazing, design painting, production on the pottery wheel, coloring, tatara (slab pottery) and others.

The clay and glaze are handmade using the traditional methods and mixtures, preserving the precious customs of Tsuboya Pottery. At Toshin Gama, they make great efforts in creating their items with materials that are locally produced as much as possible. They blend the clay specially ordered from the Tsuboya association with red clay from the mountains, and as for the transparent glaze (called Shiru-gusui in the Okinawan language), which is used as a base for all the glazing, is made with Gushichan white clay from Yaese Town in the southern region, and rice husks from rice harvested in Yaka, Kin Town, and slaked lime (shell powder produced from baked shells). 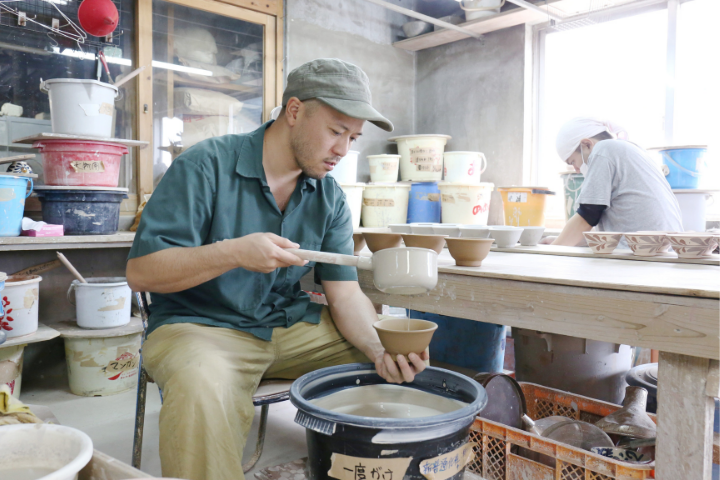 The pottery pieces are created by hand on a potter’s wheel. This is from their dedication in preserving the traditions as a kiln operator of Tsuboya Pottery. On the other hand, they also pay attention to bringing in new aspects into their work, too. The paintings on the pieces are truly unique to Toshin Gama, with dynamic and sharp red paintings, dyes, fish prints, Icchin, and others. The works by Toshin Gama are both powerful and delicate.

Another factor that they place importance on is the needs of the users. They try to meet the requests and demands of the people who actually use their pottery. They pay close attention to carrying on the traditions, but just as much attention goes towards the convenience and usefulness that meet the lifestyles of today.

Perhaps that’s why when I look at their work, it’s easy to imagine the specific scenes from my everyday living that I could use the pieces. Another reason that they have such a large following may also be because the pottery pieces are lighter than they look and are very easy to use. 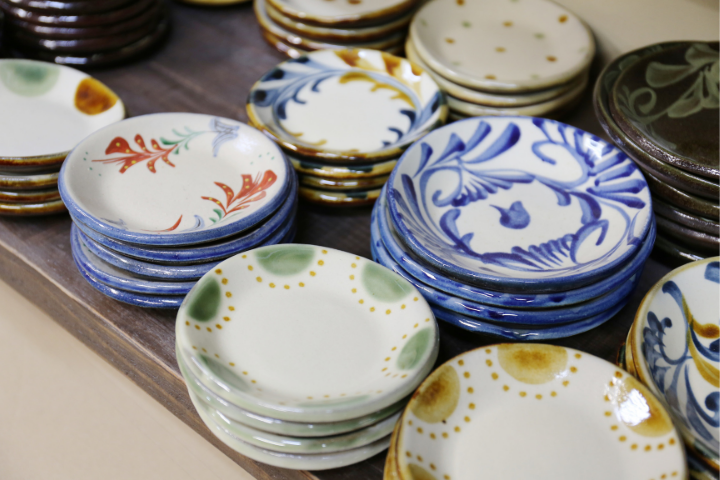 Toshin Gama offers observation tours at their studio without prior appointments. You can also take an introductory pottery course (by appointment only), too. At the adjacent Yachimun & Café Gunjo, they have an oven in the shape of a Shisa lion where they bake their delicious pizzas, and they serve them on the plates produced by Toshin Gama. It’s great to be able to see the production process, actually touch them, and then use them, too. Before you actually make your purchases, you can really see and experience the wonderful quality of their work. 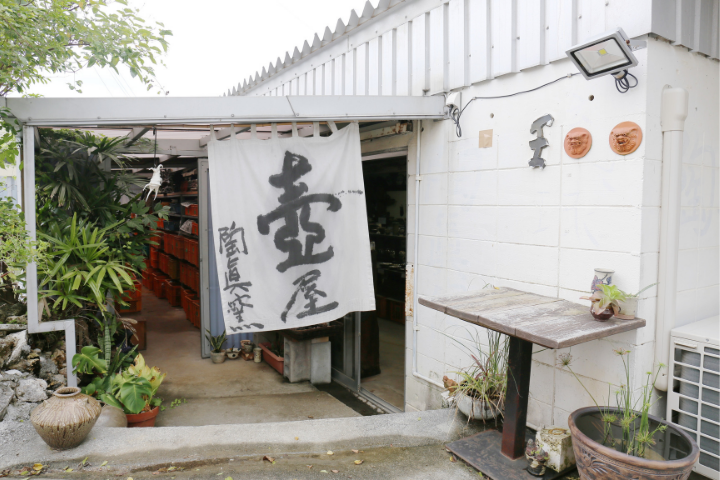 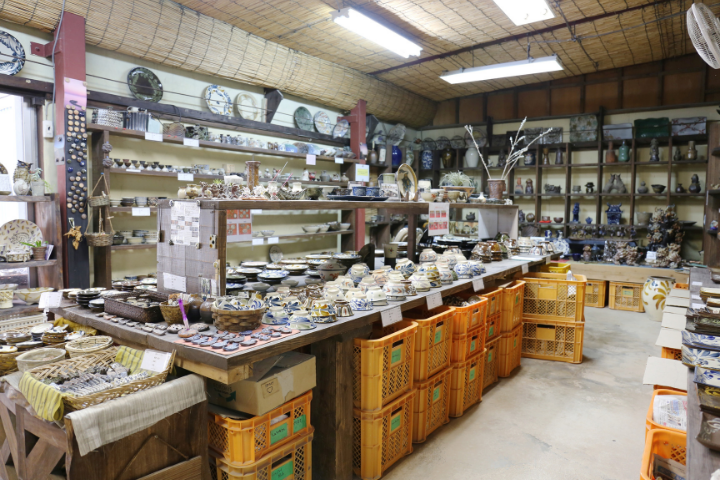 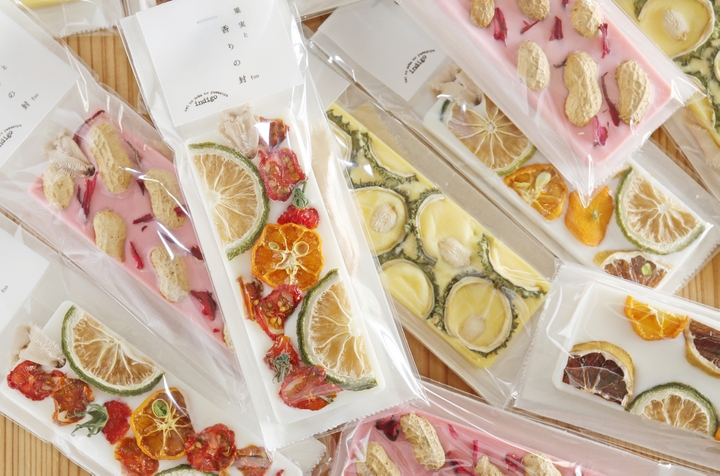 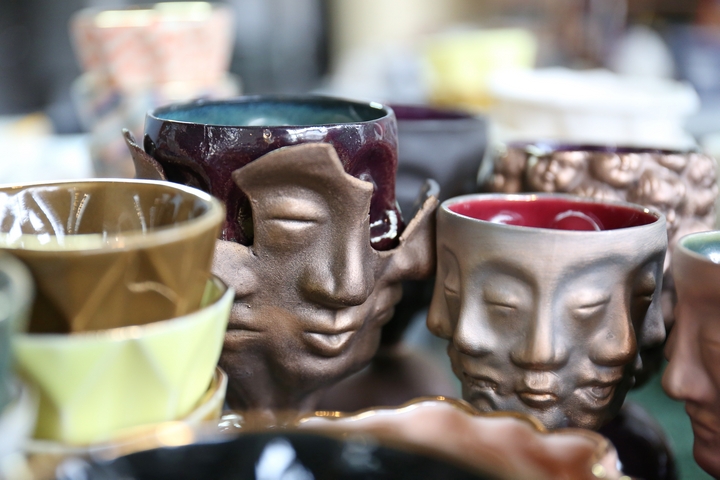 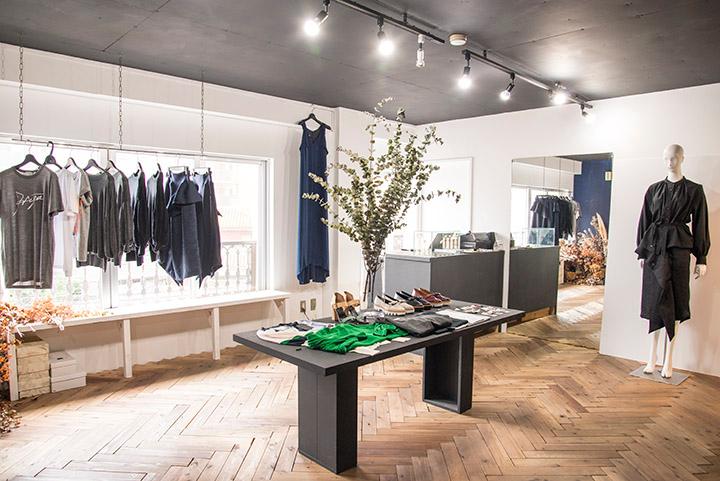 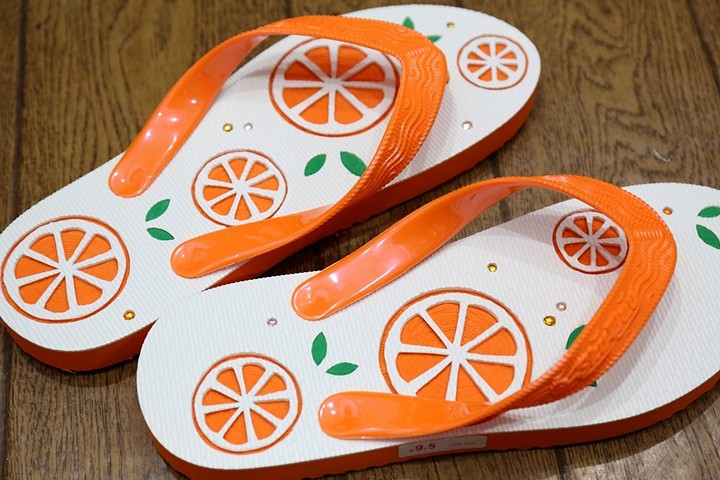 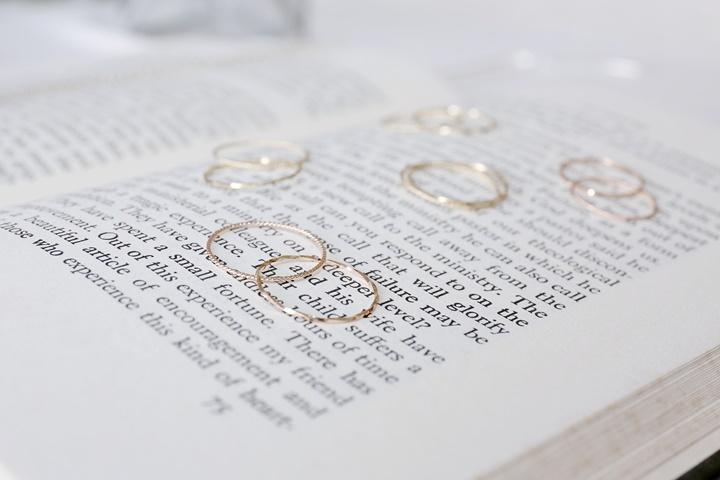 You’ll Want to Wear Them Every Day♪ The Lovely Jewelry Discovered at [réunir] in Naha, Okinawa