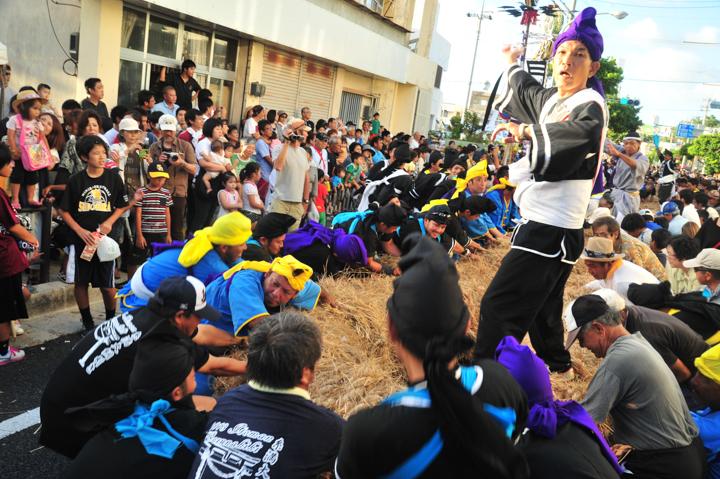 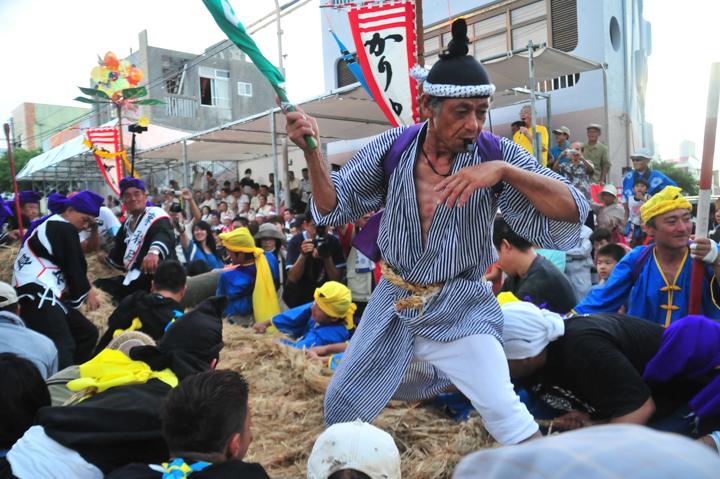 Besides the dates, another difference is that each tug of war is written differently in Japanese characters (but shares the same meaning). The more visible difference among the three is the size and weight of the giant ropes. 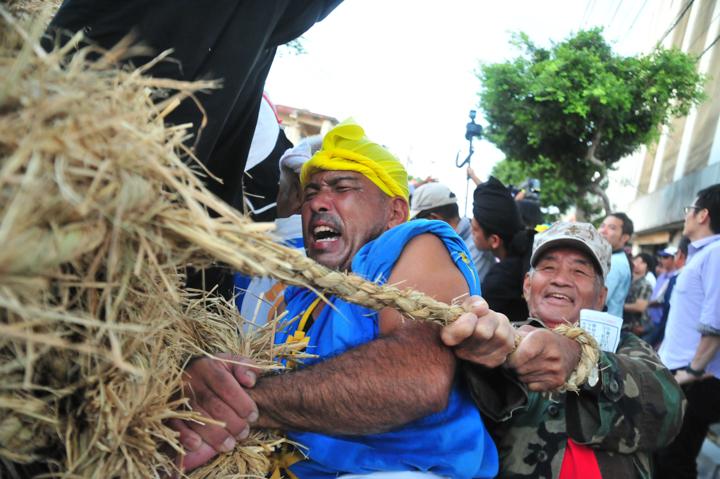 In Yonabaru, the rope extends to a total of 90 meters and weighs 5 tons. Itoman has a rope that is 180 meters and weighs 10 tons, and Naha’s rope is 200 meters and weighs in at 40 tons. All of these ropes are huge and incredibly heavy, and so they need a great number of people to lift and pull them to move just an inch. It’s said that tug of war events in Okinawa started around 1450 when heavy machinery were not around. The local people must have put so much effort and worked together to make and move these ropes. 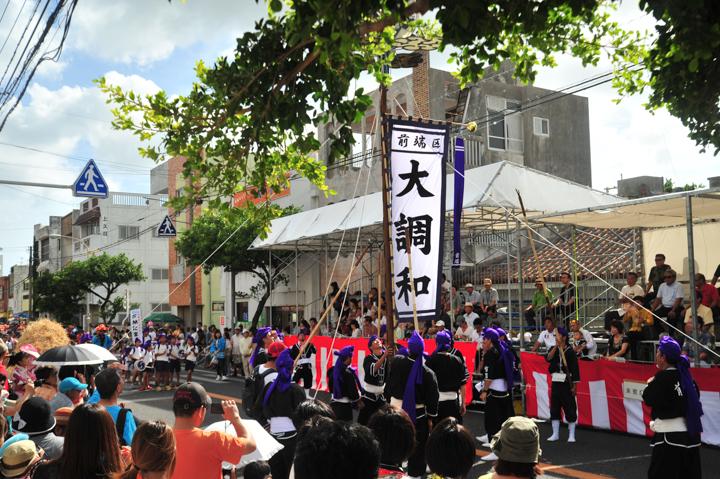 Perhaps the people back then saw the tug of war events as a way to experience the importance of “putting efforts together to do the impossible” and “to be united in their efforts”. 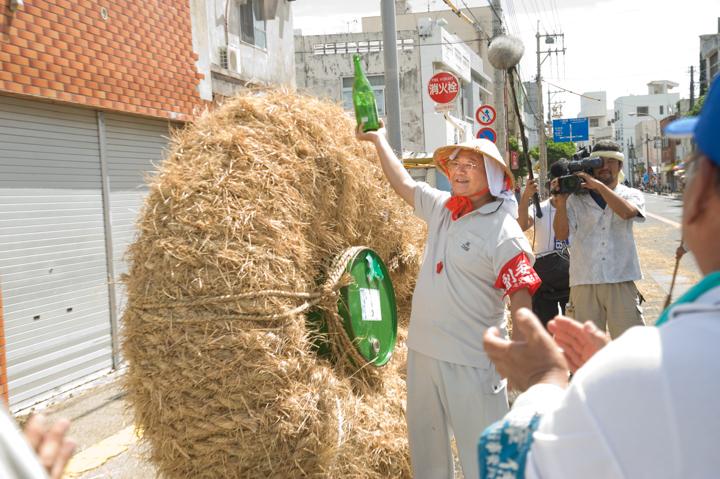 In Okinawa, there is a phrase, “Yui Maru,” which expresses the traditional spirit of helping each other out and describes unified effort. Just as so with the ropes used for these great tug of war events, too. There are two ropes (a female and male) that connect to make one giant rope for the event, and this symbolizes putting one’s efforts and strengths with others for something even bigger. This isn’t just for the one day of the event, but begins from the preparation stages. 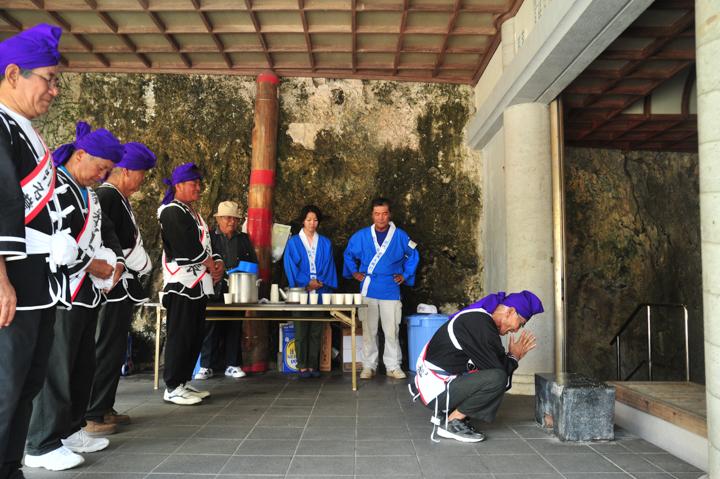 These great tug of war events are very different from the more commonly seen tug of war programs in school or community sports days and other such events. They are not just for competition, but are actually spiritual festivals. The Great Tug of War in Itoman starts with representatives of the executive committee paying respects and offering prayers at the Hakugindo, a spiritual location in Itoman and where its people have revered since ancient times. 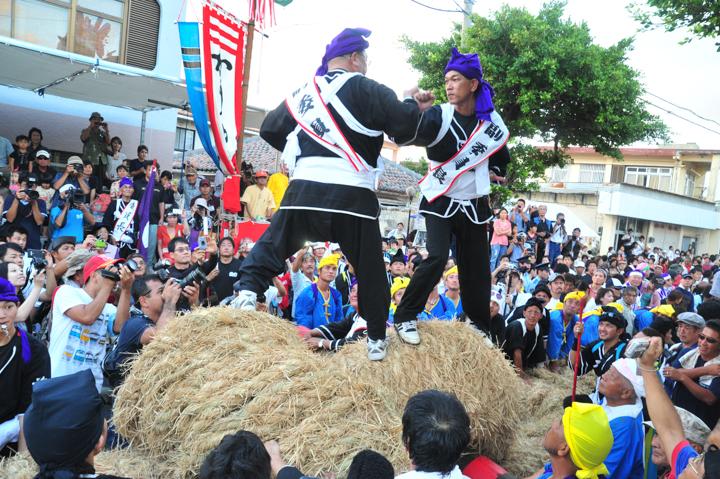 Which side of the rope wins the tug of war may be important in telling the fortunes of rich harvests, but perhaps what may be more important is that everyone comes together to put their efforts to accomplish the one and same goal. 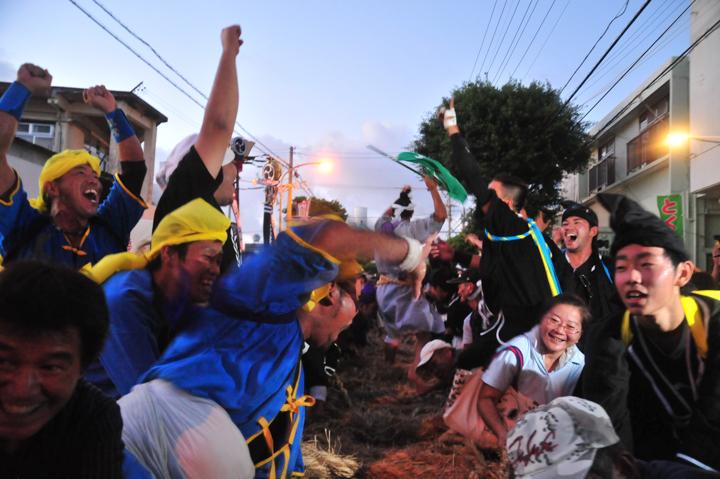 What’s also noteworthy is that this united effort is inclusive. The event in Itoman is put together not just with the local residents nor just among a particular group of people, but anyone can participate in this great event. 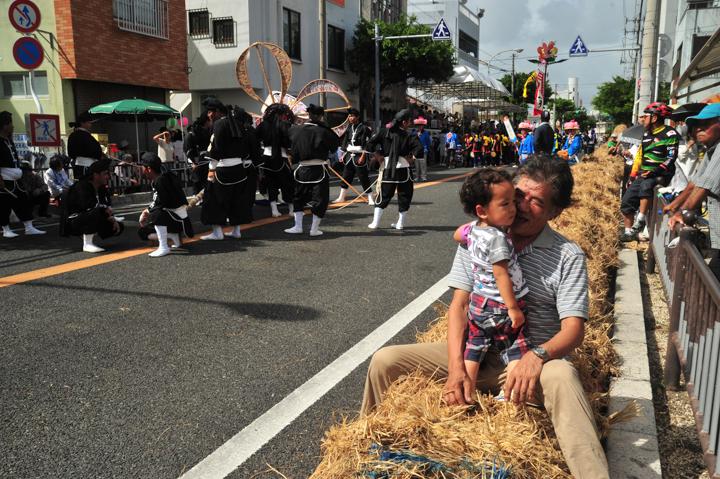 The Itoman Great Tug of War took place on September 24 (in 2018), and for the year 2019, it will fall on September 13. If you get a chance, join the local crowds, tug on the giant rope, and experience this wonderful and ancient tradition.

Event Date: August 15 on the Lunar Calendar (September 13 in 2019)
Time: 8:30 to 18:00
Location: From front of Hakugindo to the vicinity of Itoman Rotary, on Route 331
(Michijune procession starts from Itoman Elementary School)
Admission: Free
Access: Approximately 20-30 minutes from Naha Airport 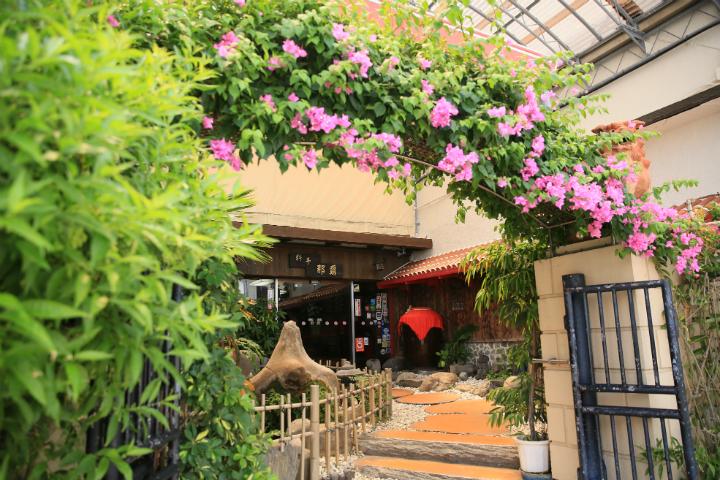 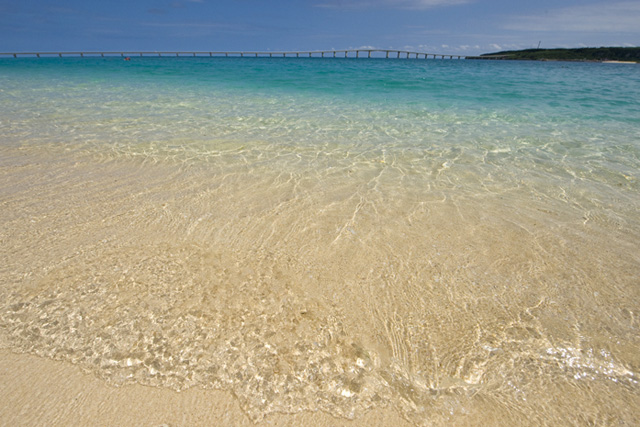