Yae-dake Peak is located in the northern part of Okinawa.  Okinawa exudes an image of enjoying an everlasting summer, but here Yae-dake is more than 450 m above sea level.  Thanks to abundant nature and cool climate, it has lots of the blessings of the forest.

After a pretty welcome by Ryukyu bara ichigo (Rubus croceacanthus), we saw wheat fields spread all over. 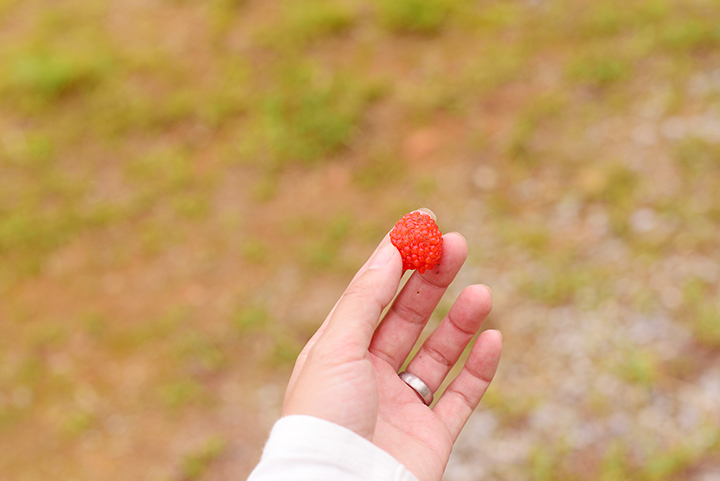 Shortly after moving to Okinawa, we knew that wheat is cultivated in Okinawa.  We had never heard of Okinawa as one of the wheat producers, so we were surprised to know that.

Ie Island started an economic stimulus for the island through wheat as a regrowth project for Okinawa indigenous wheat called “Ejima Jinriki.”  Following that, we heard that farmers also in Onna Village and Uruma City had started wheat cultivation.

While searching for information on wheat in Okinawa, we had a chance to find a bakery on the peak and know their wonderful efforts.

Today we would like to share with you a story of a wheat project started in 2010 at Yae-dake.

“Yaedake Bakery” is a long-established bakery, which was opened at Yae-dake in 1977. 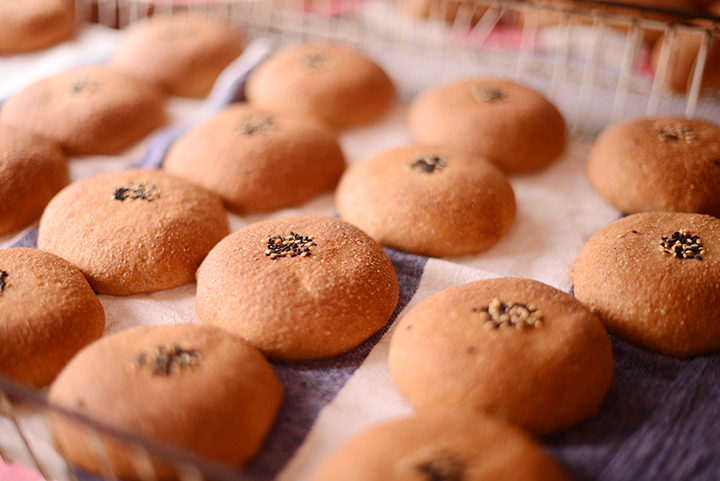 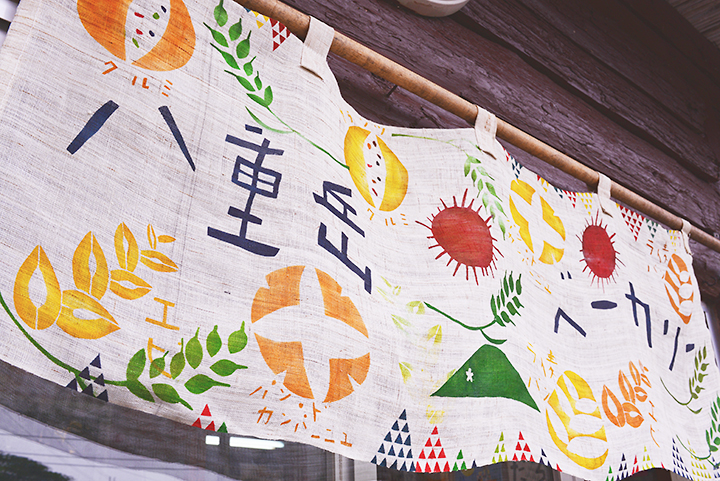 Because of the idea of “一物全体(ichibutsu zentai) or Whole Foods (the whole food has a well-balanced nutrition.), they use not the refined grain but the whole grain (including bran and germ) to bake bread in Yaedake Bakery.

It has been said that the phrase of "地産地消 (chisan chisho) or Locally Grown, Locally Eaten” came from the thought that eating locally-grown foods brings you the result of the idea of “医食同源 (ishoku dougen) (a balanced diet leads to a healty body).”

Hoping that everybody can have a healthy mind and body, they use the whole grain and bake bread carefully.  It is called “Kuro Pan (literally means Black-colored Bread),”which is nutritious and has a rich flavor. 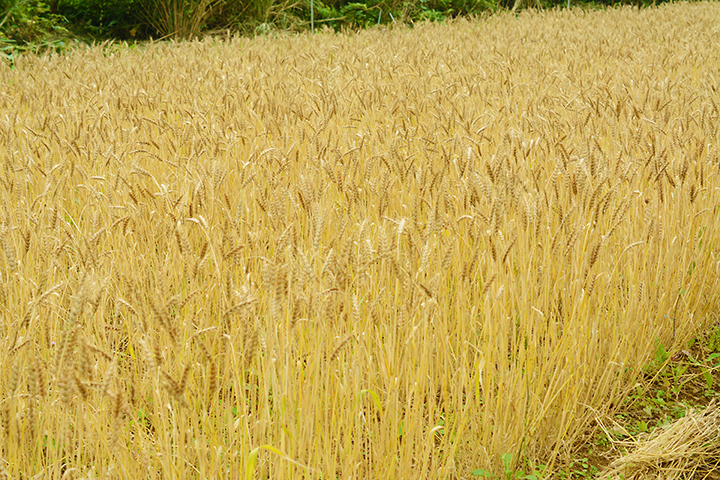 The owner, Obara-san found a golden-colored wheat field while traveling. He had wanted to see this beautiful landscape in his home, Yae-dake, which triggered him to start a wheat cultivation project through trial and error. 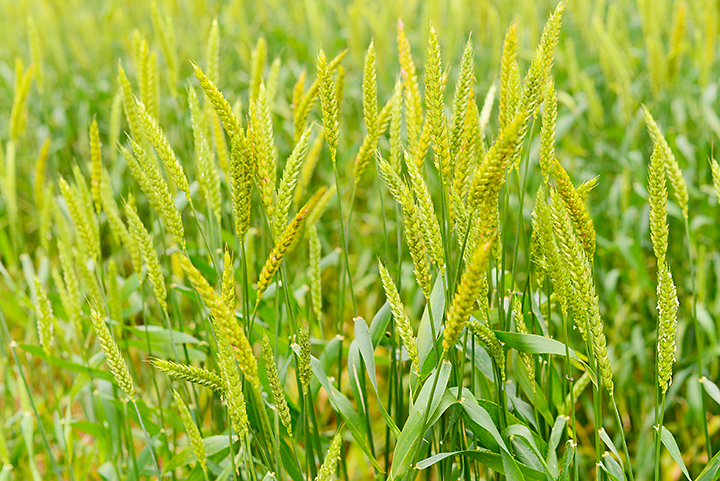 In the middle of March every year, it stems beautiful green, and from the end of April to May, wheat fields turn to gold gradually. 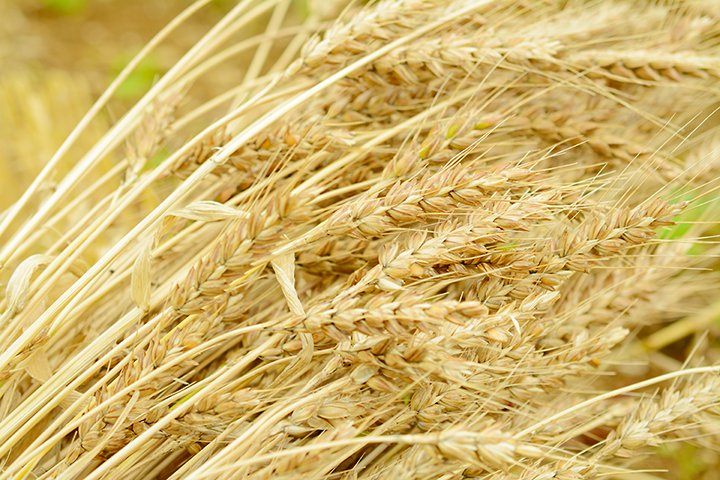 Each wheat shows different expressions.
A slender one looking prim, a chubby one looking pretty,…their appearances make us wonder if each grain has a soul.

“Everyone looks very cute with their different looks, doesn’t it?”

said his wife, Yuko-san, smiling and looking gently at the wheat.

“The wheat fields has developed as large as about 6612㎡. A large amount of wheat has grown fine, but after harvesting and milling it, what we get is just a small amount of it. We cannot make bread with the small quantity of harvested wheat. But still I believe it is important to carry out the process by ourselves from cultivation, grain threshing, making wheat flour,”

said Yuko-san.  Looking again at wheat fields spread behind her, we fully realized farmers’ tremendous efforts and passion for their wheat. 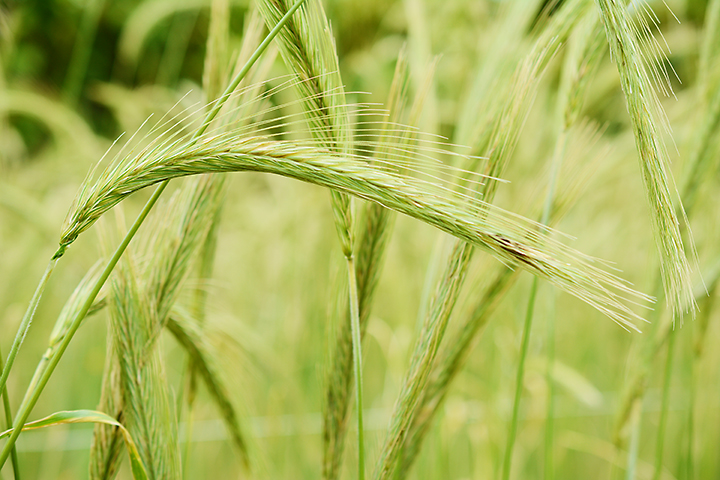 Everybody is harvesting manually, carefully the wheat grown with abundant nature at Yae-dake, the power of wheat, and love of farmers. 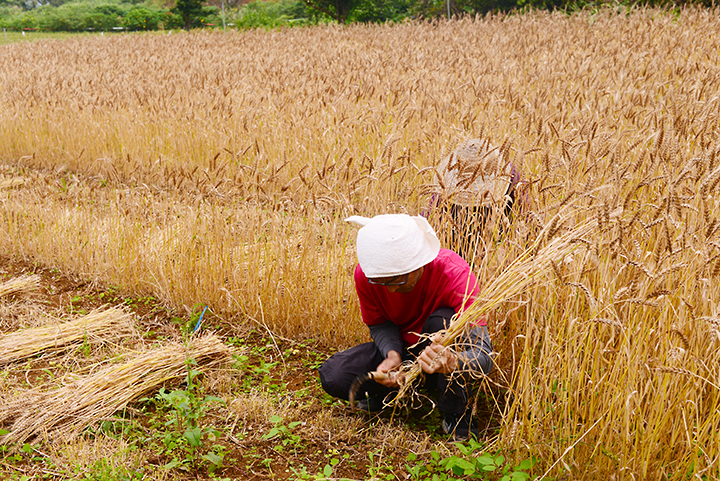 The harvested wheat is carried to the work floor and to be threshed deftly.
Their work is performed in total synchronization silently. 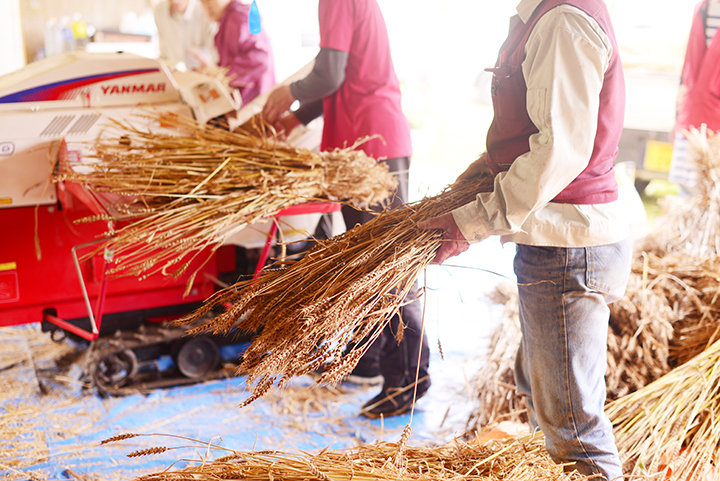 After they thresh wheat, the by-products; bran and germ are milled separately.  After 4 years of the start of the wheat project, at last, they could make bread by their cultivated wheat and deliver to stores.  They use natural yeast made by shikuwasa (Citrus depressa Hayata) grown at Yae-dake. 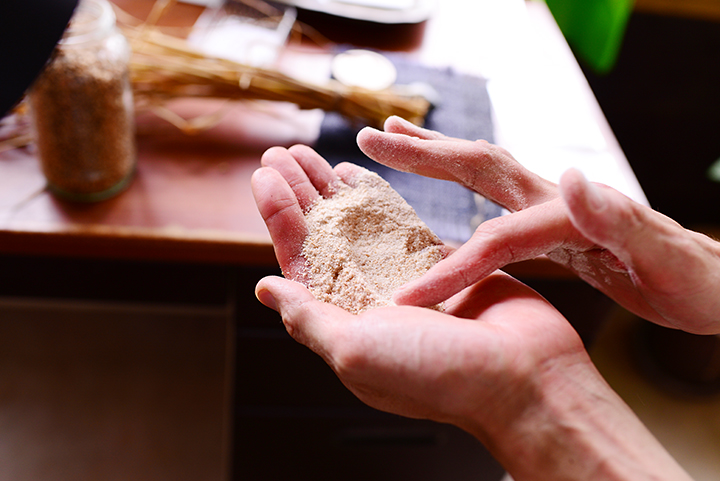 How are the wheat grown with lots of love to be made into breadWait to the next story! 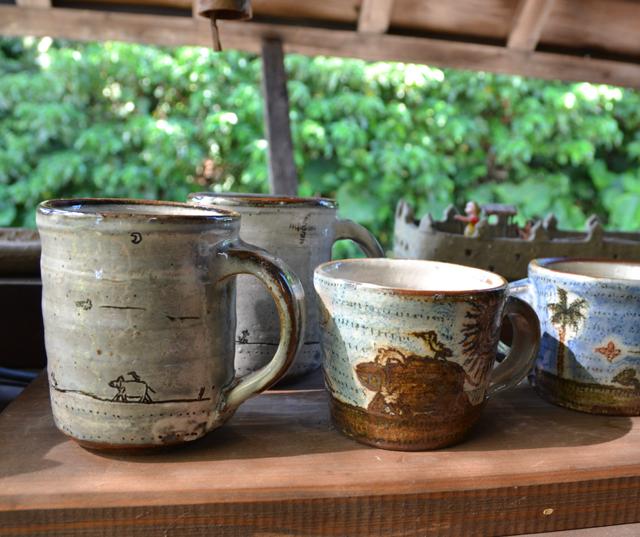 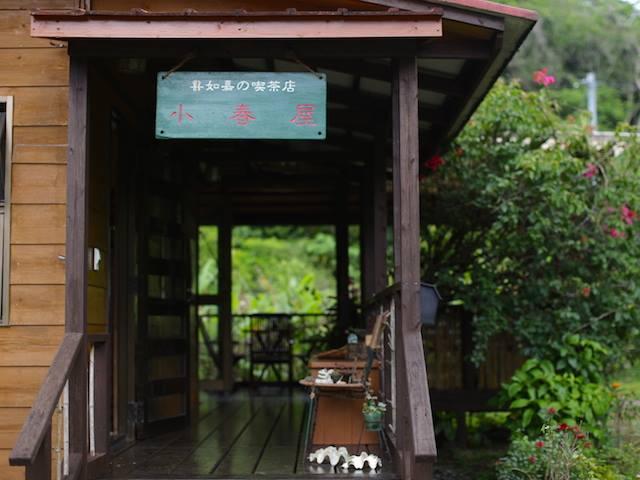 Sunshine Filtering through Trees in the Great Nature Giving You a Serene Time for Relaxing at “Koharuya,” A café in Yanbaru 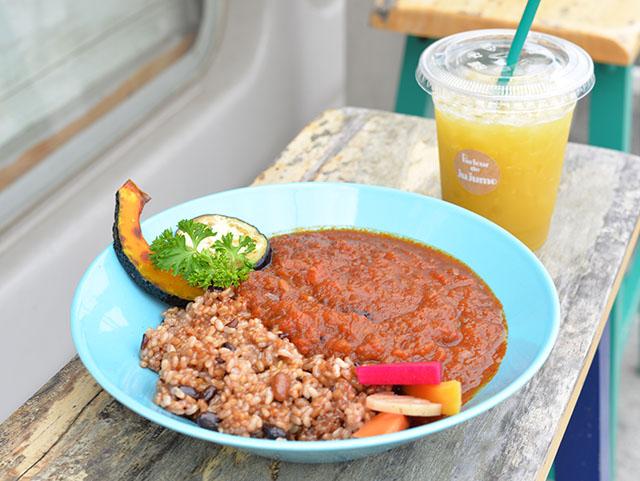 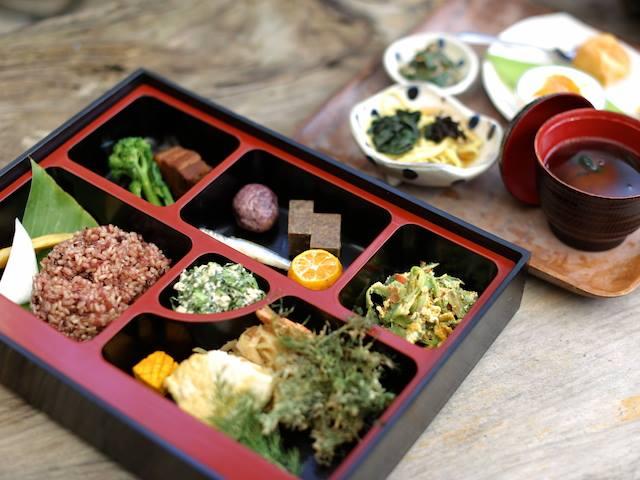 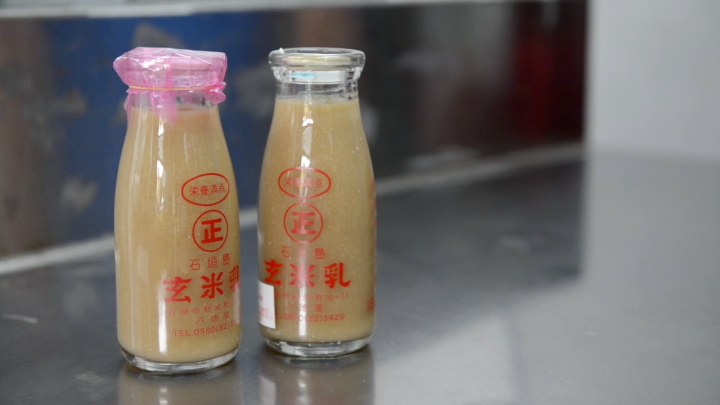