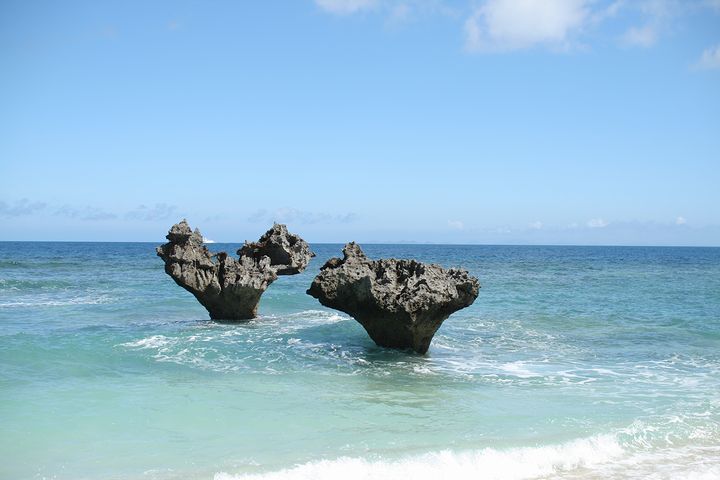 Ryukyu Shintoism is a polytheistic religion, or belief in many gods, and has been passed down the generations of the local Okinawan people since ancient times. Throughout Okinawa, you’ll find numerous sacred sites where the locals gather to worship and these sites are believed by many to be “power spots.” Why don’t you venture out to these sites and feel the spiritual energy in the lush nature of the islands and recharge your mind and soul? In this article, we’ll be introducing some great power spots that are believed to fulfill specific prayers and wishes.

[Romance] Kouri Island: The name of the island is derived from “Kui-jima,” meaning “island of love.”


Kouri Island is home to the legendary tale of Okinawa’s version of Adam and Eve. Long ago, two children, a boy and a girl, descended from the heavens and they are said to be the ancestors of the Ryukyuan people. Kouri Island is a tiny island in Nakijin Village in the northern part of Okinawa Island, and with the completion of the Kouri Ohashi Bridge in 2005, the island has become easily accessible, taking only about 90 minutes by car from Naha Airport. In the legend, it is said that the two children from heaven lived in a cave that remains today along Chinugu Hama beach. 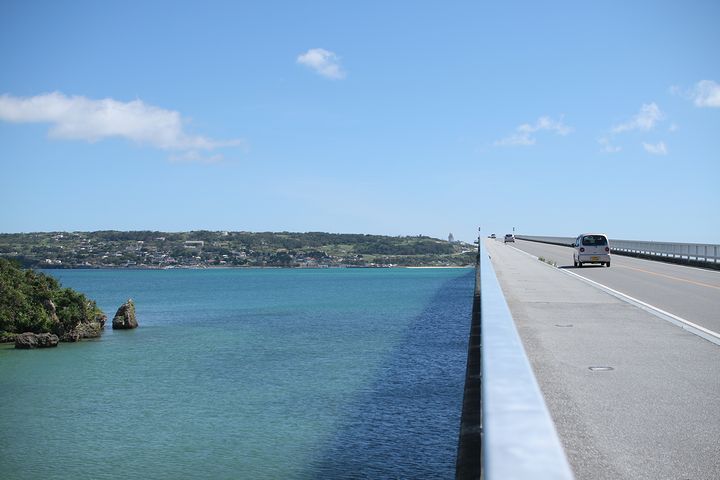 The heart-shaped rocks at Tiinu Hama beach on Kouri Island became famous when the spot was featured in a television commercial that was aired nationwide. When you look out to the water from a certain angle, the rocks are in the shape of a heart! Kouri Island is also known by some as Koi-no Shima or island of love, and many people flock here to wish for good fortune in love, and these rocks certainly look like they’d bring us luck in love. Nearby are other power spots like a sacred site that many believe will fulfill prayers for fertility. The area has gained much fame and popularity over the years and couples from all around Japan visit Kouri Island in hopes of having their wishes come true. 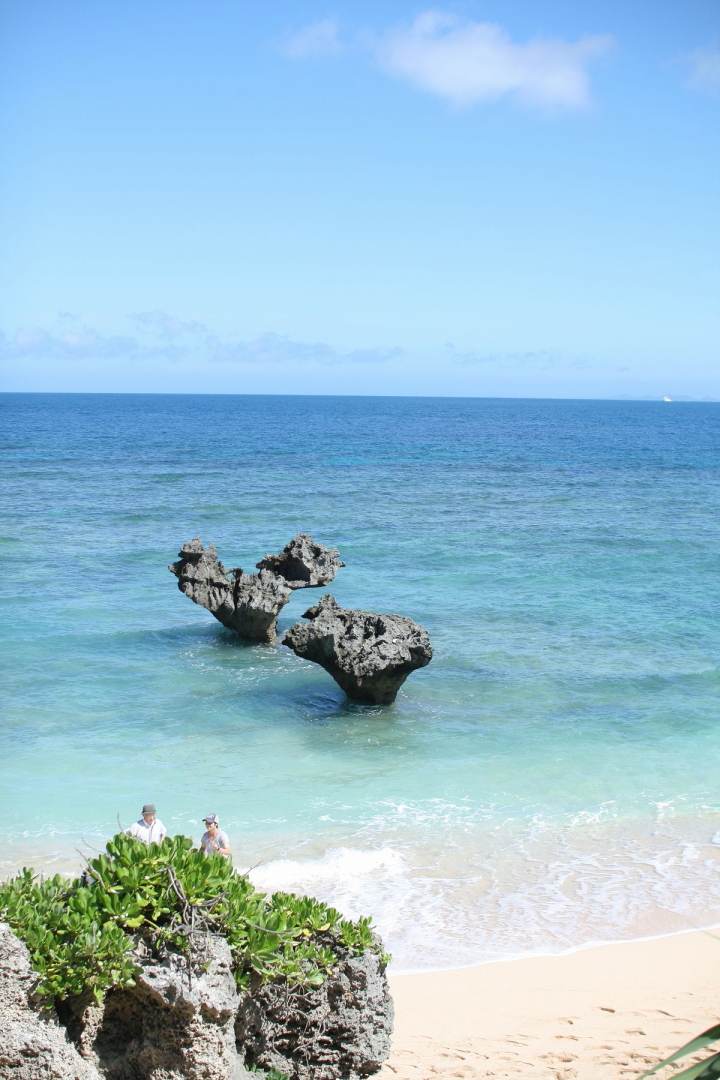 [Wish Fulfillment] The Great Akagi Tree in Shuri: Said to fulfill one wish a year.

There’s a power spot next to Shurijo Castle where, according to legend, a god descends from heaven on June 15th of the lunar calendar every year, and fulfills one wish for those who come to pray at the large Akagi trees that stand within the sacred site of Uchikanagusuku-taki. The six large Akagi trees are believed to be over 200 years old, and they are designated as natural monuments of Japan. There’s one particular tree that is larger than the others and has a natural cavity at its trunk. It is believed that the god descends to this natural shrine once a year. 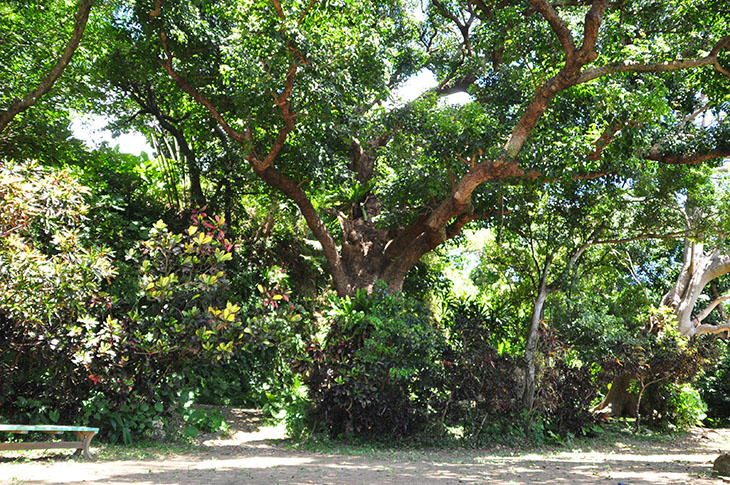 In another part of this area is a cave found by a cliff, and this is where the siblings in Okinawan folklore surrounding “Muchi” are said to have lived. In the lore, the younger sister uses Mochi rice cakes (or Muchi in Okinawan) to drive away her older brother who had turned into an ogre. The best way to reach Uchikanagusuku-taki, a sacred site with numerous legends surrounding it, is to go along the stone-paved road of Kinjo-cho Ishidatami Michi through the residential area where the path is easier to walk and directions are posted. 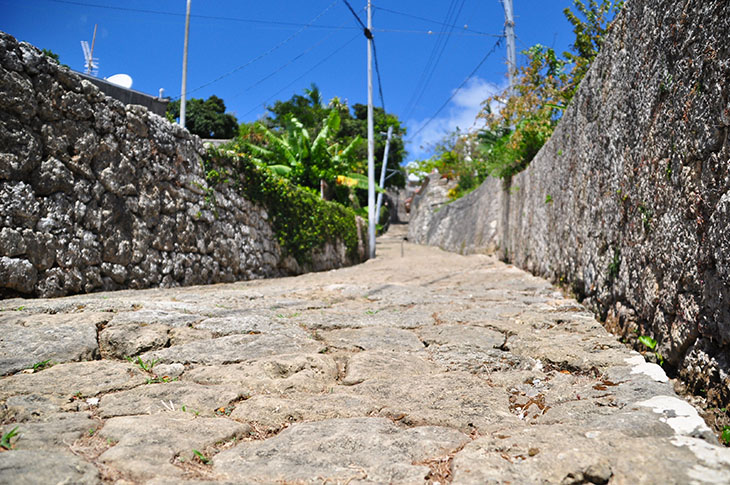 
The Nakabari Shonudo is a privately-owned limestone cave on Miyako Island. The cave has only become available to the public over ten years ago, and up until then, it was a power spot only known through word-of-mouth among the locals. After it went public and articles were written in various magazines and local papers, people have been flocking to the cave hoping to be blessed with its spiritual energy. The cave is estimated to be over 300 thousand years old, and inside you’ll find huge stalactites hanging down, Shisa-shaped stalagmites growing from the ground, and a large stalactite formation that many believe to resemble the Virgin Mary. There’s a power stone or power rock that is said to fulfill wishes for fertility and marriage when you touch it, and they have received reports from 60 couples on their marriage or the happy news of conceiving a baby after visiting the cave. 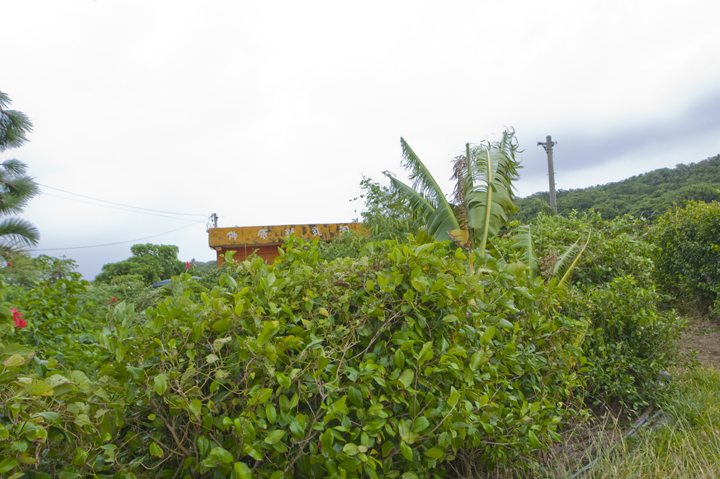 In the atrium of the doline or sinkhole is an open space where various events can be held. In fact, a couple who met through chance surrounding the Nakabari cave decided to hold their wedding reception here. When visiting the Nakabari limestone cave, keep your eyes peeled because there’s only just a small sign posted on the road. 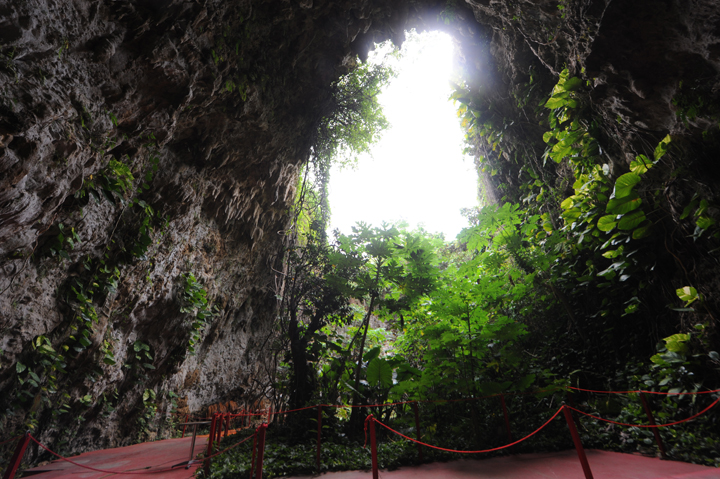 [Good Fortune] Shurijo Castle: The whole castle and its grounds are one big power spot.


Said to have been first constructed towards the end of the 14th century, the Shurijo Castle was designed by a feng shui master that served the royal Ryukyu government and is considered to be a very powerful energy spot. The altitude is higher to the east and descends toward the west based on an auspicious concept that is unique to the Ryukyuan style of feng shui, and is founded on a belief that this is “a land where the dragon comes and great energy is accumulated.” 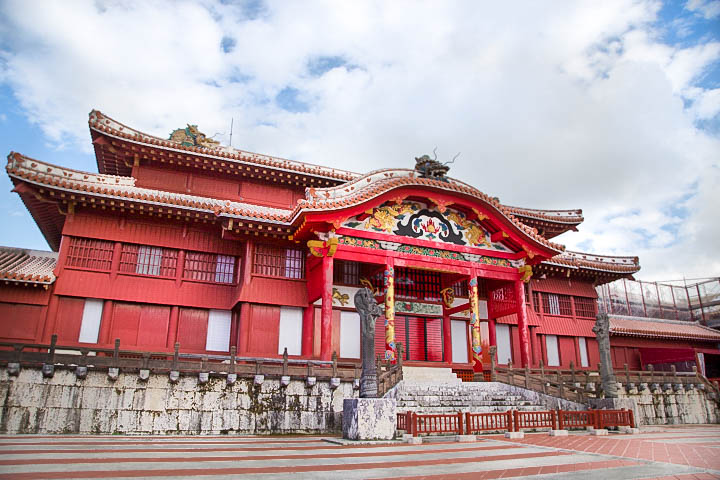 The spring found within the castle grounds called the Ryuhi, where its water was collected as drinking water for the royal family, is also believed to increase good fortune. Throughout the castle and its grounds, there are numerous spots where various architecture and sites are designed according to Ryukyuan feng shui. Power spots in Okinawa are most often found in nature, but Shurijo Castle is Okinawa’s most powerful man-made structure in terms of feng shui. 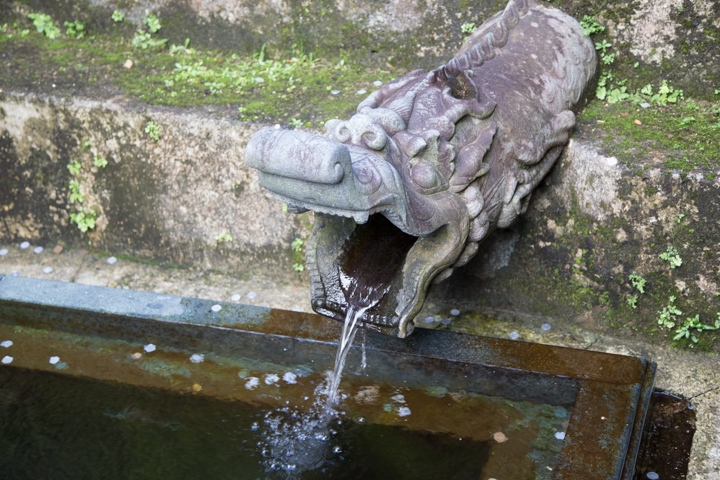 
We hope you enjoyed our introduction of power spots in Okinawa. Whether you believe in feng shui or power spots, when you visit some of the sacred sites surrounded by the rich nature of Okinawa, perhaps you’ll feel an extraordinary sense of energy or what is known in Japanese as Ki. Take a deep breath and release the tension in your body, and recharge your mind and soul. Take a side trip as you venture through the island and feel rejuvenated at these spots. We hope you’ll visit some of these sites. 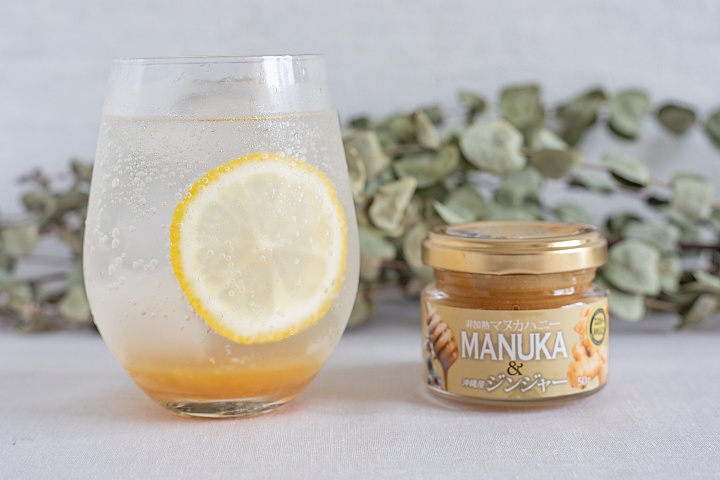 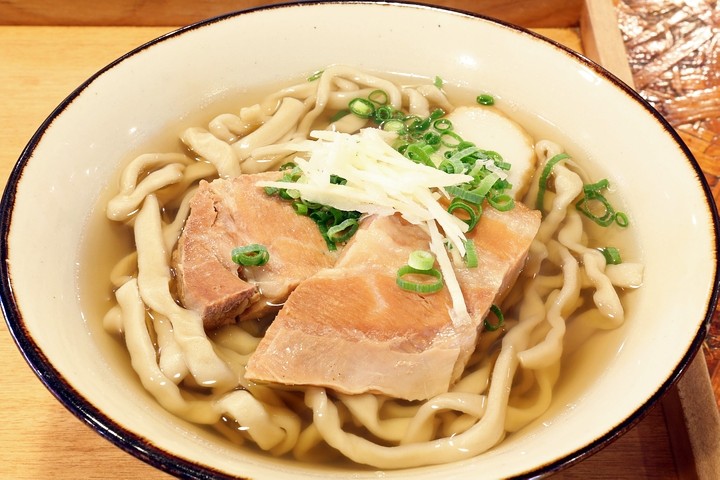 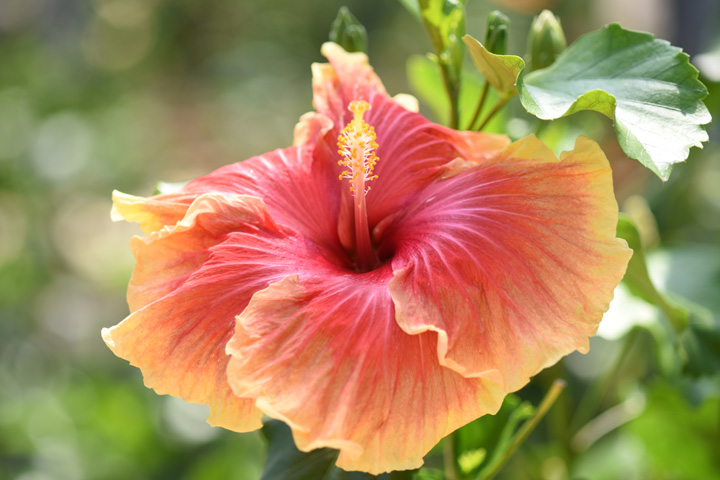 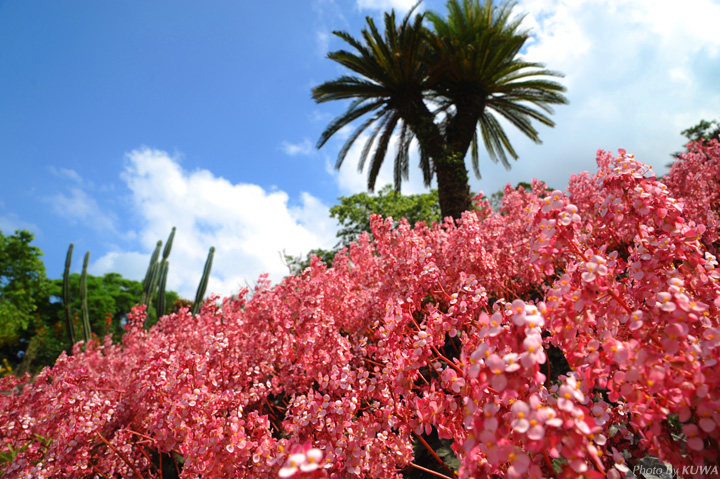 Enjoy the Beautiful Flowers of Tropical Okinawa! Our Recommended Spots 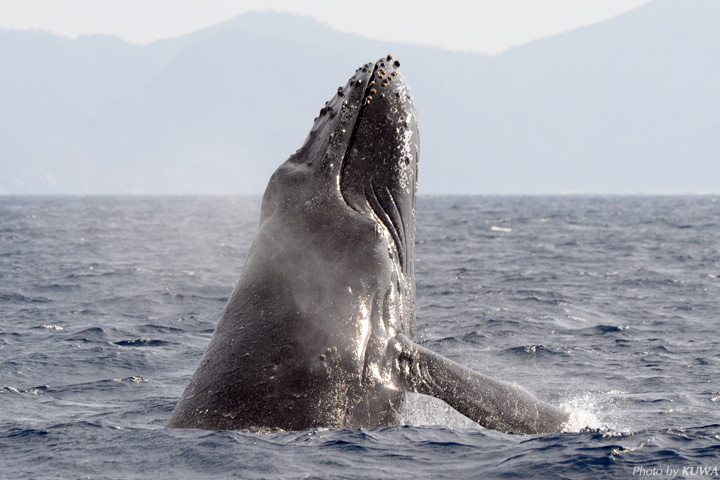 How to Enjoy Whale Watching: The 3 Points to Remember 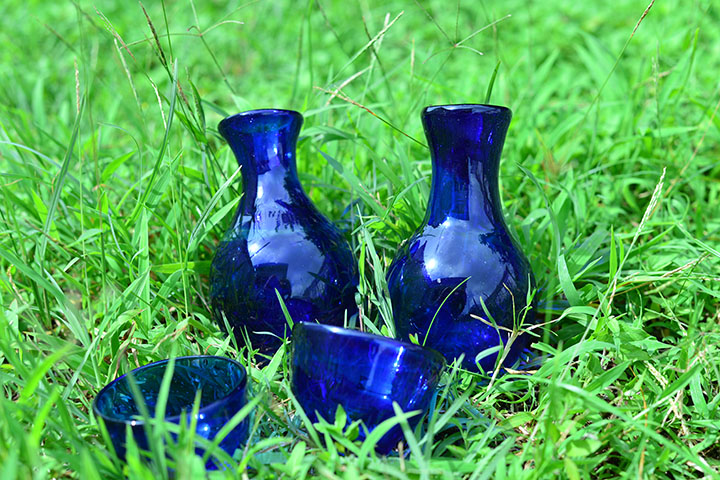 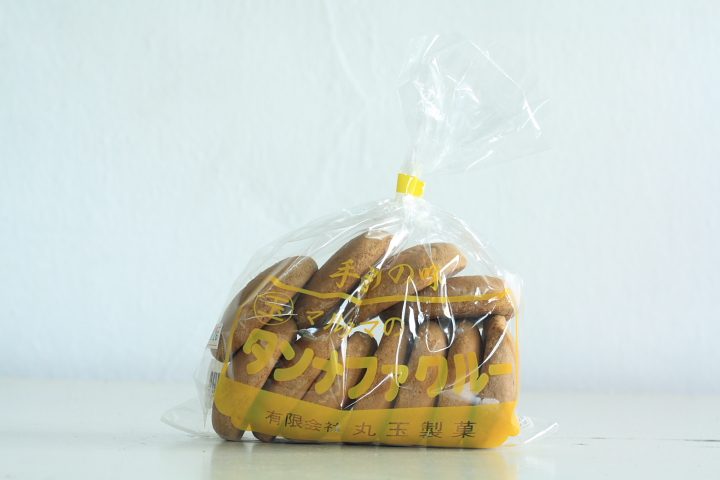 Delicious Okinawan Snacks Cherished by the Locals Across Generations