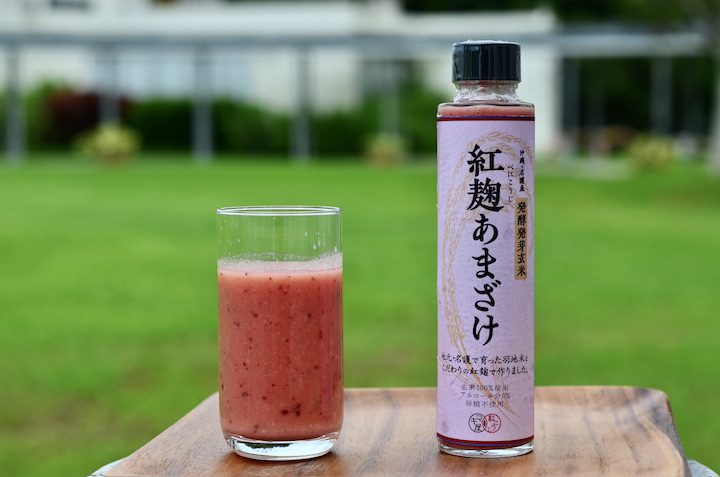 Have you heard of the healthy drink, “Beni Koji Amazake?” This drink was introduced from the food culture that was developed in Okinawa’s history, dating back to the period of the Ryukyu Kingdom. Many people refer to Amazake as a “drinkable IV” because of its high nutritional content, and by adding the powers of Beni Koji (malt), this beverage has amazing health benefits.

In this article, we’ll be introducing “Hakko Hatsuga Genmai (fermented and germinated brown rice), Beni Koji Amazake” which has a higher content of GABA, vitamins, and minerals than the conventional Beni Amazake, achieved through changing the raw ingredients to fermented brown rice. 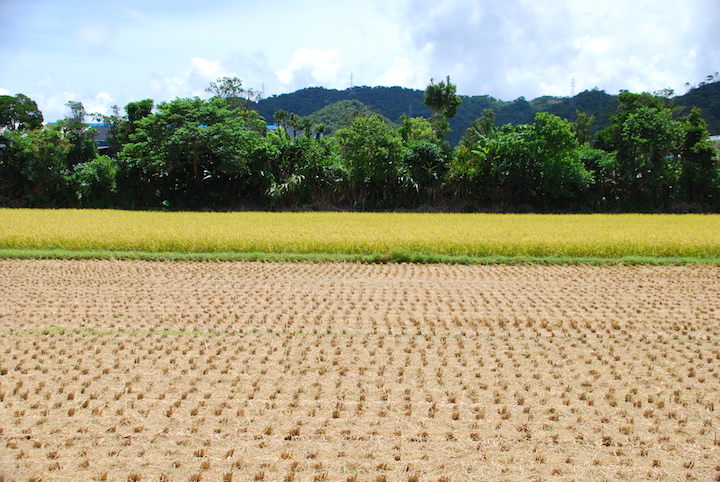 The ingredients for the Beni Koji Amazake are rice, Koji malt, and Shikwasa citrus. The rice used in the product is 100% local, using Haneji Rice which is produced in the northern regions of Okinawa Island, and a rare brand of rice that is often very difficult to procure for processing. The beverage not only uses a generous amount of this precious rice but is also particular about “two zeroes.” It is made with zero sugars and zero alcohol. 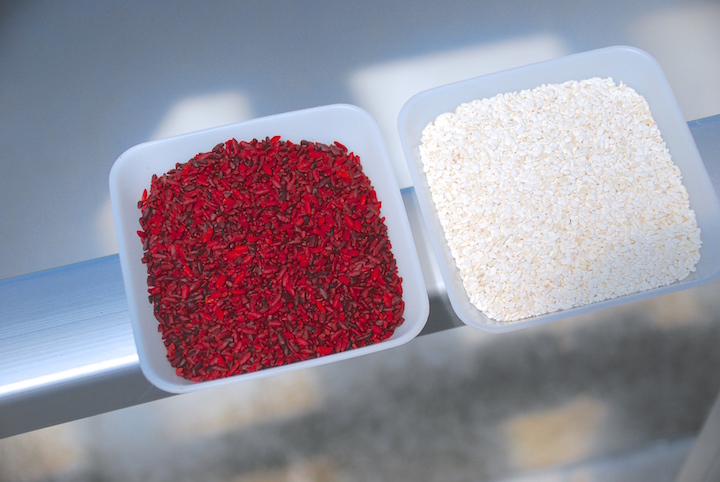 Amazake made by fermenting rice with Koji malt is known for its high content of various amino acids and glucose, but this “Hakko Hatsuga Genmai Beni Koji Amazake” uses Beni Koji malt, which contains statins. Statins were discovered around the 1980s and work to lower levels of cholesterol. It is also garnering attention for its effects in the prevention and treatment of coronary artery disease and strokes. Statins are known the world over and researchers who have contributed to the clinical application of statins have even been selected as Nobel Prize candidates. 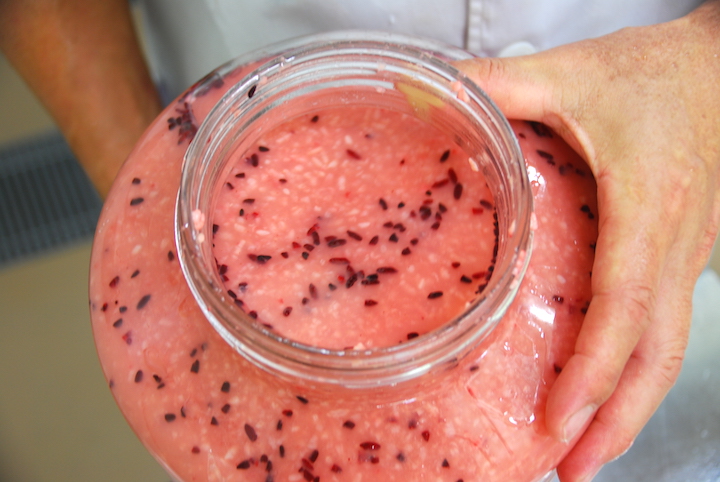 If you’re a fan of Okinawa and its culture, you may have already guessed this about the Beni Koji. The Tofuyo, or the fermented tofu, that is almost always served at high-end Ryukyuan court cuisine restaurants or offered as very classy souvenirs or gifts, is also fermented with Beni Koji. The Tofuyo itself, however, originated in China.

In China, it was a type of food made from fermented milk. After adding bacteria, the milk was pickled in saltwater. Its taste was very rich but salty, and the aroma was a little too distinctive and so in Okinawa, people decided to make it with Beni Koji malt and Awamori instead, and this is how the Ryukyuan Tofuyo came to be. Its’ mellow aroma and rich taste became very popular among the noble class in the Ryukyuan dynasty, and they were served in the courts when entertaining envoys from overseas. 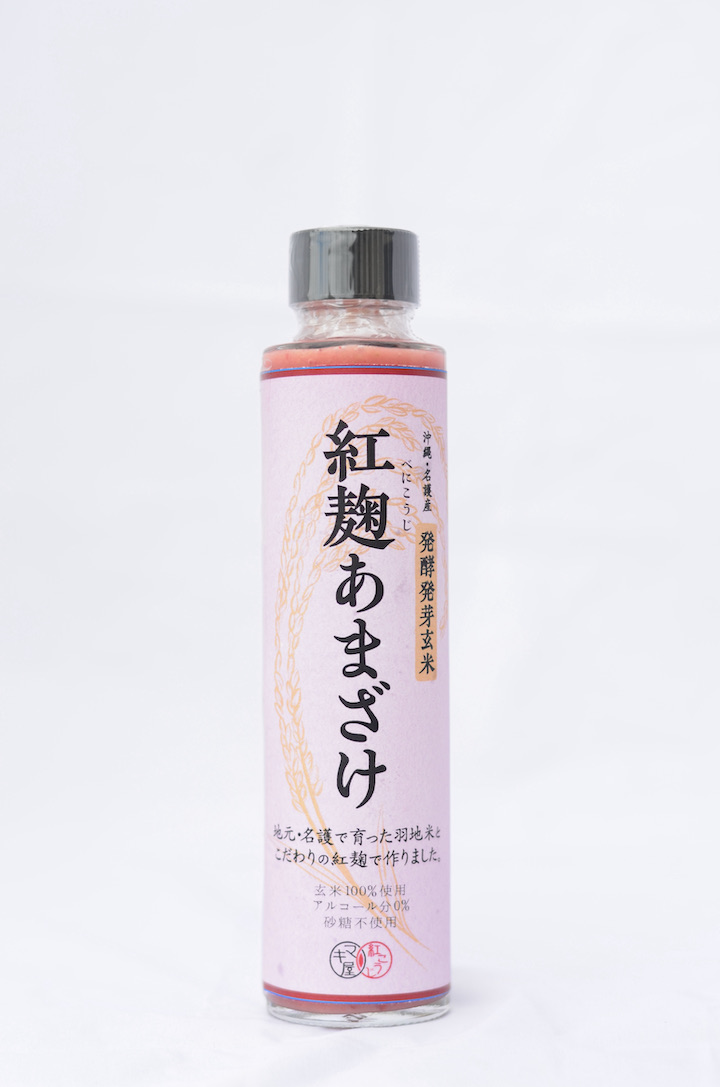 “Hakko Hatsuga Genmai Beni Koji Amazake” is a product developed with hopes to reintroduce the Tofuyo, a traditional dish that represents Okinawa and its food culture, into the modern lifestyle. This healthy beverage is a fusion of Chinese, Taiwanese, Southeast Asian food culture, produced right here in Okinawa by combining the food culture of Japan as well. We hope you’ll give it a try.

As mentioned, the “Hakko Hatsuga Genmai Beni Koji Amazake” has rich GABA content. GABA is a type of amino acid found in the brain and spinal cord and works as a neurotransmitter. GABA is said to have calming effects on overexcited nerves and to stabilize the mind. It also suppresses the secretion of noradrenaline, which is the cause of vasoconstriction, thus preventing blood vessels from constricting and blood pressure from rising. The drink also is rich in B vitamins, other amino acids, Koji acid, dietary fiber, and glucose, which are also contained in IV drips. 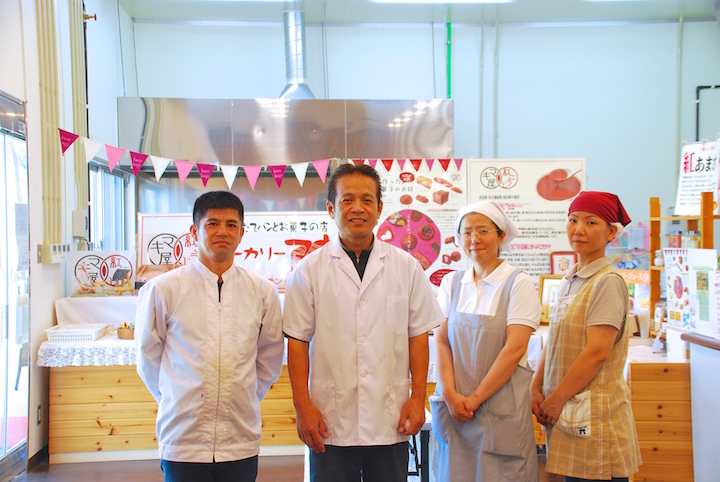 The “Hakko Hatsuga Genmai Beni Koji Amazake” is a great choice for all health-conscious people, but also as a perfect gift for parents and grandparents for their longevity, for someone after child-birth, or those recovering from an illness, too. 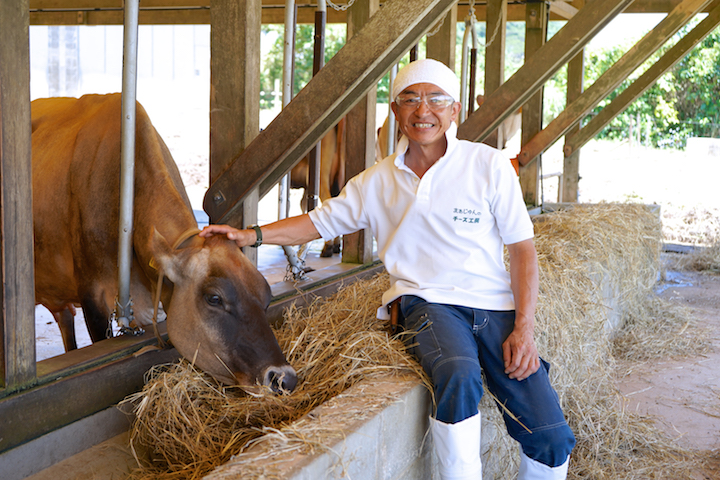 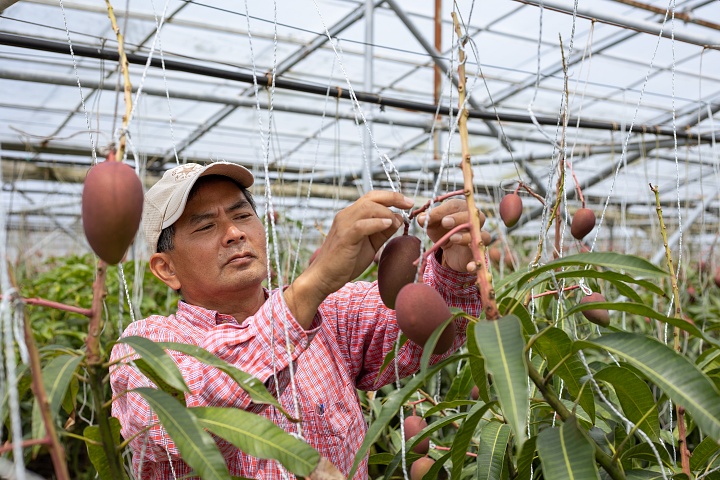 Over 15% in sugar content! Ogimi Village’s Himegimi Mangoes are grown with reduced pesticides 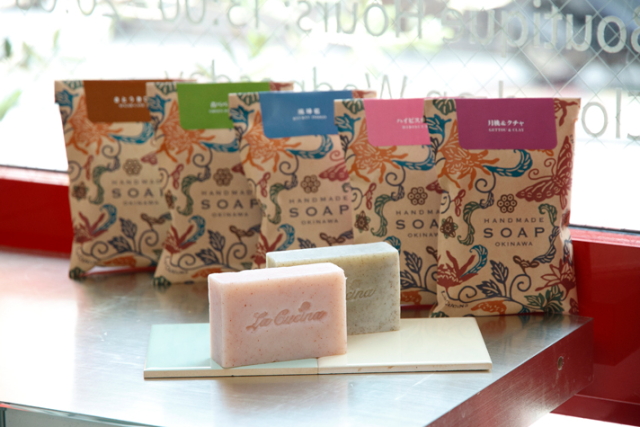