A mysterious door just happens to appear along the street in Nanjo City, Okinawa,
which looks like leading you to a different world. 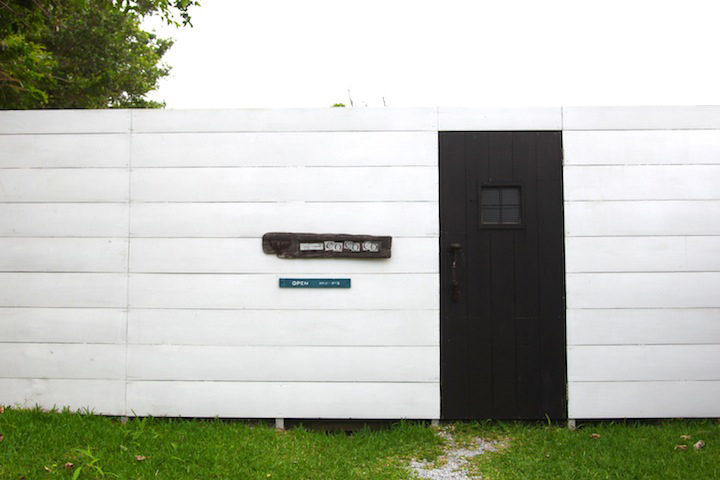 “As this is in the middle of the residential district, I want my visitors to have one partition between their ordinary life and my pottery world with this door.”

When you open the door, you will find an Okinawan artisan handmade sundry shop “COCOCO” and his workshop on the spacious premises covered with beautiful green grass. 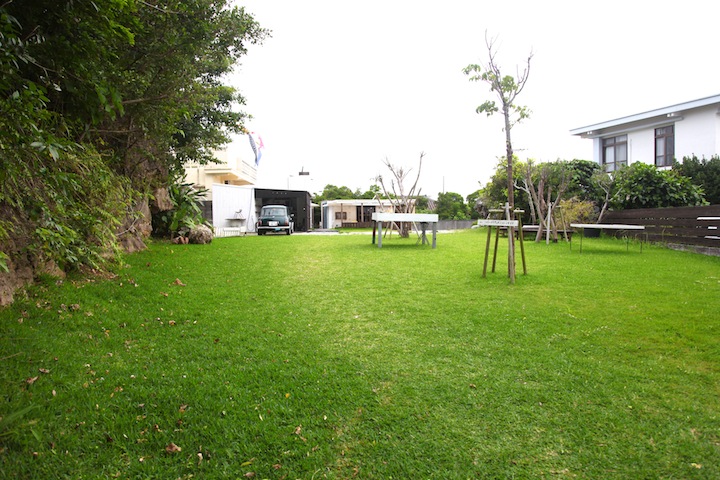 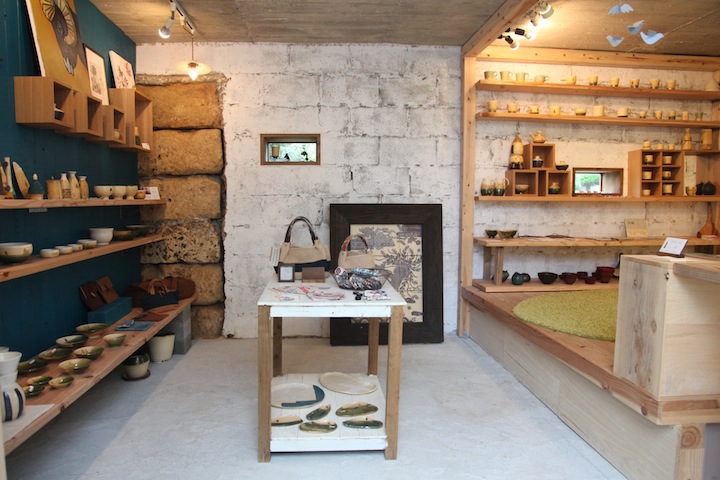 A bingata pottery I would like to introduce you today is created by a pottery artisan, Mr. Masashi Yokoi, the owner of this shop “COCOCO.”  It is a new style of pottery whose technique is combined with that of bingata dyeing, which is also an Okinawa traditional craft. 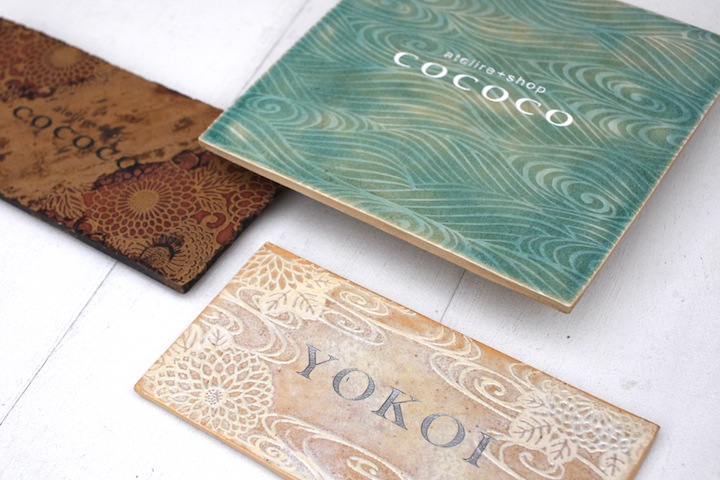 Not industrially printing a design on a pottery but using a bingata stencil designed in collaboration with a bingata artisan or his original stencil, he creates one by one with his own hands carefully.  He tries to use a traditional design mainly for everybody to notice “Oh, it is bingata” at first sight.

Finished potteries are beautiful for its perfect shade of color and texture.  While having a modern atmosphere, it is solid with a feel of Okinawa tradition.

Not only doorplates, but he produces framed interior accessories, chopstick holders, cutlery rests.  Upon customers’ request, he can make plates as well. 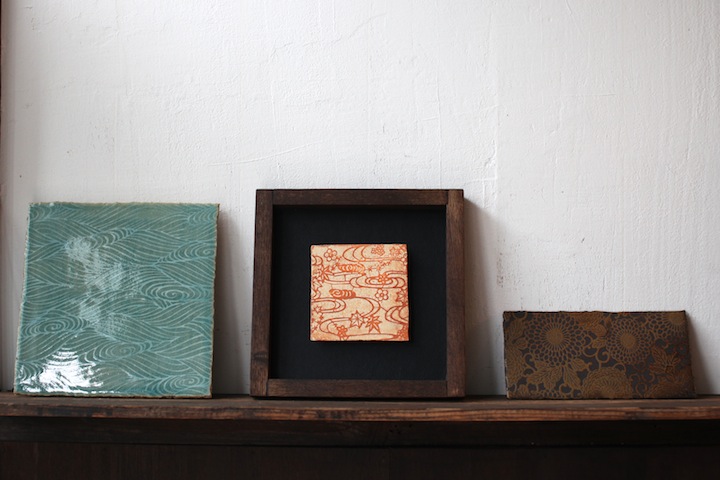 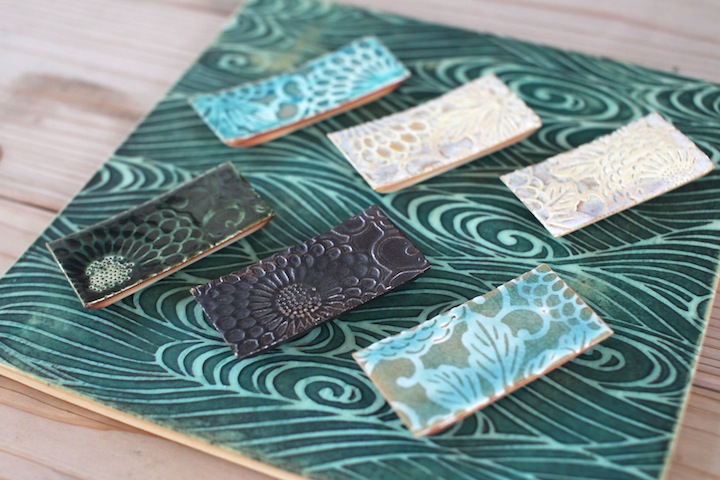 Mr. Yokoi, a pottery artisan, graduated from a university of arts in Tokyo and went into a design company.  He designed a car
navigation system, a touch panel, etc., but he felt something was wrong because he could not directly see how customers react to a design that he had been involved in.  Since then, he had been looking for a perfect job for himself. 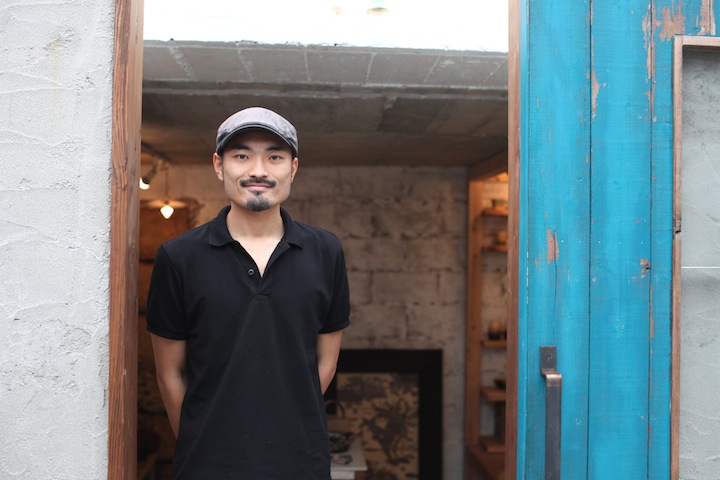 After that, he moved to Okinawa in 2004, when he met with pottery art and gained on-the-job training at a pottery artisan’s studio of tuboya-ware, a traditional art in Tsuboya.  Already at that time, he had an idea of a combined technique of bingata and pottery.

While working as a pottery artisan, he took a process of trial and error.  In 2008, he started his own studio and started the sale of bingata potteries at the opening of his shop.

Since he opened this shop to contact his customers directly, he responds to them very carefully about the details of an order such as a layout of letters shown on a doorplate.

He never mass-produces his products but treasures each process for his art.  That’s Mr. Yokoi’s style.

Why don’t you make a door plate, which is the face of your home or shop, or house interior accessory with an Okinawan-taste, modern, stylish pottery? 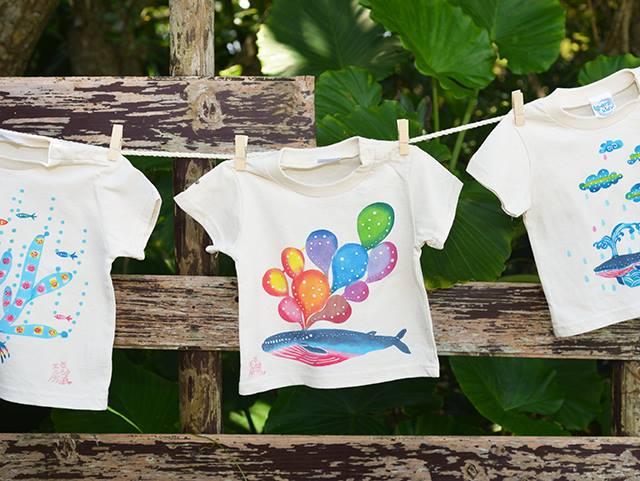 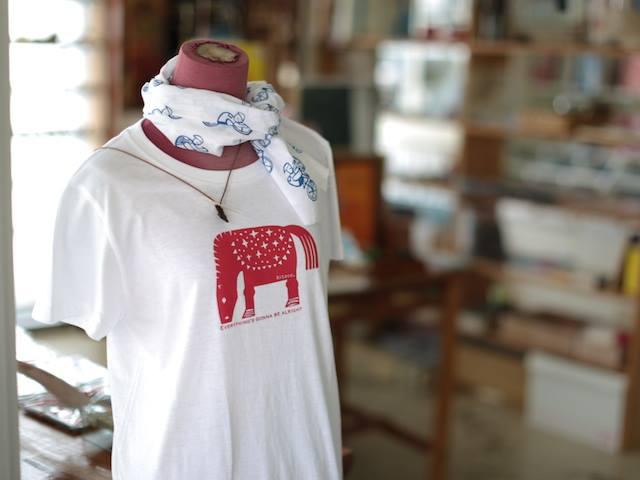 Full-fledged Store Supplying Unique Sundries and Works by Artists in Okinawa! Find Your “Only One” Souvenir at Select Stationery Shop “Waboku Kyori” 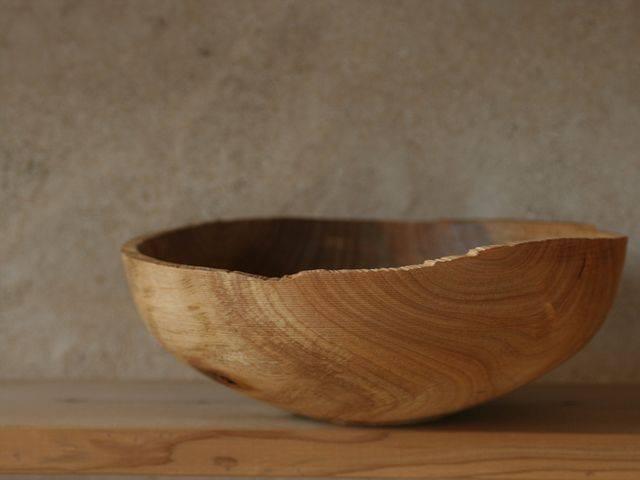 The More You Use, The More Gloss and Love You will Get Wooden Ware by Mr. Ken Fujimoto 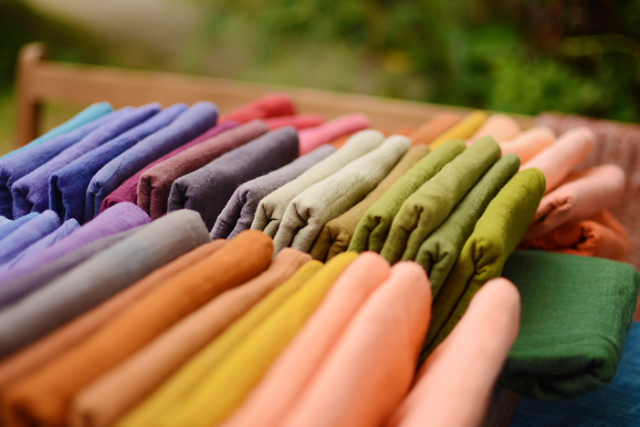 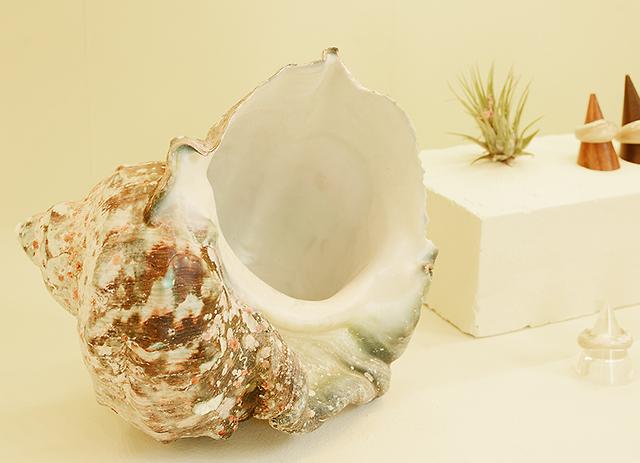