Gosamura’s Castle on a Slight Hill 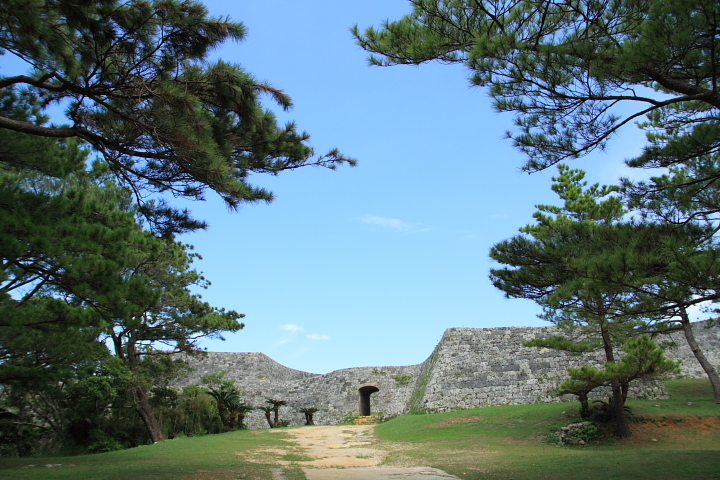 In the middle of Okinawa there is Zakimi, Yomitan-son which is a hill 120m in elevation. On that hill there is Zakimi Castle, surrounded with limestone stone rock. It was said to be built by the famous building family Gosamaru in the beginning of the 15th century. 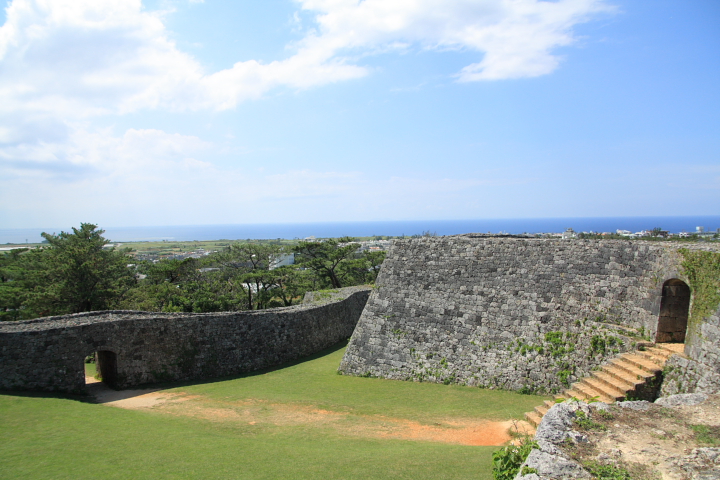 Gosamaru helped in Chuzan’s Sho Hashi capturing of Hokuzan Castle (now Nakijin Castle) and was a big contributor to the unification of Ryukyu. There are various theories, but when he was attacked for being thought to start an insurrection, he killed himself without fighting back so he is known for being an honorable warrior.

Gosaru took the crumbling stones from his old residence in Yamada Castle (Onna-son) and as a brick layer made strong, beautiful, curvy castle walls on the soft clay soil.

Gosaru was said to live there for 18 years. In World War II the Japanese Military used it as a fort and after the war the American military used it as a radar station but when Okinawa was returned to Japan, it was recognized as a national historical site. In 2000, along with sites like Shuri Castle, it was recognized as a UNESCO World Cultural Heritage Site. 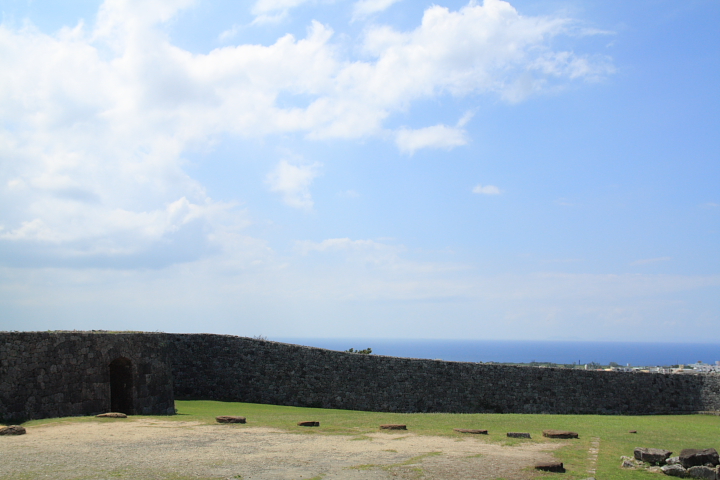 If you go up the castle walls, you can see the far away Cape Zanpa and on a clear day you can see the Kerama Islands. It is recommended to go when on an autumn day when the sun is not beaming down, and a cool breeze comes on through. 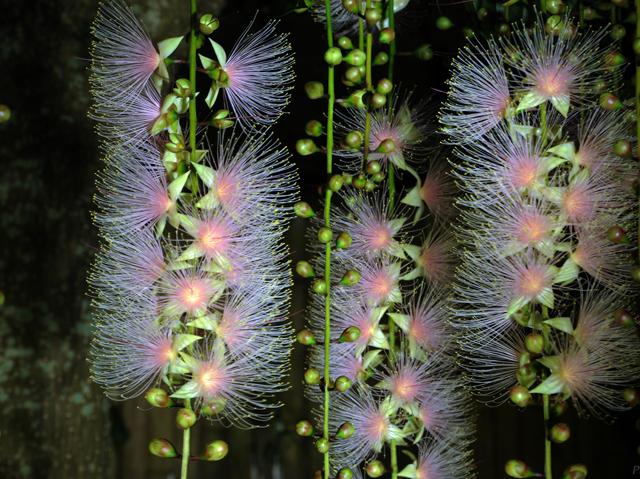 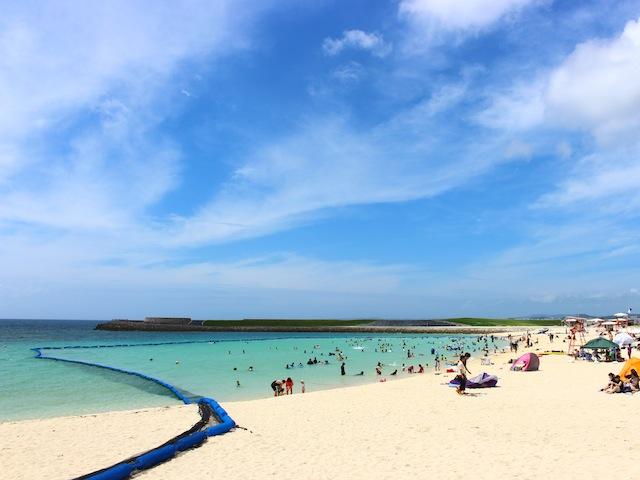 Safe Spacious Beach! Come with Your Family and Have a Very Good Fun! 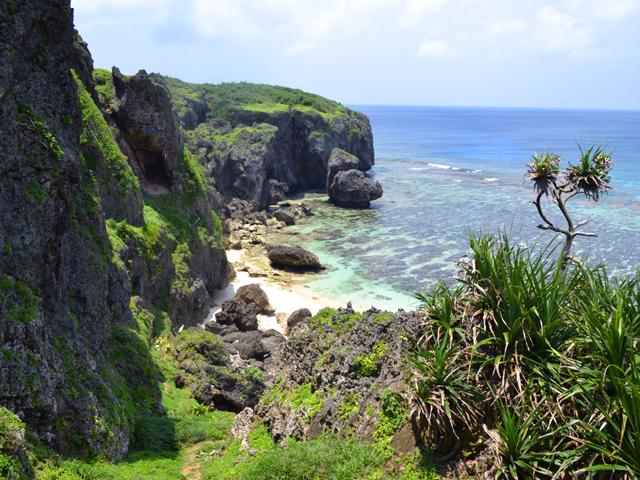 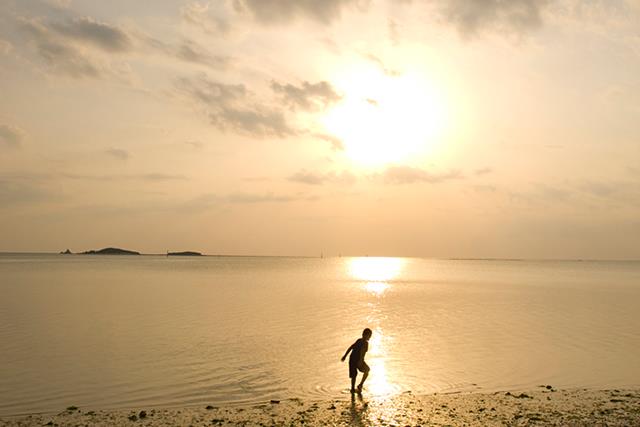 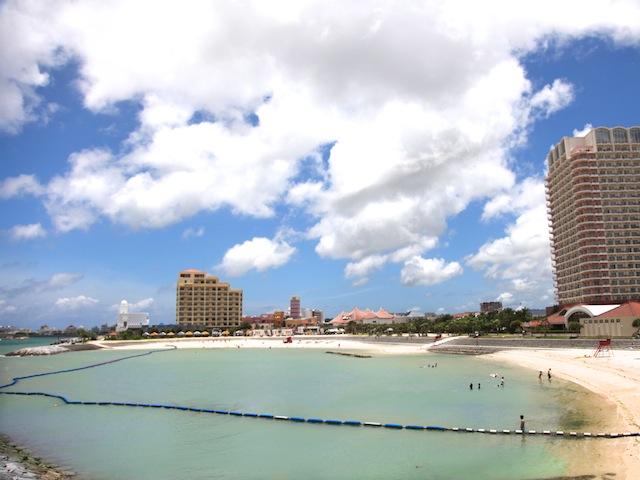