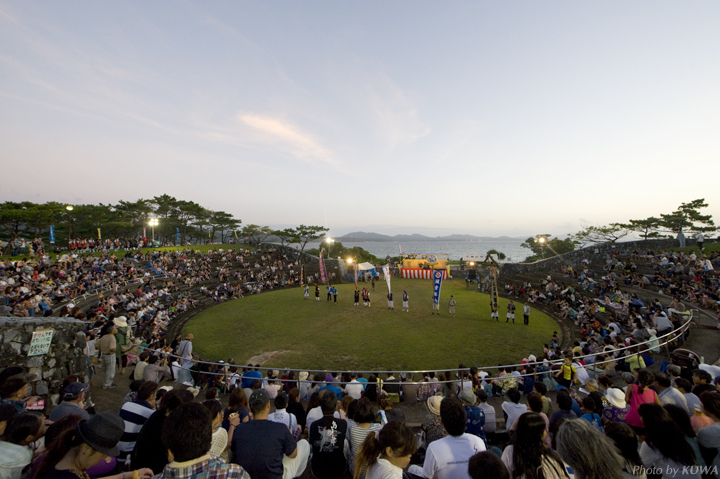 What is a representative Eisa festival in the northern part of Okinawa?  Of course, it is “Nago City Youth Eisa Festival.”

This year marked the 25th year of the festival and it was held at the outdoor stage of the 21st Century Forest Park in Nago City.  It is a bowl-shaped stadium, so spectators on any seat can see the performance clearly. 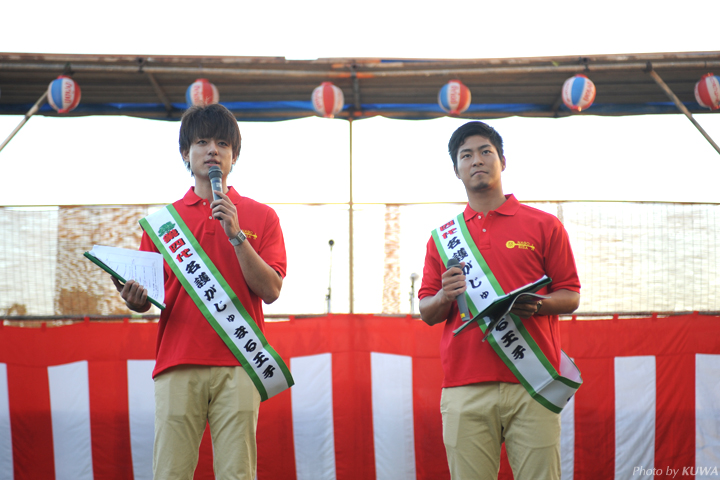 MCs are two ikemen (handsome men) PR ambassadors of Nago City, “Gajumaru Ouji (Prince Banyan Tree)”s!  They can be a feast to women’s eyes; however, on this day, niiseetaa (young people) of each youth eisa group were far more cool! 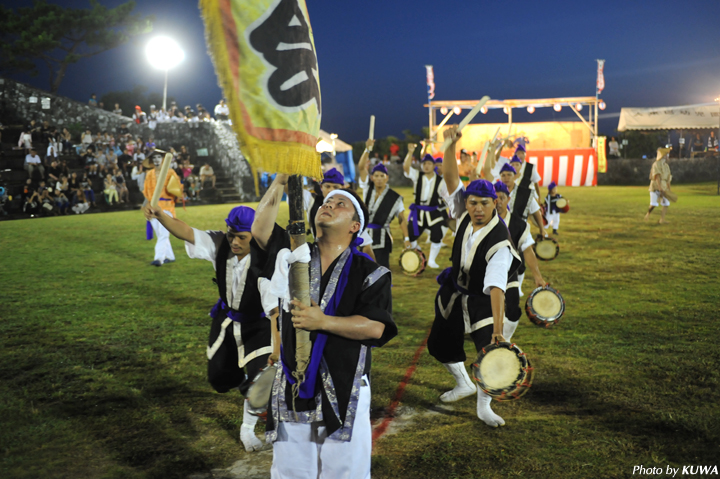 The top batter of youth eisa performances was Isagawa Youth Association.
During the performance the electricity went out frequently, but they kept on performing with all their force. Their fighting spirits raised excitement among the spectators. 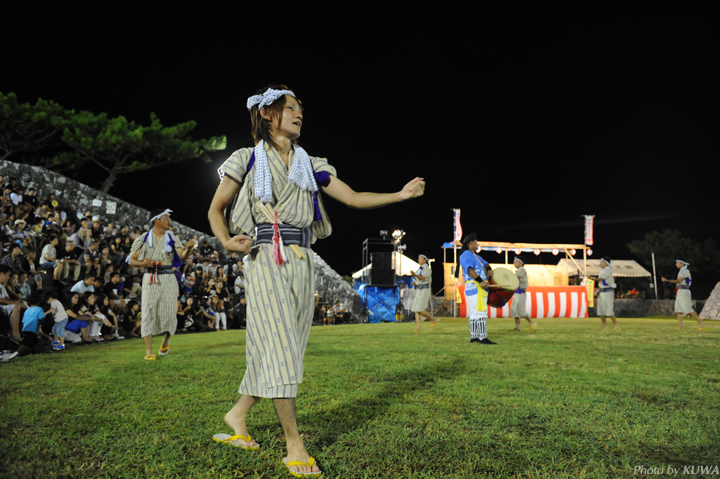 Some districts have been passing down teodori (hand dancing) eisa, which is one of the characteristics about Nago City eisa.
One of them is Gusuku Youth Association.  With only two Odaiko (large barrel drum) at the center, all the other members perform teodori.  Seeing how they dance in a circle reminds you of “Bon Odori” dance and offers a glimpse into eisa in its true colors. 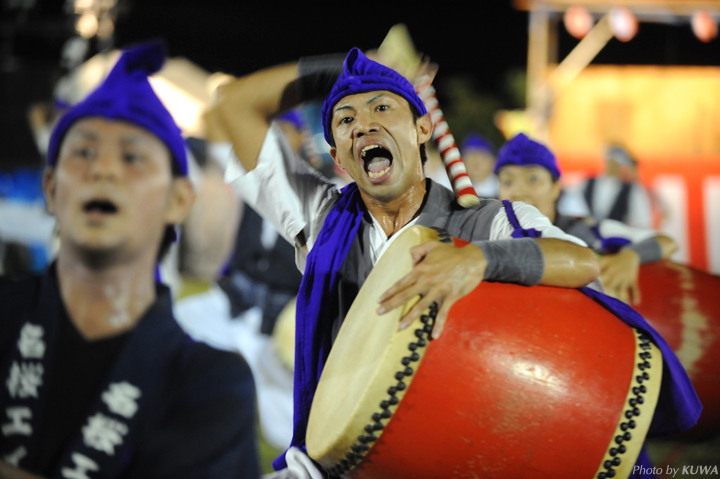 The most energetic group was Meio Eisa.
Meio Eisa is an eisa group of Meio University in Nago City and they shined with young power and cheerfulness. 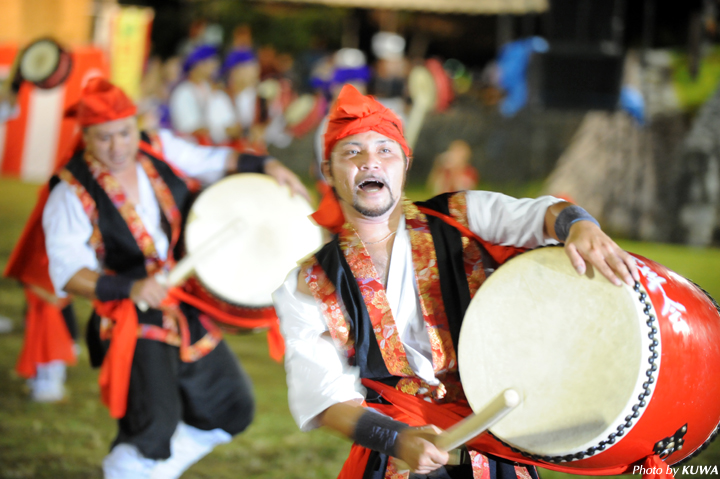 The next was Onishi Youth Association.  Observing the eisa performance by the youth association after the university students’ performance, I can see more clearly the difference between them and good points about each. 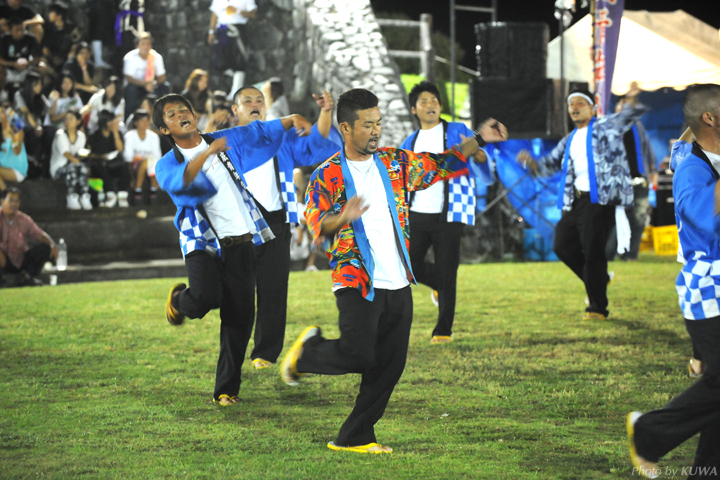 The guest for this festival was Sesoko Youth Association in Motobu Town.
Sesoko teodori eisa has been said to root in Nago City teodori eisa.
Without using drums, their forcible, manly performance fascinated the spectators! 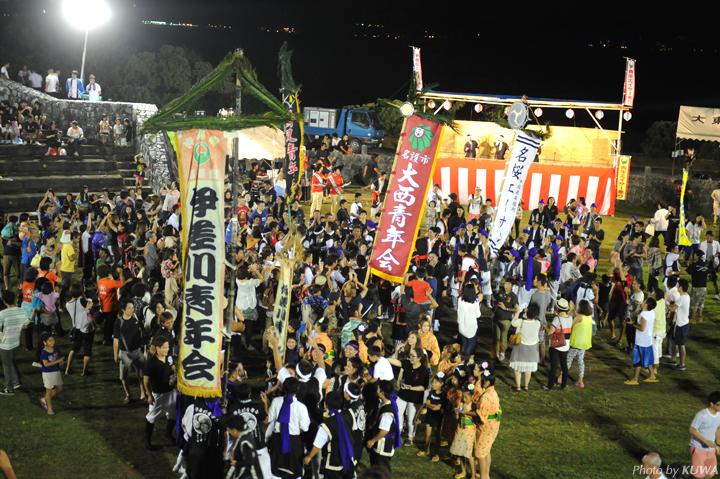 The dynamic eisa performance by Biimata Youth Association was followed by the finale, in which the performers of each youth association and the spectators joined together at the center of the stage for joyful kachaashi (a form of festive Okinawan folk dance).   The happy dance concluded the eisa festival, which seemed to be a symbolic scene showing the end of the summer. 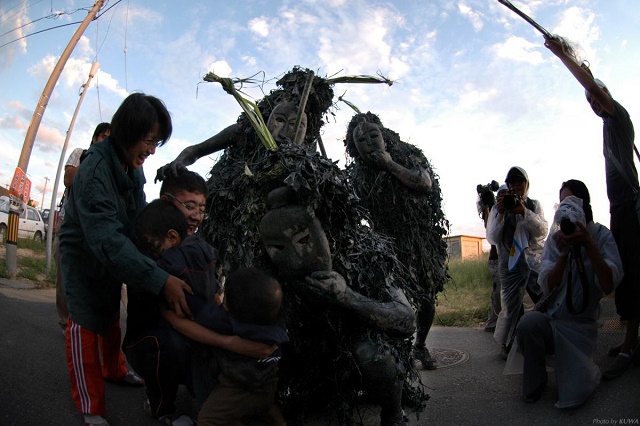 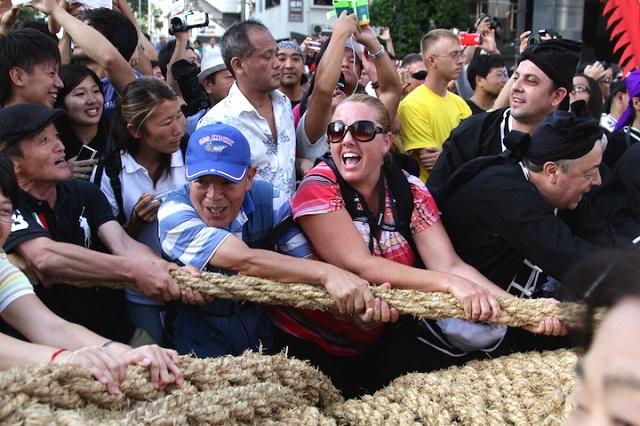 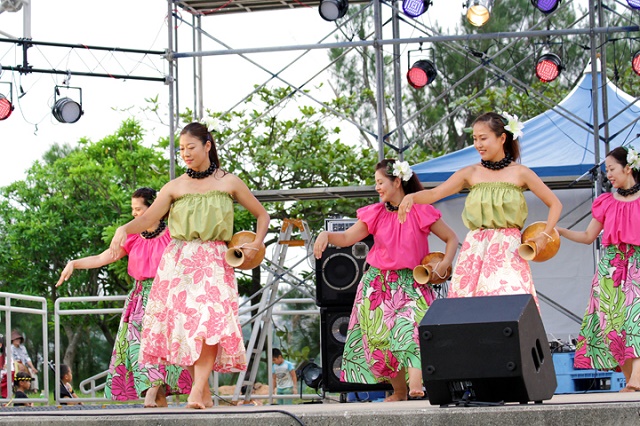 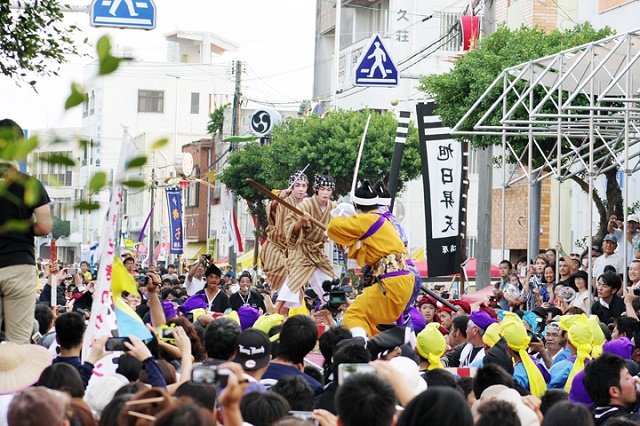 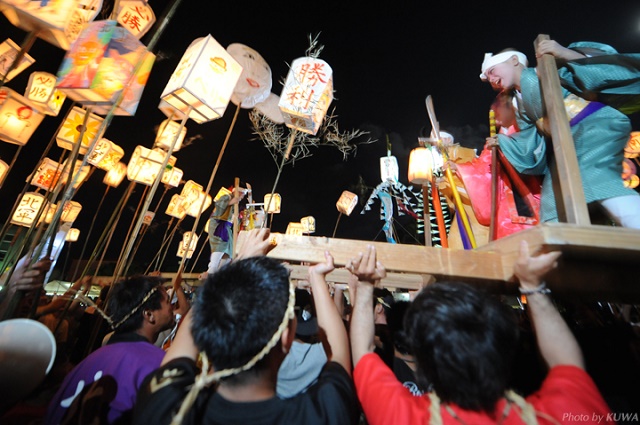