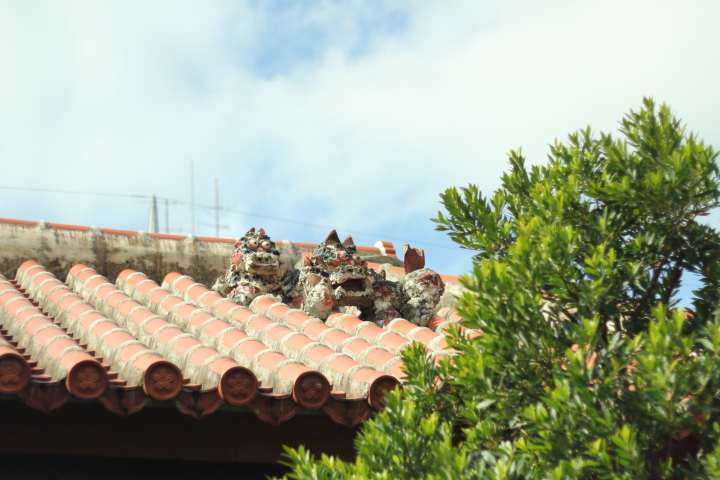 On Kokusai-doori in Makishi, Naha there is the Okinawa Daiichi Hotel. The founder, Yoshiko Shimabukuro, used her mother’s medicinal herb cuisine as a starting point to start offering an Okinawan feeling  breakfast 35 years ago.

Since, she has been happy that customers enjoy coming, and she has increase the amount of dishes people want to eat and now has 50 items. 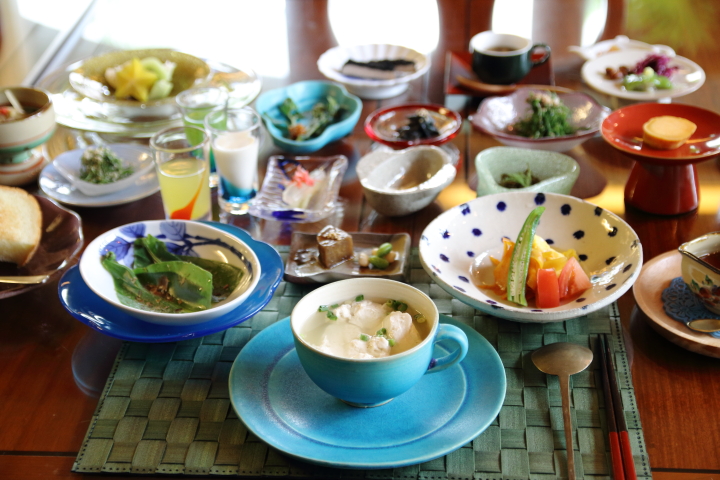 With the guidance of an nutritionist at 585 calories with the ideas of her 2nd daughter Yoshie Watanabe, who happens to have the qualifications for a vegetable sommelier, to make a line-up various dishes using vegetables from Okinawa. 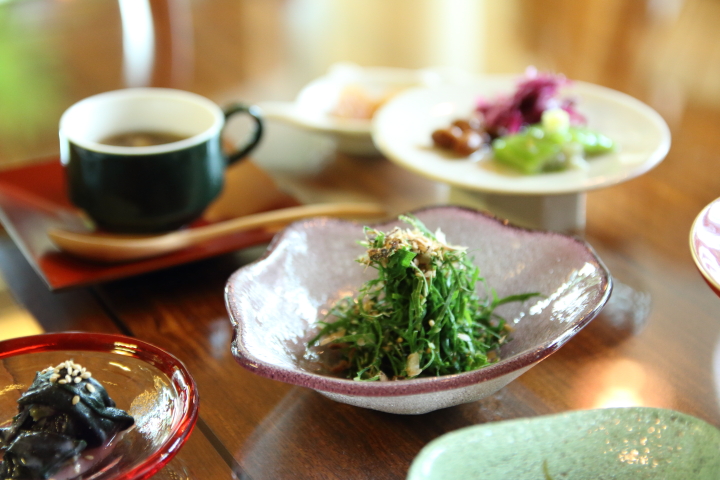 This is the Peucedanum japonicum salad. According to Yoshie it has good nutritional balance and is “the strongest vegetable”. 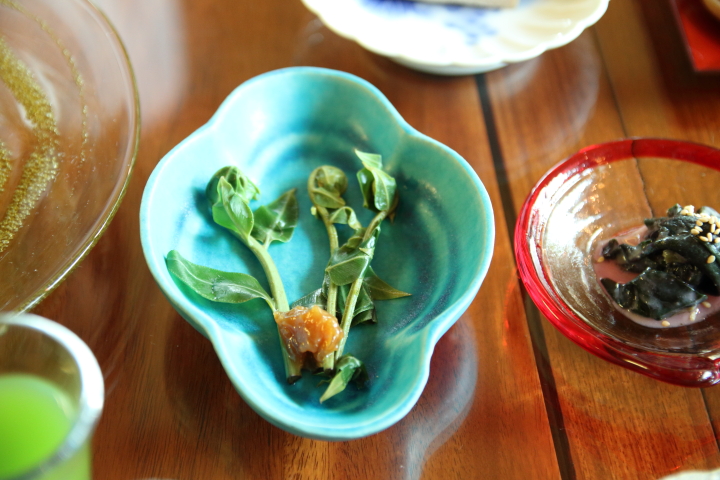 This is Miyako Japanese royal fern with andansu miso. Other than that there are dishes like Otaniwatari (from Ishigaki Island) stir fry, Crepidiastrum lanceolatum with tofu, white sesame and white miso and Okinawan spinach with vinegar miso dressing.

Yoshie said that “The island vegetables raised in strong sun, wind and earth are high in nutrients and anti-oxidants. I think the vegetables raised in Okinawa can be proud of on a world level. The sweet ones are sweet and the bitter ones are bitter. All of them make the best of the rich flavor of the ingredients. After while having a bite, the nutrients gradually spread though out the body. 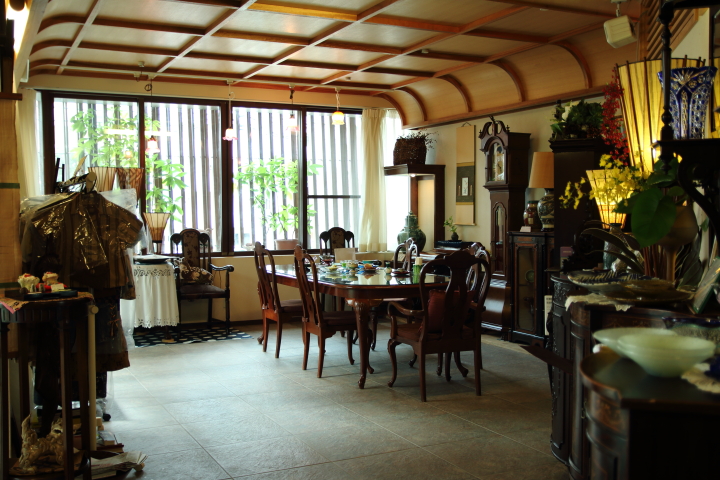 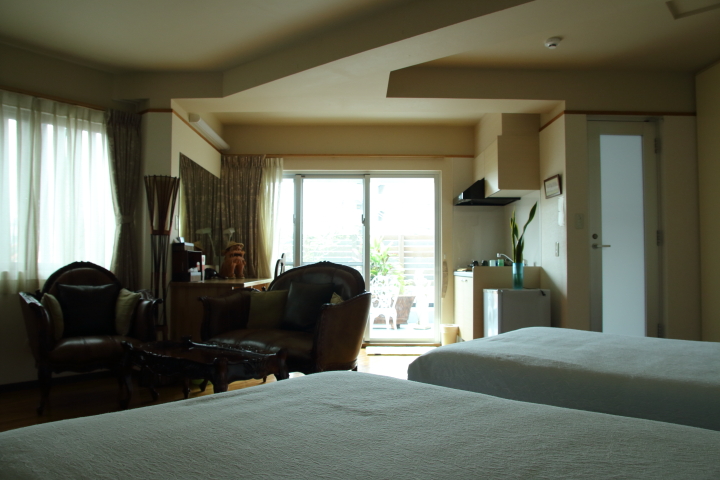 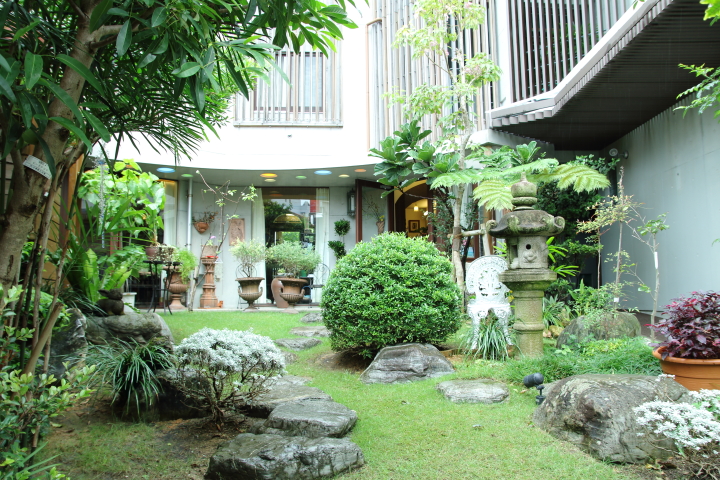 Three years ago they moved and re-opened but the atrium and lobby have the same feeling as it had at the time of its founding, giving it a retro vibe. They are only five rooms but you can have such a silent time that you wouldn’t think there is a busy tourist spot right next to it.

Breakfast is 3,150 yen per person and a reservation is needed. You don’t need to stay at the hotel. It is a little bit of luxury born from Okinawa, that is healthy and full of nutrients. So how about trying out this supreme breakfast? 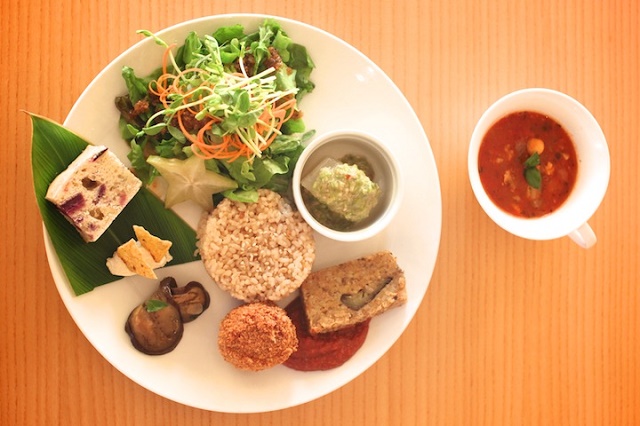 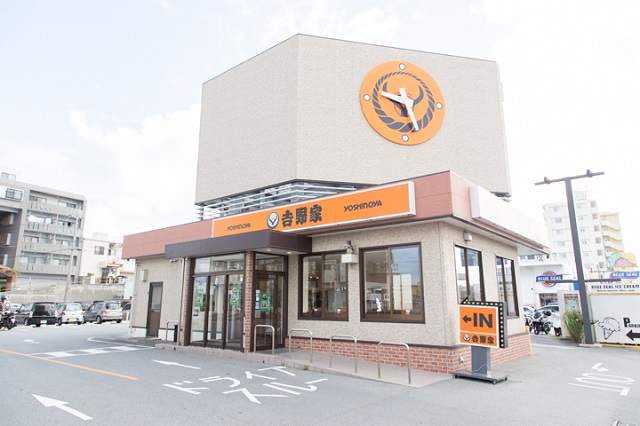 The Okinawa You Can Taste at Beef Bowl Restaurant Yoshinoya 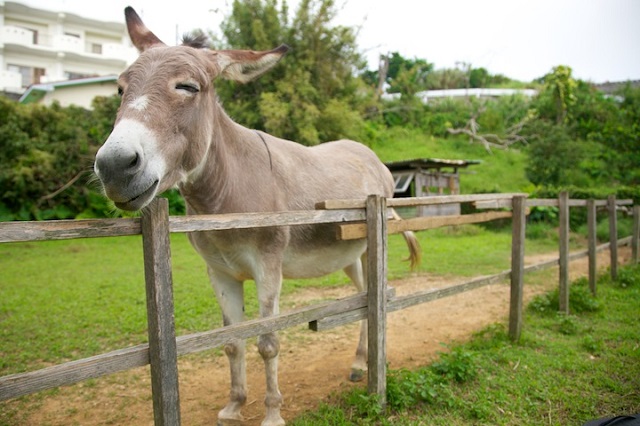 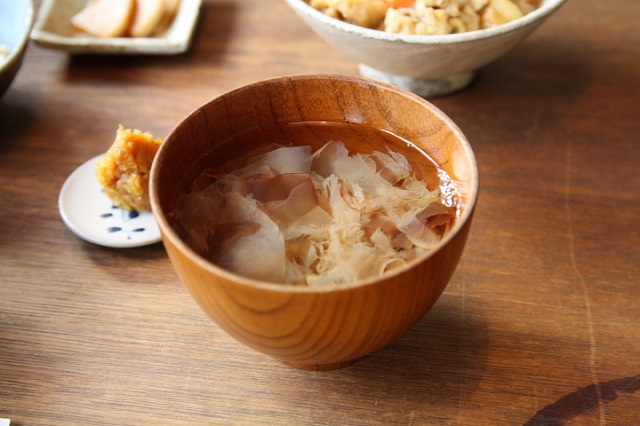 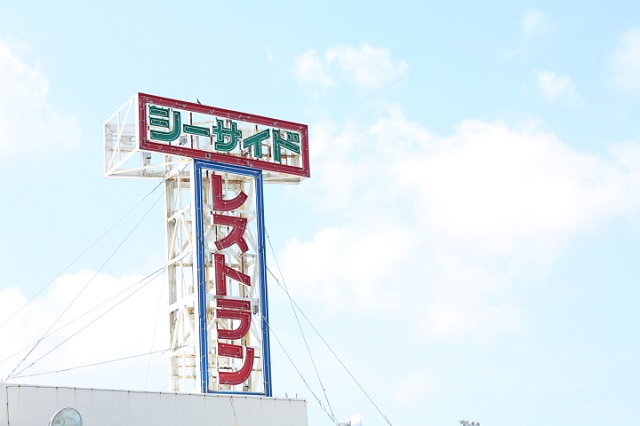