Cafe on a Hill with Delicious Vegetables 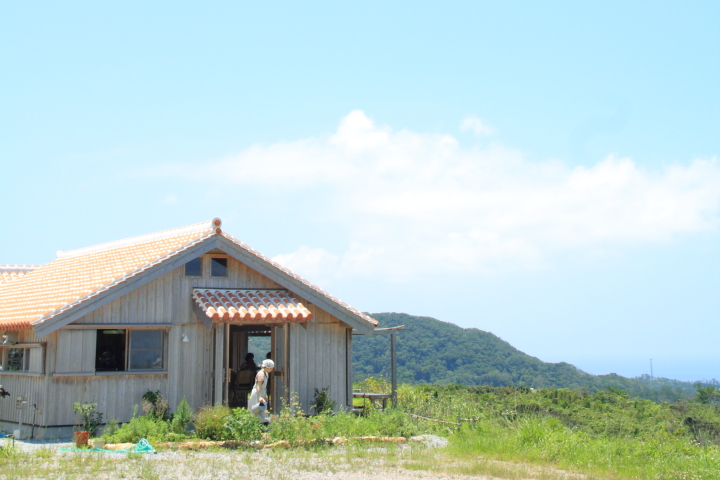 In northern Okinawa, on a hill in Nakijin, below the sky there is a small cafe with a red roof.

The name is Cafe Koku.  The married couple Yusuke and Yukiko Kumagaya, who relocated to Okinawa, opened the cafe in April of last year. 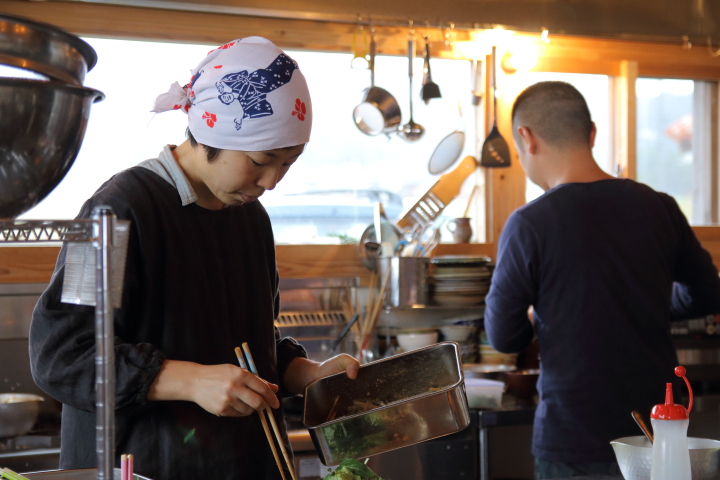 From the front you can the large sea and sky. You can Izena Island and Iheya Island in beyond that. The land on the mountain was reclaimed and sold off, so when they move there was nothing around their house. 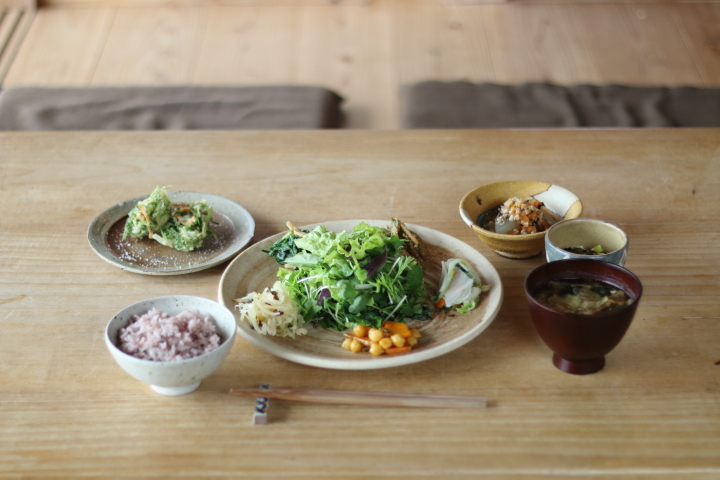 Japanese cuisine by Yusuke and the healthy cooking of Yukiko gave birth to the lunch plate at Koku. The vegetables from local farmers are cooked by the couple and it will satisfy the body. 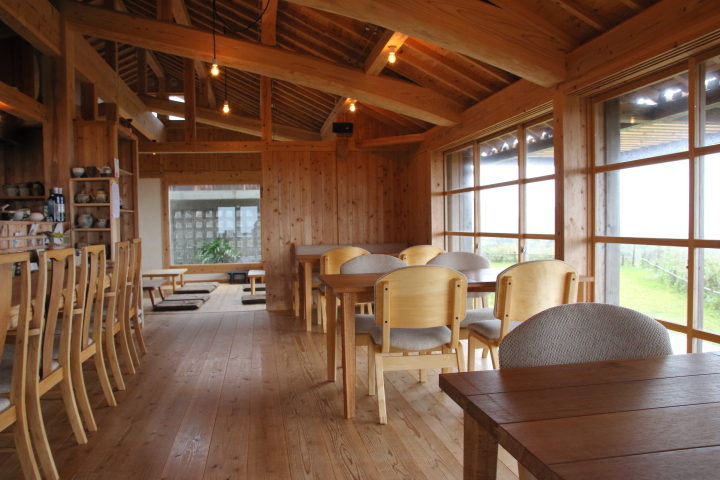 The mostly wooden interior has a large window and veranda. You can have a meal while enjoying the beautiful scenery of Okinawa.

In this place where there was once nothing, not only do local customers come but people from central and southern Okinawa and plenty of tourist come as well.

They politely face each customer and treasure living as a family. No matter how many customers come, there stance won’t change. That is the nice world that is being created at Koku. 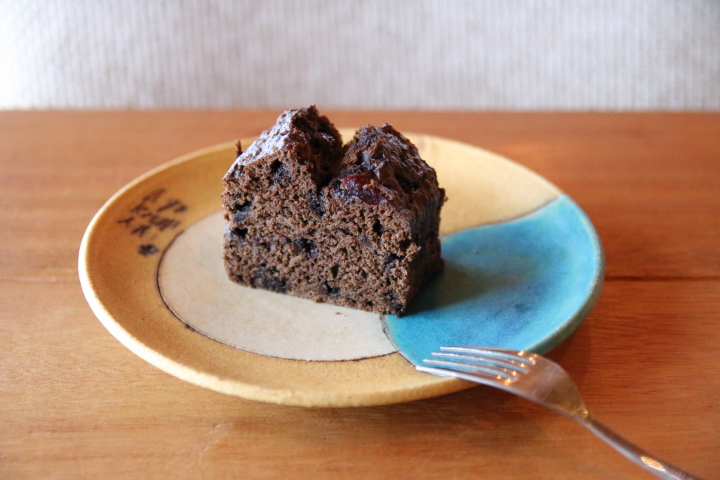 If you are coming from Naha by car, it doesn’t feel far. The way is a bit complicated and there are some people who will get lost. Even with that, it is a cafe I believe in and one you should definitely go to.

Here there are delicious vegetables, vast scenery and the nice Kumagaya couple. It is a cafe that is filled with the charms of Okinawa. 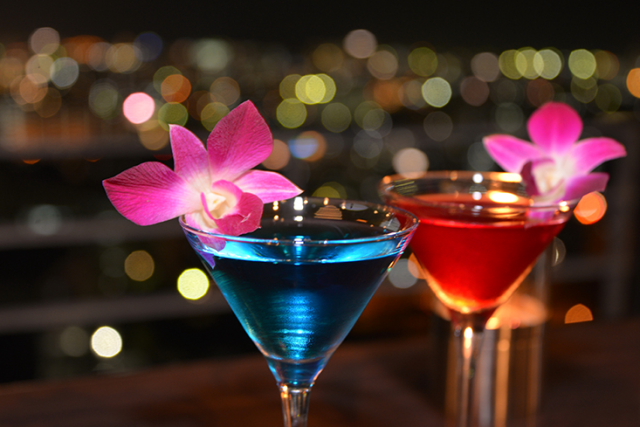 Awamori Cocktails with A Night View 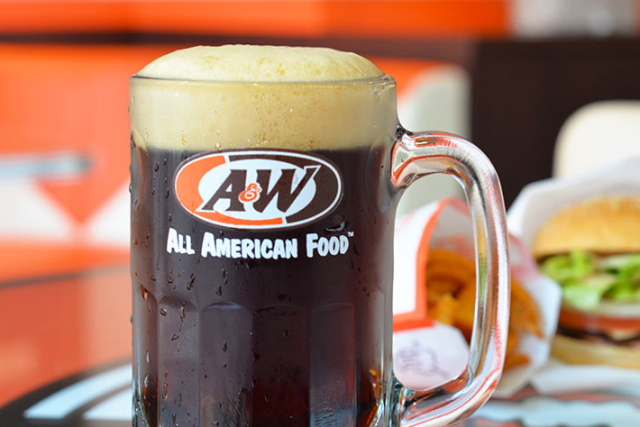 A&W Has Returned to Kokusai Street After 14 Years 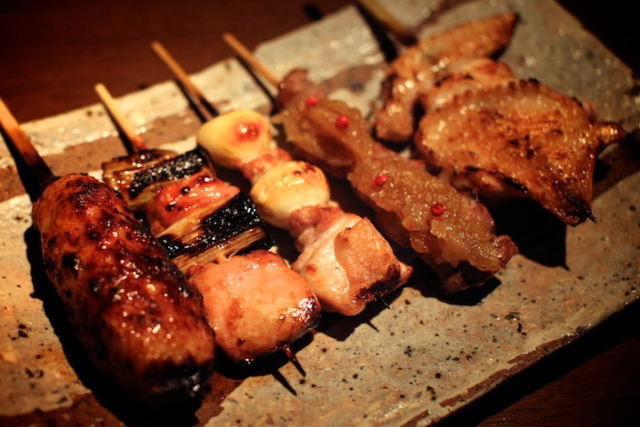 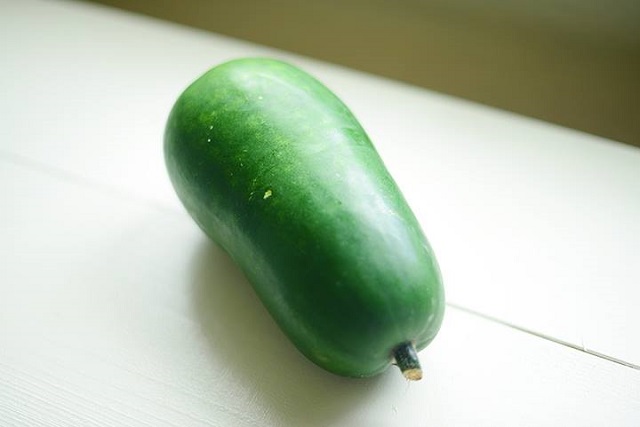 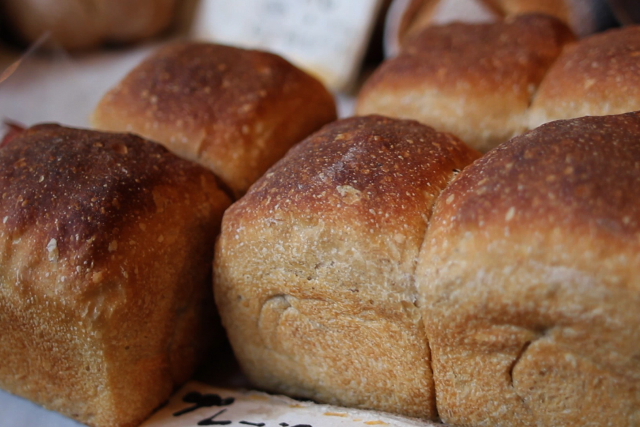