On the past Sunday, December 7, “NAHA Marathon,” which has been known as a citizen marathon event with the largest number of participants in Japan, was held.
This year marks the 30th anniversary of the event with an entry of 29,566 individuals, out of which, 26,905 enjoyed a fresh run through five cities in the south, Naha City, Haebaru Town, Yaese Town, Itoman City, and Tomigusuku City.
Within the time limit of six hours, 15 minutes, 20,029 participants completed the full distance.  The completion rate of the race is 74.44%, which is higher than the previous year’s rate by 4.85%.

I, who is a photo writer, Kiwamu Ogawa, from Okinawa CLIP members, participated in the race for an experience report.  Now, let me report the NAHA Marathon 2014..

It was cloudy after sunny, and the temperature was 17 to 19 ℃.  Very different from the heavy rain two years ago and sunny like midsummer last year, it made conditions just about perfect for runners.

At 9:00 AM, the race starts at the Meijibashi Crossing on Highway 58!
For the anniversary event this year, a civil servant runner, Mr. Yuuki Kawauchi was invited, and he came in a slamming 1st place with a new record of the event of 2 hours, 13 minutes and 43 seconds.
In addition, Mr. Yoko Gushiken, who is a former junior flyweight champion in the old-timer category and was elected to the International Boxing Hall of Fame the other day, announced the start of the race, and the venue was caught in the glitzy grip. 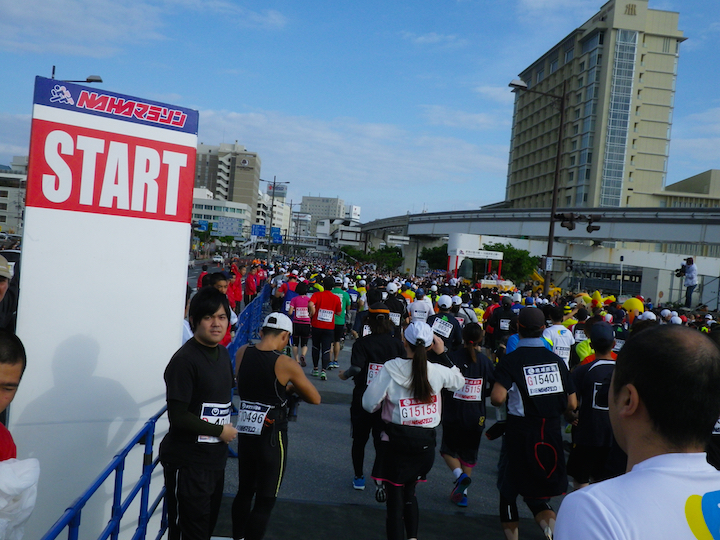 During the course, many interesting points are waiting for you.
This is a famous “Young Man Point” (LOL)!
All the runners do the Y-M-C-A hand gestures along with the song “Y.M.C.A.” played loudly on the sideline. 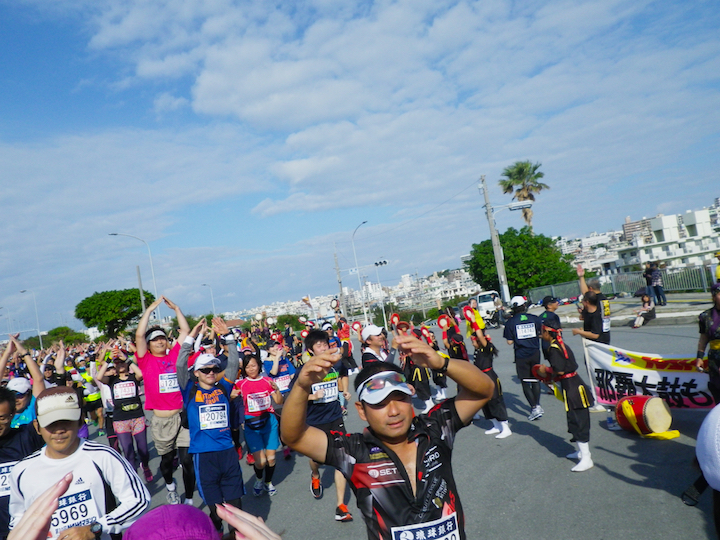 The race is designed to run basically through urban districts, but from the halfway point to the second half, there are partly some refreshing points you can look over the coastal line in the south.

“Wow, this is very Okinawa!” Many participants who seemed to have come from the mainland Japan stopped running to take out a phone camera, which was impressive to me. 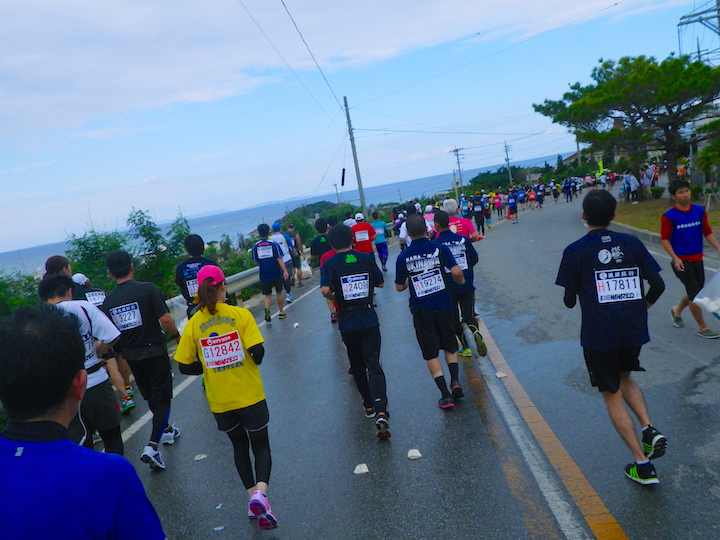 By the way, the NAHA Marathon has two characteristics.

One of them is, of course, a passionate cheering by the local people on the sidelines.
Along with cheering, “Chibariyo!! (an Okinawan word meaning “You can do it!”), people give out to runners a variety of supporting items such as water, sport drink, fruit, sweets, rice balls, salt, brown sugar, cold spray, etc.  Their support is very encouraging, and their cheering must be the driving force for each runner to complete the race.
As one of the participants, I would like to take this opportunity to really appreciate those who cheer up on runners! 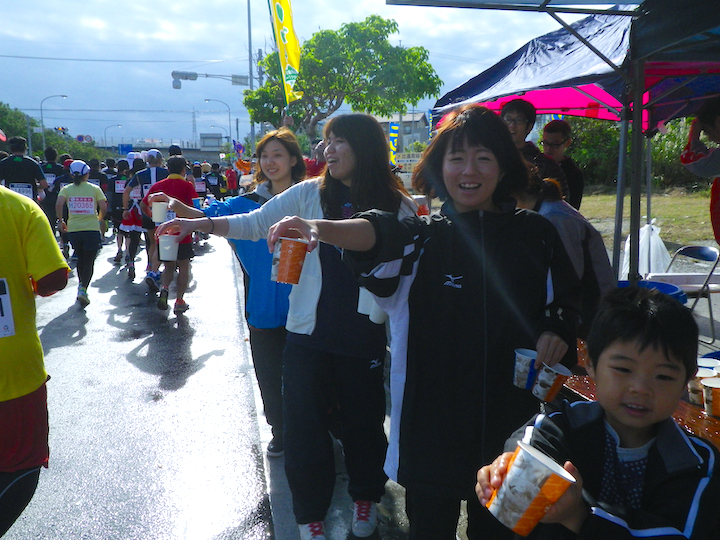 And the other is the variety of costumes runners wear during the race.  Many runners dressed as entertainers who have been popular this year, classic animated characters, special effects heroes, yuruchara, or can beers. Their colorful presence gave good spirits not only to spectators but also to other runners. 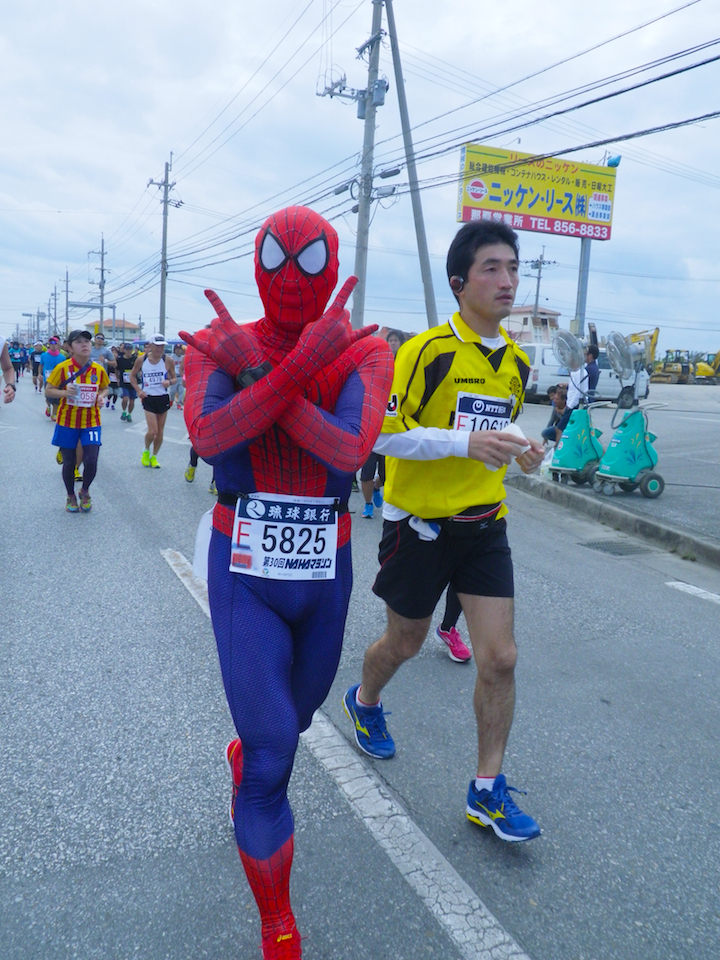 By the way, I actually participated in the NAHA Marathon for the past six years and finished the line each time.  This year marks my 7th year of participation, and I ran in 5 hours, 16 minutes, and 29 seconds. (I finished in the 8,474 place).  It is the 4th best in my personal record.  Not bad! 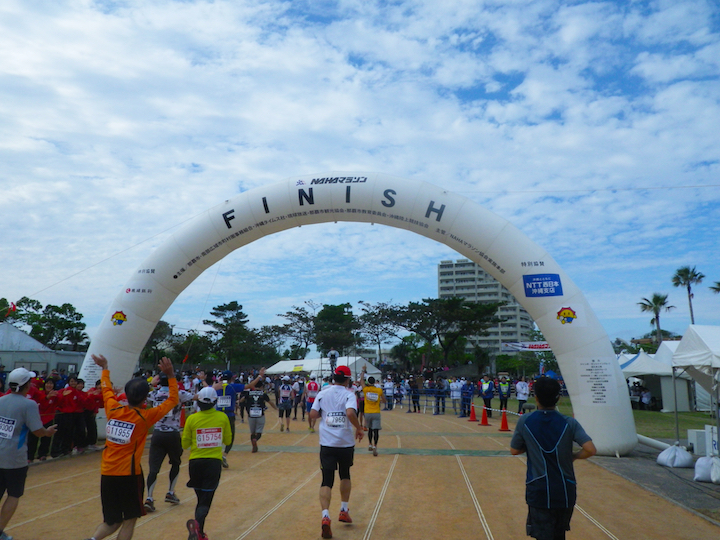 As the title name “Festival of Sun, Ocean, and Joggers” suggests, the NAHA Marathon is a great sport event where citizens take center stage, which is special to the southern island of Okinawa.

Our readers, why don’t you join us and work up a good sweat together in the event next year?   I am sure it will be an amazing memory to you! 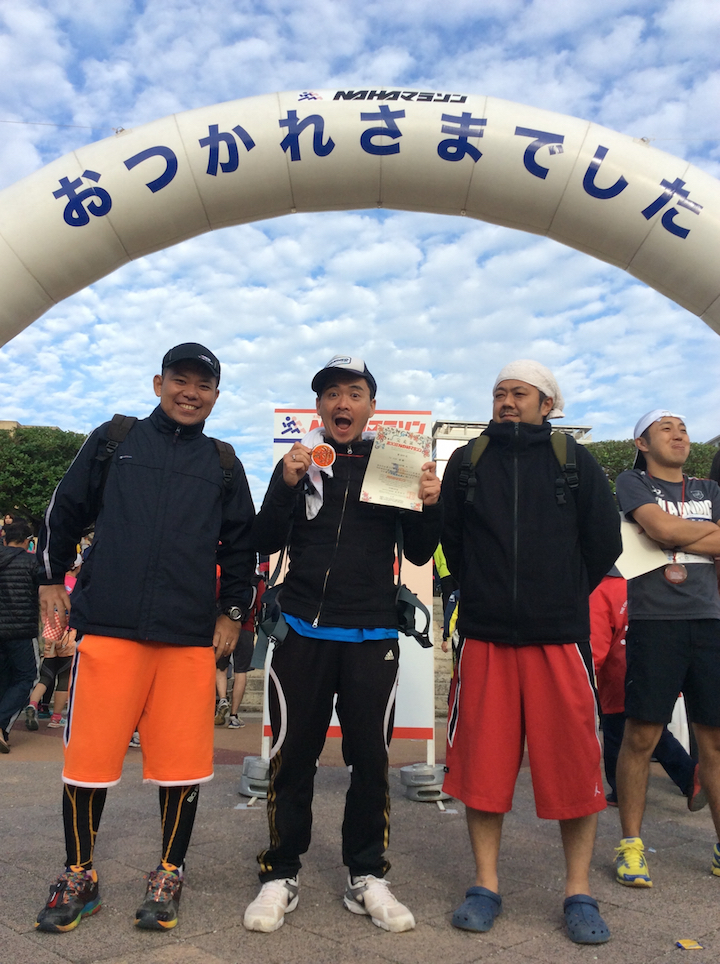 All the runners who participated in the 30th NAHA Marathon, thank you very much for your fighting spirits! ★ 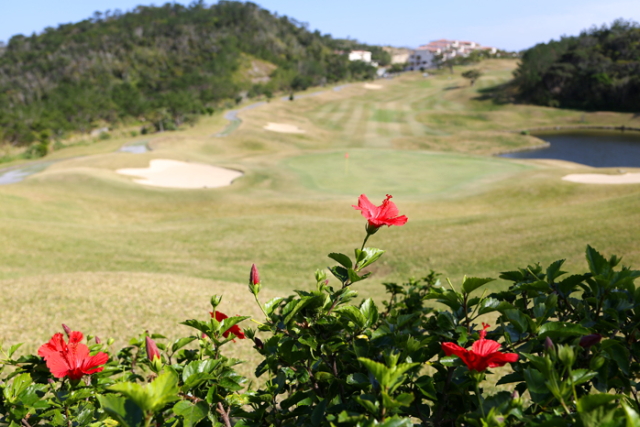 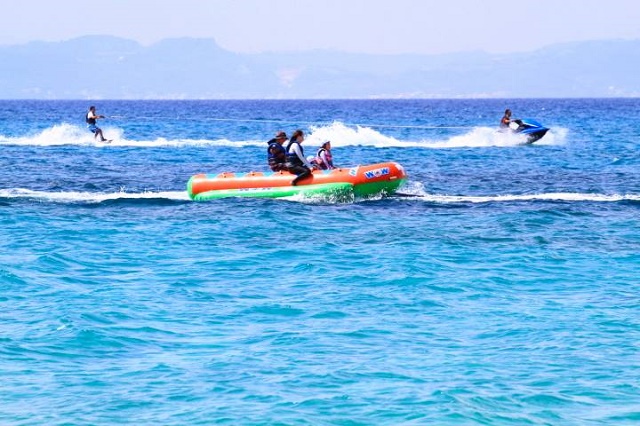 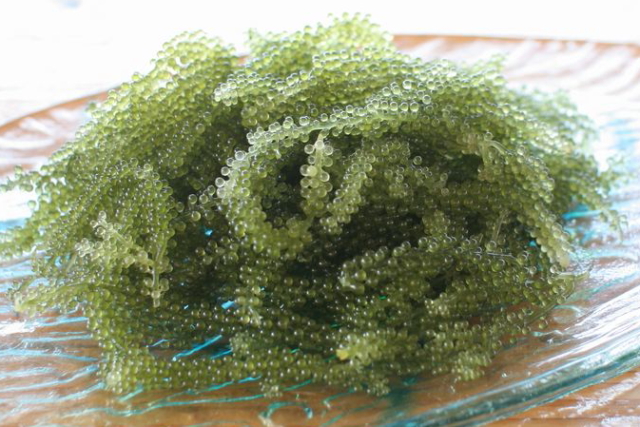 Harvest at the Sea Grape Plantation 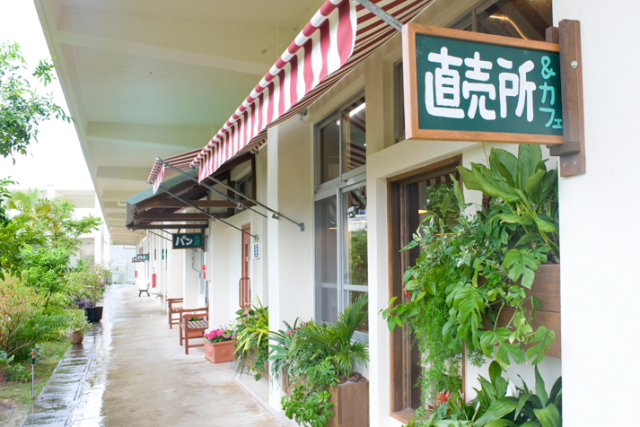 Aiai Farm, A New Type of Experience Based Tourism Spot 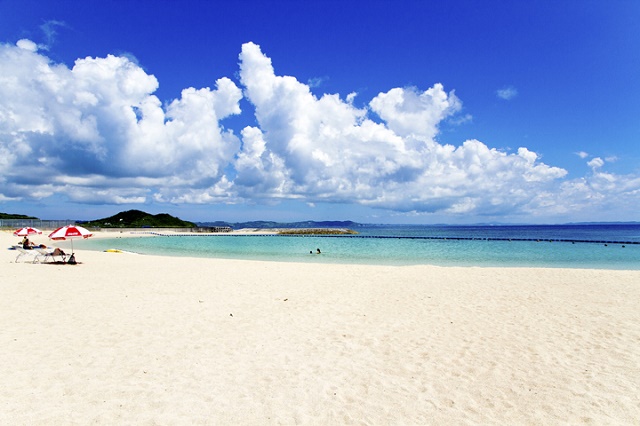 Not Only for Swimming! You Can Enjoy BBQ and Marine Sports at This Beach!