A Long-established Restaurant in Okinawa, Where You Can Savor Jumbo American Steak While Looking Over Nakagusuku Bay

Before long I moved to Okinawa, I asked an acquaintance of mine who had been living in Okinawa longer than I, “Where can I try an Okinawan specialty?”
Then, she took me to this place, “PUB LOUNGE EMERALD,” which is popular for American steak. 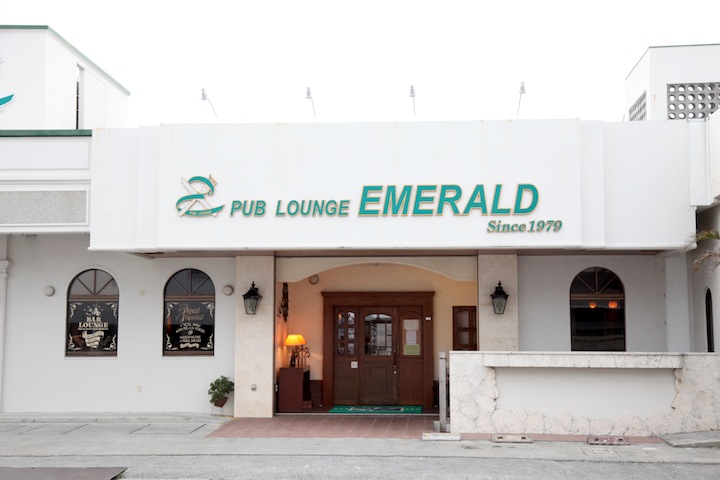 Goya Champuru and Taco Rice are also famous Okinawan specialty dishes, but American steak is also one of Okinawan food cultures that has been loved for a long time.
Originally American steak started being served in Okinawan restaurants for American soldiers who occupied Okinawa after the Battle of Okinawa in 1945.
Beef were custom-free during the U.S. Occupation, and the price has remained low even after reversion of Okianawa to mainland Japan.  Gradually American beef steak has become popular among the locals, and now it is one of the common Okinawan dishes.

They have a variety of meat dish menu items such as hamburger and diced steak, but the best recommended dish here is Jumbo Steak!
A regular 350g steak is great, and what I would really like to recommend is 450g Jumbo Premier Rib Steak! 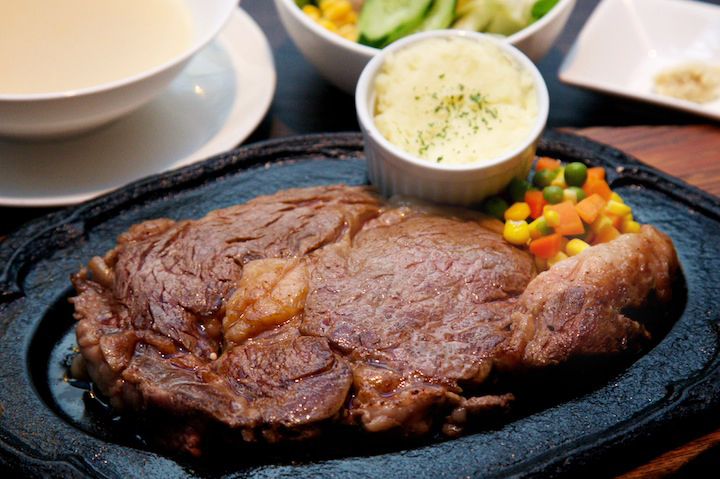 Good, firm steak of beef imported from Australia and America are let sit overnight for a milder taste, dipped in a specially-made sauce overnight, and cooked.  Especially for the Premium Rib Steak, they carefully select meat that contain a proper balance of fatty meat and red meat among the top rated meat.
Compared to Japanese beef steak, it is less fatty meat, so customers don’t feel heavy.  Not a few women who had said “I cannot each this much!” ended in eating it up.
By the way, I was wondering where the name “PUB LOUNGE” came from. 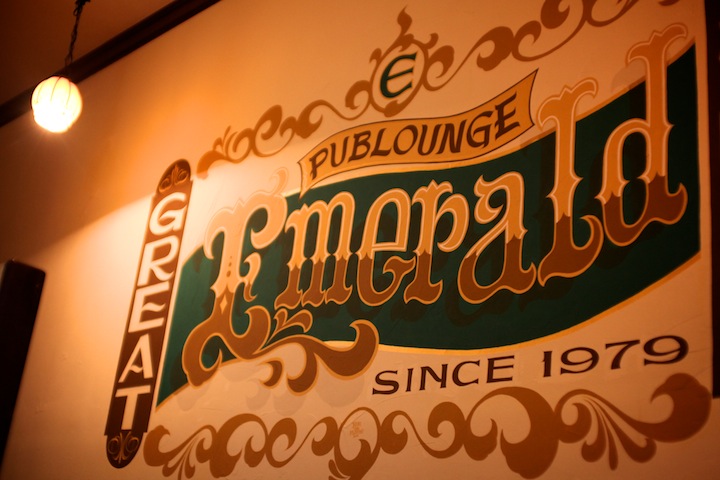 “Emerald,” which will celebrate its 35th anniversary soon, used to be open as a pub mainly serving alcohol and some food.  In one part of Okinawa, they have enjoyed a culture of eating steak when they finish drinking alcohol.  So the pub tried to put it on the menu, and it was well received.
“The Emerald used to be a pub where you can eat steak, but now a pub is just added to a steakhouse. It had been completely reversed. (lol).” 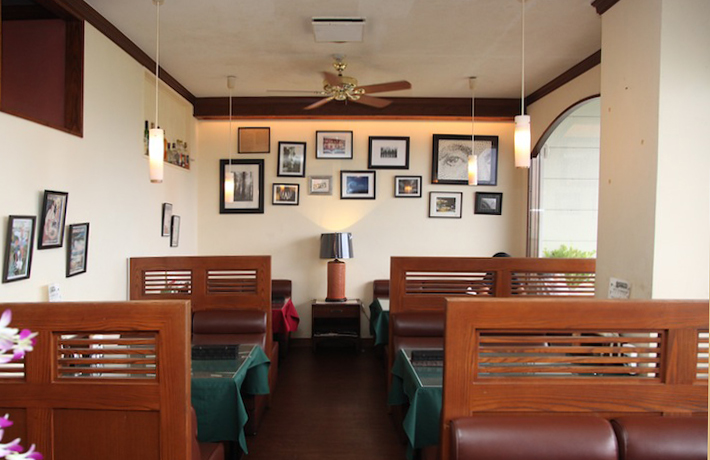 If you visit there as a steakhouse, you might be surprised at an a little fascinating atmosphere of a bar space found right after the entrance.
The owner would like to keep the bar space since the Emerald started as a pub lounge.
At night you can see regular customers who have come here just for an alcohol since its establishment. This champuru (an Okinawan word meaning “mixed up”), curious atmosphere seemed to be really Okinawa to me, who had just started living in Okinawa. 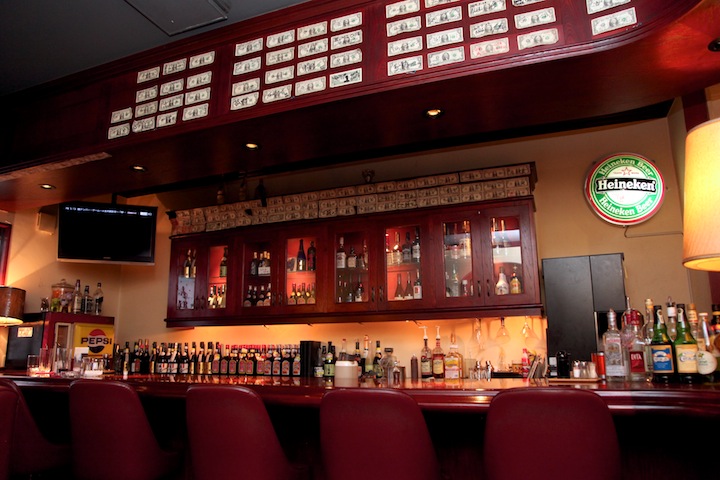 From the window, you can look over the view of Nakagusuku Bay, which the former owner fell in love with.  With comfortable feeling and full of sense of openness, tourists appreciate the vista as they can enjoy a petit resort feeling. 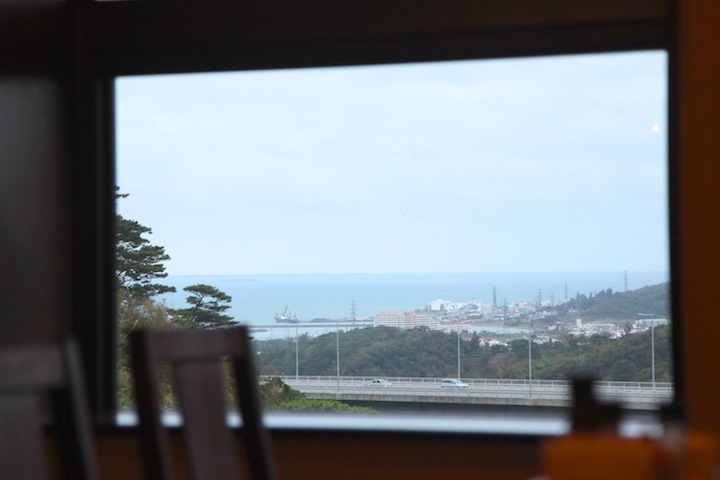 Recently, they built a space, which reminds you of a classic American style, can be rented for a party.
It creates an atmosphere of not so casual and decent, so it is perfect for a date. 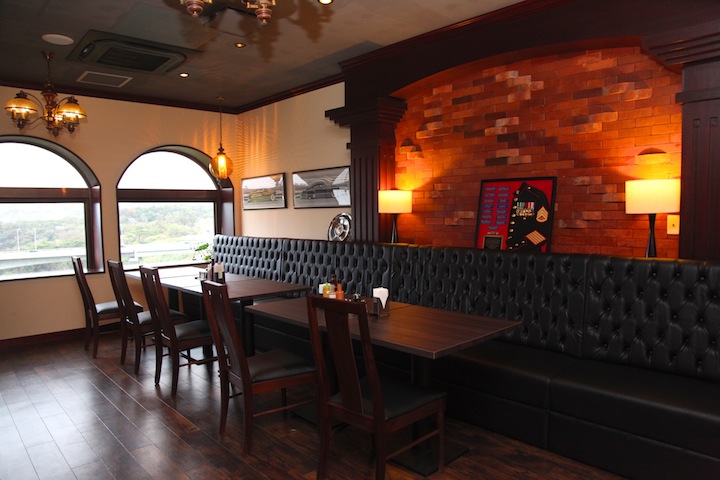 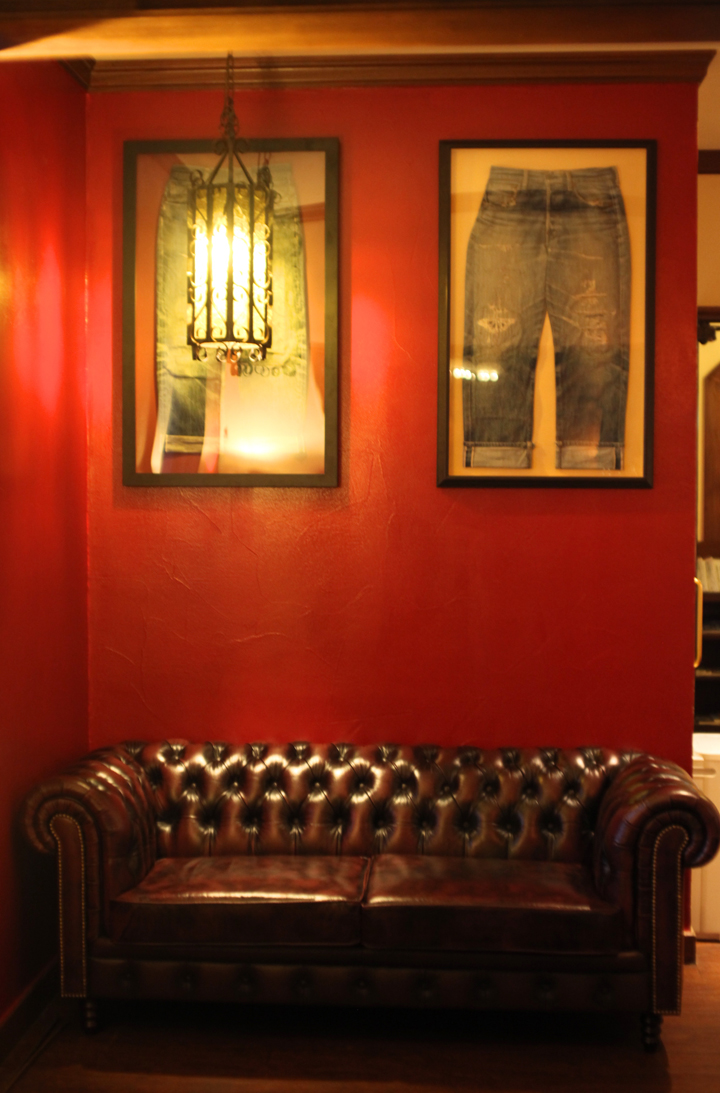 By the way, during the report, I also tried the 450g Premium Rib Steak.  I am also one of the women who said “I cannot each this much!” at first, but it was so delicious and easy to eat that I found myself eating it all alone.

Shall I start my diet tomorrow? 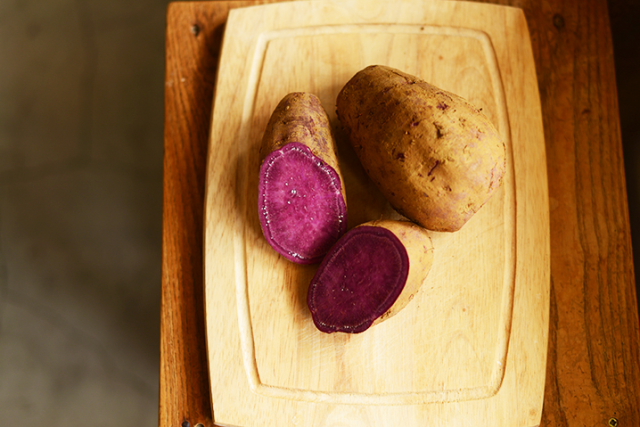 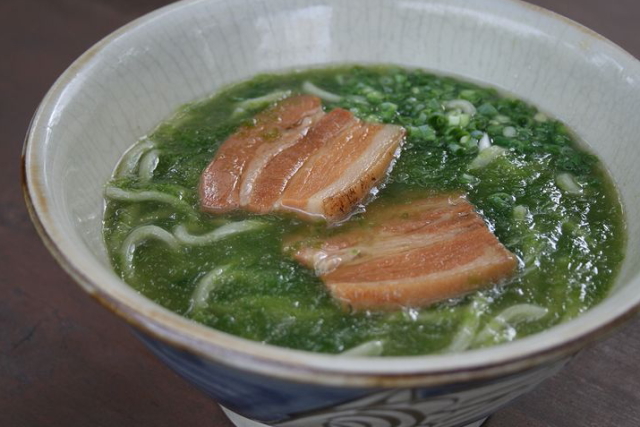 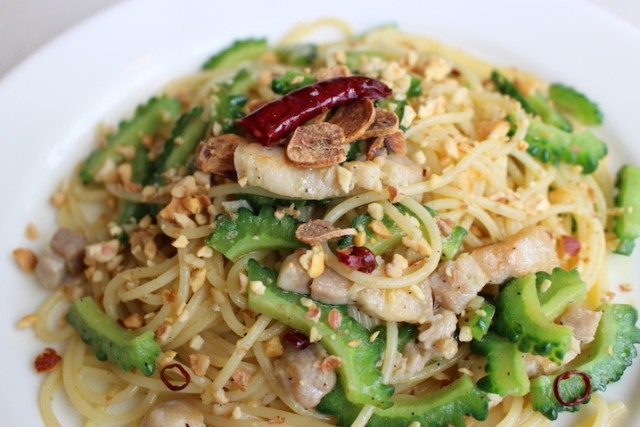 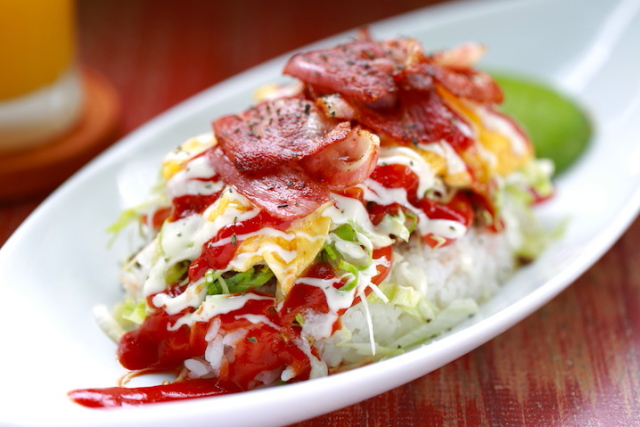 The King of B Rank Gourmet in Okinawa ! Miracle "Omu-Taco" 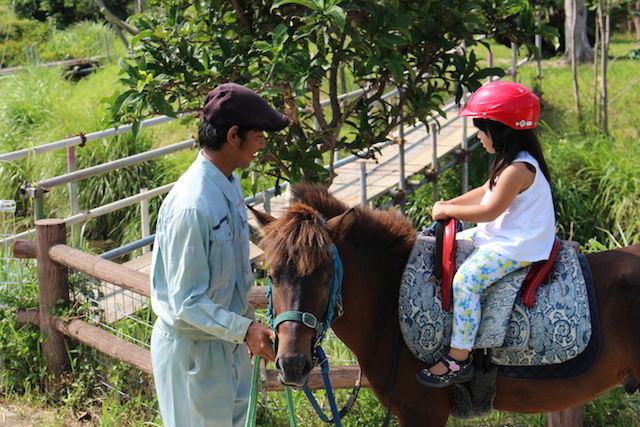