Nutritious! The Specialty of 「Nakamura Noodle」with a plenty of Seaweed from Ie Island

Nakamura Noodle restaurant is located on the sea side of Seragaki,
Onna village on Route 58.
The restaurant has a very nice ocean view and is always crowded
with variety of people such as local people, tourists, family, single,
elderly people and youngster. 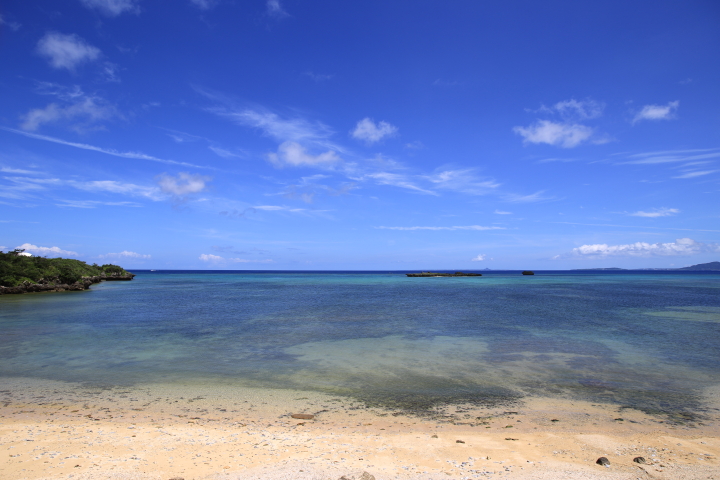 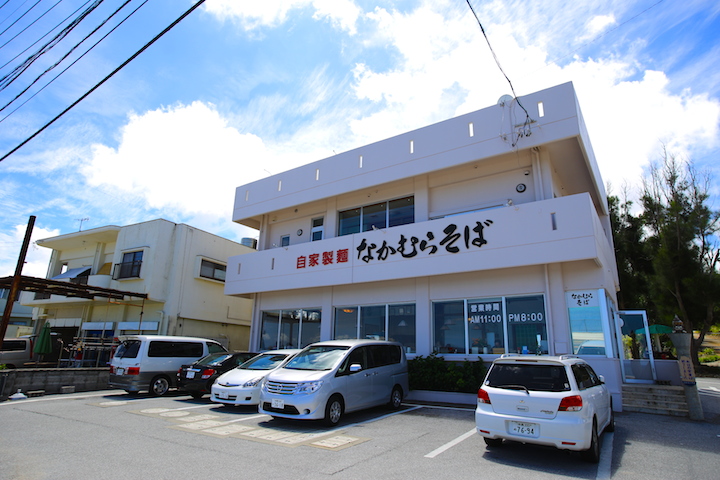 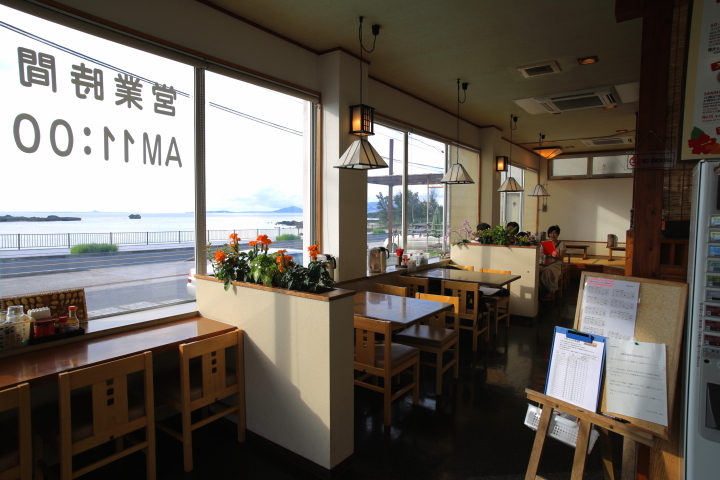 The Home Made Noodle and the Original Soup are the reasons why「Nakamura Noodle」is so popular.
No preservative added and hand made flat noodle is made from flour 100% and the texture
has a nice and firm and very tasty.
The Original Soup is made from Pork broth stewed for long time in order to make a clear soup
and also added bonito broth which make the soup very clean and tasty.
The Soup is quite simple but the harmony of the ingredients
has become so popular and the number of repeaters has increased.
The Specialty is 「Nakamura Noodle」, however,
「Ahsa(seaweed) Noodle」is also popular (Large 800yen Middle 700yen)!
This has been a regular menu since the opening of 1999
and very popular among their regular customers. 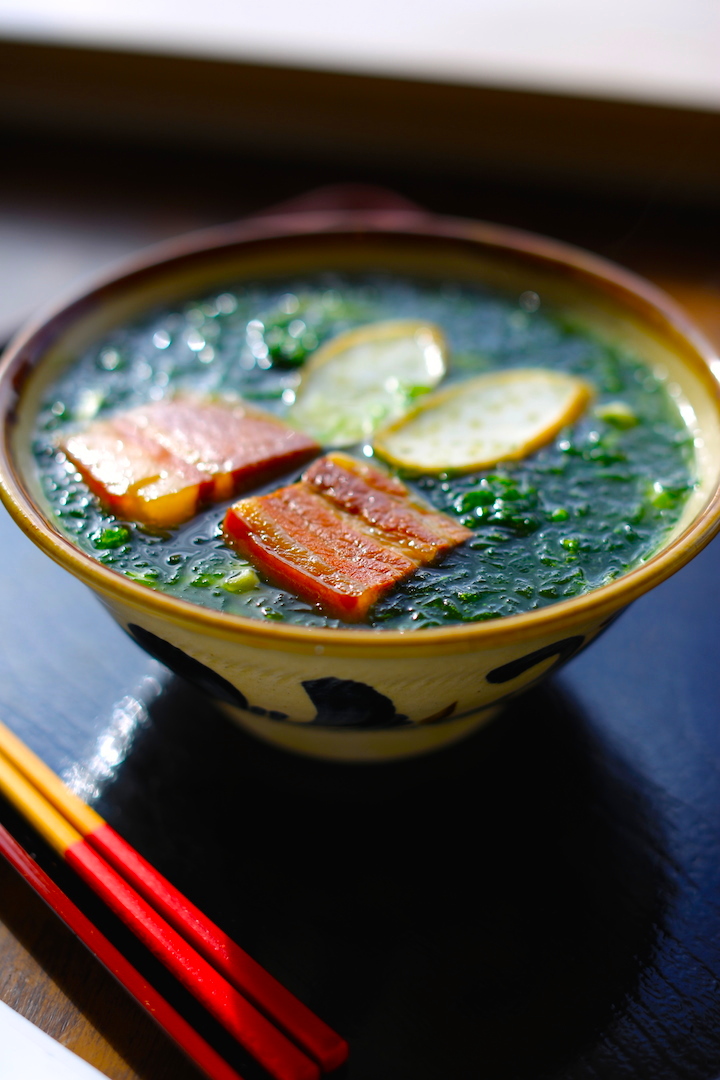 The Ahsa is a kind of seaweed called Monostroma nitidum
and can be found in the range of Mainland Japan,
Shikoku, Kyusyu, Okinawa and Taiwan along the Pacific Ocean,
and normally picked on rocky shore in cold winter.
The Ahsa contains a lot of βcarotene which is said to prevent from aging and cancers.
The calcium contains 8 times as much as milk and the folic acid contains
twice as much as spinach.
This also contains dietary fiber, mineral, vitamins,
iron and  protein with good balance and well known as healthy alkaline food.
The best season of Ahsa is from February to May in Okinawa and it can very often
be seen on a rocky shore and is a familiar ingredient in Okinawa. 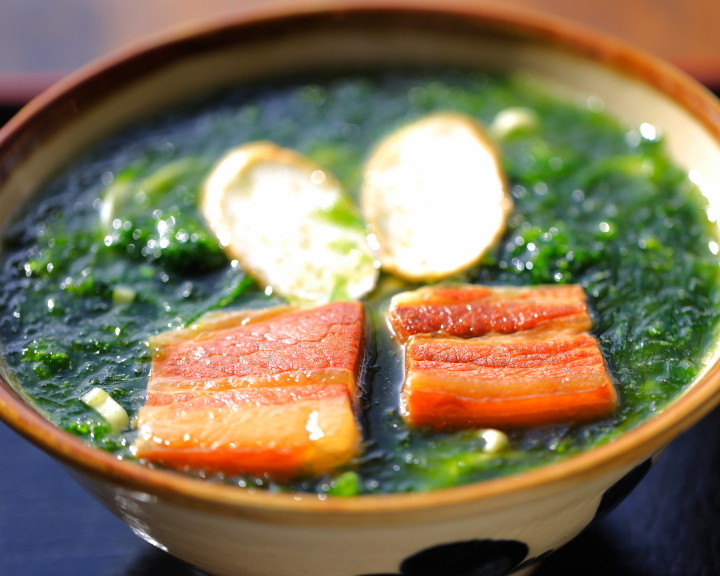 The restaurant uses natural Ahsa of Ie Island which is wel
l known for the high quality in Okinawa.
The Ahsa is twisted around noodle and gives smooth taste.
When you eat the noodle you can enjoy the flavor of the sea
which encourage your appetite more. 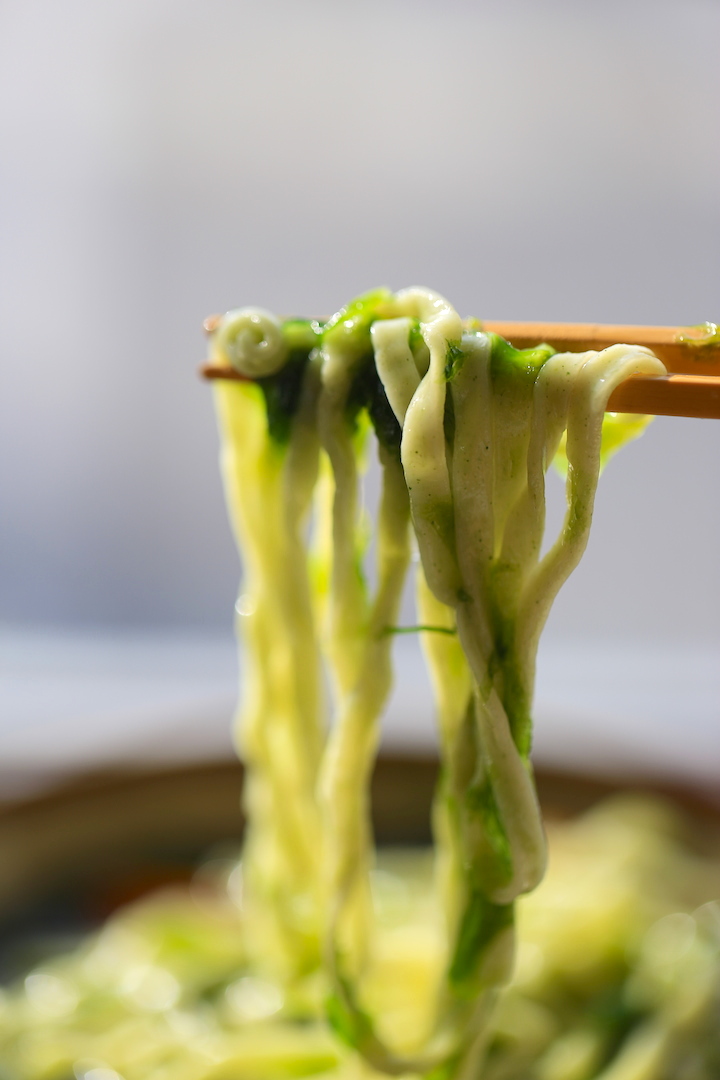 A plenty of Ahsa is topped on noodle and the green color is so vivid
and looks like a salad.
What a more, the Ahsa is contained also both in noodle and topped steamed fish paste.
Another topping of sliced pork is stewed with soy sauce and sugar for long time and delicious.
You can enjoy to the last drop of soup. 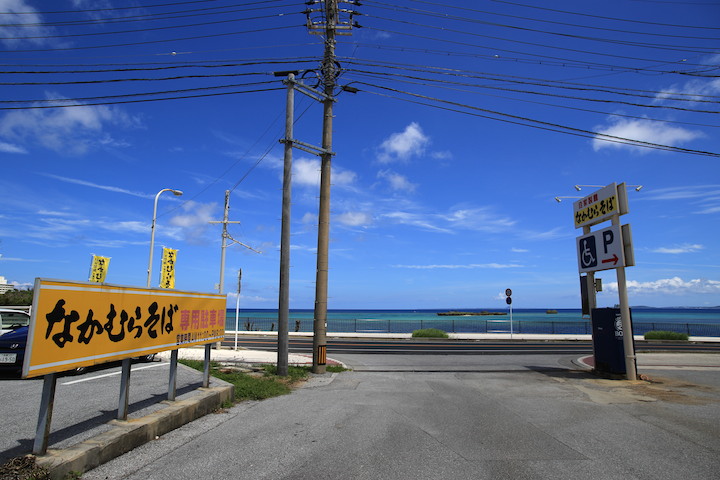 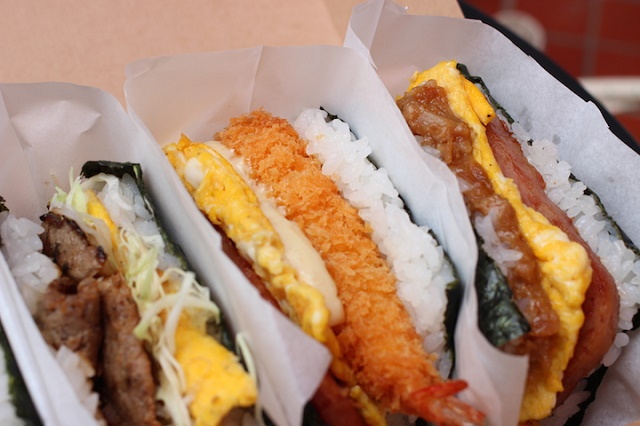 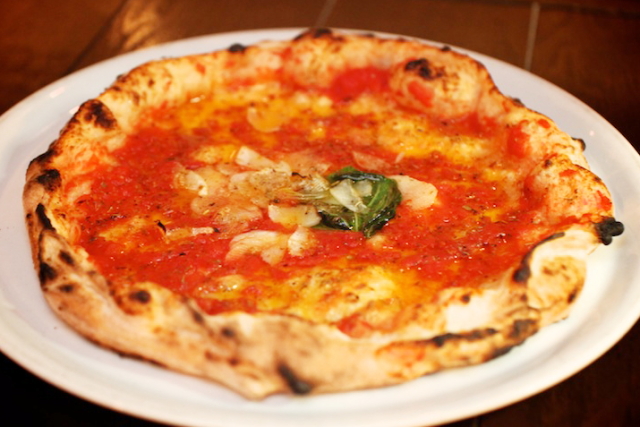 The Italian Pizza , Almost a Masterpiece of an Art 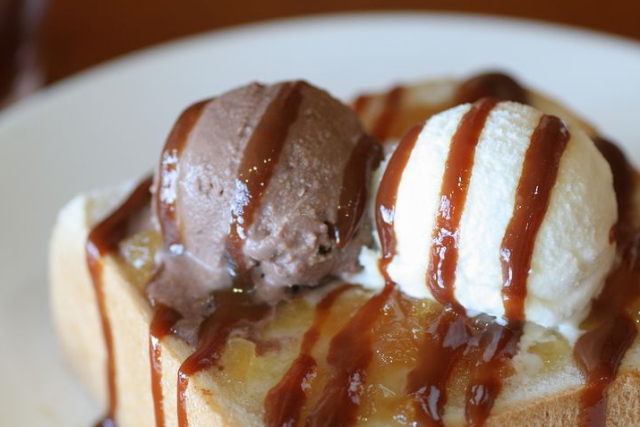 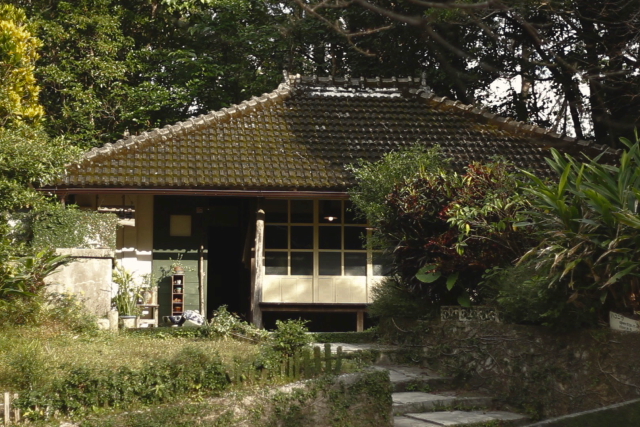 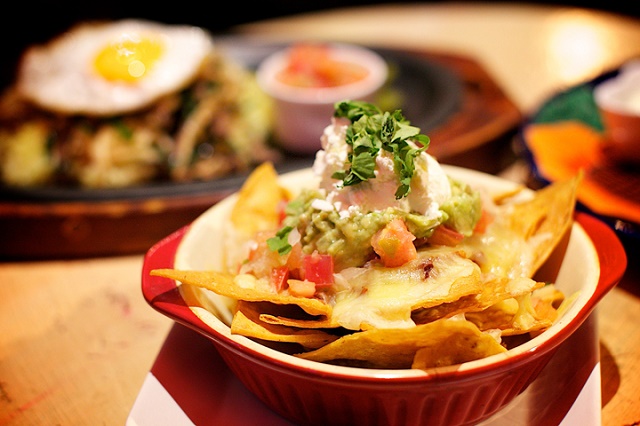