Parking the car in the parking lot where the sunshine of the southern land is shining, you walk down the old corridor.   When you enter the door by the Chinese restaurant with impressive orange tiles which were imported from Italy 60 years ago, you can find a long wood corridor which is illuminated by indirect lighting. 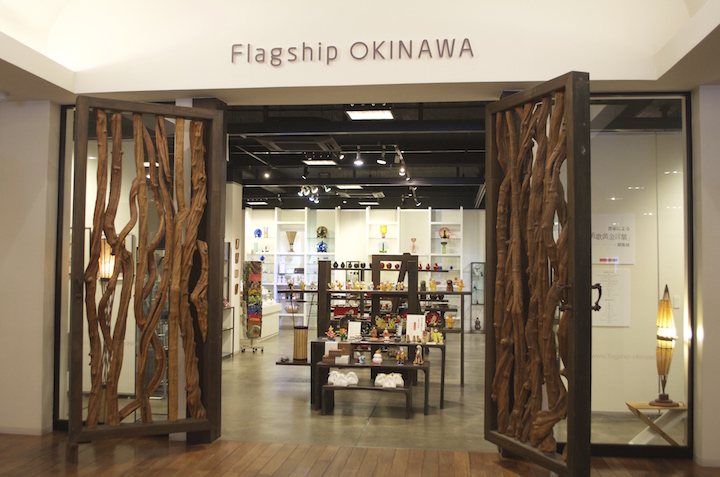 As you look at men’s shoes and bags imported from Italy and fancy clothes from France and America on both sides, you tap further down until you see a space like a gallery.

PLAZA HOUSE is the first shopping center established in Japan in 1954.
Roger’s marked the start of a select shop, where they sell worldwide brand import items,
conveying the atmosphere in the period when Okinawa was a U.S. territory to the present time.

In a unique place where goods imported from Paris, Milano, Barcelona, etc. in fashion are introduced from Okinawa to Japan, Flagship OKINAWA is well-known by adults with high sense of value as a shop dealing in Okinawan products. 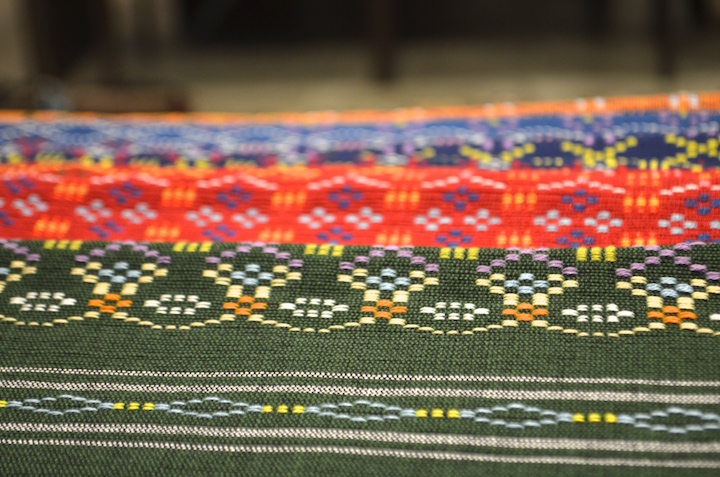 As well as handcrafts whose tradition has passed down to the present such as Ryukyu glass, dyed fabrics, potteries, etc., they sell products of “New Okinawa,” which is created by adding the tastes of the present and future to the tradition. 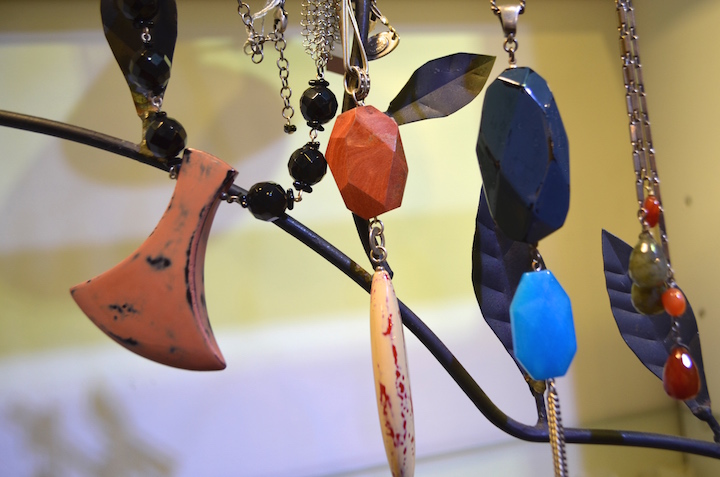 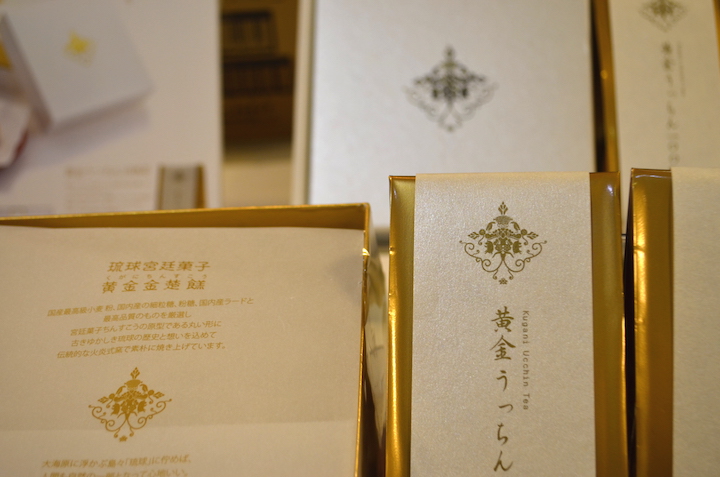 Everybody knows chinsuko as a popular souvenir from Okinawa.

They tried to bring the souvenir item back to the original taste to live up to what it is called as a traditional sweets.  Aiming at “taste impressing people,” they examined ingredients and manufacture process from scratch.  They came up with using wheat from Kagawa Prefecture, baking in a traditional ignited kiln, and wrapping with a symbol illustrated from a motif associated with Okinawa.  “Kugani Chinsuko” changed chinsuko from just an ordinary present to an authentic gift. 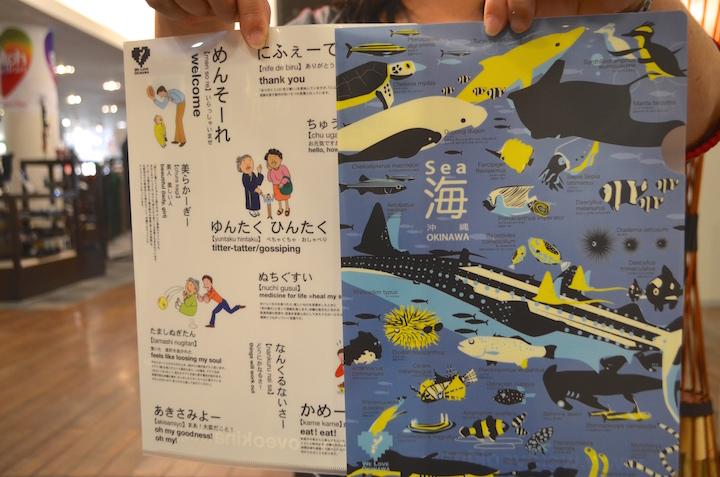 WE LOVE OKINAWA is a product convenient in your everyday life, which is created by cutting and using a visual art showing “characteristics of Okinawa.”
Thin, light clear file folders became a nifty idea souvenir. 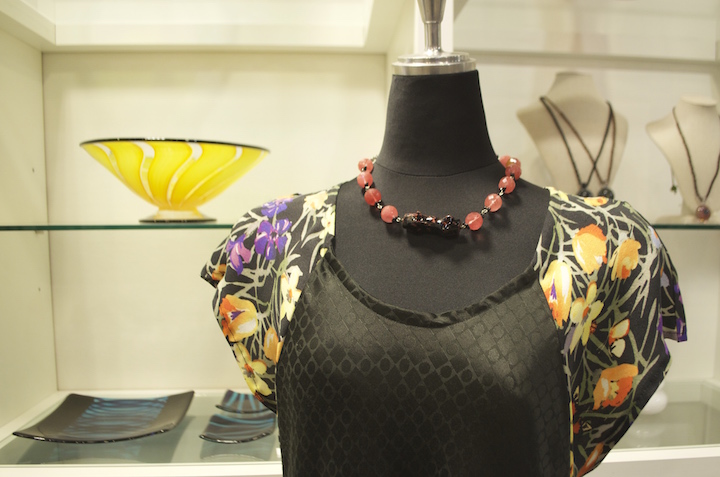 Not only the original products, but Flagship OKINAWA actively work on a new challenge.

As the shop deals in a wide variety genre of products such as cosmetic maker, apparel brand, food maker in Okinawa, it is a fun place just to look at. 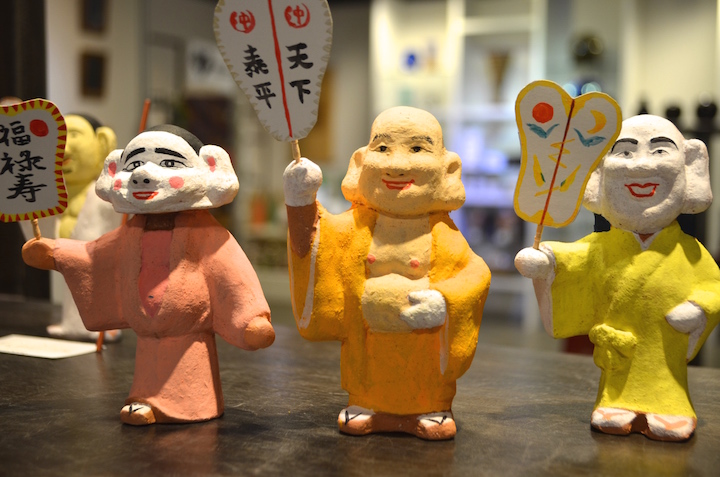 “Halenova” produces clay dolls such as miruku (Maitreya) with different costumes and expressions according to regions. 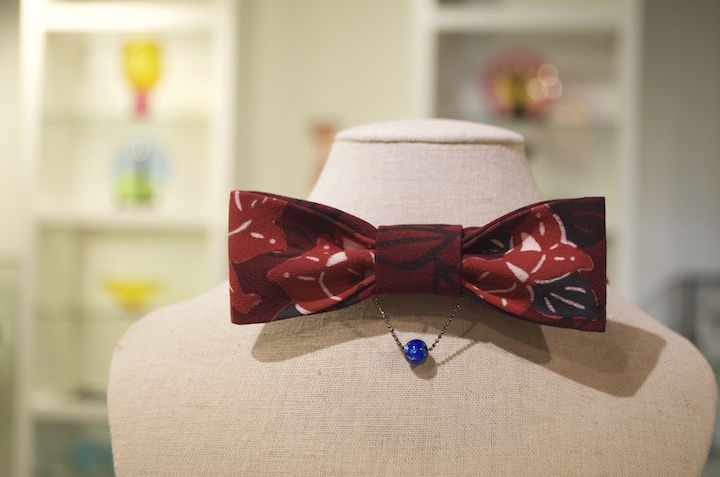 “HABERU” makes fancy bow ties using “bingata” which has rather Japanese-taste image and seems to be used in limited situations. 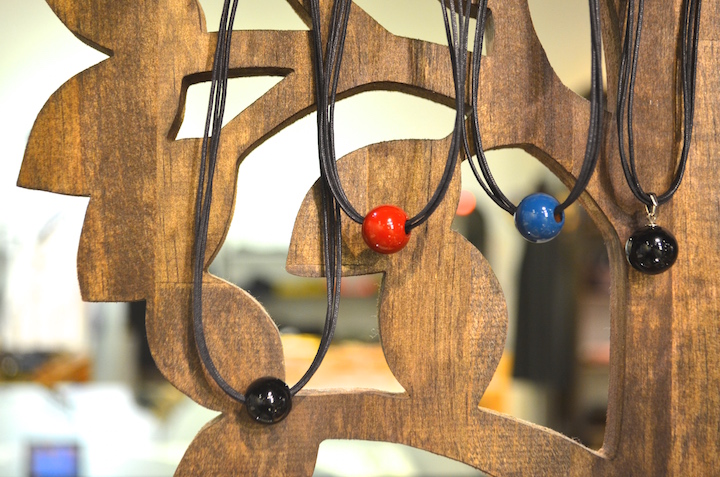 “Workshop Nuriton” changed the lacquer art into fashion parts which you can enjoy for everyday outfit. 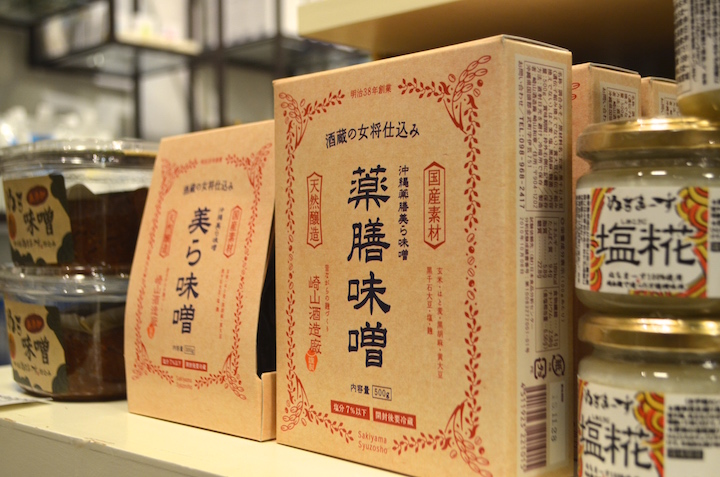 From fashion items to comfort food and Okinawa cosmetics, why don’t you experience new Okinawa through a variety genre of goods here? 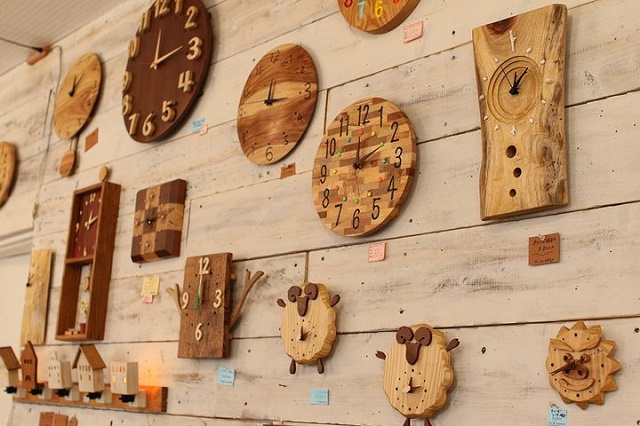 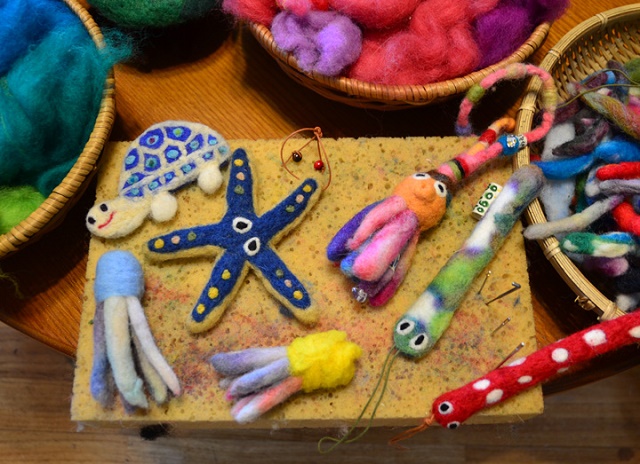 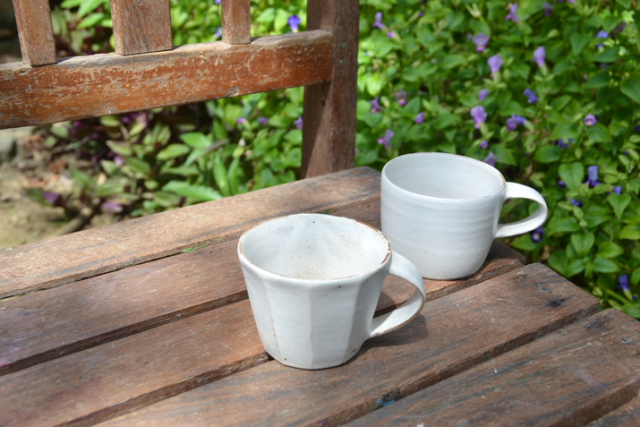 Yonaguni Island Warm Feeling Earthen wares made by a Family 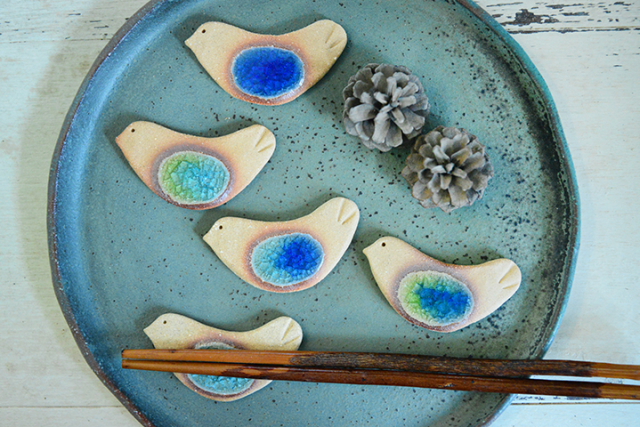 Porcelain Wares with Soft Colors and Forms by Studio Kotori 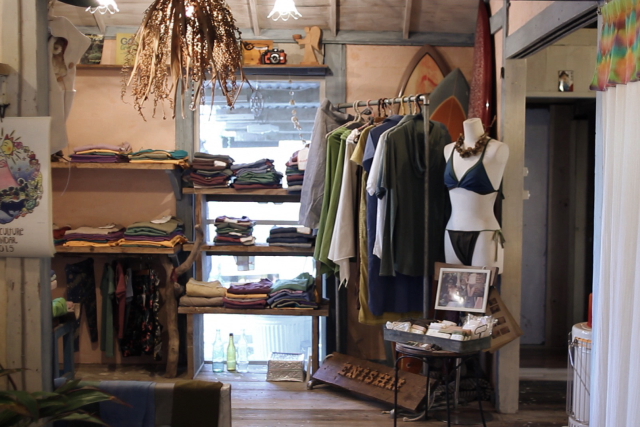