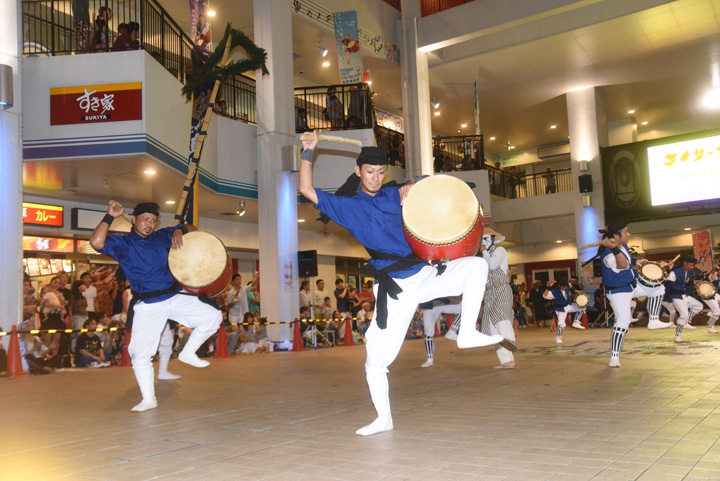 In the summer of Okinawa, you can enjoy “Eisa Night” on weekend nights.

Speaking of the feature of summer in Okinawa, everybody will think of eisa!   Originally the eisa dance is performed on July 13, 14 and 15 of the lunar calendar, but in Okinawa City, the mecca of eisa, an eisa event called “Eisa Night” is held in order for eisa fans throughout Japan and tourists to enjoy it almost every weekend from June to the mid-August.

The charm of the “Eisa Night” is that you can fully enjoy traditional eisa performed by active youth groups in Okinawa City and its neighboring cities, towns, and villages.  And on top of that, on a week-to-week rotating basis, you can enjoy performances by a different combination of several eisa groups. 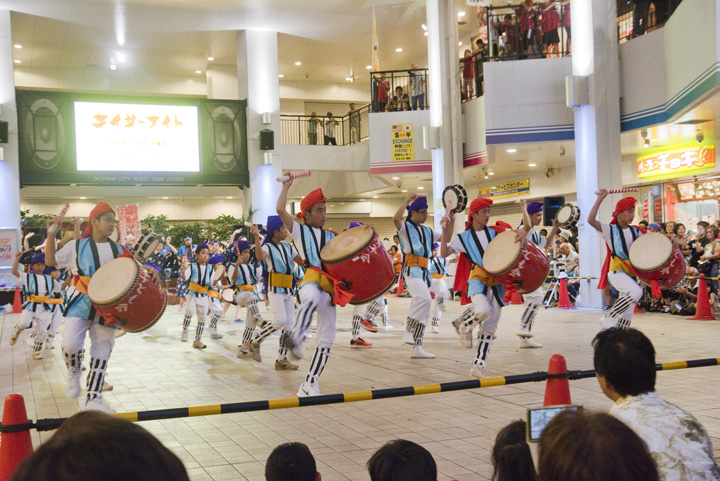 It is cool that the performance by Sonda Children’s Group is exactly the same as that by the youth group. 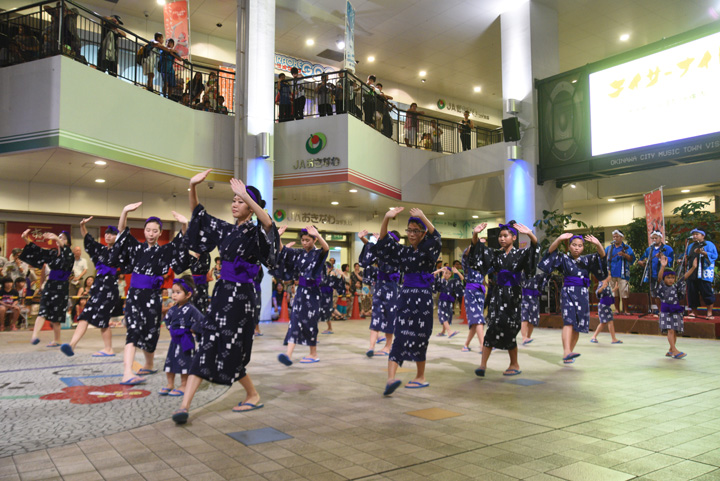 The first group was Sonda Children Group in Okinawa City.  Sonda is famous as one of the representative youth eisa in Okinawa City, but children’s group including elementary and junior high school students follow the same style as in the youth group such as costume, songs, how to beat the drums, and how to dance teodori.  As you watch the children’s performance, they seem to look exactly like how the youth group dance bravely.  The president of the group, Ikemura-kun (2nd grade of Junior high) said, “I am happy if tourists are impressed by our fighting spirit in the performance, which bring more participants in the event.  I think that will add more excitement to eisa.  I hope tourists can enjoy especially “Toshin dooi” at the climax.”  He made a handsome comment which puts adult to shame. 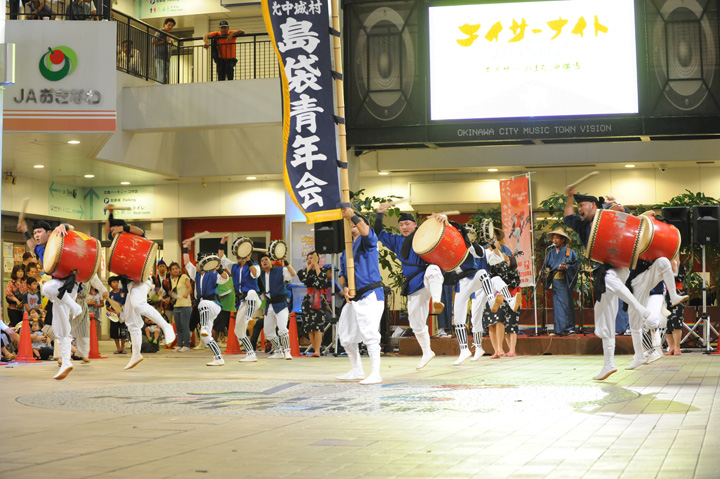 The second group was Shimabukuro Youth Group in Kitanakagusuku Village.  Kitanakagusuku, which is next to Okinawa City, can be considered as a home town of eisa because it became a stage for “Chunjun Nagari,” which is usually sung first at eisa performances.  The highlight of eisa by Shimabukuro Youth Group are the beating technique of shimedaiko (laced, hand-carried drum) and oodaiko (big barrel drum) as well as women’t teodori with properties in “Kudaka Manjunushu.” 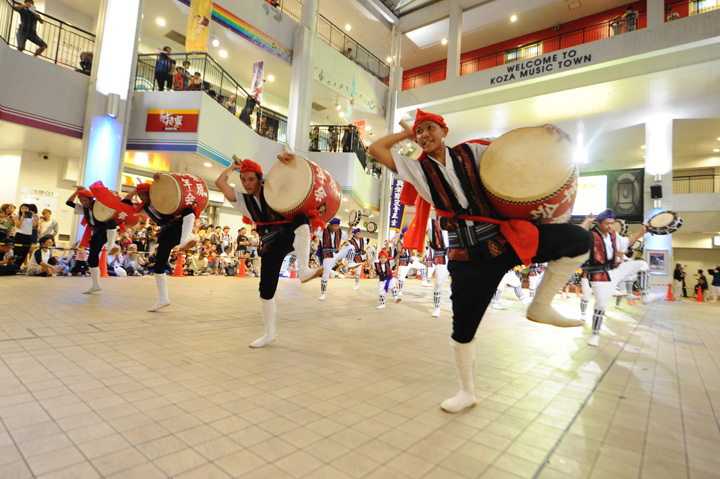 The next was Maehara Ward Youth Group in Ginowan City.  The eisa in Maehara Ward once stopped their activities, but they made a comeback in 2010.  As they got training on eisa movement from members of old Maehara Youth Group and Maeda Youth Group in Urasoe City, they created their own technique of beating drams and footsteps and developed into the present style.

Their dynamic way of beating drams is so cool!  This summer they are going to perform at “Hagoromo Festival” in Ginowan City as well. 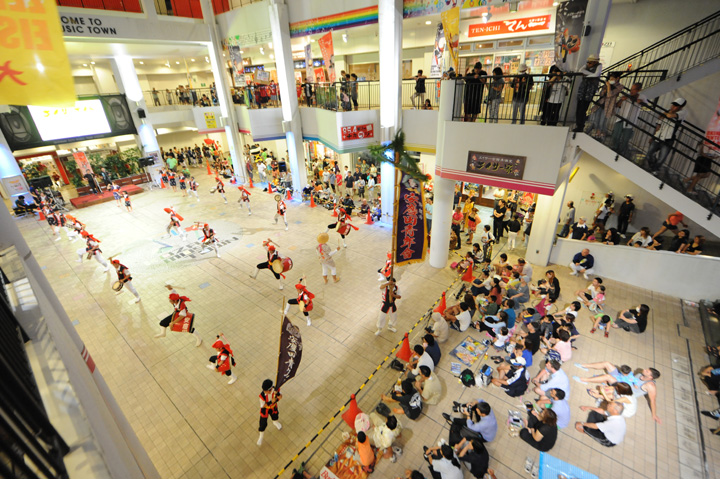 The last performance was by Ageda Youth Group.

Ageda Youth Group in Okinawa City had the honor of closing the event of the day.  In the early period of Taisho era, their eisa was mainly teodori, but around 1970, they mastered “Tenyo Bushi” and adopted “Ichubiguwa Bushi” from the neighbor, “Goeku Eisa Youth Group” and have their own present style now.  It is noteworthy that only Ageda Youth Group performs “Mimura Odori” in Okinawa City. 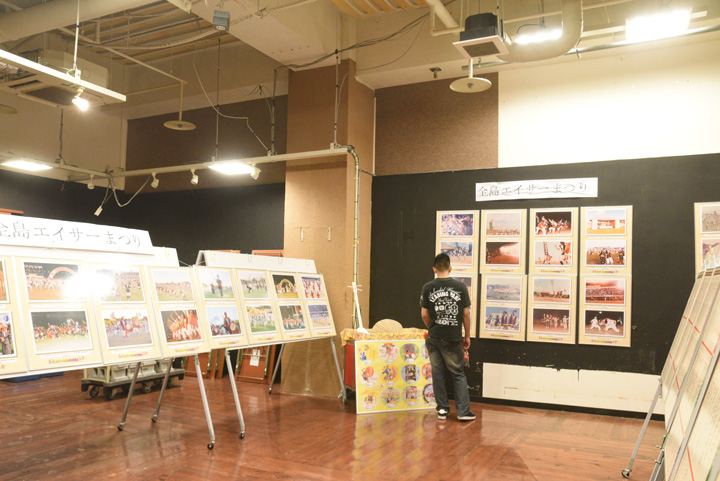 At the corner of Koza Music Town Music Plaza, “The Commemorative Exhibit of the 60th Okinawa Island-wide Eisa Festival” is held now.

Even only on that day, I could enjoy several characteristic eisa performances, but from now on, they have many more eisa groups’ performances on the waiting list.  Please come to see cool, powerful performances by Niiseetaa (young people) in Okinawa!  And on top of that, when the excitement of the “Eisa Night” reaches a peak, “Okinawa Island-wide Eisa Festival “ is held for three days from Friday, September 4 to Sunday, September 6!  I hope that you can enjoy the energetic, authentic eisa performance to your heart’s content in the mecca of eisa, Okinawa City!!! 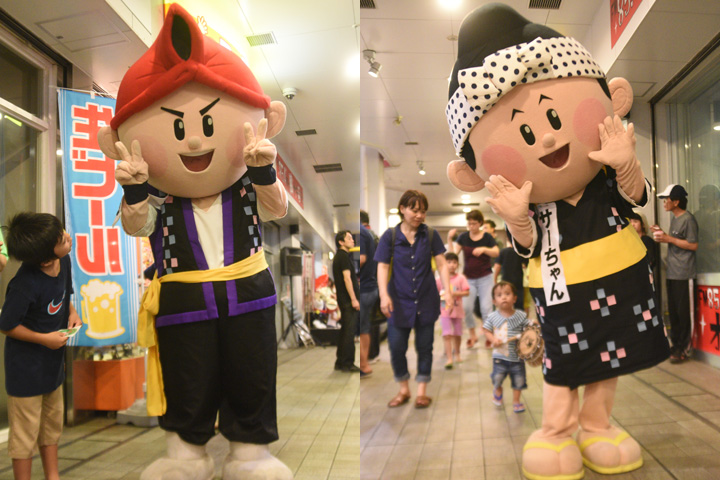 Related Information on “Eisa Night” (including the list of all participating groups, map information, etc.)
http://www.zentoeisa.com/news/n29.html 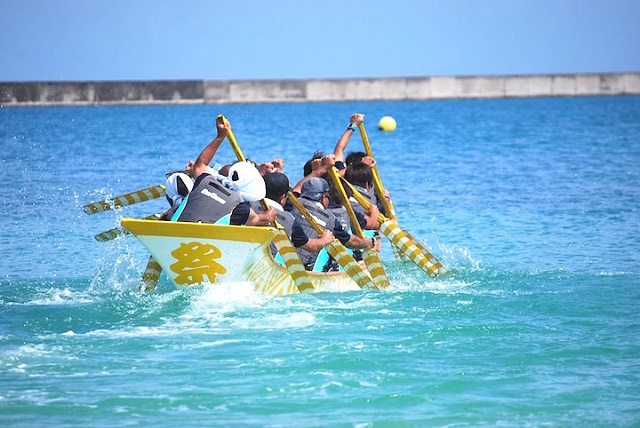 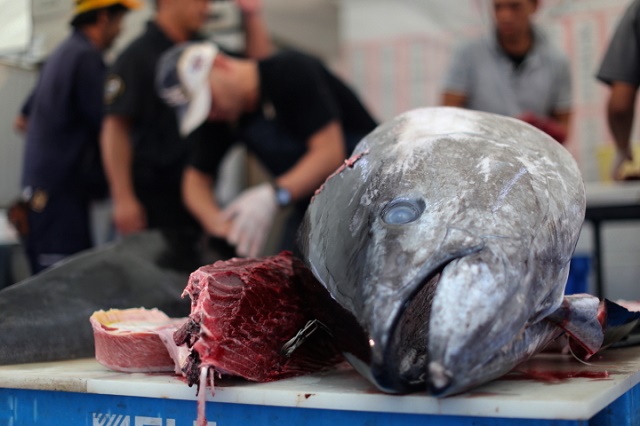 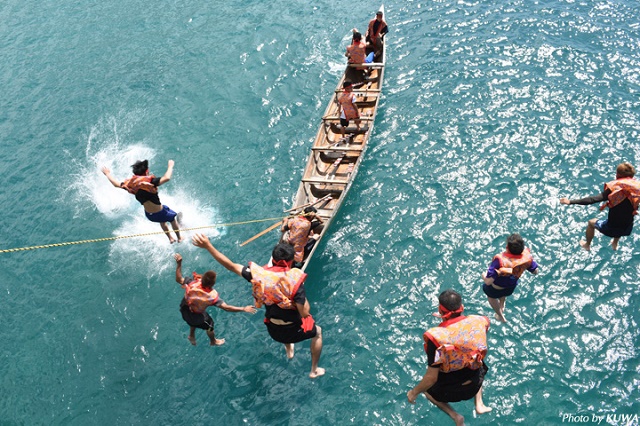 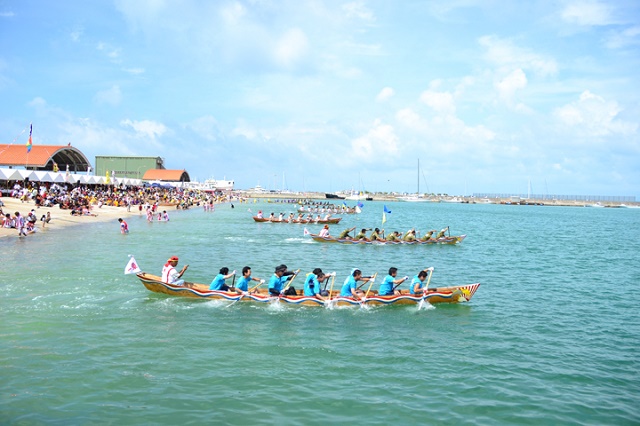 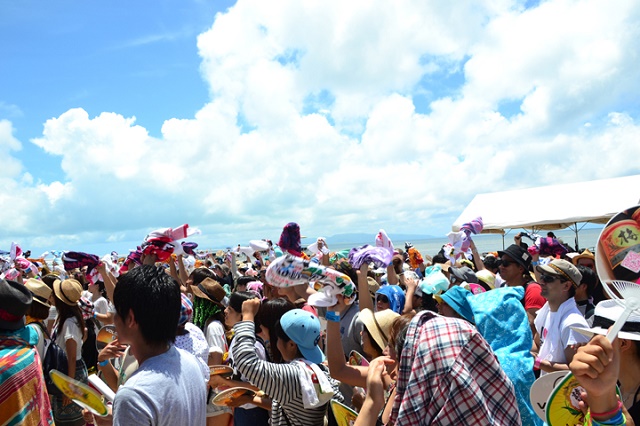