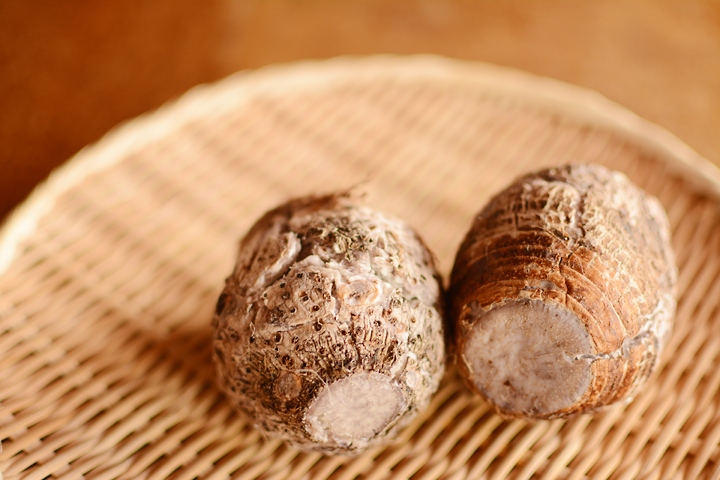 "Taimo," a type of taro, is called tanmu as well as tamu in Okinawa and is grown in paddy fields, not dry fields. Places blessed with springs like Ginowan City and Kin Town have the idyllic scenery of paddy fields spread out all around. When they are harvested, a lot of little, attached taimo buds come out too, so they are said to be a food of fertility. They have a sticky texture and after boiling it with the skin, there are many ways of preparing it: you can peel the skin and salt it, deep fry it as it is and top it with sugar and soy sauce, or make it into a croquette.
At yearly events in Okinawa (lunisolar New Year, Qingming Festival and Kyubon) it is an indispensable ingredient in “jubako” (tiered food box). 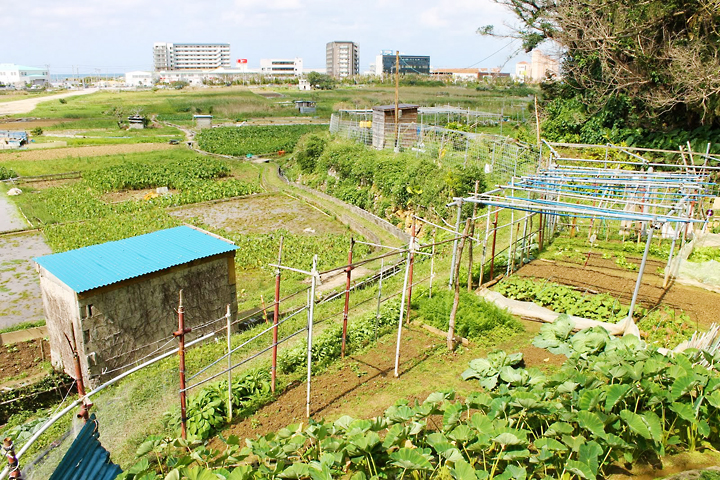 
Ukishima Garden is a restaurant in Naha that sells organic wine and island vegetables, and uses locally grown organic ingredients that are free of pesticides and chemical fertilizers. Blessed by nature, their cooking fills your life with delight.
The taimo are gotten direct from organic farmers in Oyama, Ginowan City.
The taimo dish we will introduce to you is called “Duruten”, and it is made from taimo carefully grown in clear, pure water. 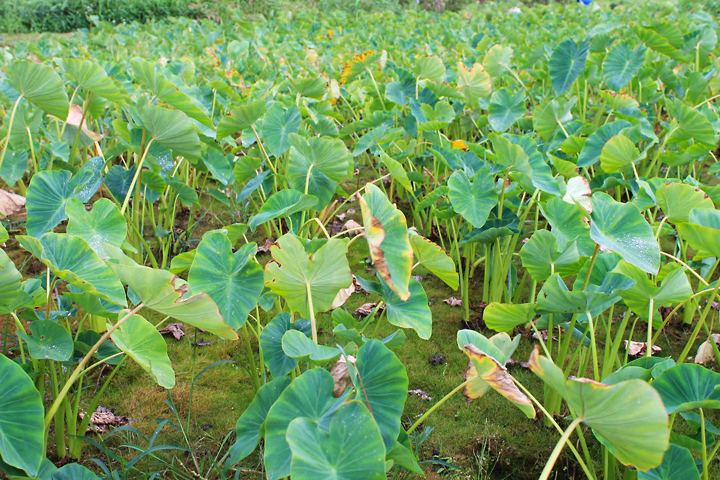 Naoko Nanasone, a food designer at Ukishima Garden, showed us how to make this recipe. Her dishes will make you happy because she creates them with a wonderful smile. 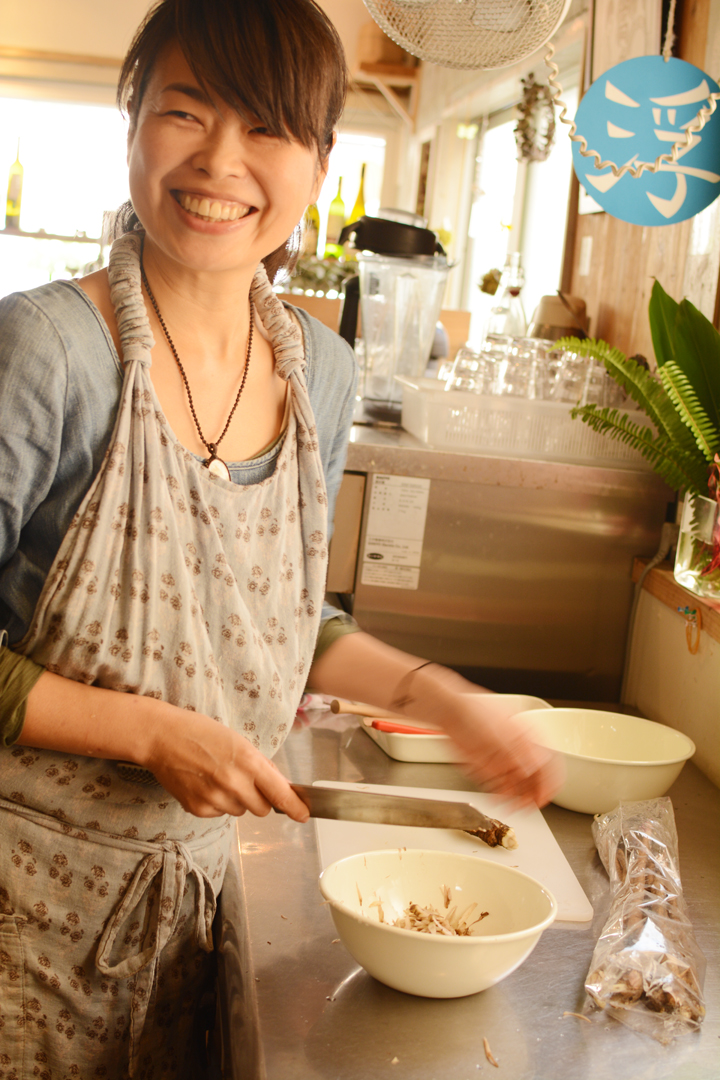 Taking boiled taimo, adding in the soft boiled stems of taimo, dried shiitake mushrooms and carrots, and kneading it with broth is called "duru wakashi", and it is eaten on important occasions in Okinawa. The "duruten" when you form and fry it as is was first made in a restaurant in Sakaemachi, Naha called “Urizun”.


In normal duruten, you can add whatever you like, for example pork or fish paste, but the duruten at Ukishima Garden doesn't use pork and is made only with vegetables.


One of the reasons for its deliciousness is that the taimo is first smoked with wood chips from cherry and banyan trees, mixed with almonds that pair well with the smoked taste and then fried.


“Smoked taimo duruten” can be paired with organic wine for a good time.
The recipe that will be shown can be made at home easily without using smoked taimo and using boiled taimo instead.
For the smoky flavored duruten, please go to Ukishima Garden and try it there. 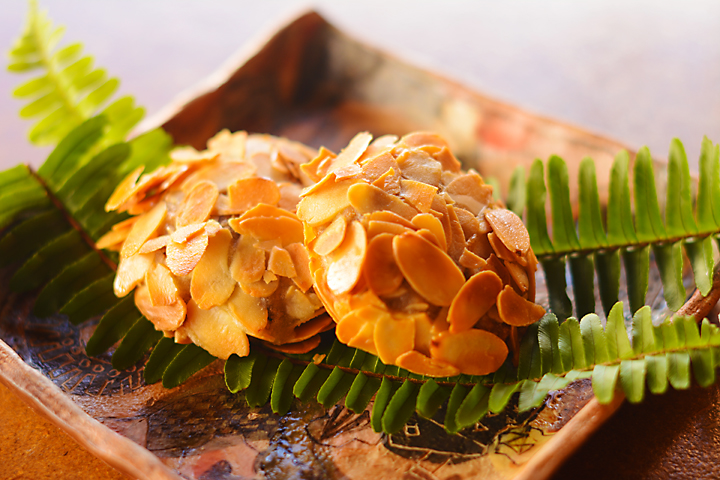 Directions:
1. Stir fry the taimo stems (or burdock root) well in an oiled frying pan, then add the carrot, and dash salt in (from the teaspoon) while continuing to stir fry. 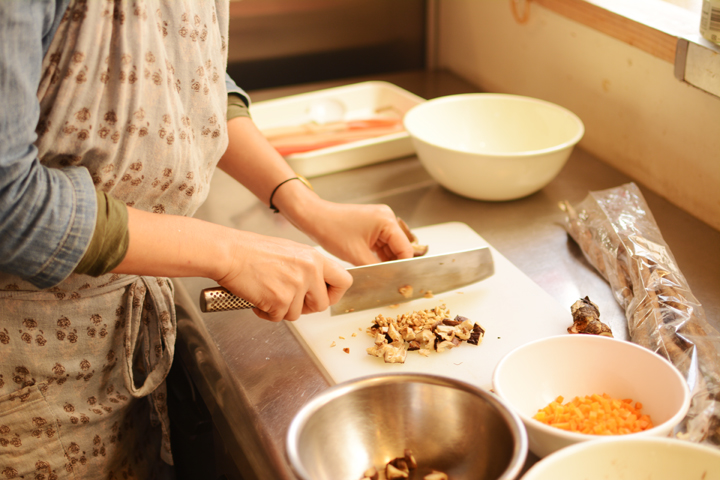 2. Add the broth, taimo and dried shiitake mushrooms to ingredients in step 1 and put on high heat until boiling. 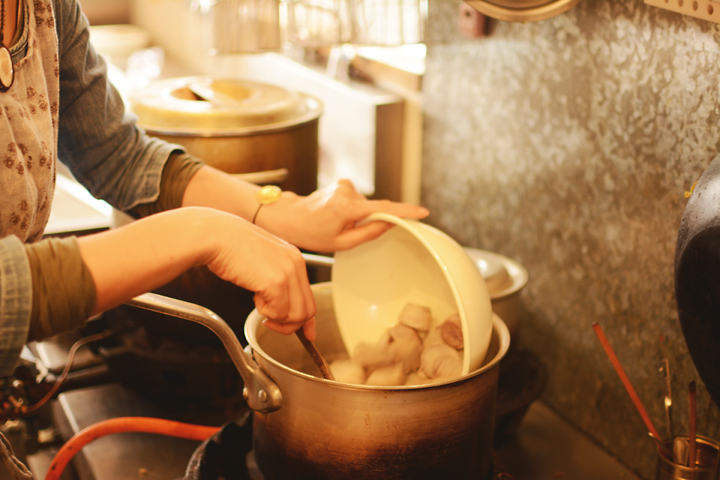 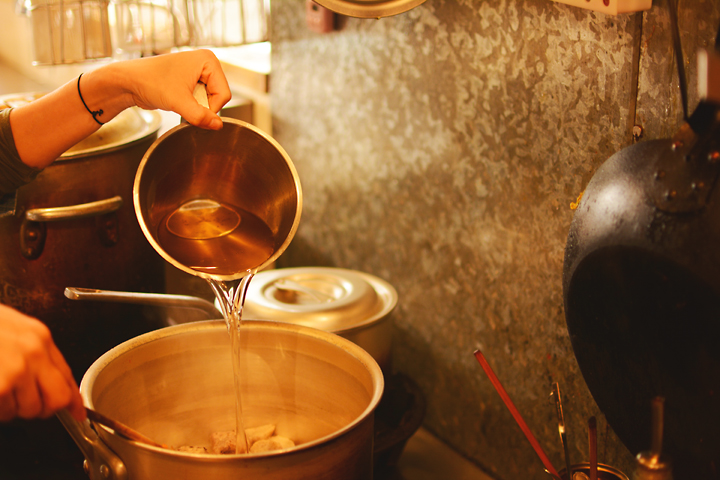 3. Simmer the taimo while mashing the taimo until the lumps are gone, then knead it until it becomes sticky 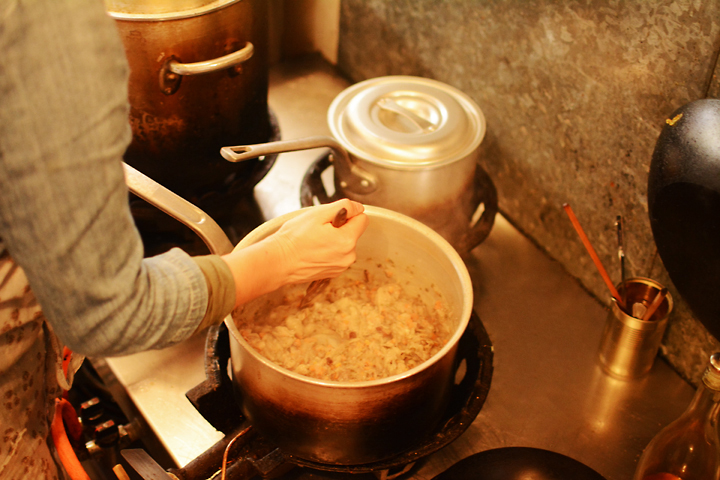 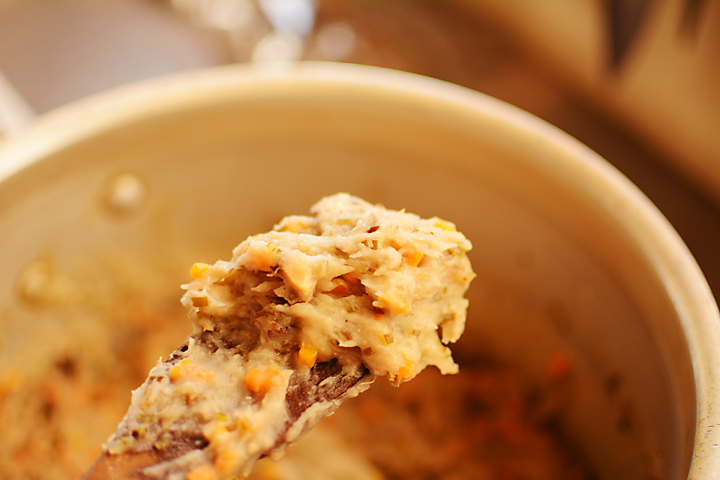 4. Moisten your hands, and form the mixture in round shapes into the size of your choosing, dip it in the batter 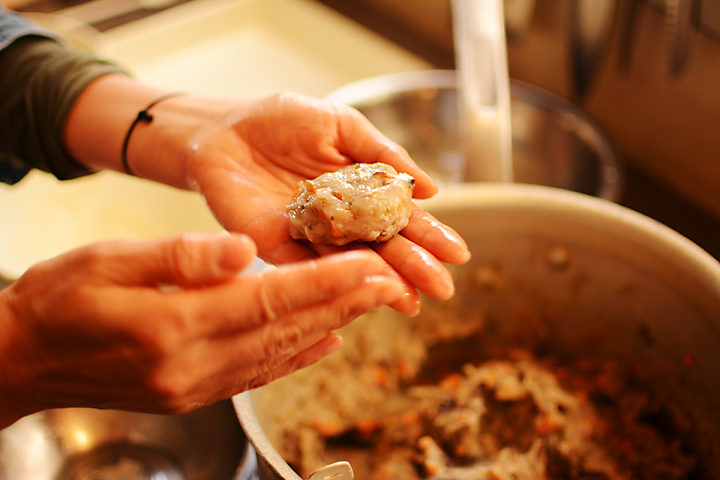 Cover with almonds and form it into a discus shape 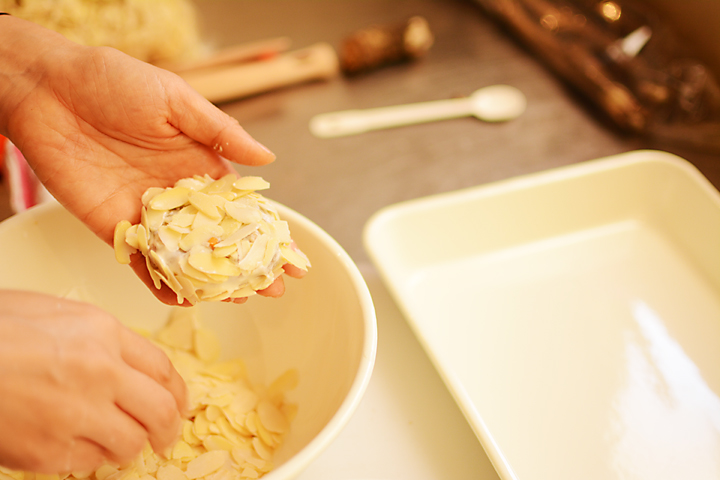 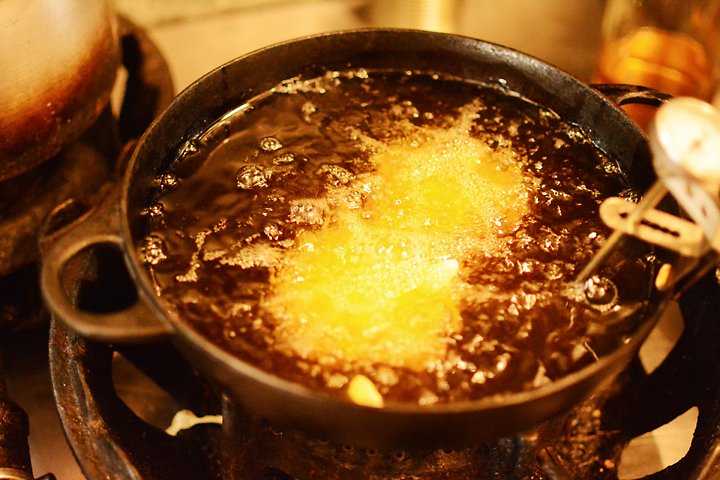 When the almond has a good color, drain it of oil and plate it and then you are done. 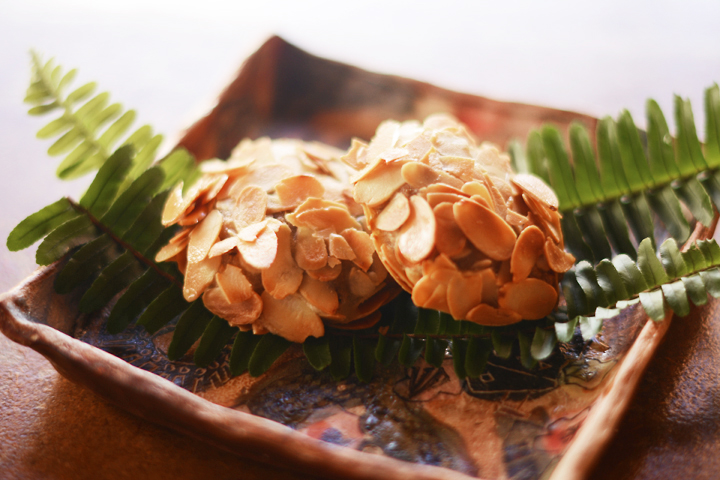 “Ukishima Garden Duruten”, where the scent of hot and fragrant almonds and broth wafts around from the delicious “duru wakashi”


Please try it at home. 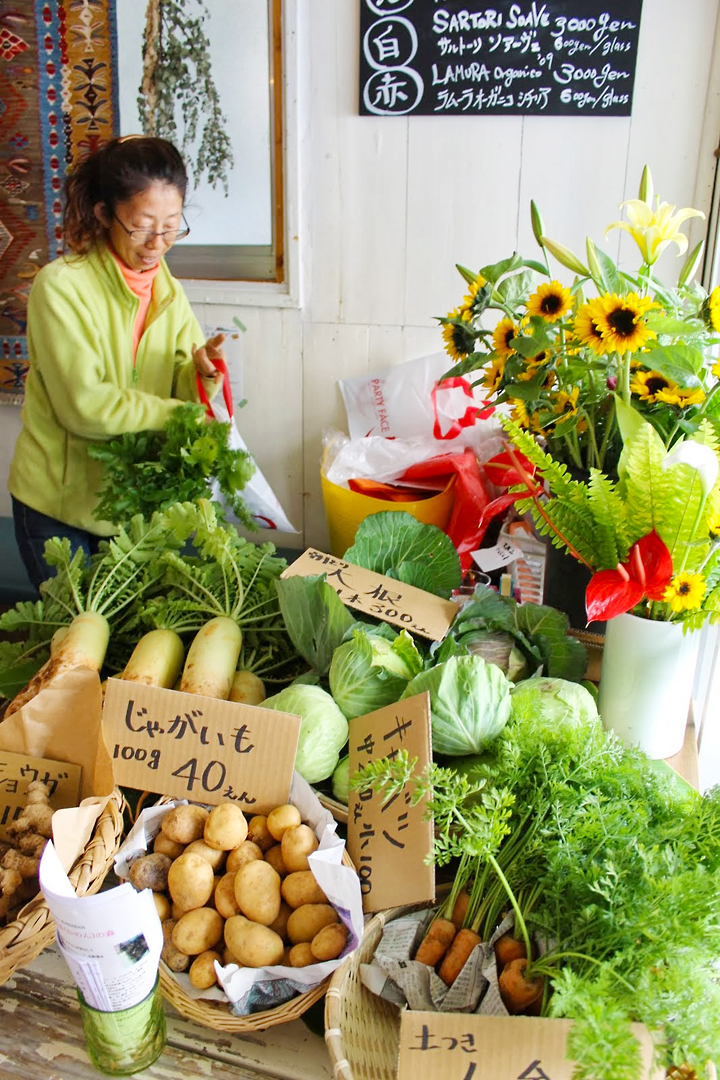 ＊＊＊＊＊＊＊＊＊＊＊＊＊＊＊＊＊＊＊＊＊＊＊＊＊＊
Event Information
Every Month “Lets make Ukishima Garden Dishes at Home!”
This month was coincidentally traditional cuisine using taimo!
Please take advantage of this opportunity.
16th (Sun) 9:30am-12:30pm
Duruwakashi & Duruten, Taimo (Tanmu) pie
19th (Weds) 7:30pm-9:00pm
Juicy rice using taimo and taimo sweets
"Harusa's Market"
On the 2nd Sunday of every month, when Harusa's Market takes place, farmer's who grow without using chemical fertilizers or pesticides bring their vegetables to Ukishima Garden to sell them wholesale.
Outside of buying vegetables from farmers, there is a place like a cafeteria where menu items are lined up on the counter and you can choose whatever you like.
On April 20th Earth Day Okinawa and the market are taking place at the same time.
There will be workshops, live music and you also buy earth friendly products!
Hang out with your friends and family and you can plan enough fun to fill the day.
For more details on various events, check out the blog♪
Ukishima Garden Blog
http://ukishima.ti-da.net/
Ukishima Garden Naoko Nakasone
＊＊＊＊＊＊＊＊＊＊＊＊＊＊＊＊＊＊＊＊＊＊＊＊＊＊ 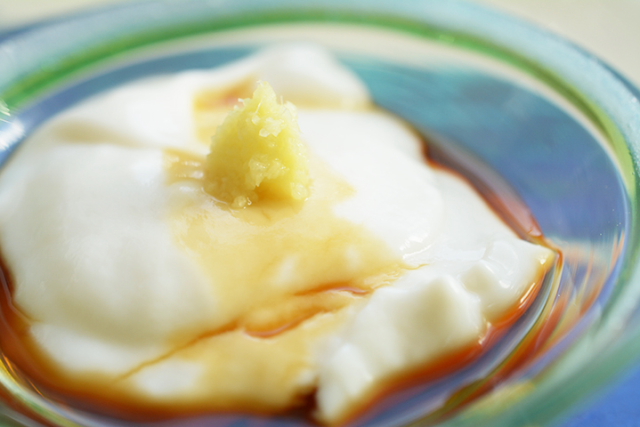 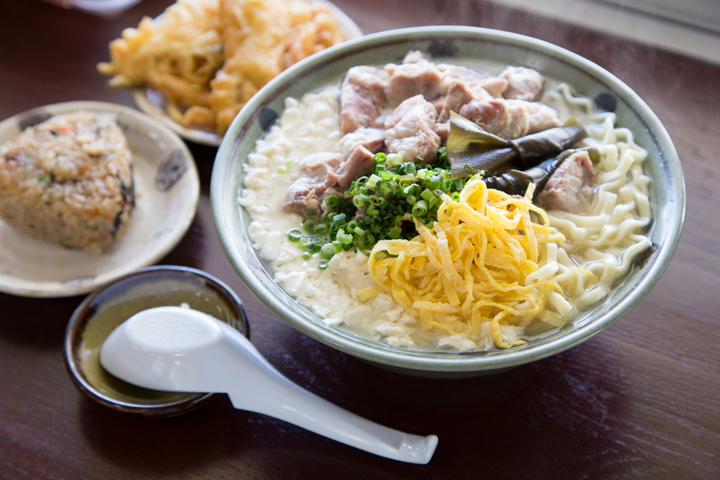 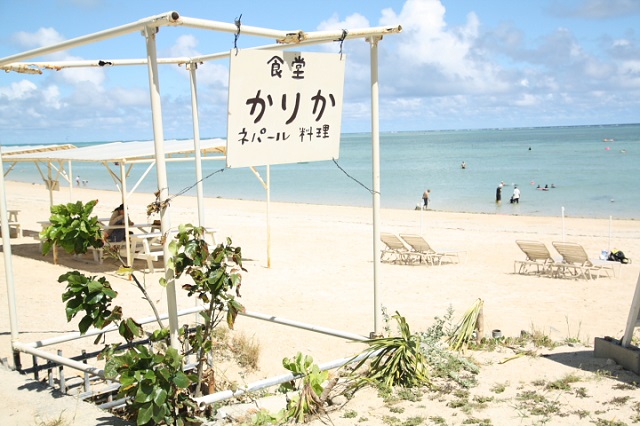 Seats on the Beach. Shokudo Karika Where You Want to Take It Easy 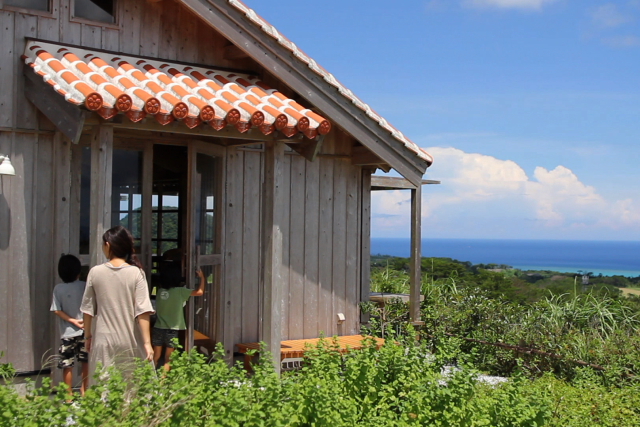 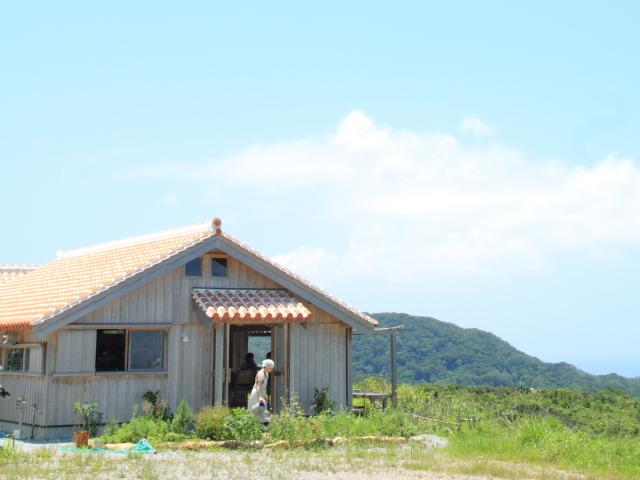 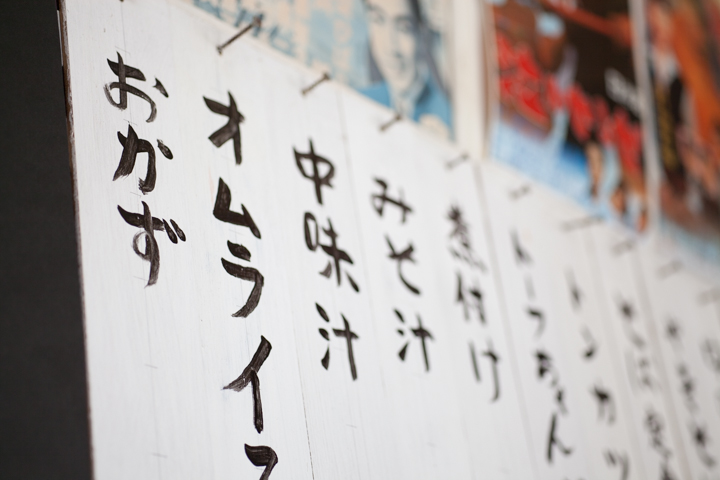