French Toast Flying in the Sky Over Sezoko Island 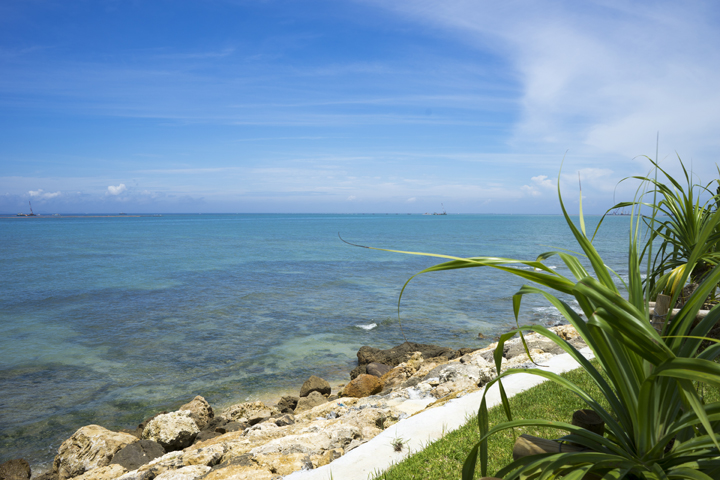 Senaga Island is the nearest resort island from the airport, which you can reach in just a 10-minute car ride from Naha Airpot.
This area has been gaining popularity because “Outlet Mall Ashibina” and rent-a-car shops are nearby.

An accommodation “Ryukyu Onsen Senagajima Hotel” was open in 2013.  In addition, The resort development has been built such as a clean, beautiful park, etc. 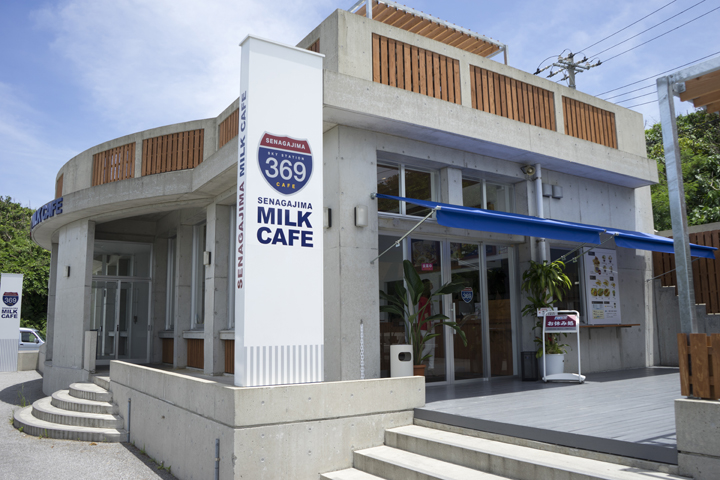 A shop I would like to introduce you today is a café “Senagajima 369 Café,” which is managed by “Ryukyu Onsen Senagajima Hotel.”  French toasts are highly recommended from this café.

The logo was designed with the image of a traffic sign.  As all the products are made using milk (“Milk” is pronounced “miruku” in Japanese.) and that sounds tender, they decided to use the number “369 (It can be pronounced “miroku”),” which sounds similar to “milk. 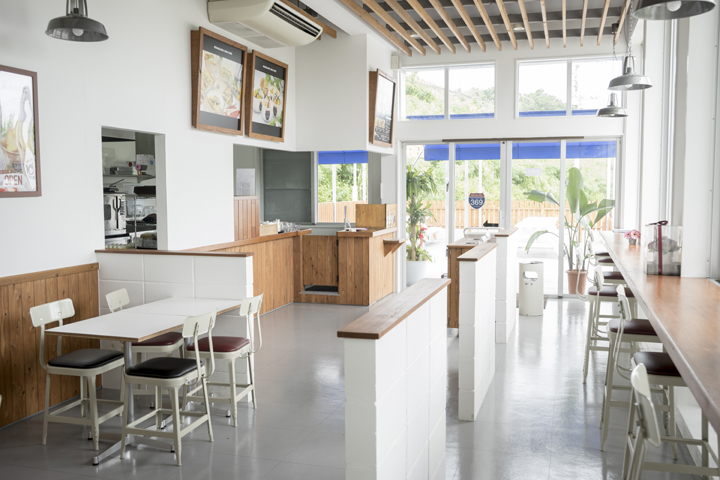 The café has an eat-in space and terrace seats.  On the outside terrace, you can enjoy the food while watching an airplane taking off and landing. 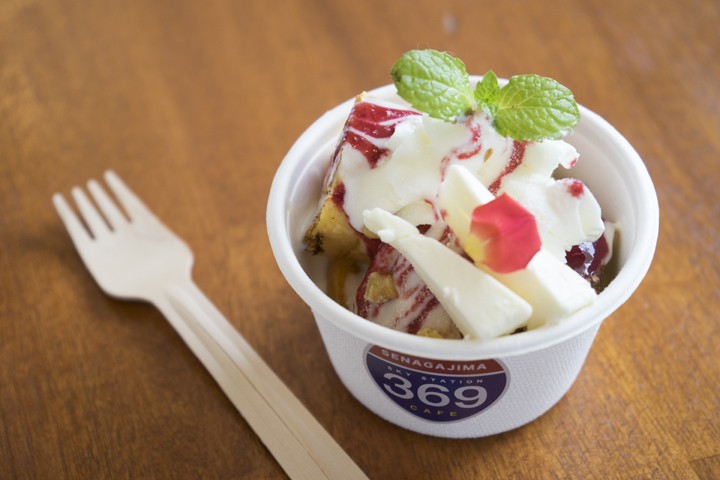 Menu items provided at the café are originated by a pastry chef from the hotel, which is why, they are high quality.
“Milk Cheese French” is a combination of rare cheese made with cream cheese, berry sauce, and special milk jam.
Milk jam seasoned with shiikuwasa (Okinawan lime) juice tastes sour and delicious. 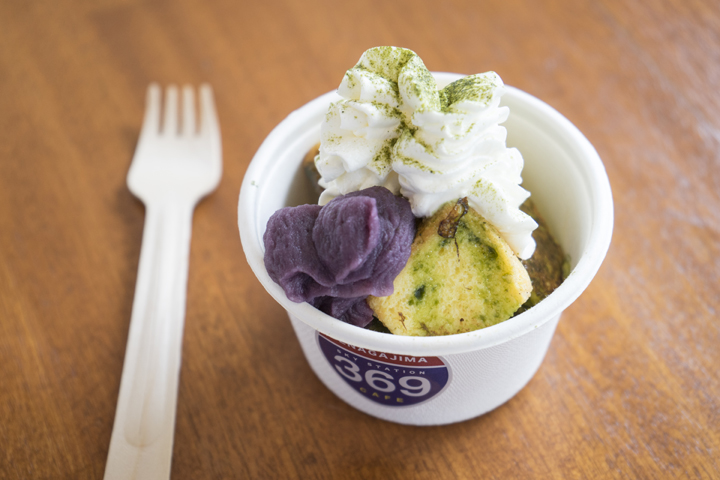 The pastry chef had been wondering what ingredient would go perfectly well with Okinawan beniimo (purple-colored sweet potato) and finally created “Beniimo & Maccha (green powdered tea) French” by trial and error.
The best matching of beniimo and maccha has been well received by tourists. 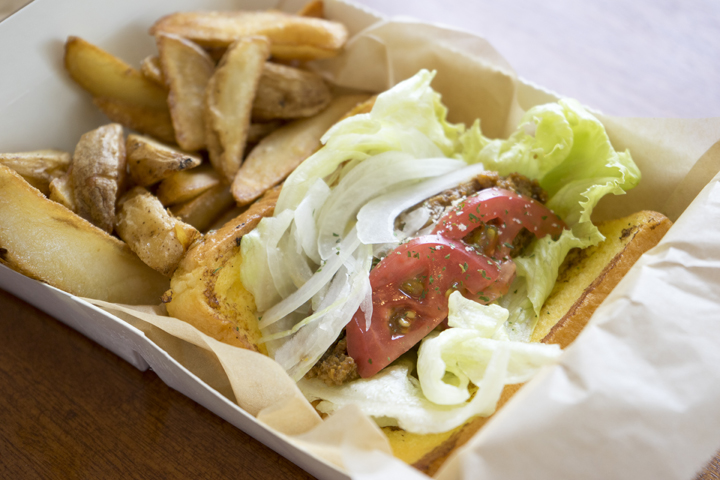 The above photo shows “Taco Meat French” with French fries (side dish).
Tomatoes and onions give a kick to ordinary tacos food using ground meat to produce a new texture of delicious tacos food.

“Tuna Salad French” in the same series of menus contains plenty of tuna, and has been enjoying a good reputation. 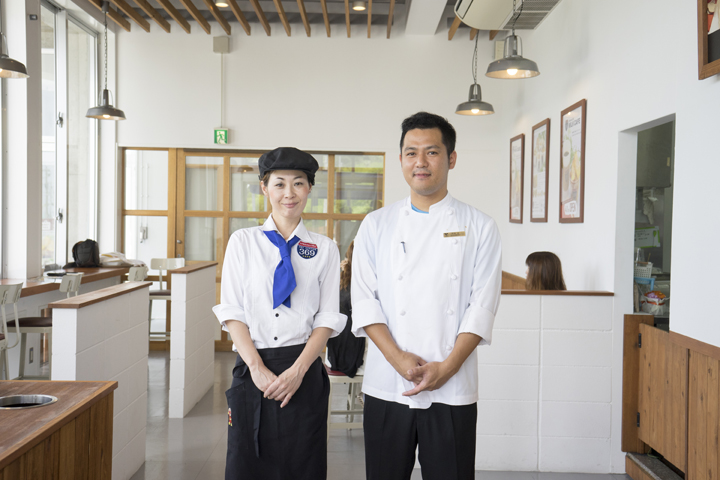 The above photo shows a staff member, Keiko San (shown on the left in the picture) and the pastry chef, Kishimoto San.

Here I just introduced French toast menu items which are sold only for take-out, but you can have “Egg Benedict” and “Vegetable Plate” at the eat-in space.

Since the café is conveniently located near the airport, you would like to use it as an entrance of sightseeing in Okinawa or a place of memory on the way back to the airport. 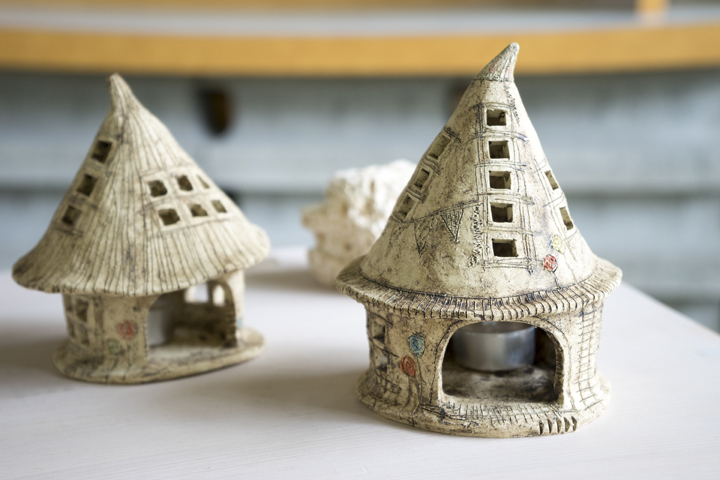 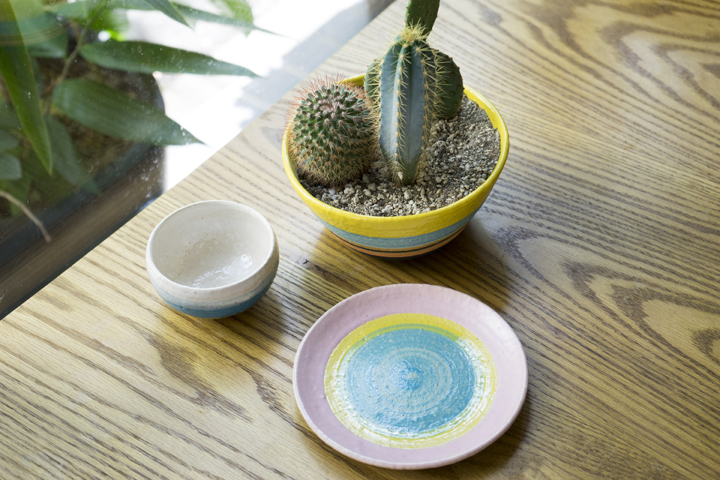 Souvenirs that Everybody Can Use in Daily Lives 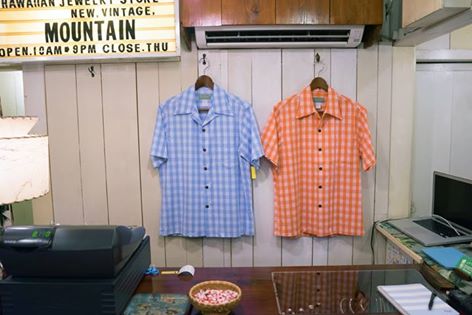 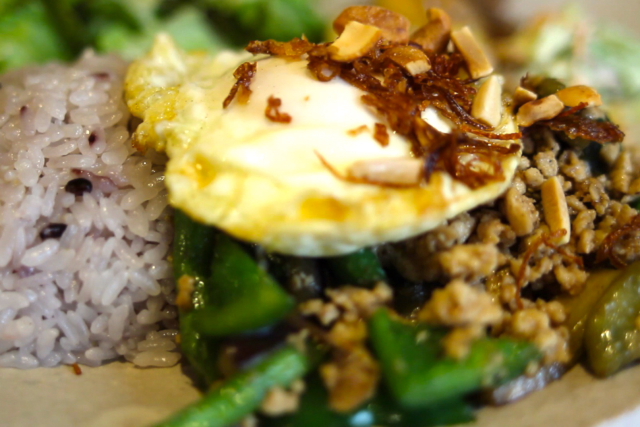 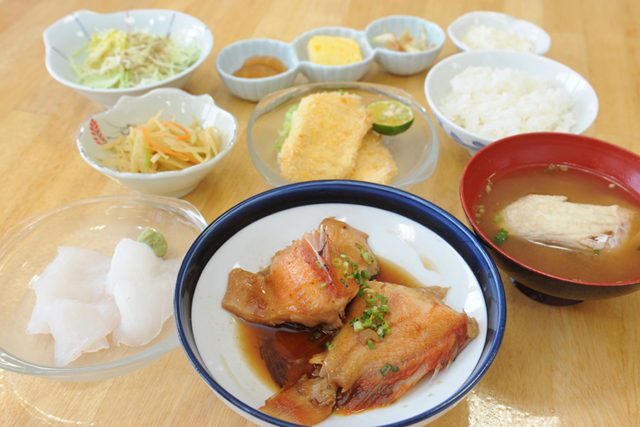 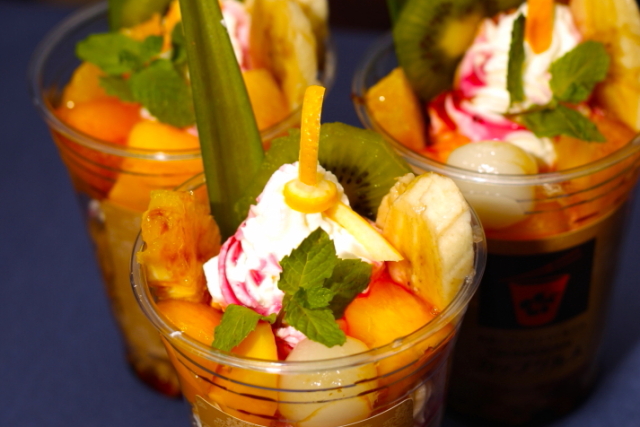 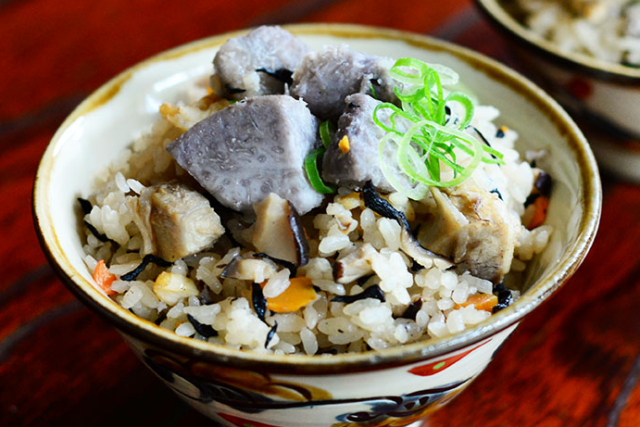 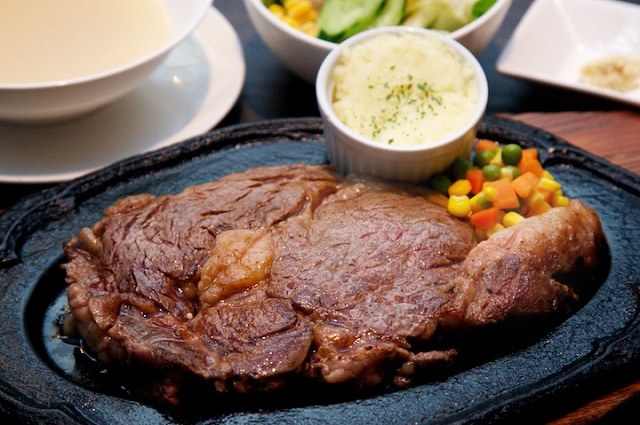 A Long-established Restaurant in Okinawa, Where You Can Savor Jumbo American Steak While Looking Over Nakagusuku Bay