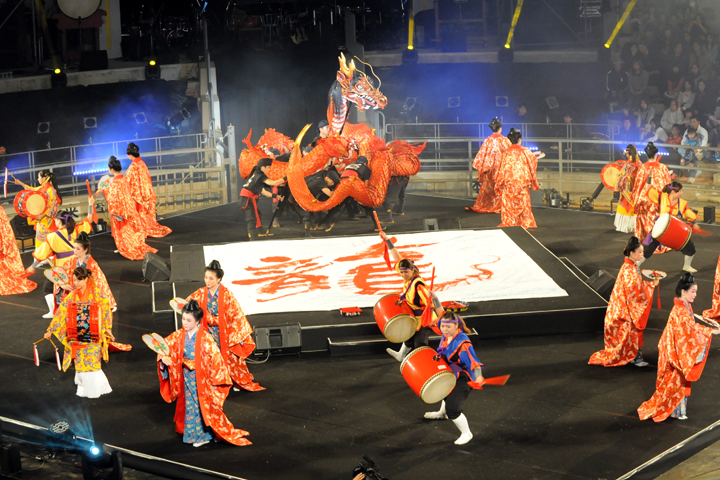 Okinawa offers a remarkable event of “Winter Great Entertainment”!
It is “Ryujin no Utage 14 ～ Uruma Festival of Sparkles”.
This is a superb stage of Okinawan performing arts that absolutely satisfies the audience.
With a full house at the Ishikawa Multipurpose Dome in Uruma City this year, the event was held on Sunday, December 14! 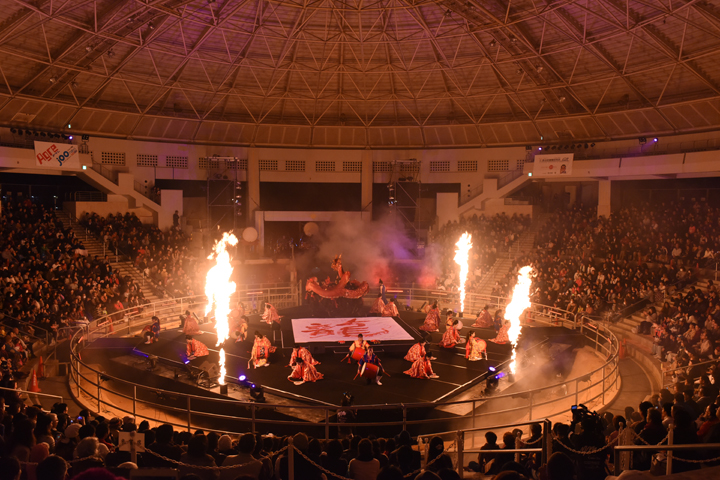 First the venue itself is very unique.  It is usually used for bull-fighting, and the circular seats were designed to ensure that the entire audience can see the stage from every angle. 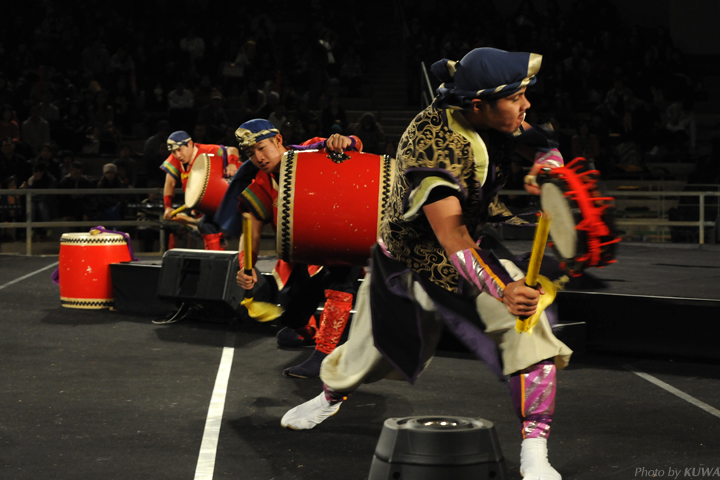 On the event day, I witnessed a long line even two hours before the festival started.
The pre-event held from the door opening time till the event starting time was also striking.
For example, the Eisa section of the Lequios Performing Arts Club, the winner of the WORLDWIDE EISA FESTIVAL performed their dynamic eisa (a traditional Okinawan folk dance), local performing arts group danced, and many more to keep your attention! 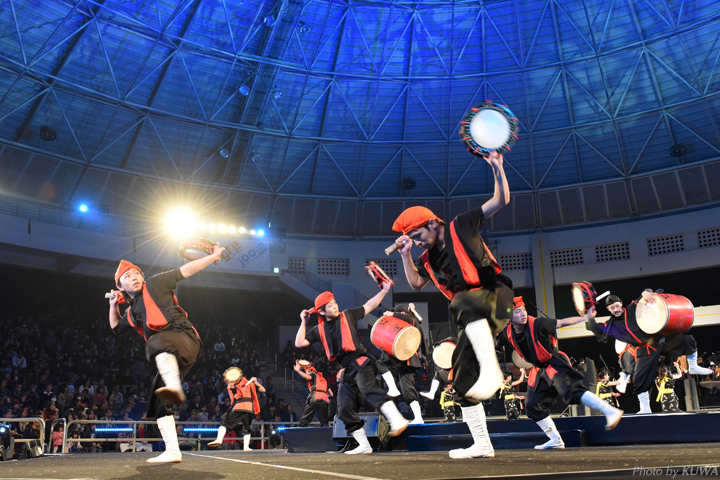 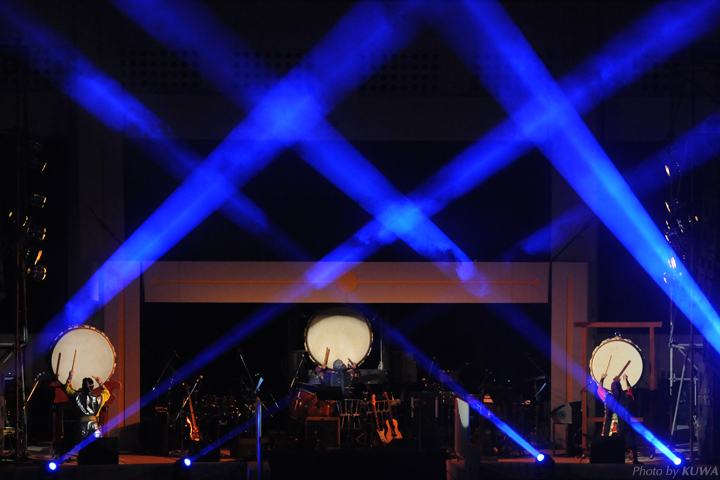 The Ryujin no Utage started with an appearance of a chirographer, Ms. Shusui Taba.  At the center of the stage, she drew a character of “Ryu (Dragon)” in red with a large calligraphy brush.

“With the image of Uruma as an island of coral, I imagined that I had created the red dragon and the dragon god would stay with us.  I wished the dragon power would shower on everybody in the hall!  I wished everybody the further development!”
She put the wishes into the character. 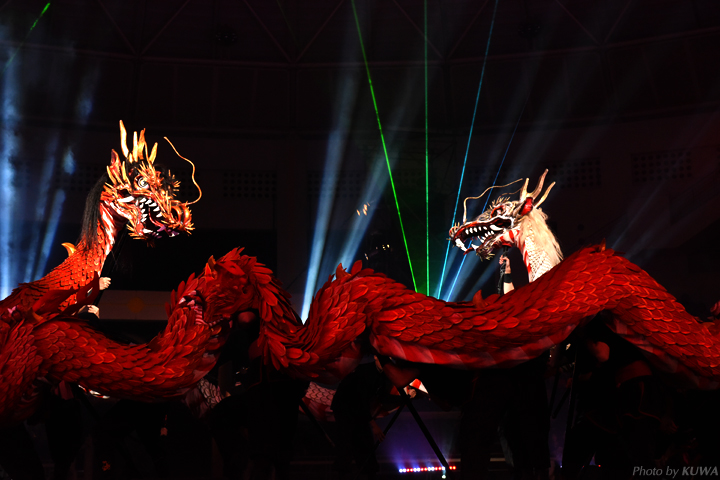 Then, the main character, red dragons of “Dragon God Legend” appeared with their tails coiled up!  The dragons danced freely around the stage as if they had been alive.  What a dynamic performance it was! 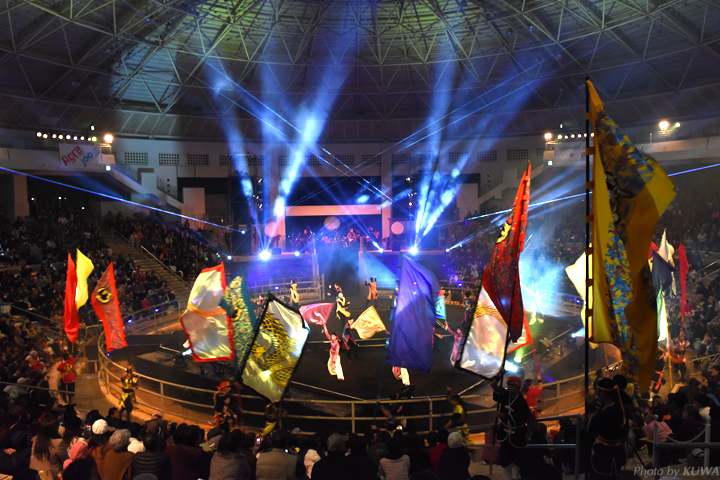 Sometimes dragons flew over fences to fly through the audience seats briskly.  The staff used the whole stage to express the movement of the dragons as well as flame going up from the stage, and the laser beam-like lighting were very gorgeous. 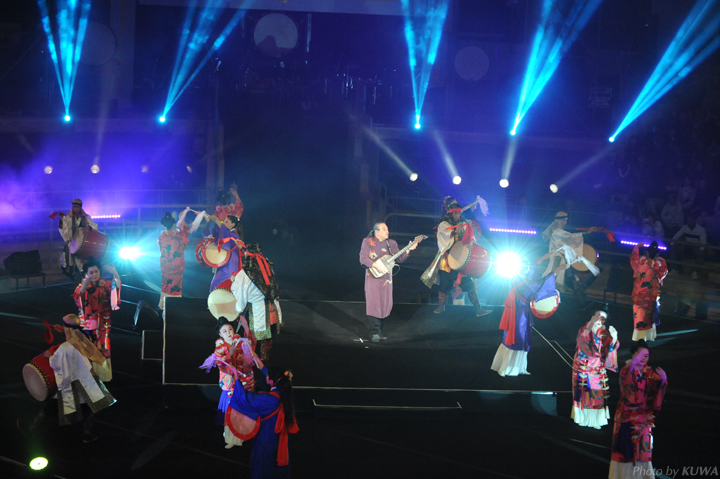 Anyway, the most interesting part is that 20 groups of artists and performing arts groups jammed together beyond genre borders.  This is the best part of the Ryujin no Utage. 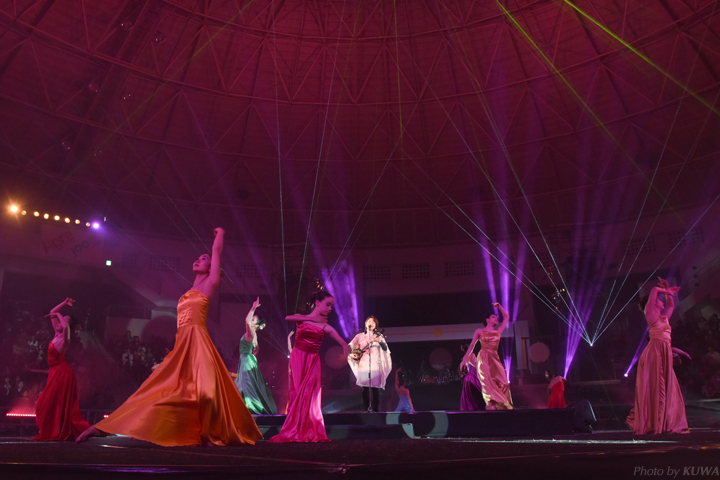 “Special Session for Only One Night” is one of the highlights, such as a collaboration of a violinist, ARIA and the dragons from Dragon God Legend, the performance of a traditional performing arts, the Ryukyu Dance and a very popular creative eisa group, Ryukyukoku Matsuri Daiko.

In the second half of the stage performance, Chiaki, a vocal of Shakari sang one of their popular songs “Yuimaaru” with all her heart in collaboration with the performance of ballerinas. 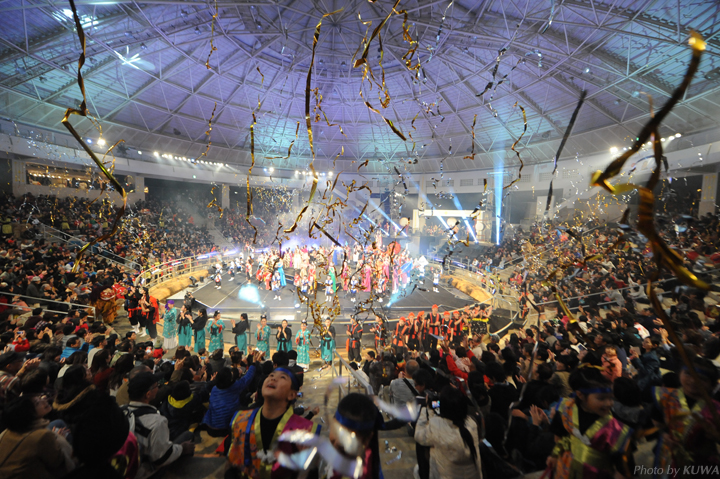 The whole of the Ryujin no Utage is so magnetic like a grand suite.  When the vibe reached a climax, the audience enjoyed the grand finale.

All the stage performance were worth watching, so the audience shouted "Encore!"
It was a great stage to gorgeously express “All-around Entertainment of Okinawa,”which kept us interested until the very end.

The Ryujin no Utage is “My Strongly-recommended Winter Event in Okinawa”, which I would like you to watch it once!

*Event Date: Around the mid December every year
(Please check it on the official website!) 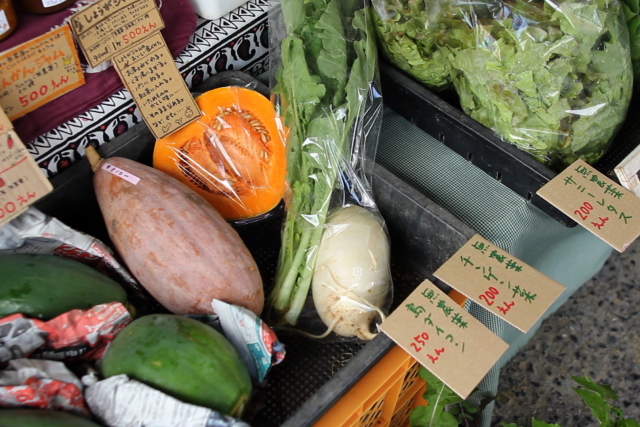 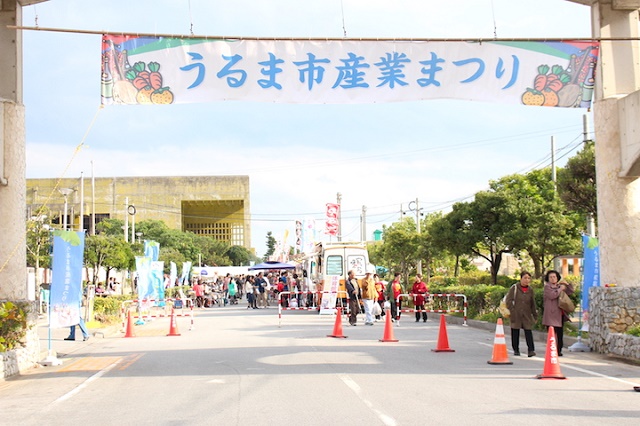 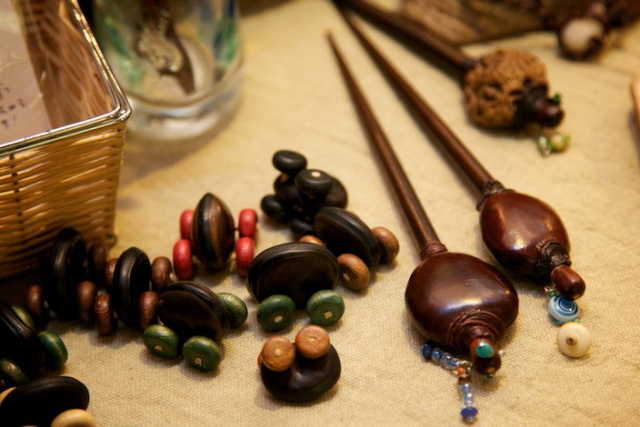 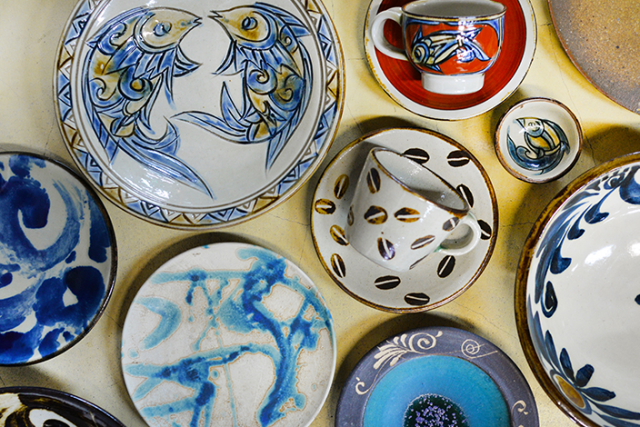 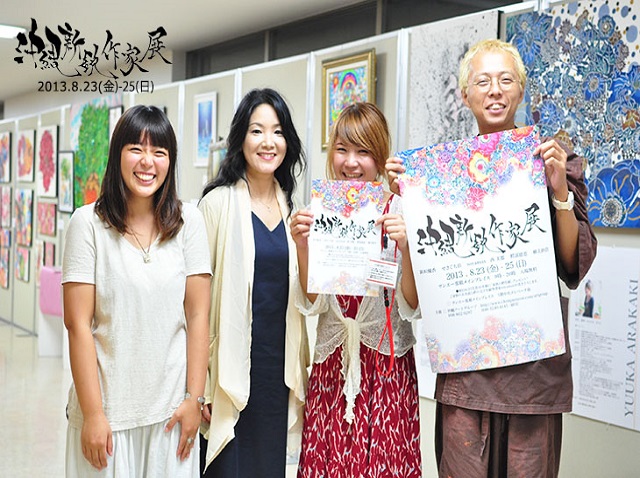