“I became fascinated with Kakigori (shaved ice) and traveled across the country for them.” 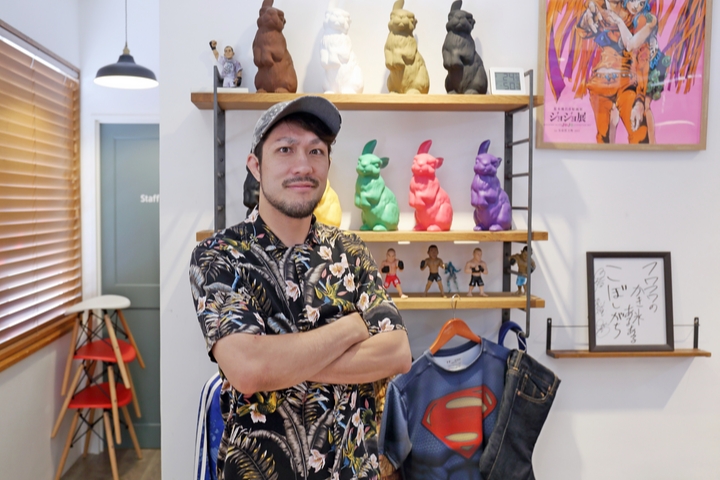 With a warm smile and a twinkle in his eyes, Tatsuya Sou told me about his passion. Interestingly, he’s not just a café owner, but also an active mixed martial arts fighter. 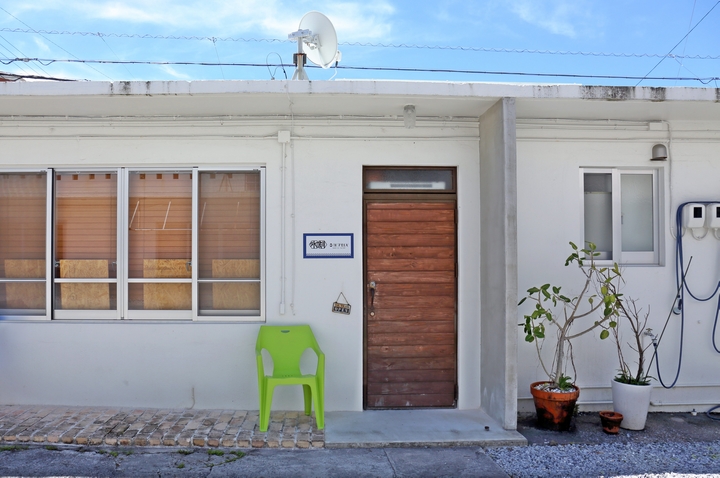 Sou-san’s shop, the Kori wo Kizame, is a café specializing in shaved ice and has become increasingly popular through word of mouth, and every day, he welcomes many customers who visit his shop daily from within Okinawa and beyond. Coincidentally, the two ladies who were seated next to me told me how they’re traveling across Japan to taste the local shaved ice shops at every stop. It seems that it’s not uncommon for people, or connoisseurs of shaved ice, to be visiting Sou-san’s shop from places far away from Okinawa. 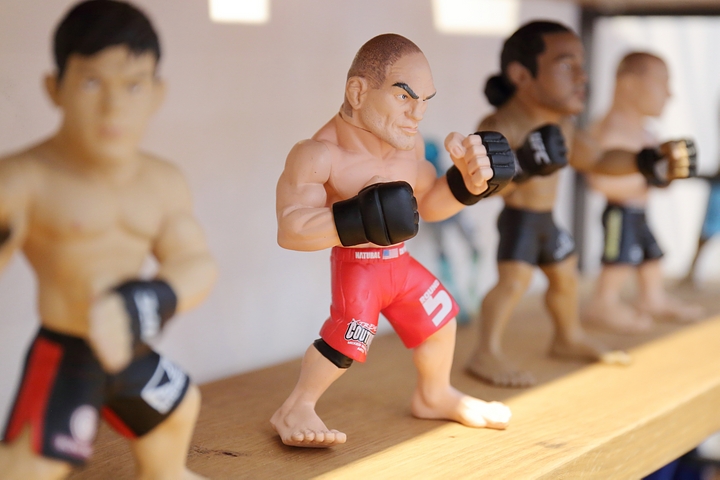 Sou-san, who is currently 35 years old, was a regular businessman while also fighting as a mixed martial arts (MMA) fighter. It began to get difficult for him to continue both things, and at the age of 30, he decided to leave his day job and began working independently. Since leaving the company, he works to operate the café during the day, and the rest of the time, he’s engaged in preparing for his long-time dream of opening his own dojo. 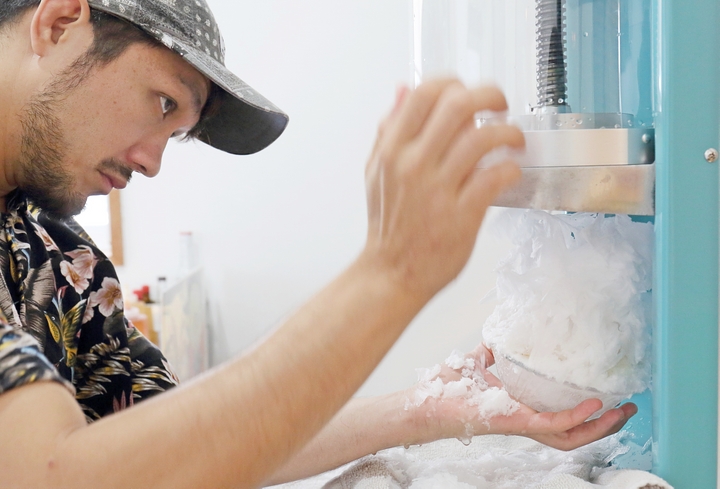 He came across a very special shaved ice offered at Sebastian’s, a very popular shop located in Shibuya, Tokyo, which set him on his quest. The shaved ice at Sebastian is made by a former patissier, and looks amazingly beautiful, like a cake, and completely overturned the stereotypes of many people regarding Kakigori. Sou-san was definitely one of them. Thoroughly enchanted by his newfound discovery, he decided to travel across Japan to eat Kakigori offered at various regions. He soon began working at Yuki Usagi, a shaved ice shop in Setagaya, Tokyo, so that he could learn the ways to operate his own shop someday. 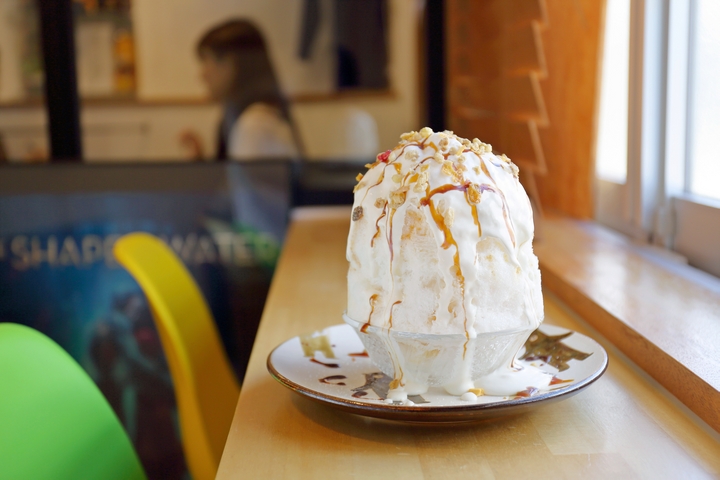 The various kinds of Kakigori offered at Kori wo Kizame are all created based on Sou-san’s preferences. Shown above is Shio Caramel Granola (800 yen) which has homemade caramel sauce, granola, and dried fruits toppings. He came up with his original caramel sauce while apprenticing at Yuki Usagi, and the sauce has a very subtle taste of salt (Shio) in the overall sweetness, and has a great balance that pleases the palate even after a mouthful is swallowed. 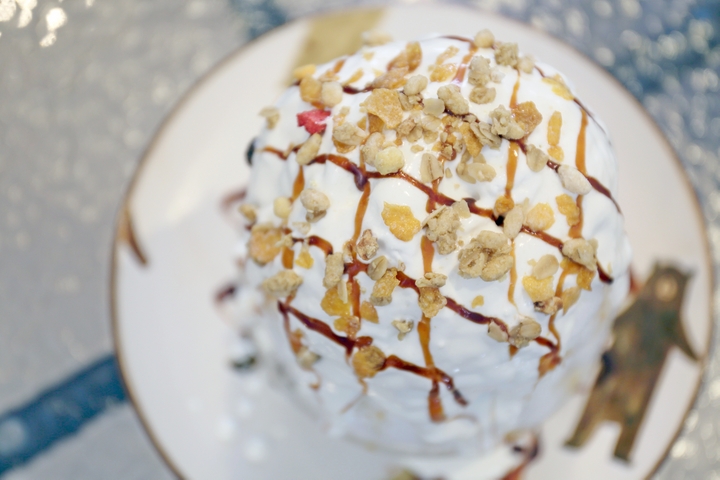 The ice is fluffy as clouds and topped with whipped cream that’s been carefully whipped to maintain its softness. It has a mild but rich flavor overall and the volume is very satisfying♪ It’s sweet, but not too sweet, so you’ll enjoy it to the very last spoonful. 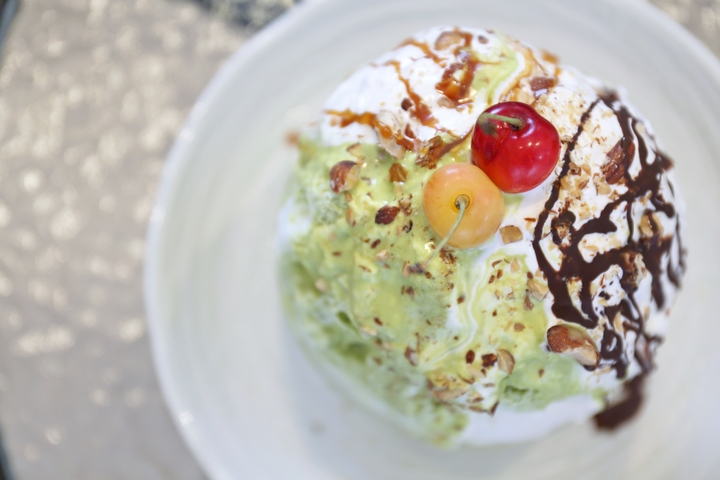 For those of you who want to try different flavors, try the Tenshu Omakase Zeitaku no Kiwami (“extreme decadence recommended by the owner”) (1,500 yen). This Kakigori is prepared with ingredients and syrup available fresh that day, all on one mound of shaved ice. You can enjoy different textures and tastes with each bite. 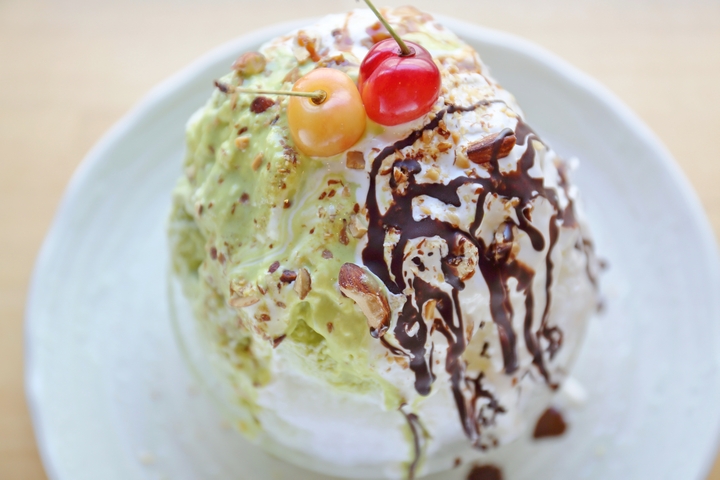 On the day I went, I ordered this great recommendation, and I found that it was true to its name. It had pistachio cream, chocolate sauce, caramel sauce, granola, nuts, strawberry syrup and more. It was fantastic. 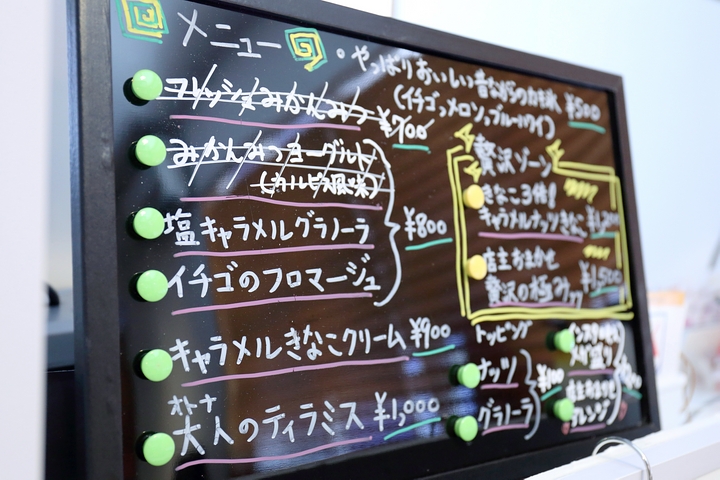 There are about 10 varieties of Kakigori available, including the popular Shio Caramel Granola, Strawberry Fromage, Caramel Kinako (soy powder) Cream, Otona-no Tiramisu (Tiramisu for adults), as well as limited, seasonal selections. In August and September, they offer shaved ice with mangoes and melons, and in the winter months, Sou-san plans on offering shaved ice with pumpkin toppings, too. For Christmas, they’ll have Pistachio and Strawberry Christmas Tree, which Sou-san says is “really, really great, and highly recommended!”

When we think of shaved ice, we think summer, but at Kori wo Kizame, they have a lineup of selections that you’ll want to try during all the seasons. Besides, Okinawan summers are long, and even in December, it’s not uncommon to have warm days when Kakigori is just right. Kori wo Kizame is a great place to stop by throughout the year♪ 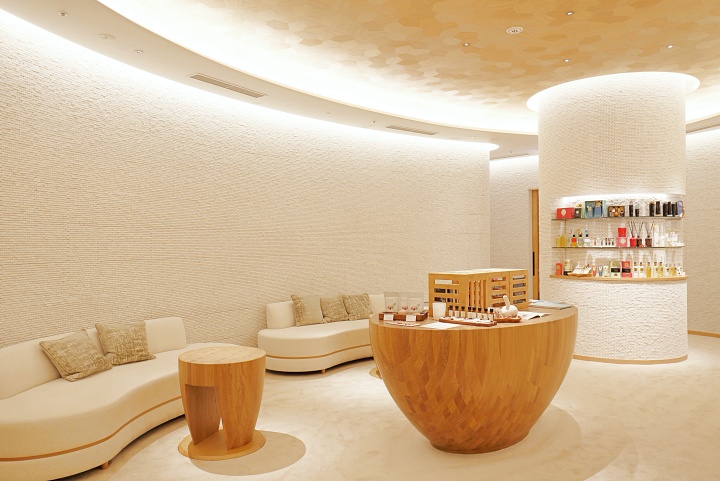 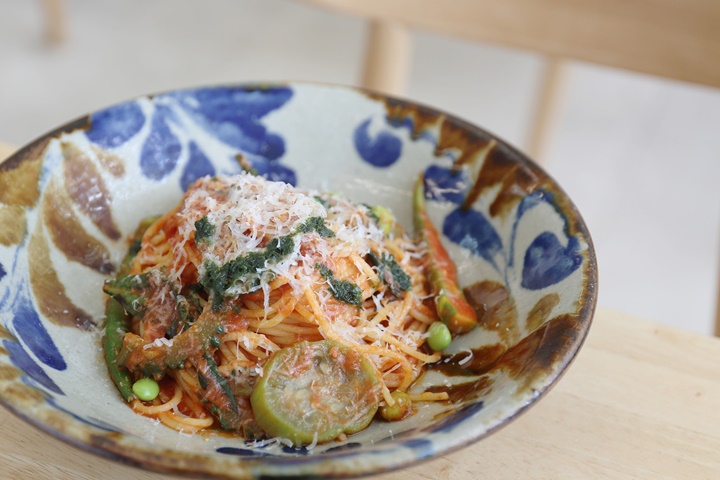 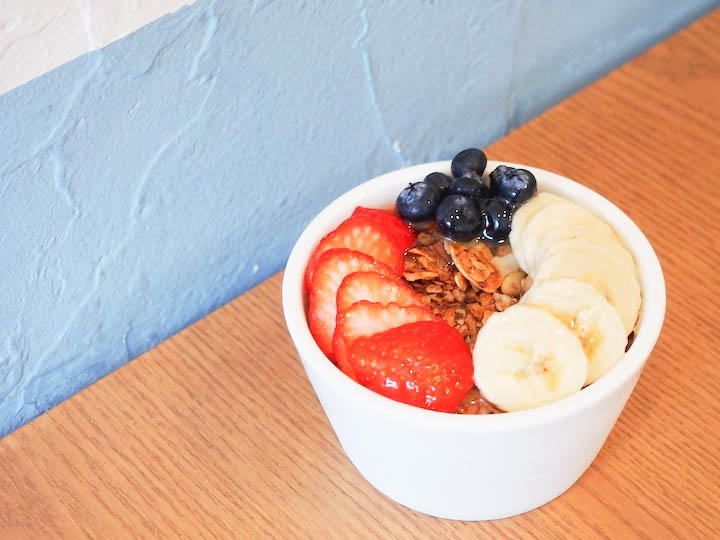 Anti-Aging with Sweets!? Feast on the Popular Acai Berry Bowl for Breakfast 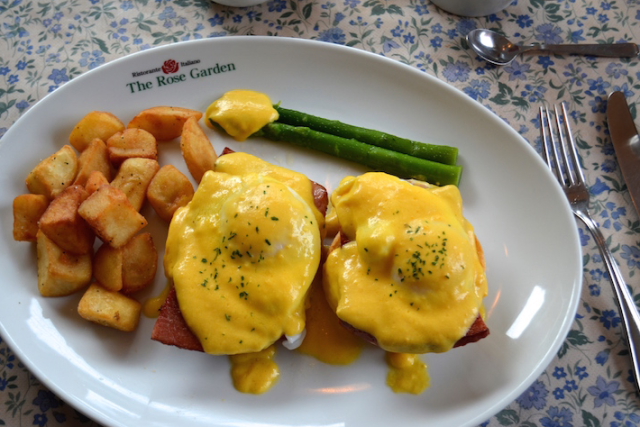 For a Morning that’s a Little Different from the Ordinary and with an American Feel, How About “Breakfast at Rose Garden”? 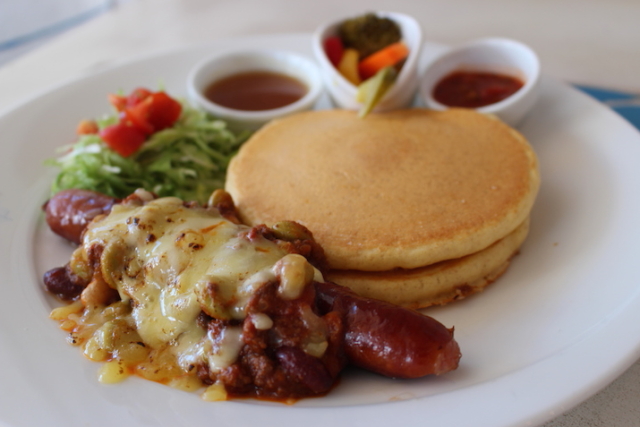