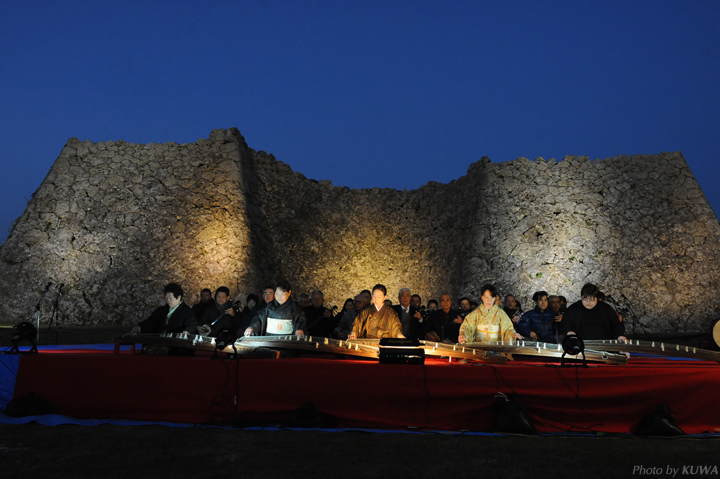 The world heritage site, Nakagusuku Castle Ruins is located stretching between the villages of Nakagusuku and Kitanakagusuku in central Okinawa.

The event “Watka Teda Watching” is held around the winter solstice at Nakagusuku Castle Remains.

In Okinawa, “Waka Teda” means “Waka (Young) Taiyo (Sun),” and it has been said that from a long time ago, on the winter solstice, the sun is newly born. 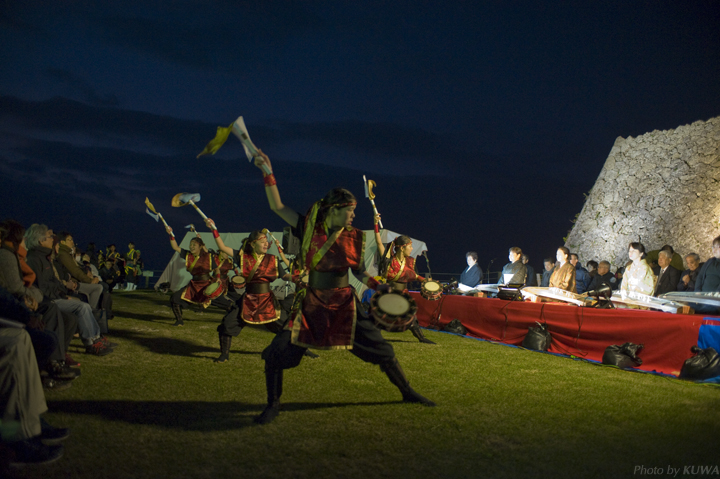 The event is held by the villages every year to welcome the sunrise of the Waka Teda at World Heritage Site, Nakagusuku Castle Ruins, and this year marked its 17th anniversary. 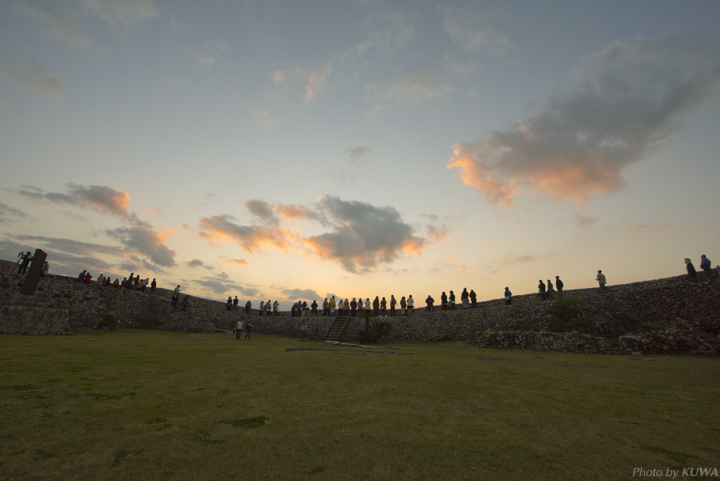 The solstice this year is a very special one called Sakutan Touji*, which occurs every 19 years.

“The 17th Waka Teda Watching” was held on Sunday, December 21, which was the eve of the winter solstice, which is called “Tushinuyuruu” in Okinawan language.

In addition, it was a lucky day on the Japanese calendar.  What an auspicious day with many things coming at just the right time!

*Sakutan Touji: When the winter solstice happens to be the first day of November (in the old lunar calendar) once in 19 years, it is called sakuten toji. 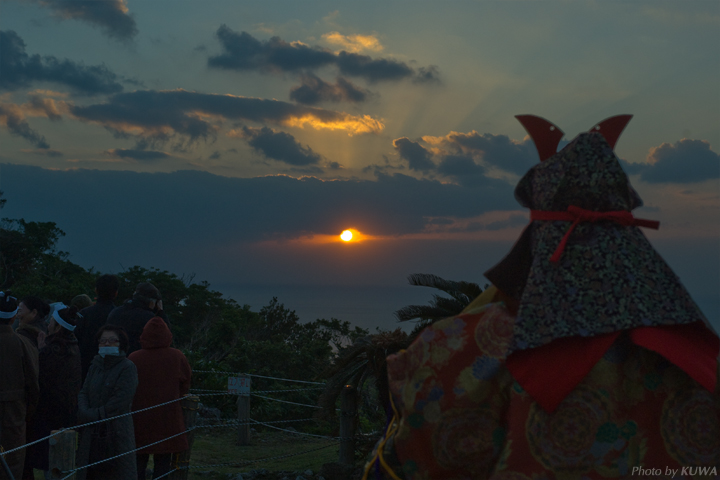 This is the back of a man who acted as Gosamaru, who was an owner of the Nakagusuku Castle.

When I was “Machikanthii (an Okinawan word meaning “waiting)” with the Gosamaru and local people in the villages, a new sun was going to rise finally! 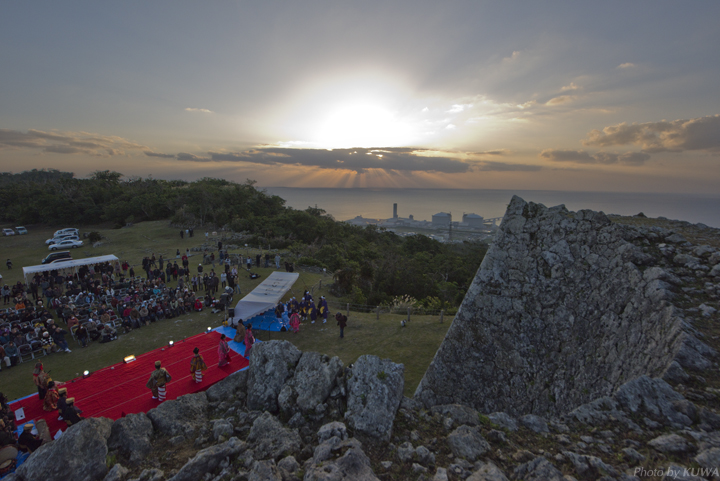 The moment the Waka Teda came into our sight, the visitors gave a scream of delight.
“I got through this year.  May I live peacefully this coming year!”
I heard this prayer from the person next to me. 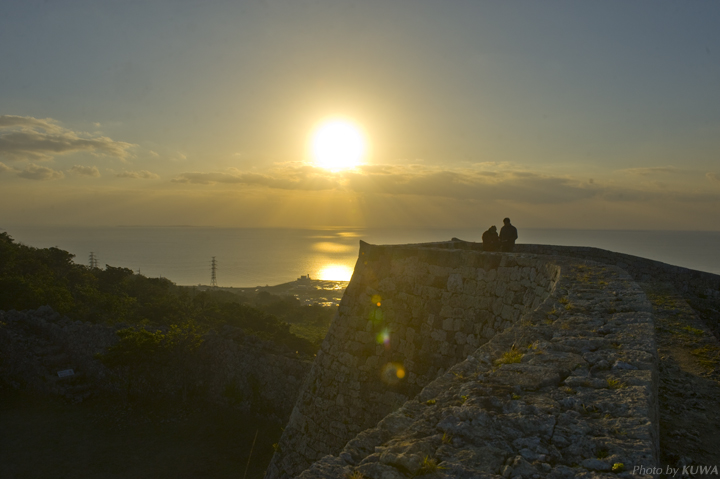 The whole castle lit by the light of Waka Teda was so full of celestial energy. 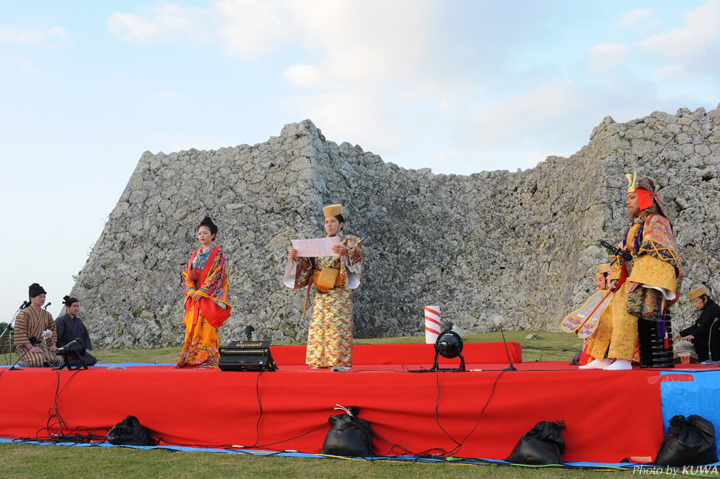 An original play titled “Wedding Vows Ceremony,” which is the main attraction of “Waka Teda Watching” this year, was performed after appreciating the sunrise.
It is an auspicious play with a theme of traditional Okinawan niibichi (an Okinawan word meaning “marriage”). 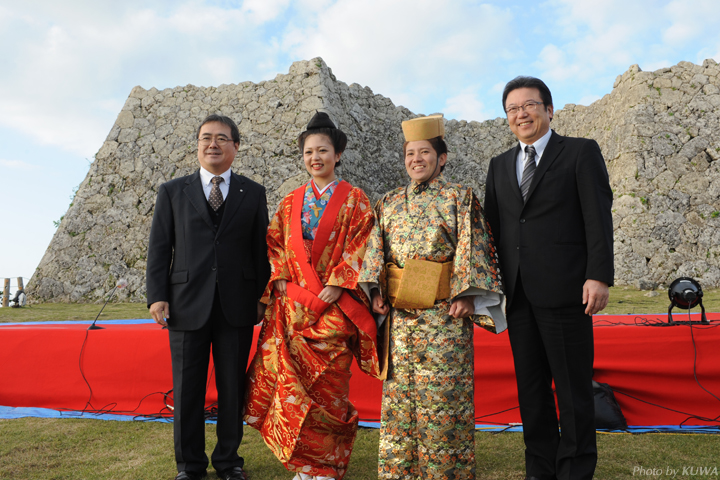 Actually, the main characters were played by local young couple who were going to marry soon.

The groom, Mr. Makoto Aguni, who is from Kitanakagusuku Village, said,
“I think this opportunity of being celebrated at the castle is the treasure in my life.”

The bride, Yui San, who is from Nakagusuku Village, said,
“'I've never been this happy ever in my life!”

I felt as if they had shared their happiness with me.  That was a heartwarming moment.

And on top of that, the staff members gave out rice balls of tunjii juushii (Okinawan flavored mixed rice cooked on the solstice day), tangerines, jasmine tea, and coffee at the venue.

Impressed by the obvious warmth of the event, I thought I would love to join again next year. 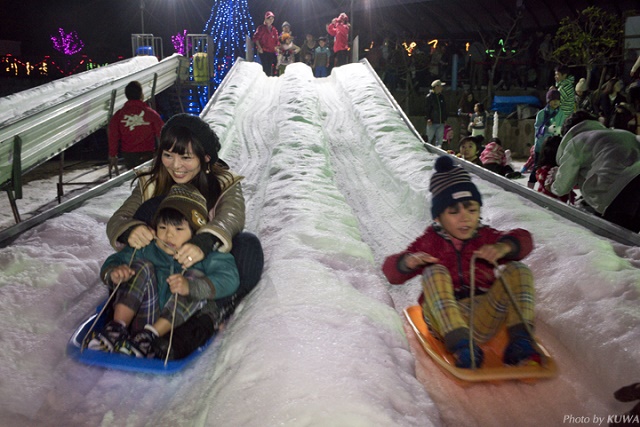 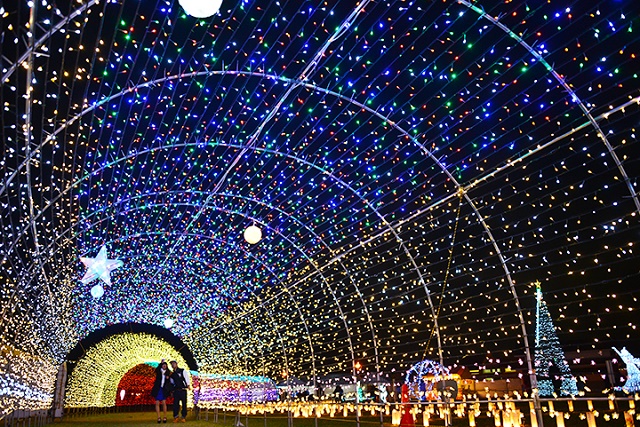 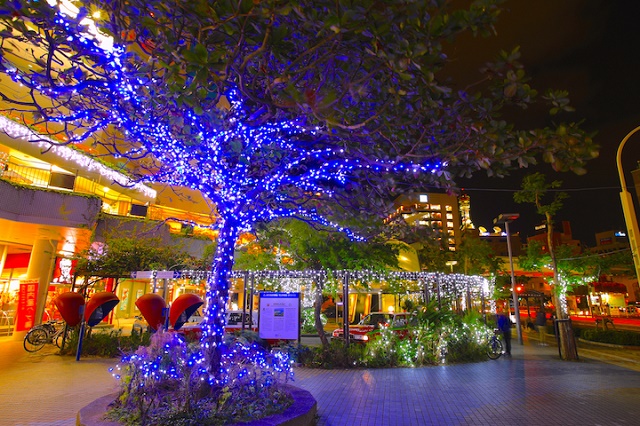 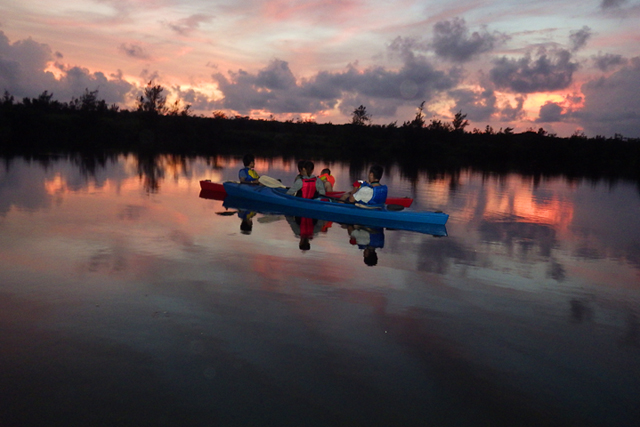 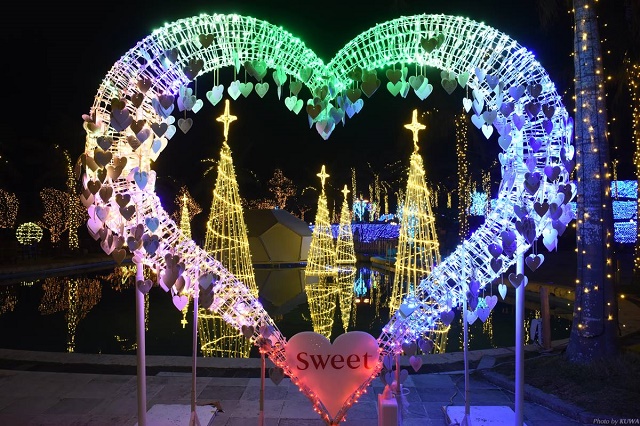